If craft beer had a holy day then IPA (India Pale Ale) Day is most definitely it. It was started a few years ago by well known craft beer evangelist, Ashley V Routson, aka The Beer Wench. Since that auspicious moment of genius, IPA Day has grown into arguably the most popular of all international days, including International Grilled Cheese Day *gasp*, yes I said it. So without much further ado, we present to you our pick of seven great IPAs to sip on this IPA Day.

Giant IPA is brewmaster Rory’s ode to the lupulin (the yellow stuff in hops that gives aroma and bitterness). It’s a beer that he’s been working on for years and it shows in the complex character. It’s rammed full of hops that explode with citrus and pine flavours as they float along a substantial malt backbone. It’s an IPA for the ages and the choice of Norse gods throughout the realms.

Here’s the thing with this beer. It only launched a few days ago and we’ve haven’t had the pleasure of tasting it yet but here’s what we know. It’s black, it’s an IPA, and it’s Devil’s Peak. If it’s anything like their old black IPA, then we can safely say that it’s hoppy, intense and awesome. You should get to the Taproom ASAP and who knows, we might even see you at the bar.

Ah Cape of Good Hops, how we love thee. It’s hard to write any IPA list without including this old favourite. If you’ve never had one then you seriously need to ask yourself, what exactly am I doing with my life? It has a huge hop profile that’s bursting with passionfruit, gooseberries, granadilla and grapefruit. Simply put, it’s ridiculously good. Get it. Get it now. 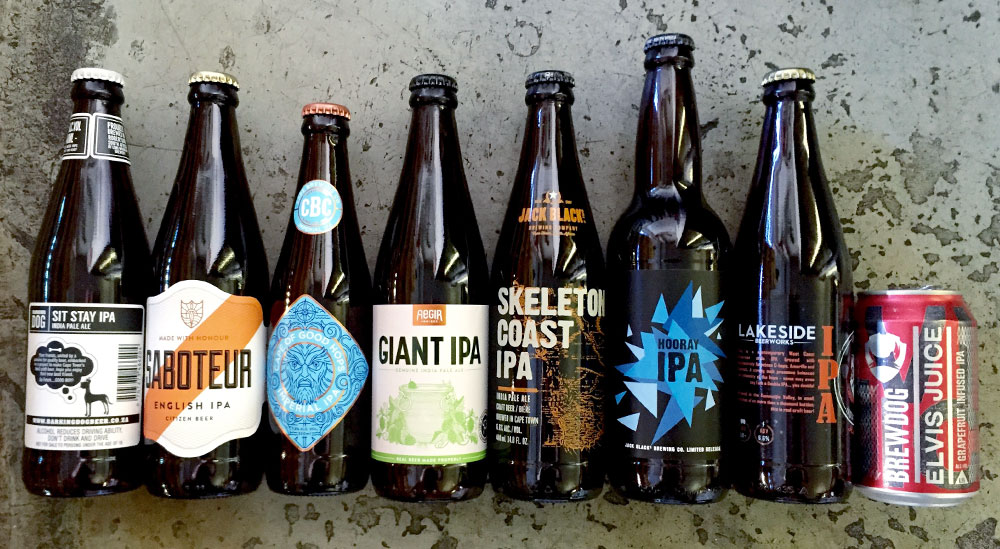 Just like the King himself, Elvis Juice burst onto the scene and left a trail of adoring fans wherever it’s been available. Opening a can of the stuff is like a mini nuclear grapefruit bomb going off in your face. From there it karate chops its way onto the palate with a five hop combo, which is supported by a caramel malt backbone. It may be new but we think it’s already a classic.

If you’re looking for a religious experience this IPA Day then look no further than Banana Jam Café. This house of the IPA holy is celebrating with a great lineup of hoppy brews, but if you want to try something really special, then look for the Death Hawk Moth Caterpillar tap. It’s a double IPA and it’s got some bite. We’d tell you what it tastes like but our last experience is a little hazy. What we can say is that it’s hoppy to the hoppity, hop, hop.

Did you know that Riot’s IPA is conditioned in tanks that are lined with speakers blasting Jimi Hendrix 24 hours a day? They say the guitar solos help the hops release their notes which results in a whammy of tropical fruit fusion. It’s crisp, refreshing and even though it’s not widely available, it’s developed something of a cult following. Join the Riot cult today, their Kool-Aid is deadly… but in a good way.

The Red Hot Chilli Peppers may be dreaming of californication but we’re dreaming of Californicator. It’s big, fruity and has enough kick to satisfy any hophead this IPA Day. Make sure you get down to the brewery today ( 4 Aug) between 5 and 6 PM for a 330ml draught at the measly price of just R10 bucks.

What do you mean you’ve never been to Roeland Liquors, the bottle store with the most epic craft beer selection in town? Much you have to learn my young IPA padawan. Go now and become the IPA Jedi you were born to be. 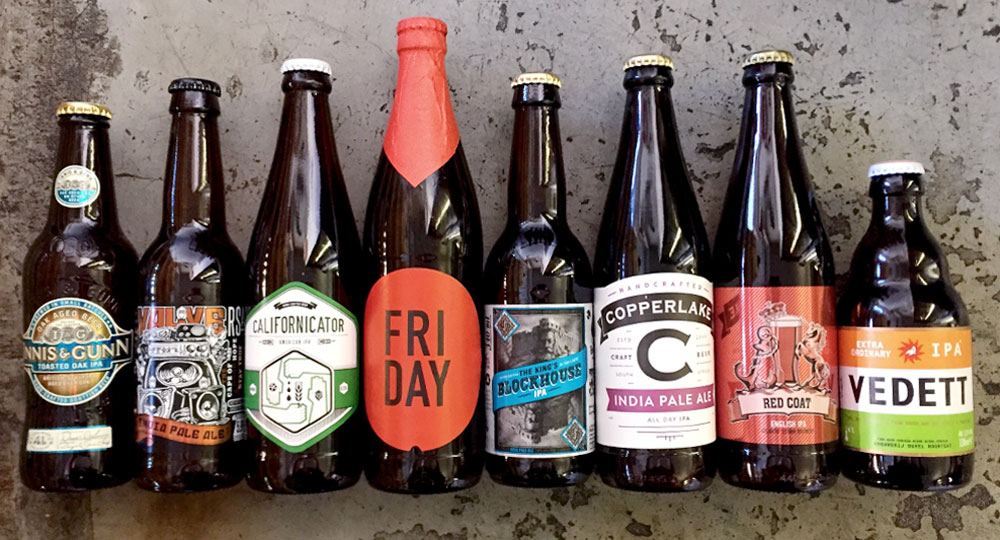