Everything seems like a great idea when you’re a few stouts in and are sitting around a bonfire next to a shipwreck on the tip of the African continent. The true test is when you wake up the next day and it’s still a great idea, that’s when you know you’re onto something special. Introducing our Beer Country and Fraser’s Folly collaboration brew – Dark Continent Moerkoffie Condensed Milk Stout.

Fraser is one of our favorite people on the planet. This guy is an Englishman of the highest order. In 2010, he let love rule and left the UK behind as he followed his missus back home to South Africa – he even has a beer called Soutie. Good thing he brought his brewing skills and a few ale recipes with him.

We first started chatting about brewing together while tasting beers on the end of the Struisbaai harbour jetty. Since that fateful day we’ve been through many interesting recipe ideas such as a salty-oyster stout made with local oysters, to a full-English-breakfast stout, which would pair fantastically with baked beans on toast. One thing was certain – it was always going to be a stout. 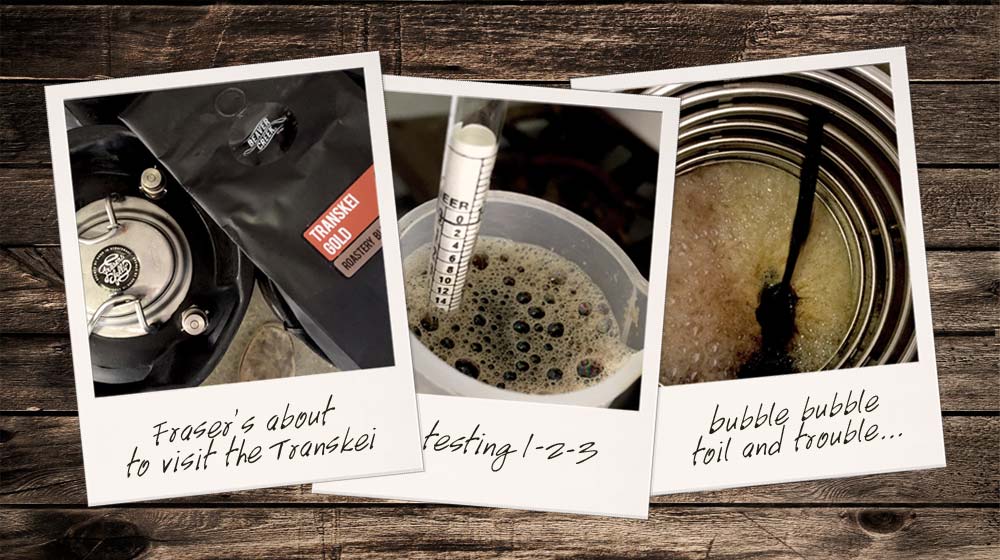 In Beer Country, we love a good English stout – it’s dry and chock-full of dark chocolate bitterness. We also love fire and we love a great cup of knock-your-socks-off moerkoffie. It just made sense to combine them all – so all that was left for us to do was find the right coffee.

Enter Beaver Creek, one of only a handful that actually grow and roast their own coffee in Mzanzi. We gave Dylan and Angy a shout and let’s just say this, what an epic result from two awesome people. After a few coffee tastings and plenty of expert advice – we settled on their Transkei Gold Blend. It’s an African-style medium-plus roast with hints of toffee – and let’s be honest, who doesn’t love a little Transkei Gold every now and then.

With coffee sorted we headed down south and got up before sunrise the next morning. Bleary-eyed but fired up, we got stuck into the dark depths of coffee stout brewing. There’s something so special about standing and watching nothing in particular – knowing that the chemistry you can’t see is going to produce something deep, dark and delicious. 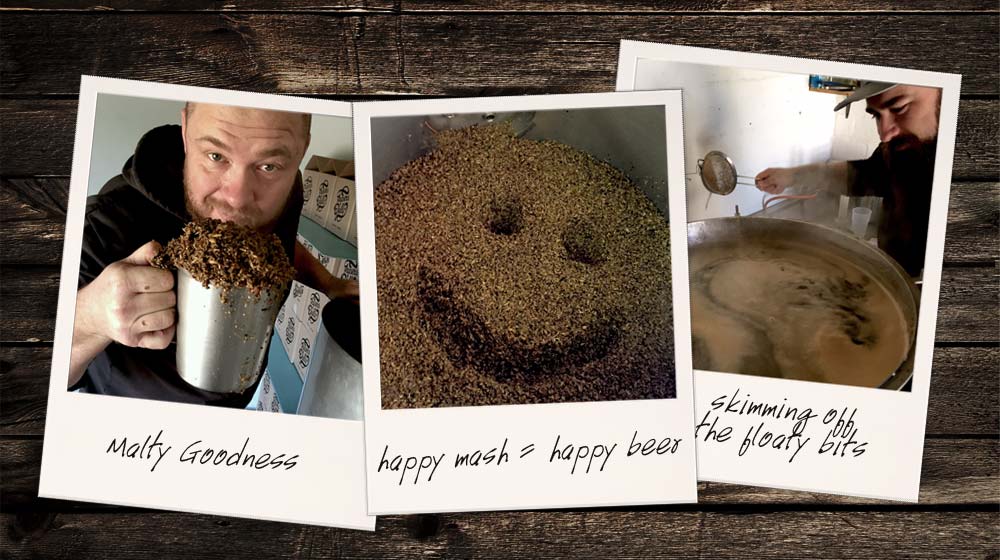 Between the malts, the hops, and the coffee we spent the day in a tasty-hazy mist, and left with the pride of a first-time parent. By the end of the month, our baby will be of drinking age – they grow up so fast.

Journeying through Beer Country, we have been very lucky to find the following out firsthand – that a great craft beer is a true reflection of the people that brewed it. We can promise you that after lots of research (read: beer) and lots of experimentation, no small amount of love has gone into this brew. So here’s to another adventure in Beer Country – cheers!

Lookout for it at our Village Idiot Braai Collab with the guys from Santa Annas on the 28th August 2016, and at various taps around Cape Town (for now).