As we headed up the stairs to what’s fast becoming our regular Sunday afternoon hangout, we were welcomed by the delicious aroma of braai lingering in the air. The sun was shining, the beers were cold and we were ready for another Village Idiot Braai Collab – you’ve gotta love winter in Cape Town.

Resident chef, Wesley Robb, was the braai master for the day, and with the help of Village Idiot team, he was cooking up a German feast. Just watching him made us thirsty so yes, you guessed it – it was time for beer! 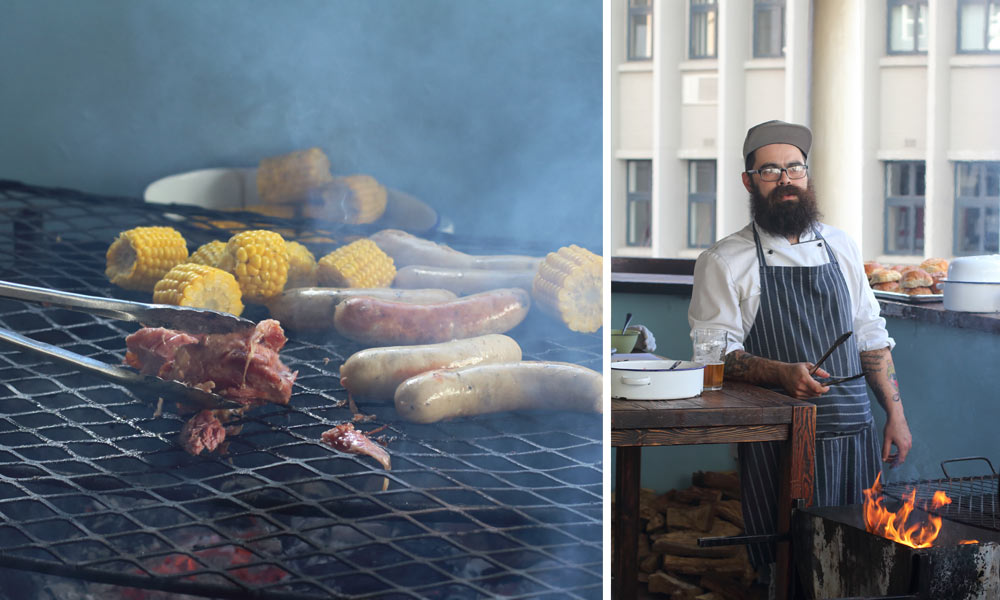 Our good mate, Martin The Beer Merchant, had roped in not one, but two breweries for the day. First up was Hoogeberg, which is run by a passionate team with a crafty attitude and a serious love for beer. They’ve bucked the trend with their first beer, Bontebok Five Crops, so named due to the inclusion of a few extra base ingredients like rice and maize. They reckon it definitely adds to the flavor profile, and the result is a clean, crisp, low-alcohol brew that you can drink for days. Next up was their Ystervark Hybrid Lager. It’s brewed with an ale yeast and fermented at cooler temperatures to produce a cleaner beer, yet still maintain a fruity ale kick. These guys are definitely not scared to try something new and their brews were a great start to the day. 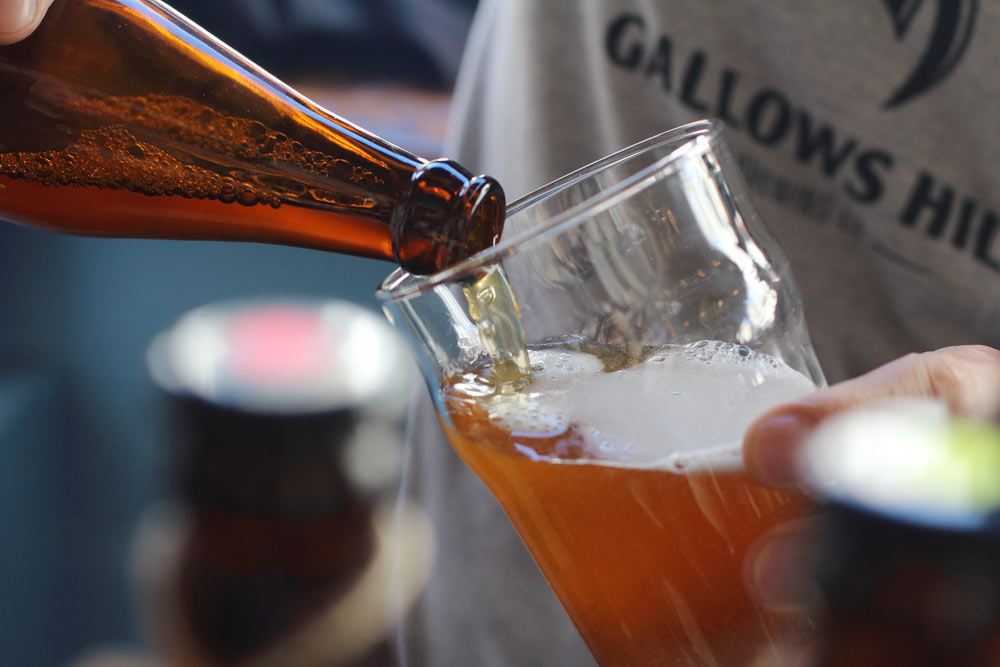 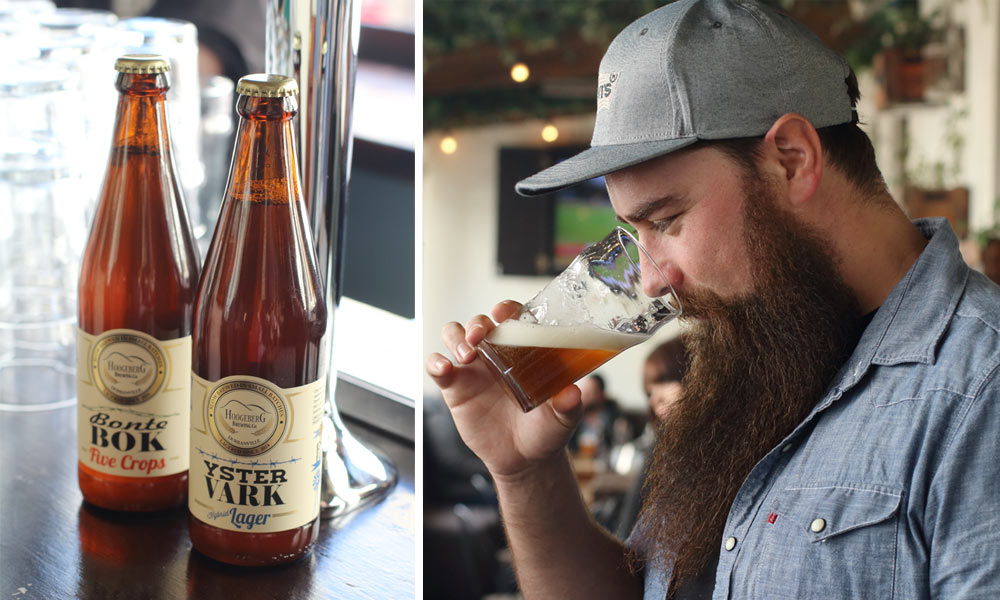 Standing right next to them, were the guys from Gallows Hill Brewing Co. Their beers look and feel like the tagline says – ‘craft beer to die for’.

With toe-tag swingers, a sickle-like logo and a crow for good measure, these guys get the dark side of things spot on with top class branding and packaging.

We’ve enjoyed their beers for years but we’ve never actually met the brewers, so a chat and an ale, or three, was definitely on the cards. 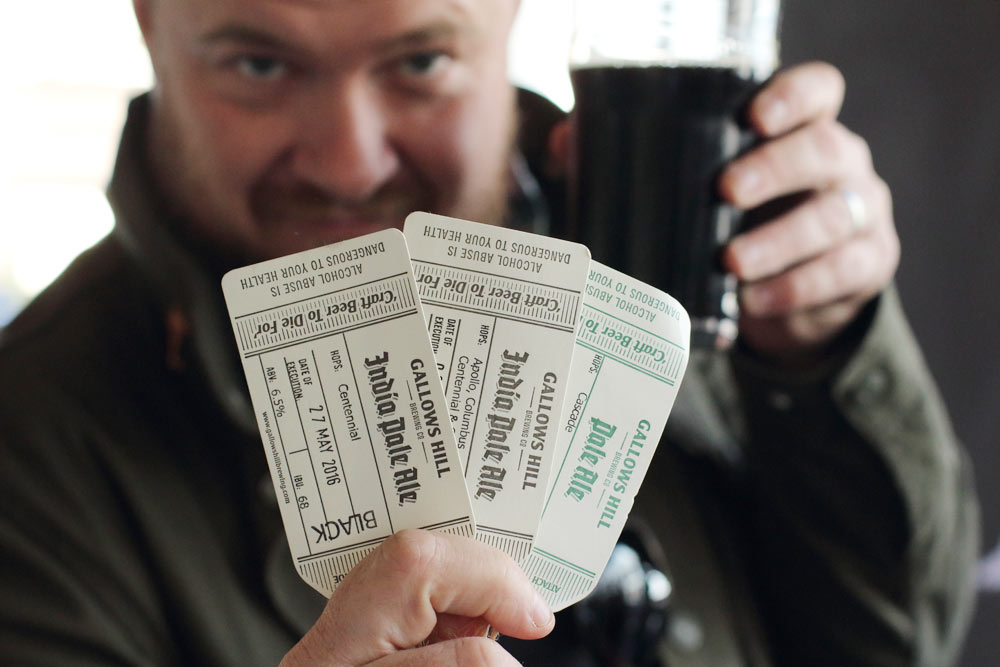 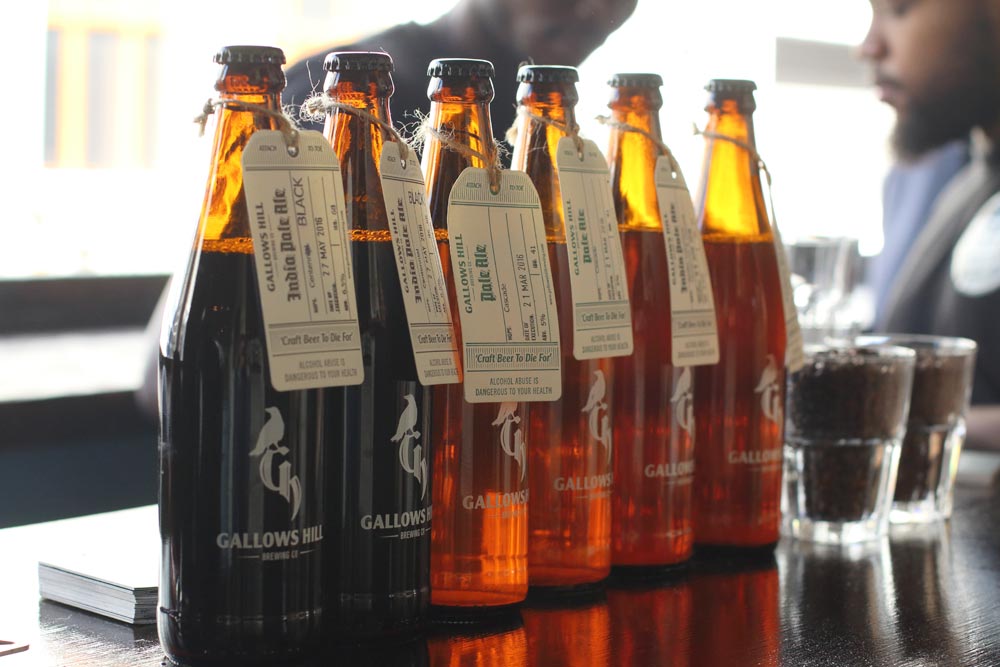 To kick things off we got stuck into their new Cascade Pale Ale. If crisp and dank ever belonged together in the same bottle, then this is it.

Next up was their IPA with a sticky, fruity kick upfront, followed by a malty backbone and a lingering bitterness that snuck up on us like Morticia Addams at midnight.

Speaking of sneaking up, it was around this time that our stomachs gave us a gentle ‘feed me’ kick from the inside.The star of the show was Eisbein pulled off the bone, finished on the braai, and then tossed on a roll with sauerkraut and mustard. It was served with a fire-grilled bratwurst on the side and a buffet mountain of the freshest potato and green salads – top class chow. Our sister, Julie, reckons that if you give Wes a wink and smile, he’ll throw on some extra crackling for you. 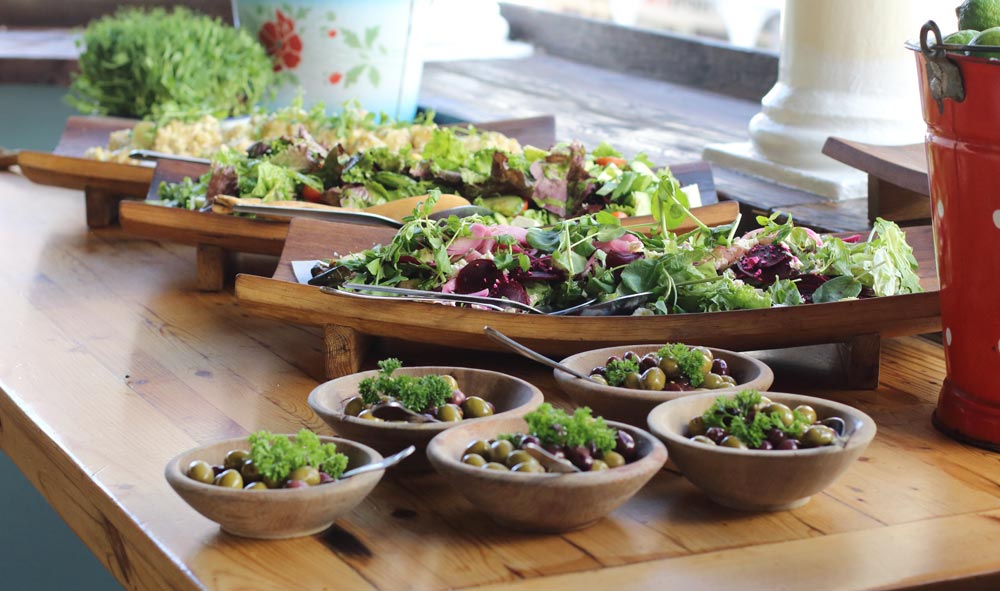 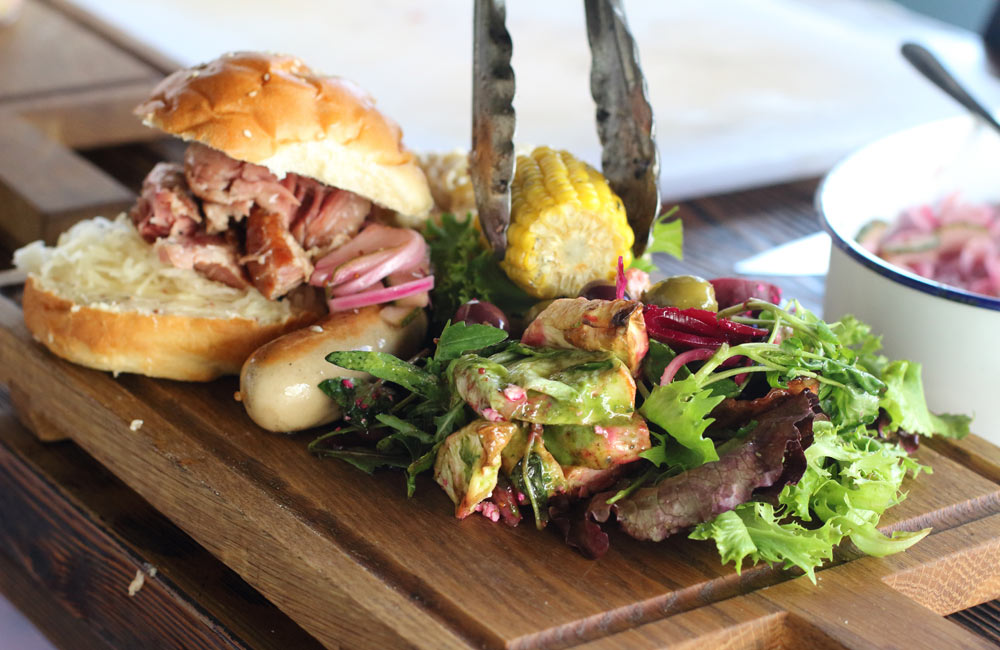 As we headed into the close of play, there was still one beer on the menu – Gallows Hill Black IPA, and there was no way we were missing out. This roasty Eskom-black, small batch brew delivered like a gravedigger – in spades.

All said and done, this little Sunday celebration of beer and braai just keeps us coming back for more. Chalk up another epic win for the Village Idiot. We’ll see you all again very soon.