Justin Bonello is a self-made man of many talents. Most of us know him as the barefoot bush cook from his long running TV series, Cooked, as well as the host of the hugely successful, Ultimate Braai Master. With all the time he spends on the road, it’s surprising that he has time to do anything else. But four years ago he decided to make a green change and it came in the form of veggie garden. It’s taken a lot of blood, sweat and compost to get to where he is now, but he says he wouldn’t change it for all the potatoes in Ireland. 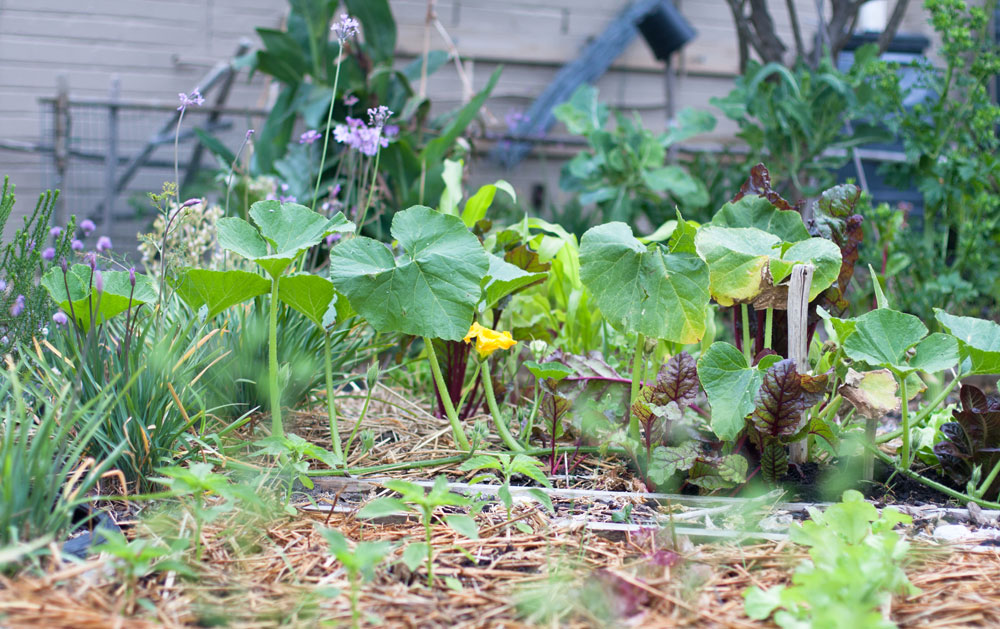 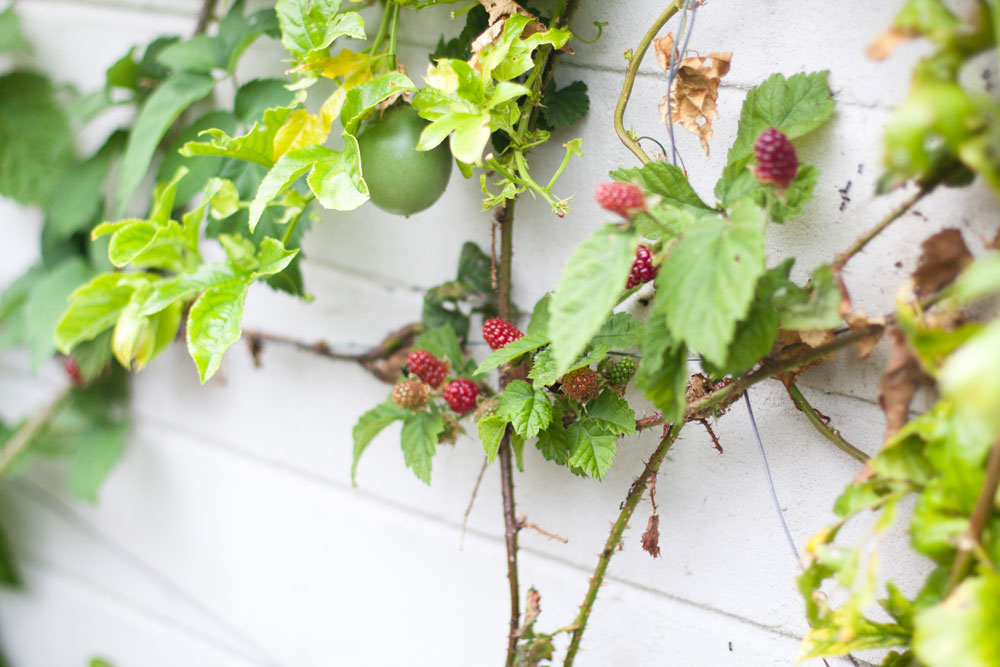 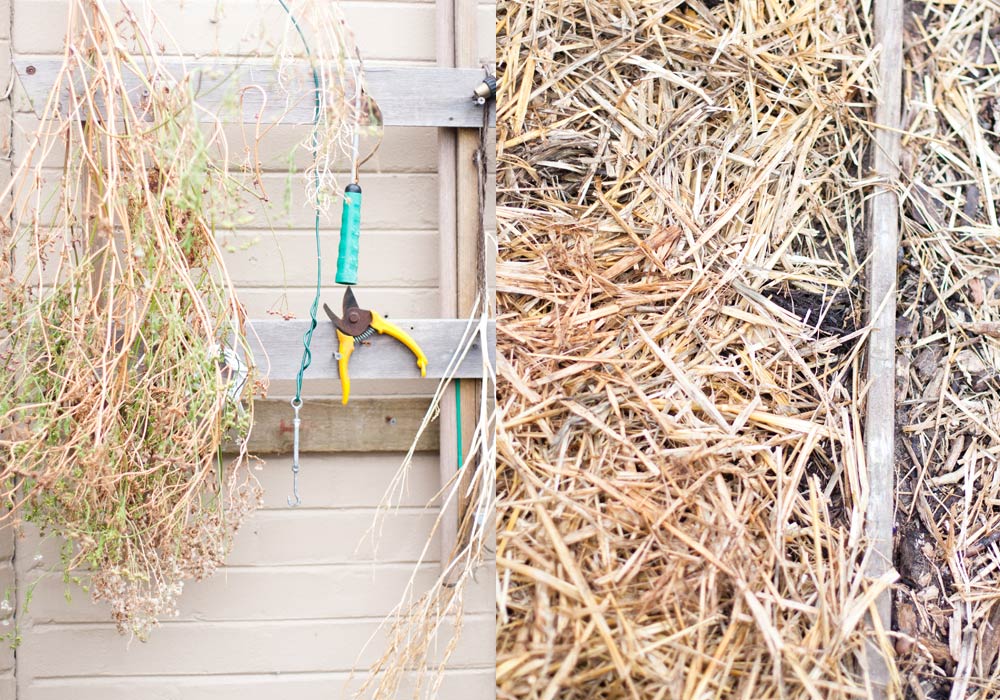 Today Justin is the proud owner of a flourishing garden that’s able to feed his and his neighbours’ families. He’s got everything from spinach, kale and lettuce to mieles, pumpkins and beans. He’s also got six types of tomatoes, five types of berries, multiple fruit trees, a Hanepoot grapevine, and you know those Irish potatoes I mentioned earlier? He really doesn’t need them because he grows his own – both sweet and regular. During the full bloom of December and January, eighty percent of what Justin and his family eat is picked from the garden.

As we stood and marvelled at the abundance, Justin told us of the challenges he faced when starting out. The soil for one was probably the biggest of all. The Cape peninsula has very sandy soil and water tends to sit on top of it rather than be absorbed. He explained how they had to dig down into the earth and add layers of mulch and compost to create ideal conditions for growth. He also explained the importance of knowing your environment before you even dig your first bed. You need to know how much wind you get, and from what direction it blows. You also need to know what areas get the most sunlight and shade to plant accordingly.

For Justin the key to a successful garden is patience. Green fingers are earned over time and there’s no such thing as instant gratification. You need to put in the work and avoid shortcuts if you want to see the best results. He says his garden has taught him a lot about life and business. The saying, “you reap what you sow” has taken on a whole new meaning for him. He says you have to put love into what you do if you want to get the same in return.

As well as love and patience, it helps to have great compost. And if you want the best then it pays to get down and dirty and make your own. Justin has several compost heaps at various stages of funkiness. All kitchen waste, garden waste and dog manure goes onto the heaps. He even collects horse manure from a nearby stable to spice up the mix. As he grabs a handful we can see the mix is teeming with bugs and worms, all doing their job of creating nutrient rich fertiliser.

Justin’s garden is a pesticide free zone and he’s a big believer in letting nature look after itself. Every bug plays its part in the garden and even if some plants get munched on, they have a way of bouncing back stronger. As we stood in the garden we really got a sense of nature just humming along doing it’s thing. The beauty about growing organic food like this, apart from the fact that it’s cheaper, is that you know exactly what went into the soil because you put it there. 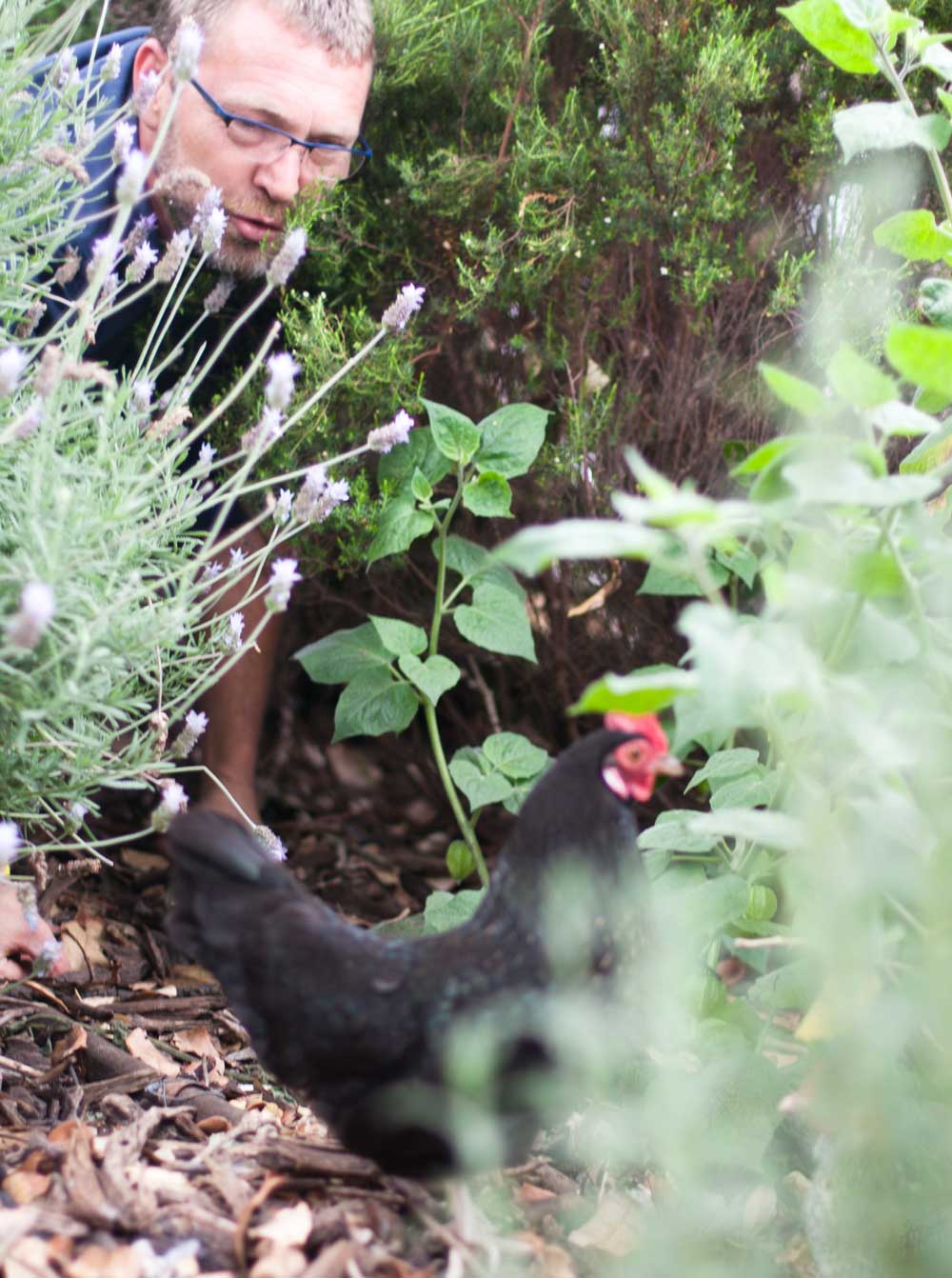 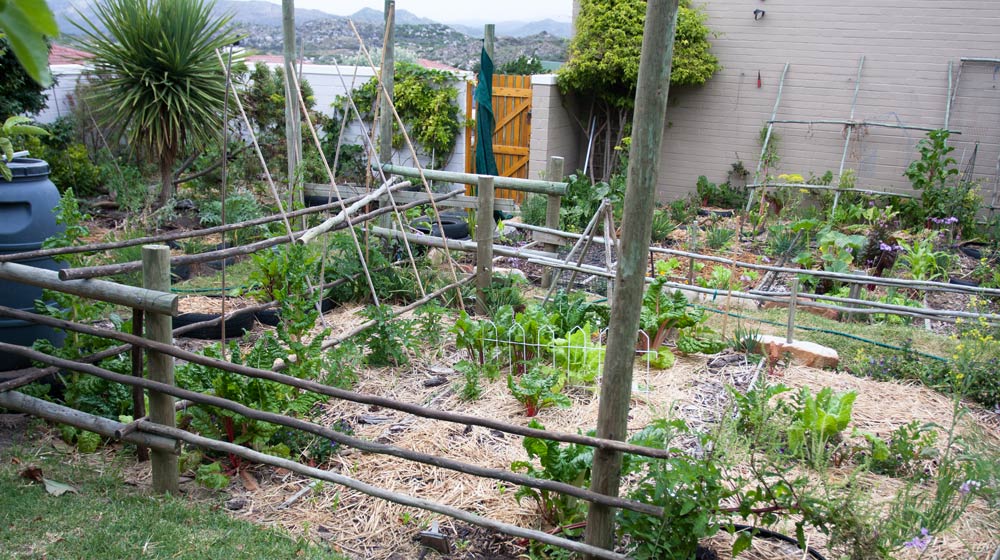 As we left the front garden we wound our way down the garden path dodging chickens, Mavis and Myrtle, on our way to the back. Here we found another sprawling garden that was full of normal vegetation mixed with edibles dotted all over the place. We continued on to greenhouse in the corner of the garden, Justin’s version of a outdoor man cave. Inside we found a simple hydroponic set up that he built out of plastic gutters, water pipes and a barrel of water – simple but very effective. Here he has eleven types of lettuce that grows so vigorously he can harvest from it daily. 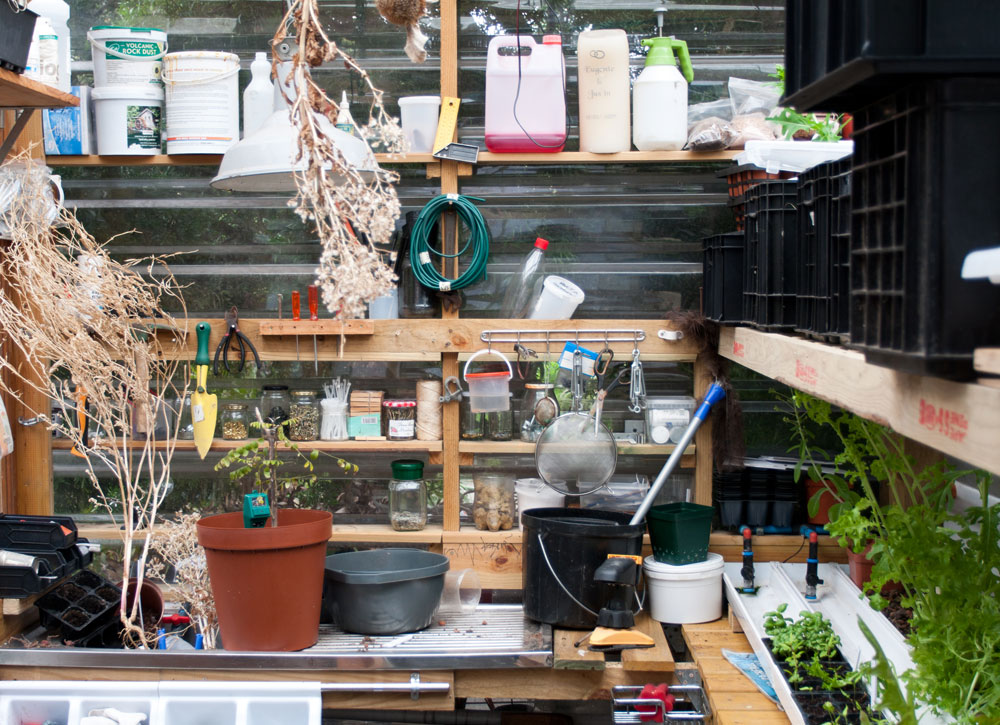 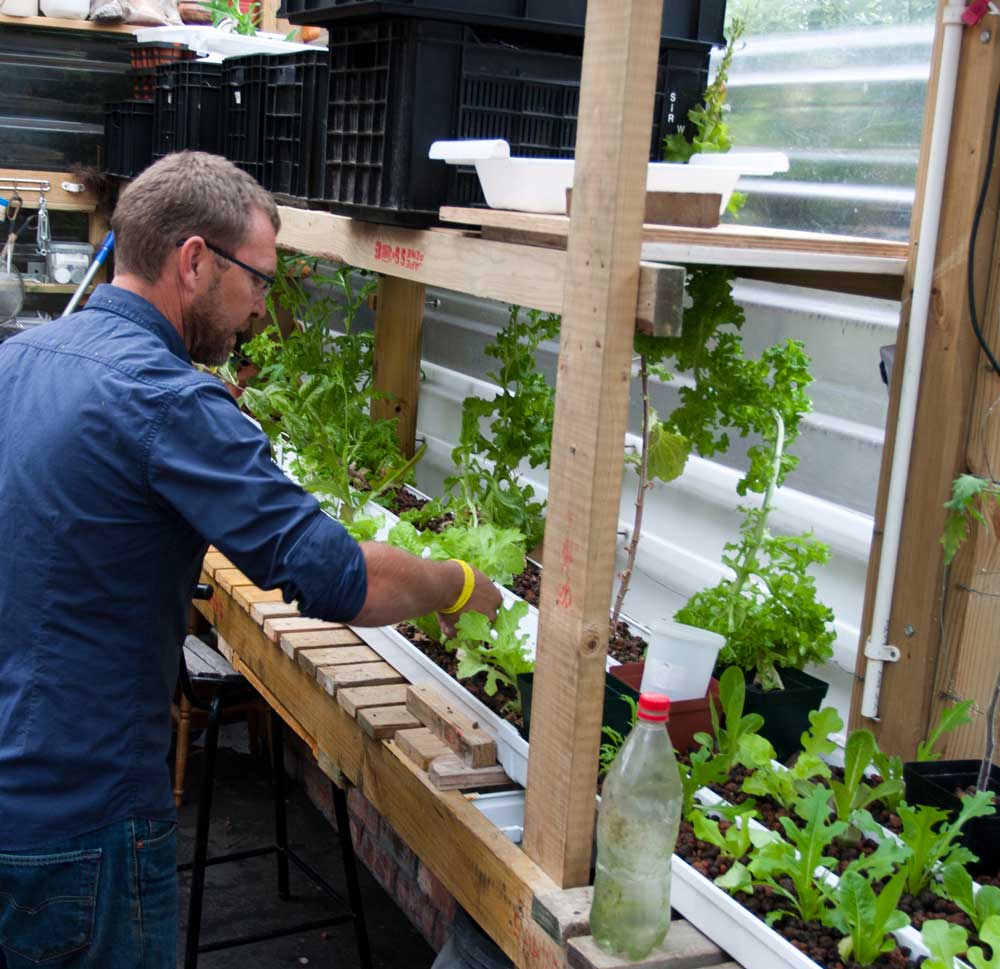 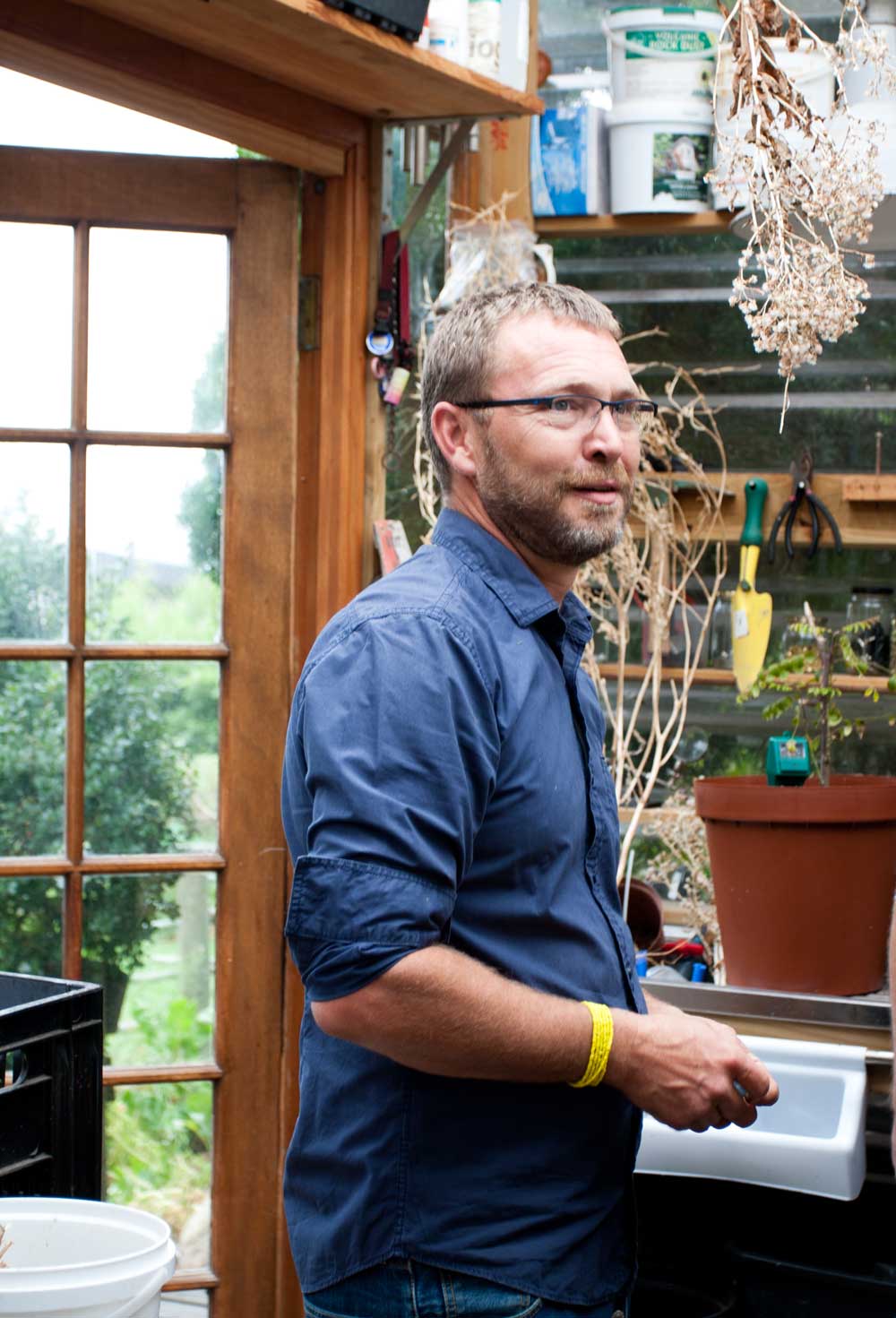 The greenhouse is also home to pet project challengers like growing pomegranates, which have just begun to sprout. It also houses bunches of dried plants that have gone to seed so he can replant then at a later stage. Justin’s attitude is that he’s not prepared to buy things that he can grow himself. I think in this day and age we could all benefit by adopting a little bit of this DIY approach. Justin has successfully put himself back in touch with where his food comes from, but most importantly, he’s passing this knowledge onto his kids.