Understanding humans isn’t always the easiest thing, but luckily we have the stars to help navigate a world riddled with testy Taureans and secretive Scorpios. But because not everyone ‘gets’ horoscopes, we’ve decided to help you and put things into more relatable and tastier terms by listing all the zodiac signs as sweet treats. Eat your heart out. 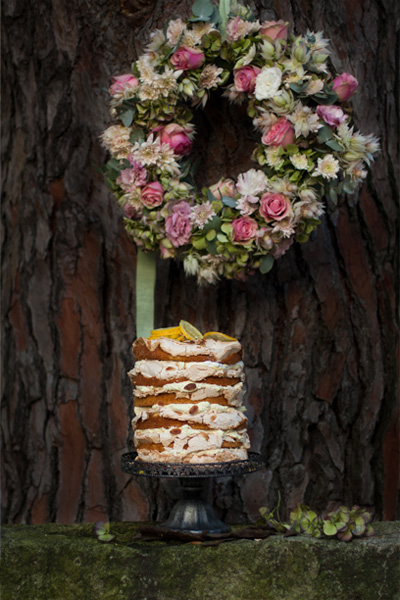 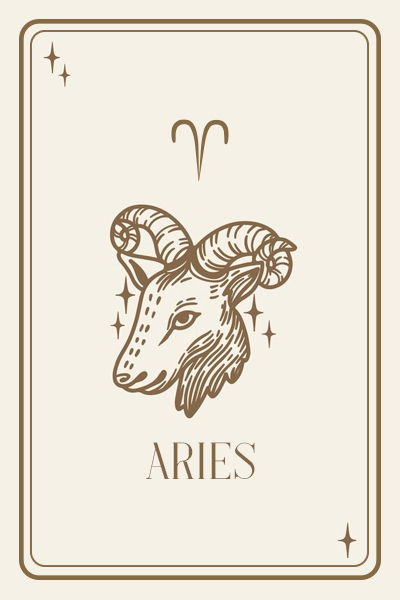 This ram is the first sign of the zodiac pack, which is pretty fitting because they’re competitive by nature. Aries can be a show-off and give off an ‘everything you can do, I can do better’ vibe, which is true for the most part, we guess.

They’re highly skilled, read ‘smug’ and tend to overcompensate for their competitiveness.

If you know an Aries give them a hug. Given their creativity, we think this zodiac sign’s sweet treat would undoubtedly be the ultimate OTT dessert and pièce de résistance that is this show-stopping 6-Layer Almond Meringue Cake. 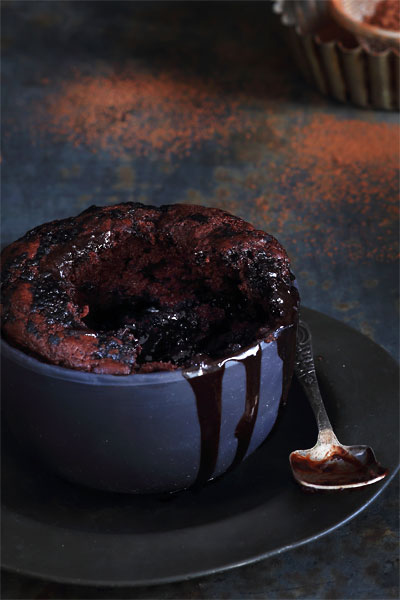 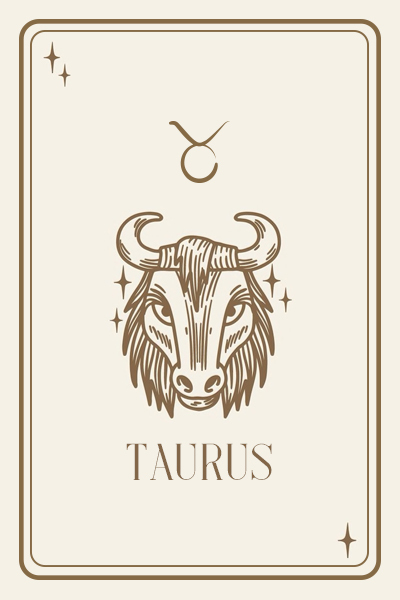 Taureans are difficult to decipher. On the one hand they’re delightful, amicable and make good friends — on the other, they’re hard-headed much like their animal spirit, the bull.

Taureans are some of the calmest, most confident and kindest creatures, but they’re not about compromise. 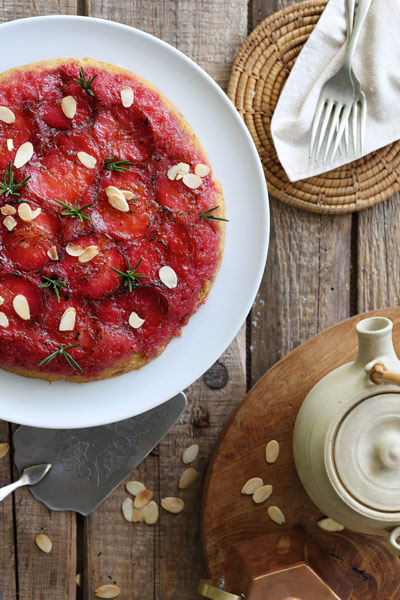 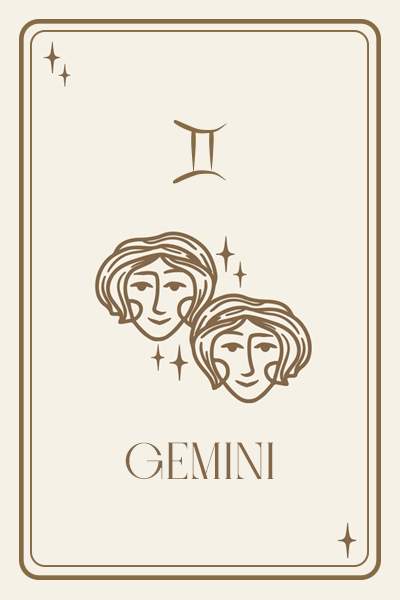 The zodiac symbol for Gemini is the celestial twins — hence the myth that they’re two-faced. But, they’re actually just lonely because they got hungry and ate their twin in the womb.

This air sign changes with the weather and can be restless, impulsive yet flexible.

The best treat for this sometimes shallow, unpredictable and whimsical sign would probably be this Plum, Honey & Rosemary Upside Down Cake. 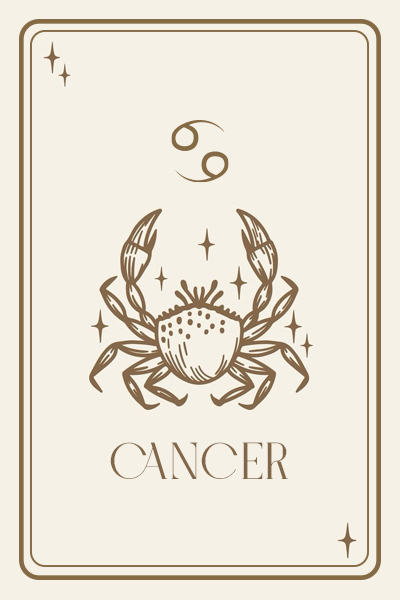 This cardinal water sign teeters on emotional fluidity. They can compassionate and sensitive to environments, which would’ve been fine if they weren’t so passive-aggressive.

Like a Chocolate Soufflé, they’re deliciously complicated and if you burst their bubble they will self-implode!

In the event they do, there’s always chocolate sauce to make up for it. 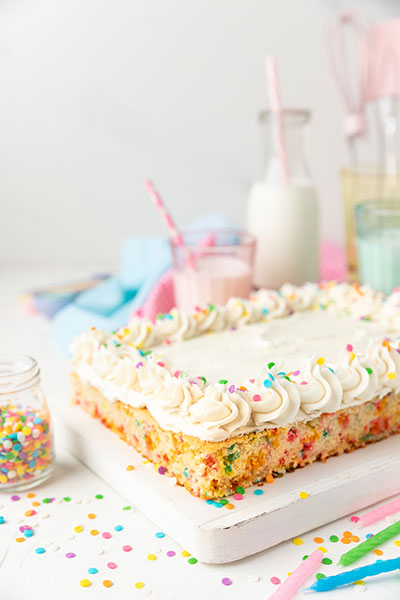 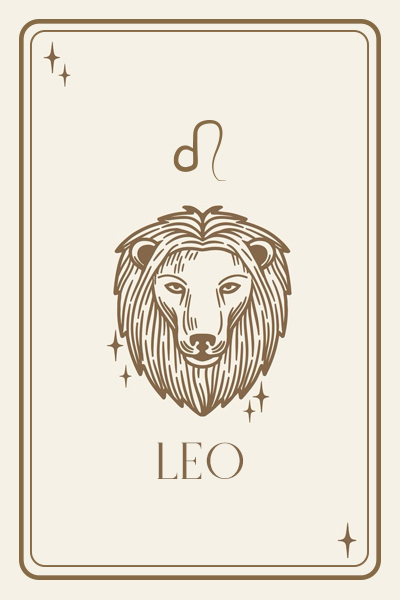 Leos are spirited fire signs. Never make the mistake of confusing their passion for anger. This fire-fueled character has undeniable star power.

Leos tend to be a little braggadocious, but they’re also fun and always up for an adventure.

They also need a good amount of attention, like a kid that incessantly reminds you when their birthday is — which is why we’ve chosen this Vanilla Funfetti Cake because they’re sprinkled with good intentions. 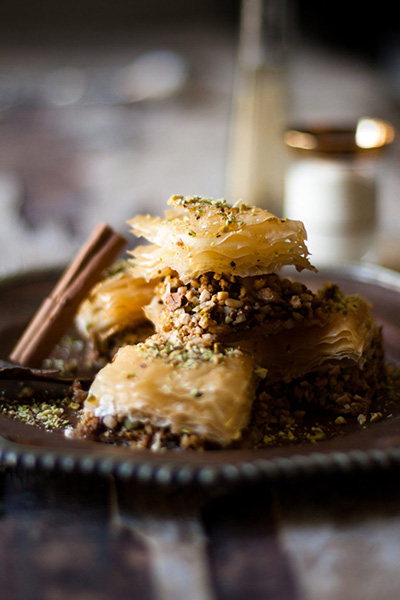 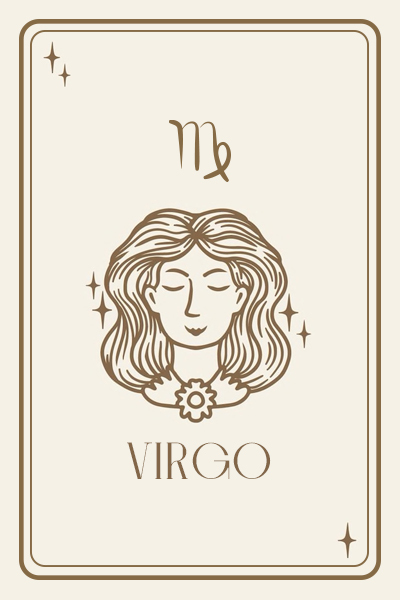 These earth signs are deeply grounded and have a keen sense of self, making them great friends to have. They’re also perfectionists and care about details, more than most, in fact.

Virgos are apparently believed to ‘rule the digestive system’ (whatever that means) and can handle their ‘Sugar Honey Ice Tea’. 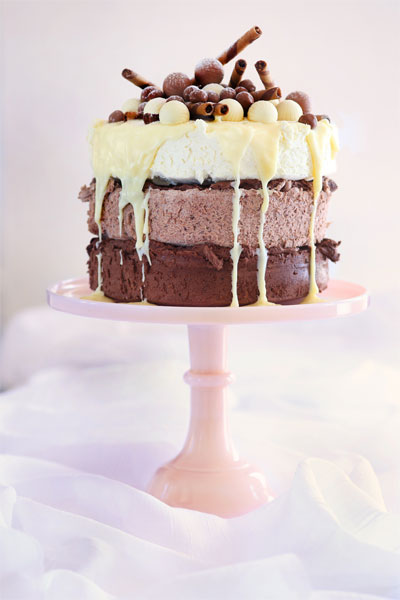 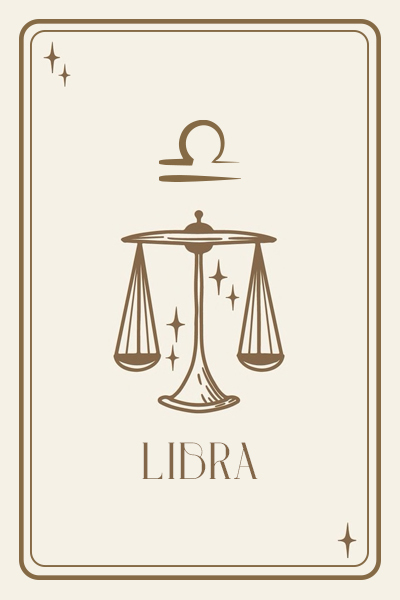 If you thought Virgos were all about detail, Libras are borderline obsessive. This sign is sweet, sentimental and sociable. It’s all about treading the line of balance with Libras.

They are dependable yet adaptable, responsible but also over-indulgent — can’t make up your mind, can you Libra?

As logical as Libras may be, they are also indecisive beings and love the best of both worlds. For the sign that struggles to make decisions and wants it all, we’ve chosen the ultimate treat – this Naked Triple Chocolate Mousse Cake with three layers of dark, milk and white chocolate mousse. 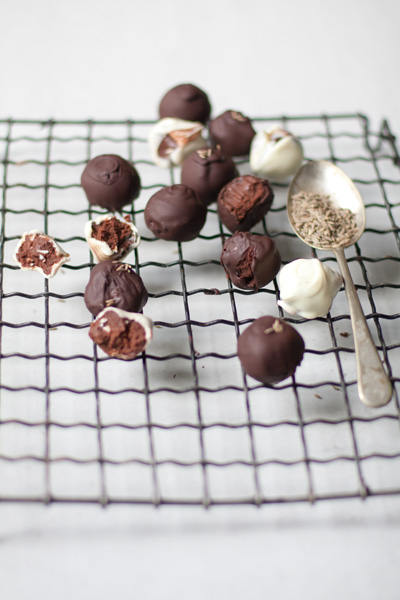 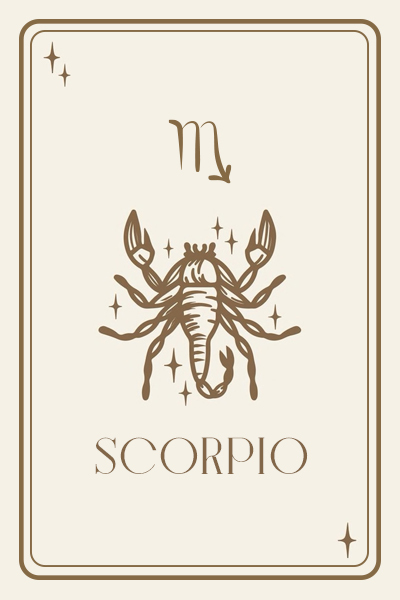 Of all the star signs, Scorpios probably get the worst wrap. You don’t love them, but you don’t hate them either, they’re a misunderstood bunch. These complex minds are seductive, with insatiable appetites. Scorpios are usually thought to be a fire sign because of their feisty personalities, but they’re actually water signs.

Secretive and odd by nature, they have a witty and dark sense of humour (always in good taste).

Most find it hard to read Scorpios — like trying to name a mystery ingredient. This zodiac sign’s sweet treat would be Cumin & Cinnamon Spiced Dark Choc Truffles, the spices are pleasantly surprising. 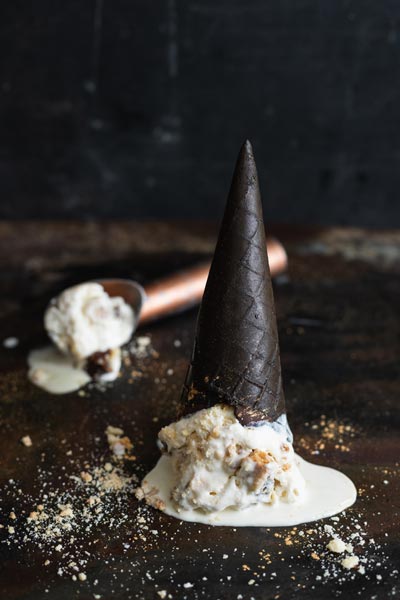 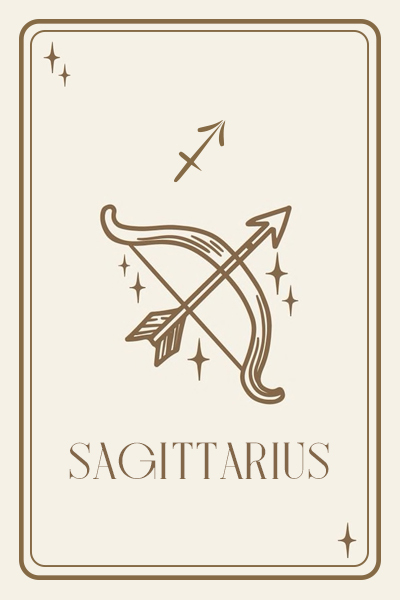 Sagittarius people are optimistic, but don’t be fooled by their ability to see the good in everything. Sag can be loyal to a fault and extremely blunt. They’re also impatient risk-takers, but their problem-solving skills make them highly adaptable and confident.

You’re not sure about them, but their cheery disposition makes them worth the gamble.

Basically, they’re a no-fuss, no-churn Ice Cream — but because the jury is still out on them they’re more of a Fruit Mince Pie-flavoured No Churn Ice Cream. 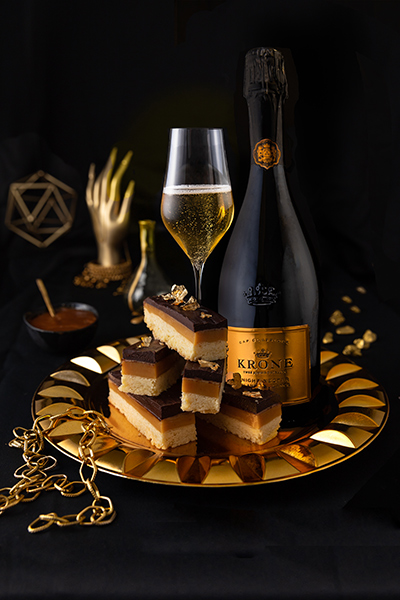 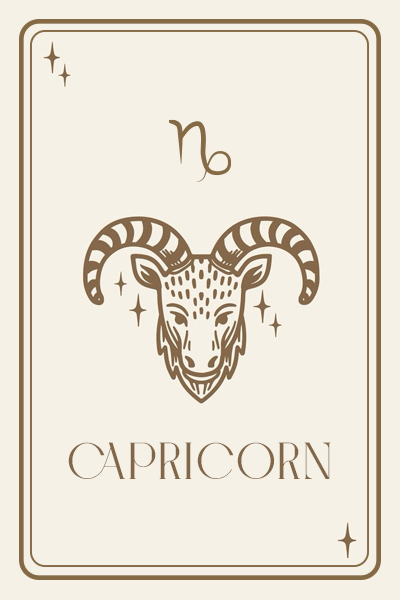 This mythical sign can be a know-it-all and thanks to their relentless ambition Capricorns are notorious workaholics. Thankfully, there’s more to them… if you’re lucky you get to see their romantic/funny side make an appearance.

Caps are also considered to be confident and wise.

You know the saying ‘work hard, play hard’? That’s Capricorn in a nutshell. What you never want to do is come between a Capricorn and their coins. Without a doubt, this zodiac sign’s sweet treat would be these richer-than-you Billionaire Bars. 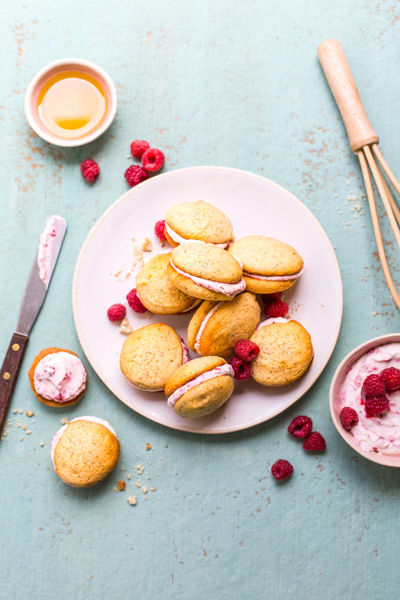 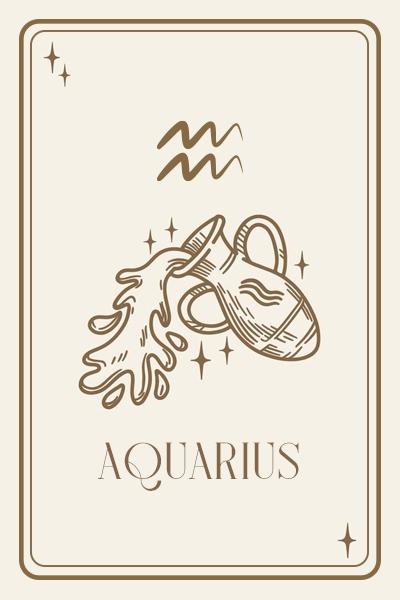 Although their sometimes shy demeanour might suggest otherwise, Aquarians are actually friendly.

Their quirkiness and clever quips and sensual nature will beguile you.

Aquarians are innovative, spontaneous and their rebellious streak means they don’t always play by the rules. But this sign can be brooding too — word to the wise, you don’t want to get on an Aquarian’s zesty side.  With Uranus as its ruler, what better treat for this zodiac sign than Lemon and Poppy Seed Whoopie Pies? 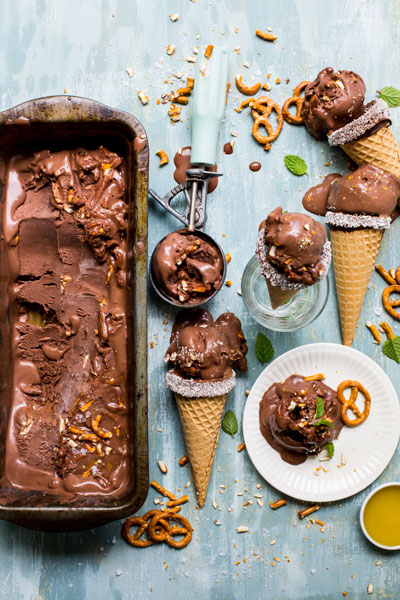 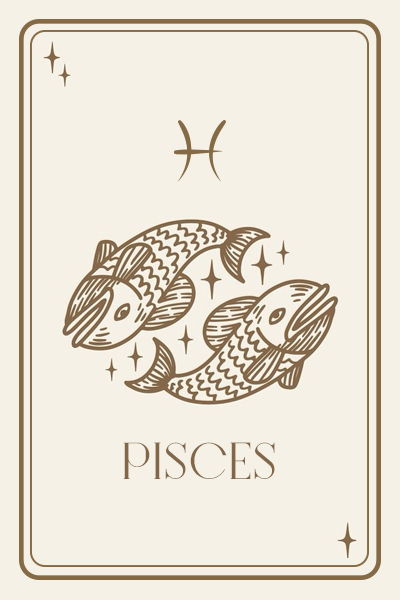 Pisces are natural empaths, and not in the way people annoyingly say, “I’m an empath” (read in Valley Girl accent). That being said, they can also be stubborn, but their authentic charm will win you over.

Their intuition and open-mindedness means they flourish creatively.

Thanks to their broad imagination, overthinking is this star sign’s fave pastime. Pisces is the last zodiac sign, which makes sense because they’re believed to be a culmination of all the other signs. Think all your favourite flavours combined into one salty and decadently sweet treat, like this Dark Chocolate Pretzel & Caramel Rippled Ice Cream.