A hearty congrats to Luke Dale Roberts and the The Test Kitchen team on their placement in spot 22 at the 2016 World’s 50 Best Restaurant Award, as well as being awarded Best Restaurant in Africa.

The Test Kitchen was awarded 22nd place at the ceremony which was held in style in New York City at the Cipriani Wall Street on 13 June 2016. Chef-owner Luke Dale-Roberts is understandably thrilled by this award, saying:

“The award is an incredible vote of confidence for me and my team. I do what I love, with precision and artistry, and being awarded for this validates what I do every day!”

The Test Kitchen provides a showcase experience where Dale-Roberts applies his expert technique, passion for true flavour and international inspiration in the creation of challenging and rewarding dishes. 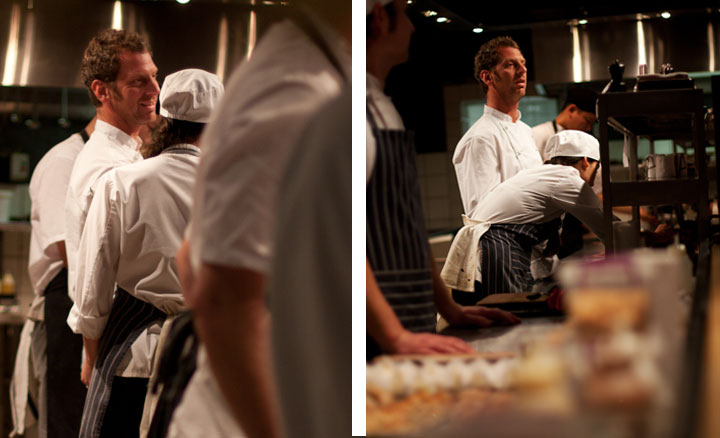 The Test Kitchen has received numerous awards, both local and international since opening its doors at the end of 2010. It was named in the Elite Traveler Top 100 Restaurants 2015. And locally it has been named Restaurant of the Year from 2012 to 2015 by the Eat Out Mercedes-Benz Restaurant Awards and received Two Plates in the new South African JHP Gourmet Guide.

The Test Kitchen will close mid-August for a full décor refurbishment where the entire space will be reconsidered as a whole. Dale-Roberts explains, ‘It will be smaller, more intimate, and we will only do dinners there. It’s time to redefine this creative space, which has always been my focus in terms of creating the most flavourful, exciting and challenging food.’

After its reopening on 4 October, guests can expect a whole new The Test Kitchen experience. ‘We are constantly innovating and refining the food according to our Test Kitchen philosophy,’ Dale-Roberts explains, ‘and with the reimagined space the entire experience of dining here will be redefined.’

Sister restaurant The Pot Luck Club, which is situated on the top floor of the Silo building also at The Old Biscuit Mill, is a trendy spot which continues to impress diners with its tapas concept. Taking inspiration from around the globe, dishes are packed with flavour and texture, while the 360-degree views of the city and Manhattan loft feel and open kitchen add to the palpable energy at the venue.

2016 has also seen Dale-Roberts launch Luke Dale-Roberts at The Saxon, which is an exclusive boutique hotel in Johannesburg. Here diners are fêted with his signature fare.

Shortmarket Club, in the heart of Cape Town, is a partnership venture between Dale-Roberts, his wife Sandalene, and one of his chefs, Wes Randles, as well as manager. Opening on 27th June, it’s set to be one of the hippest spots in the Mother City.

Dale-Roberts enthuses: “The Test Kitchen is at the heart of what I do.” And this shows eloquently on the plate and in the restaurant experience he provides to his new and existing ardent fans.

Get Your Daily Greens With NutriBullet Pro + WIN!