Umqombothi, you’ve heard that word before, you’ve probably even tried pronouncing it (tongue sticking to the roof of your mouth as you attempt to make a loud click). Yes, it’s that traditional African Beer you think with confidence, not quite sure of what that actually is. To help us understand this unique, traditional African beer we visited Lethu Tshabangu, owner of Ukhamba Beerworx, at his brewery in Woodstock to help us better understand it. 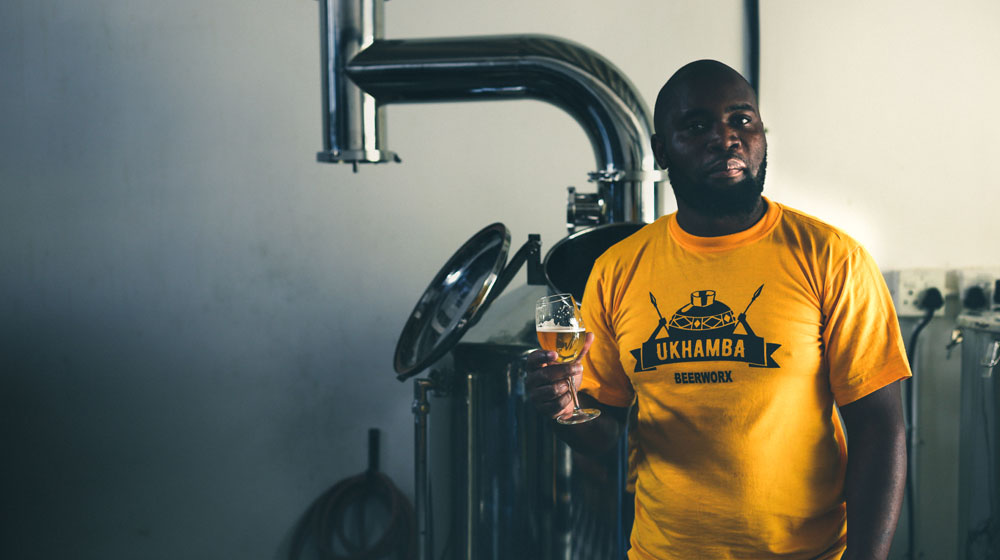 In the history of the Nguni people of Southern Africa, it was custom for tribesman to gather in a circle sharing umqombothi –a  tarty beer made primarily from sorghum, with maize and yeast added. For Lethu, his experience of umqombothi stemmed from his grandfather when he was still living in southern Zimbabwe. His grandfather used to call beer ‘Ukhamba’, Ukhamba is the clay pot that is passed around at gatherings and drunk from. Before taking a sip drinkers swirl and shake the pot to get all the flavours and aromas in every mouthful. Beer was not meant to be drunk alone. 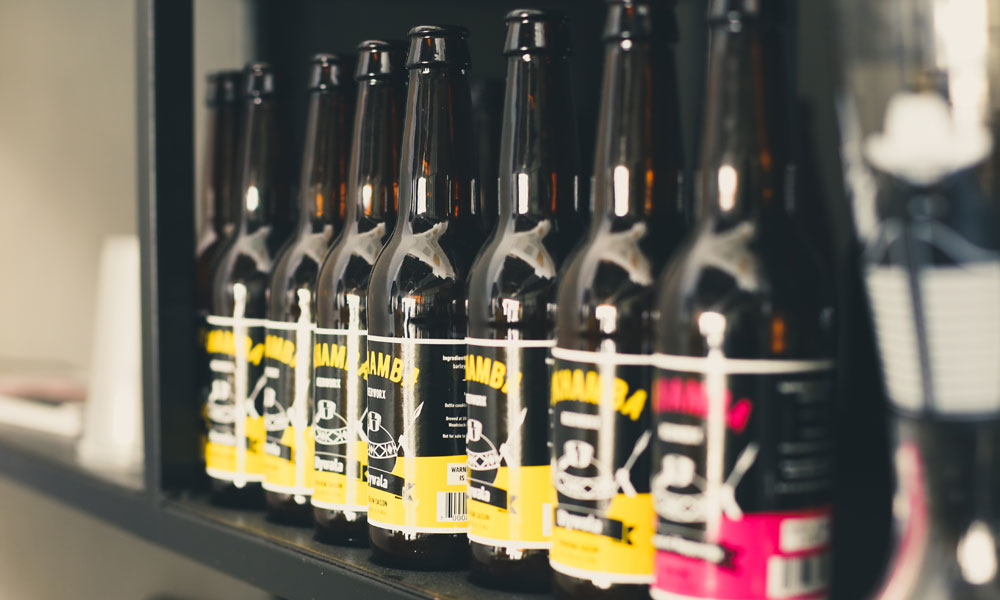 Most craft beers that we know today started out as a hobby and stem from a pure love for beer, Lethu’s journey, however, was a bit unconventional. In 2013 he started working at a craft beer-centric bar in the Waterfront, Lethu shyly admits that at first, he wasn’t even a fan of craft beer. But curiosity got the better of him and soon he started to enjoy the taste so much, that eventually, he started making his own homebrew.

Once he started making his own beer, it became a bit of an obsession. Finding pleasure in tinkering with ingredients and fiddling with different methods, each giving way to a unique beer that he could be proud of and call his own. This man is a proud man, and if a batch doesn’t meet his expectations he has no skaam in throwing out the entire batch and starting from scratch – all in the pursuit of the perfect beer.

One thing that was certain from the beginning, Lethu is a man all about passion, so he needed a name and a brand that encompassed his love not only for beer making but for his family and culture. As he says, “Basically in life I always wanted to own something, something that was mine”. 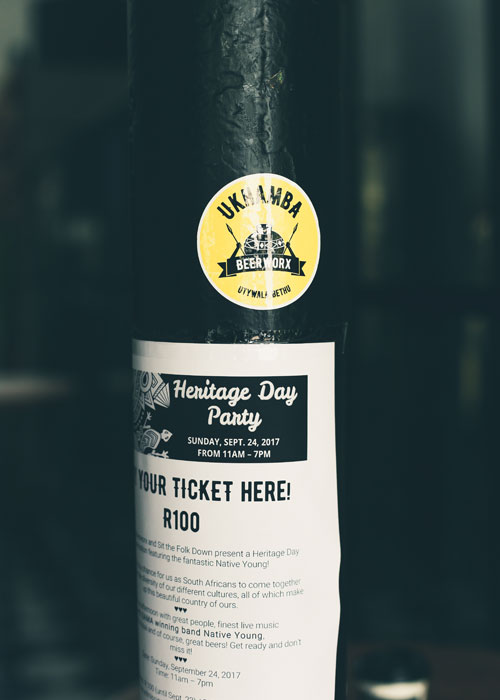 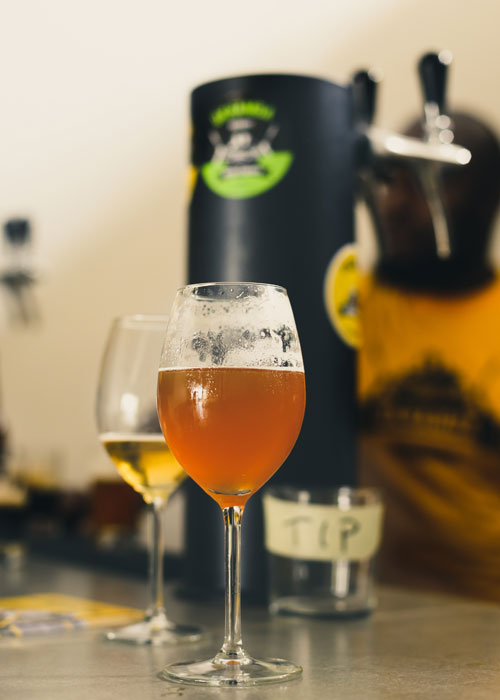 While still working at the bar and making beer at home, Lethu would bring his home beer for a beer fanatic mates to sample after work. One man drank all 2 litres of his beer and wanted to get his hands on more of the brew.

Utywala is a refreshing European farmhouse ale, with an African twist. It’s a sorghum saison that is tart and fruity on the nose with a crisp mouthfeel. Sorghum malt, which is popular with making Umqombothi, gives this beer a unique character. Utywala, is easy drinking and accessible, perfect for hot summery days when you looking for cool and crisp refreshment. And don’t worry this beer will satisfy the most purist umqombothi drinkers, from the first smell you know you’re getting the real deal. 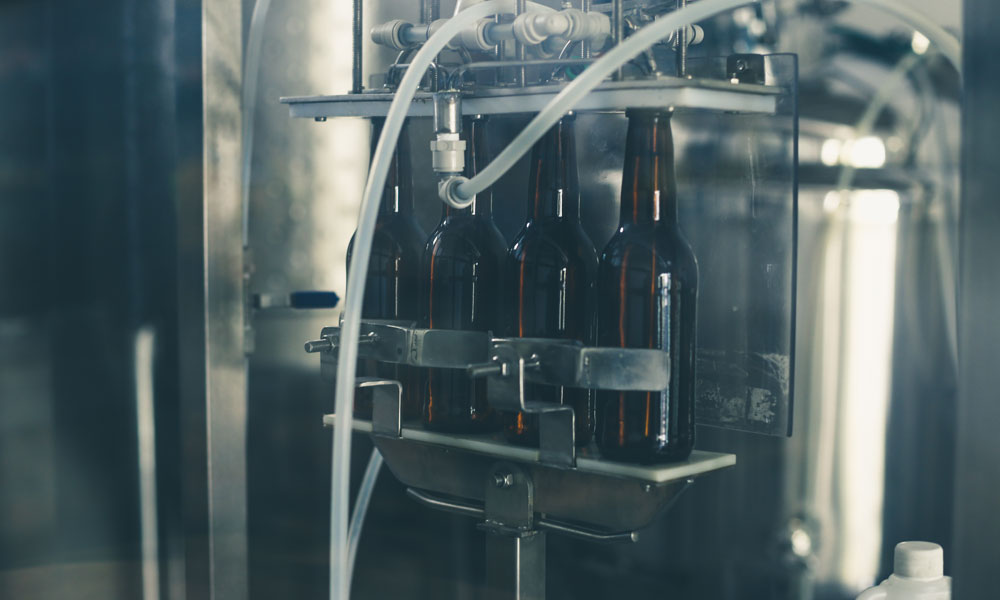 The Ukhamba beer making process (in a nutshell)

Although Ukhamba is producing traditional beers, don’t expect plastic drums and clay pots here, the brewery is all state-of-the-art equipment.

First tank, first step – water is heated to 70º C, then blended with the malt. We got to see the previous day’s brewing, surprisingly the smell is not anything compared to the fruity aromas present in the end product. Next up is the draining of the water – called wort. The wort is then boiled and hops are added for flavour and aroma. From there it goes through the heat exchanger via two pipes (one for beer and one for water) the beer is then taken to the final tank for fermentation where the yeast is added. Then the magic happens. 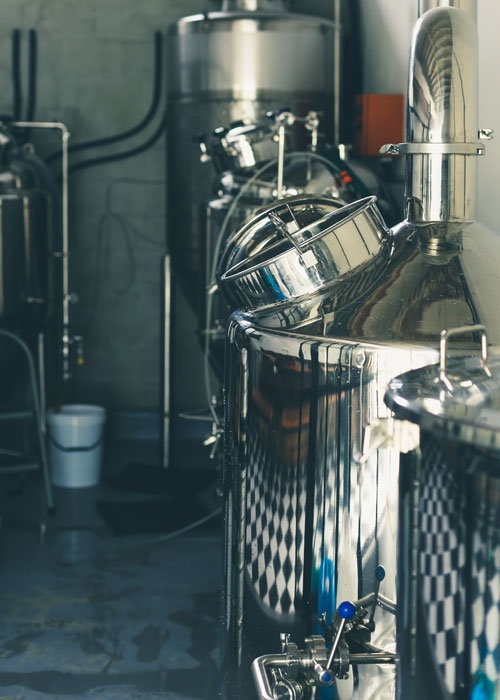 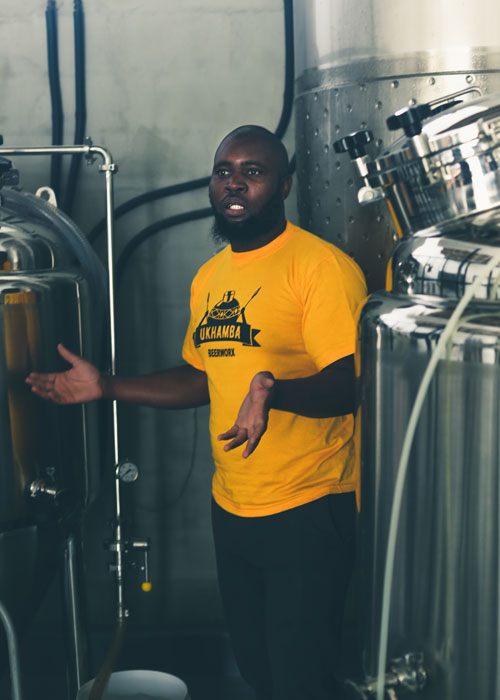 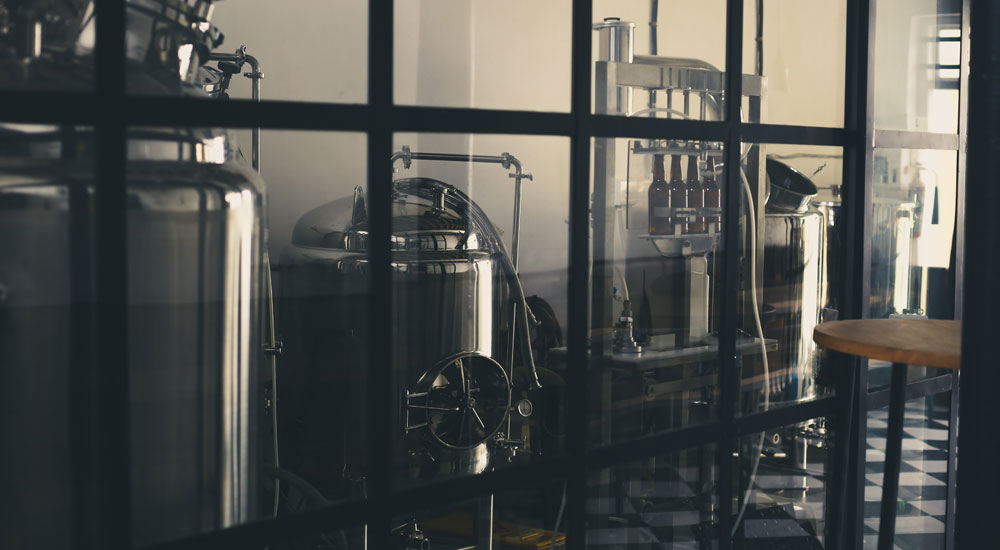 After our tour the next beer we taste is State Capture, not wanting to make any assumptions about the name I asked him where could he possibly have gotten the inspiration for the name from…

Lethu set out to make an IPA; traditionally IPAs have a bitter flavour profile which can be quite alienating, so he opted to make an IPA that was low in bitterness and high in aroma and flavour. Lethu wanted an IPA that was easy drinking and enjoyable to the beer geek and the beer beginner, an IPA that captures everyone! We love everything about it.

The Pursuit of Hoppiness

Next on the tasting menu is the Pursuit of Hoppiness. This beer came about when he was still a home brewer. Once fully appreciating beer he found he had a love for dark and hoppy beers. The Pursuit of Hoppiness is Lethu’s experimentation at getting a beer that has a dark roasty flavour, as well as some hoppiness. The end product was akin to drinking a great strong cup of coffee.

You’re not going to get a favourite beer out of Lethu, which is kind of a good thing. He explains he doesn’t have a favourite because they are all a representation of him; he only makes beers that he would enjoy himself. To try one for yourself get down to Ukhamba Beerworx, open Friday and Saturday for tastings, at their brew bar in Woodstock. 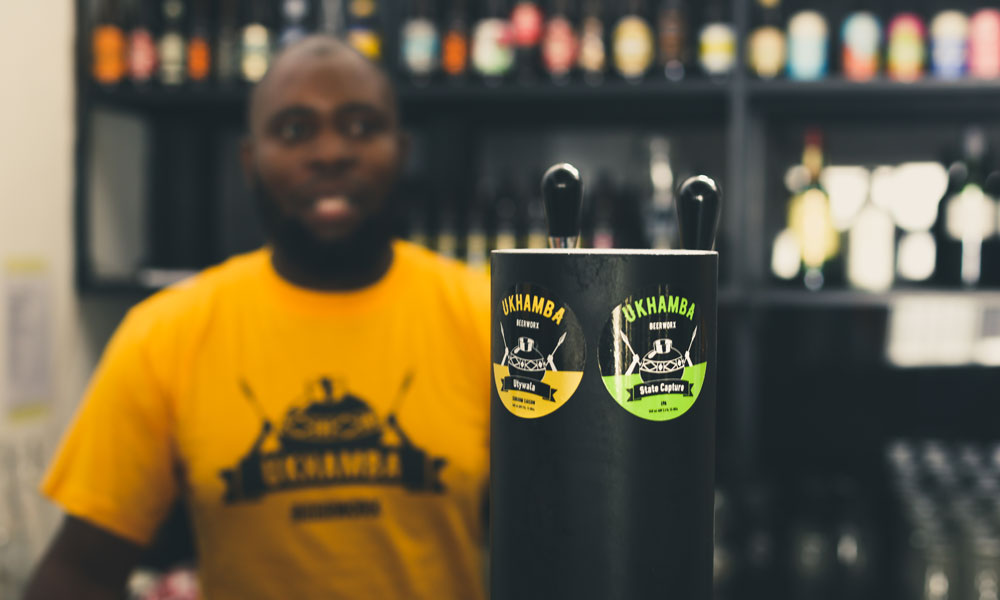 Share44
Tweet
Pin
WhatsApp
44 Shares
Where To Get the Best Gatsby in Cape Town
Fish On The Rocks, Hout Bay