Go On an Indian Spice Journey With Cape Herb & Spice

The story of Indian spices is more than 7000 years old and is an intricate one. Spices have played many roles in Indian culture, the obvious one is what it has done for their cuisine, but spices have also been associated with medicine, magic and preservation.

India is the seventh biggest country in the world, which means there are going to be spices that are native to certain parts of India and not to others.

When it comes to curry, it stands to reason the same, there’s not only going to be different types of curry throughout the country, but also different approaches to what is considered flavourful and how to cook it.

Cape Herb goes to great lengths to create high-quality full-on flavour products by procuring over 80% of raw materials directly from the best suppliers at the source. Over 25 years of master blending experience at the epicentre of the spice route delivers an authentic food experience. 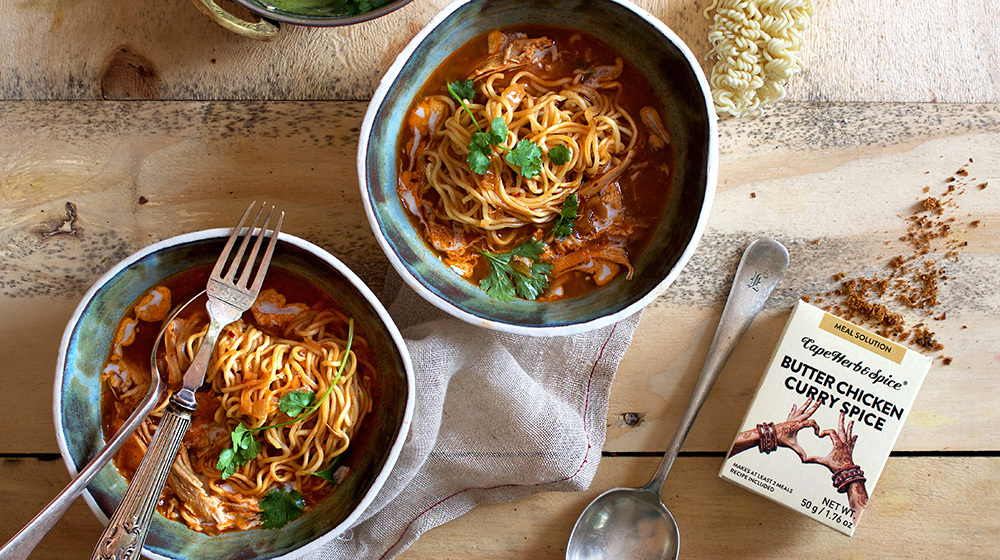 Believe it or not, Butter chicken was only first created in 1947. It was made by accident by mixing in leftover tandoori chicken in a tomato gravy, rich in cream and butter. The best accident if you ask us, what’s even better is that you can get those delicious flavours in butter chicken with Cape Herb’s Butter Chicken spice mix.

Cape Herb & Spice has come up with an unconventional butter chicken by turning into a deliciously warm, chicken noodle soup. A true testament to how versatile their butter chicken spice mix is. Get this Butter Chicken Noodle Soup recipe HERE, perfect for those cold winter nights. 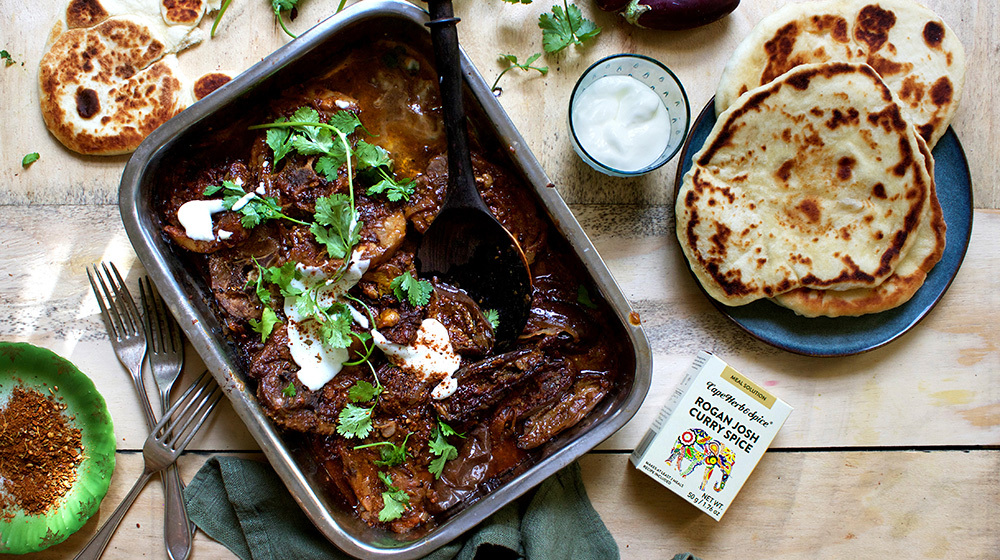 Rogan Josh originated in Northern India and has become one of the most popular curries served in Indian restaurants around the world. Normally, Rogan Josh consists of lamb or goat that has been slow-cooked in oil, yoghurt and a mix of many different spices.

To make the perfect Rogan Josh requires a number of spices, including black pepper, ginger, garlic, cardamom, cloves, cinnamon, bay leaves, coriander and red pepper, just to name a few. Luckily Cape Herb & Spice has a pre-blend mix that takes out a lot of the stress of cooking this delicious Indian dish.

You too can make this deliciously classic Indian dish at home, check out the Rogan Josh Recipe HERE. 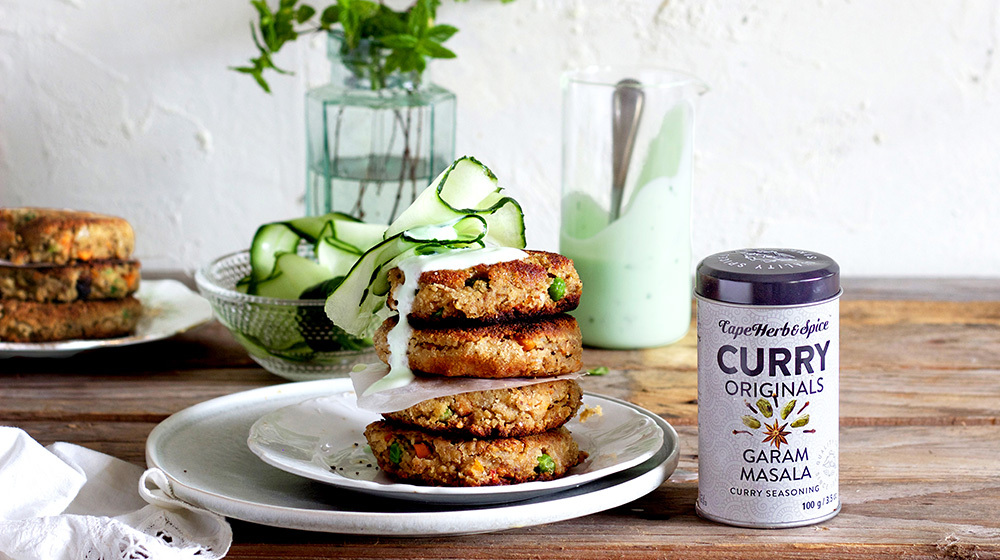 Garam Masala also originated in Northern India and when translated means ‘hot spices’. This does not refer to its spiciness but rather the warming properties of the spices that are used in the mix. Garam Masala normally has the same spices mixed in together, cinnamon, cumin, coriander, black pepper, cloves but there are mixes that can include up to 32 spices.

The one thing that all these Garam Masala spice mixes have in common is that they contain a balance of all six tastes. It has warmth (why it’s called ‘hot spices’), heat, spiciness, sweetness and just a hint of floral undertones. Using this spice mix creates an incredible depth to all your dishes.

These garam masala chickpea patties are a super source of non-meat protein and come with extra hidden veggies! Spicy and earthy, they’re great served with a herbed yoghurt drizzle. We know you want to make these, get the Garam Masala Chickpea Patties with Yoghurt Drizzle recipe HERE. 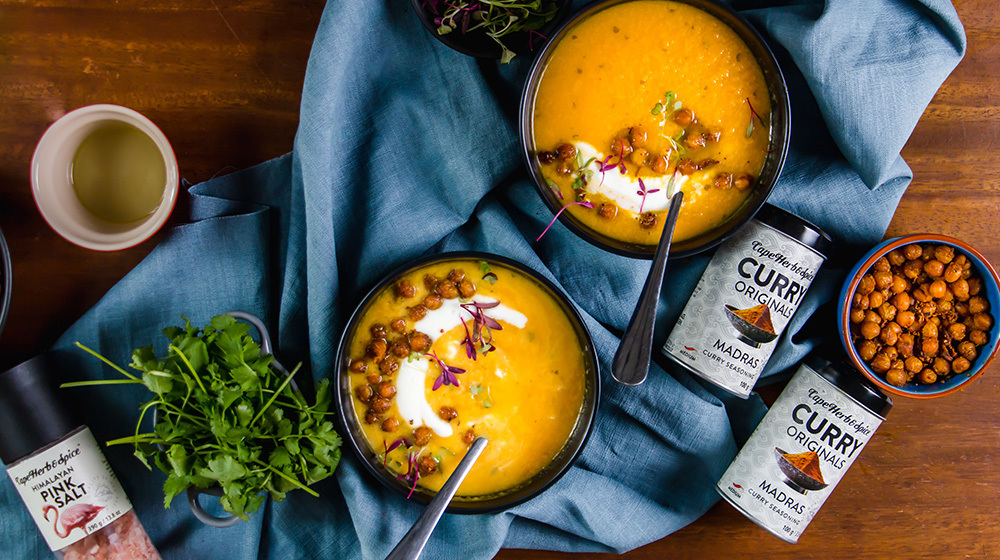 Madras curry powder originates from Southern India from the city formerly known as Madras, now called Chennai. The yellowish hue comes from the wide array of ingredients used, some known for their nutritional benefits. Spices like turmeric, red chilli peppers, garlic, fenugreek are used in the mix and the blends create a flavour profile that some might interpret as earthy and tangy.

Roasted chickpeas are a great addition to almost anything. Think soups, salads, wraps, you name it. And when made with Cape Herb & Spice Madras spice, you’ll also get those Indian flavours that you’ve been craving. Now you can learn how to make them three ways! No time like the present, try making this Madras Roasted Chickpea recipe today. They are delicious as a soup garnish, on a salad or even just as a tasty midday snack.

If you’re curious about spice in other cuisines, make sure to check out our culinary trip around the world with Cape Herb & Spice here.