Take A Trip Around The World With Cape Herb & Spice

The history of spices is a long and complex one that dates back to the beginning of human civilisation. Spices have been long sought after and fought over and were known as a symbol of status not too long ago. Even though Indonesia may be known as Spice Island, Cape Town has a long and powerful history connected to spice.

The Dutch East India Company, a dominant force in the spice trade, went on to establish a settlement in Cape Town in the mid-1600s, which acted as a midway point for their trade exchange with Asia. This mix of European, African and Asian cultures has given the city a rich culinary heritage, and it’s against this background that Cape Herb & Spice was formed.

Journey Around The World

Cape Herb & Spice makes it simple to create your favourite dishes from all over the world with their range of spice mixes. They go to great lengths to create high-quality products with maximum flavour by procuring over 80% of raw materials from the best suppliers directly at the source. Over 25 years of master blending experience at the epicentre of the spice route delivers an authentic cooking experience.

Take a look at this selection of tasty recipes that take us from one continent to the next with aromatic spice combinations and the classic dishes they create. 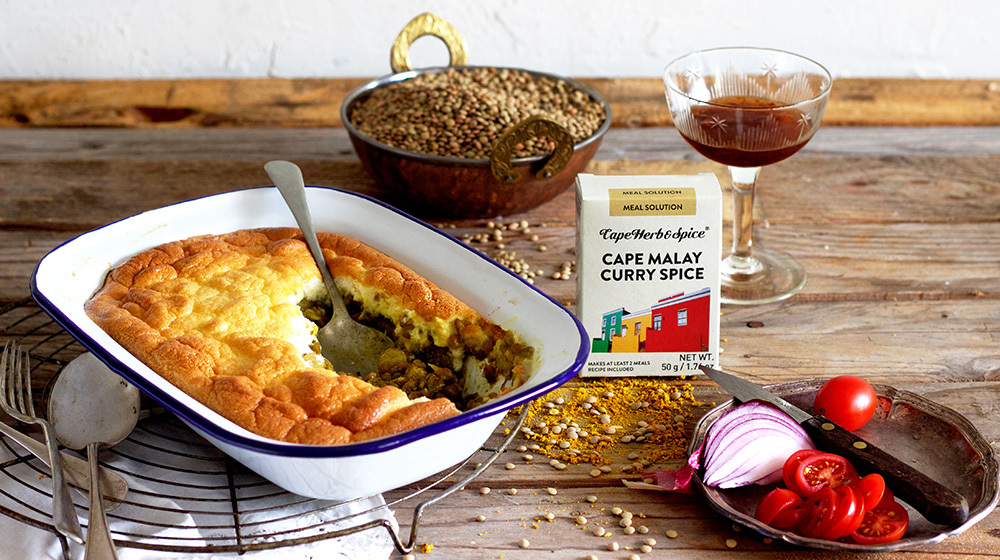 Cape Malay cuisine is an important part of the Western Cape’s heritage, which is deeply rooted in the Islamic tradition of cooking. Known for its fusion of flavours and the variety of spices used, it takes inspiration from Malaysian, Indian and Indonesian cuisine. The spices that are used tell a story of history, tradition and culture. The recipes that are created continue to be passed down from generation to generation.

Cape Herb & Spice has an aromatic Cape Malay mix that will transport you to the Mother City. Spices in the Cape Malay mix include coriander, cumin, cloves, cardamom, turmeric and curry leaves. Use it to create this wonderfully hearty Lentil Bobotie recipe, which is a vegetarian game-changer. This high-protein dinner with delicious Cape Malay flavours will satisfy the whole family. Get this Lentil Bobotie Recipe HERE. 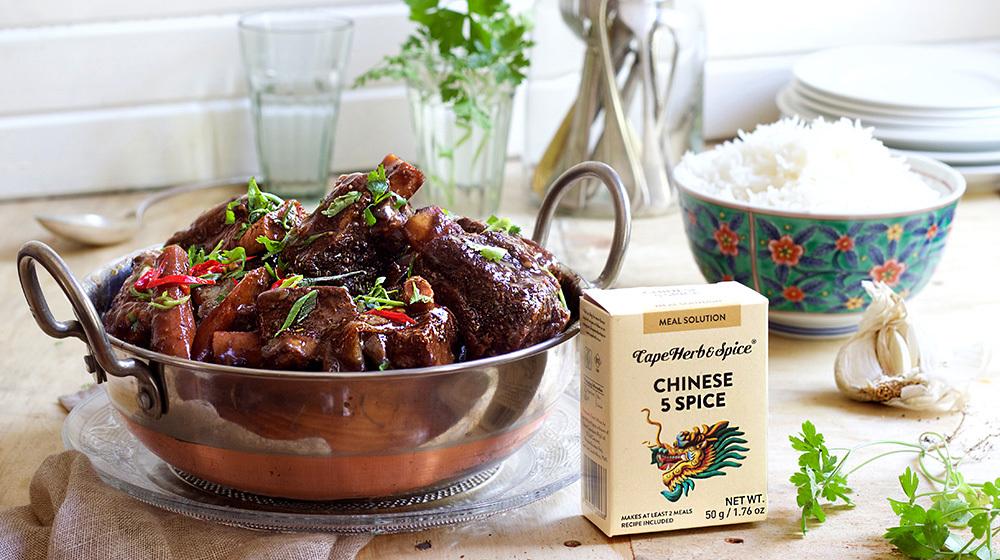 The origin of Chinese 5 Spice remains a mystery but many have speculated that its conception was brought on by the Chinese trying to create a “wonder powder” that encompassed the five elements – fire, earth, water, metal and wood. The flavours that come from the spice mix are supposed to represent the five elements, sweet, bitter, sour, salty and pungent. The spice mix is made up of, you guessed it, five spices –fennel, cinnamon, star anise, cardamom and cloves. 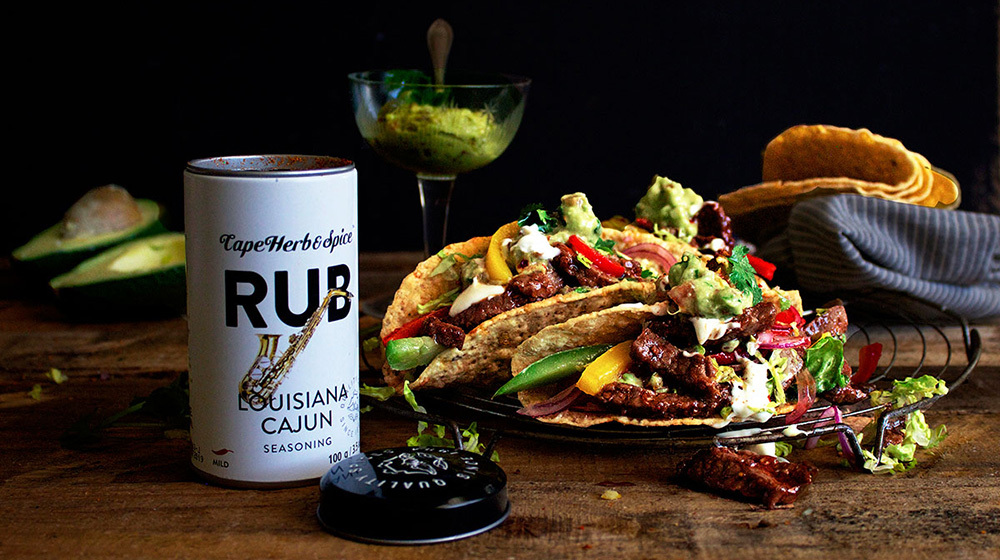 Cajun spice comes straight out of southern Louisiana. It first originated from the Acadians, who were the original French settlers in Canada. After they were exiled, they settled in the bayous and swamps of southern Louisiana. Cajun cuisine’s roots are from traditional peasant-style recipes of the French countryside that were mixed with what was readily available in Louisiana.

Cajun seasoning is a mix of a lot of different spices that brings an added level of deliciousness and heartiness to dishes. Think paprika, cayenne pepper, garlic powder, pepper and oregano. It’s the perfect mix for Cape Herb & Spice Cajun Steak Tacos, a 20-minute dinner packed with flavour that will give you a punch of spice. If you’re wanting to bring some Louisiana spice into your life, check out this Cajun Steak Tacos recipe HERE. 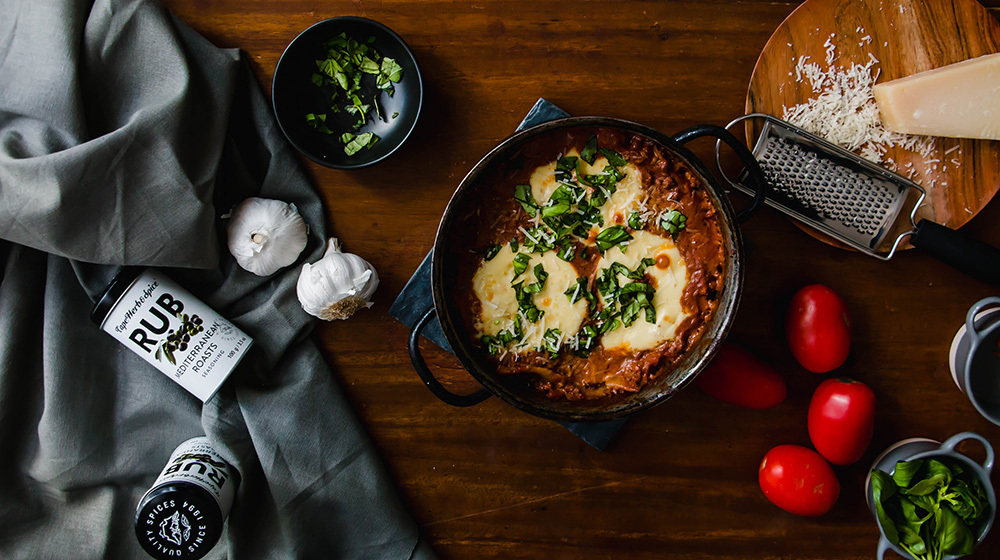 The Mediterranean can be divided into three culinary regions: Eastern Mediterranean, North Africa, and Southern Europe (including Italy). All of these regions have one thing in common, spices. Spices are able to transform simple Mediterranean ingredients into incredibly complex, ﬂavourful dishes.

Italy just so happens to be on the Mediterranean, which could be why their food is so irresistible. Cape Herb & Spice have a mean one-pot lasagna recipe that will taste just like nonna used to make. Their Mediterranean Roast Rub is perfect for all your Italian dishes. The spice blend consists of a mix of rosemary, black pepper, salt, bay leaves, garlic, sage, lemon juice and parsley. Throw your current dinner plans out the window and get the recipe for this decadent One-Pot Lasagna HERE. 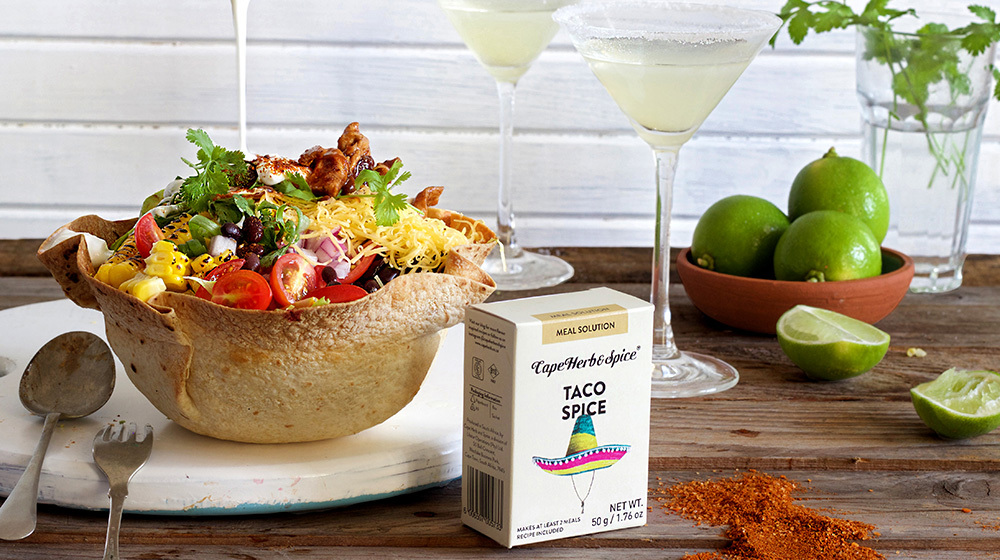 We all know Mexico is famous for their flavourful dishes and their tacos are no exception. There are a variety of wonderful spices that have come out of Mexico but their taco spice might be the most popular. The spices that are used in taco seasoning are a combination of ingredients like cumin, chilli pepper and oregano, all the same spices that are used throughout traditional Mexican cuisine.

An unconventional twist on the already delicious taco is Cape Herb & Spice Taco Bowl, filled with all the delicious fillings of a taco with an edible taco bowl. Flavour with taco spice and you’re in business. You can make this at home, check out the recipe for this Taco Bowl HERE. 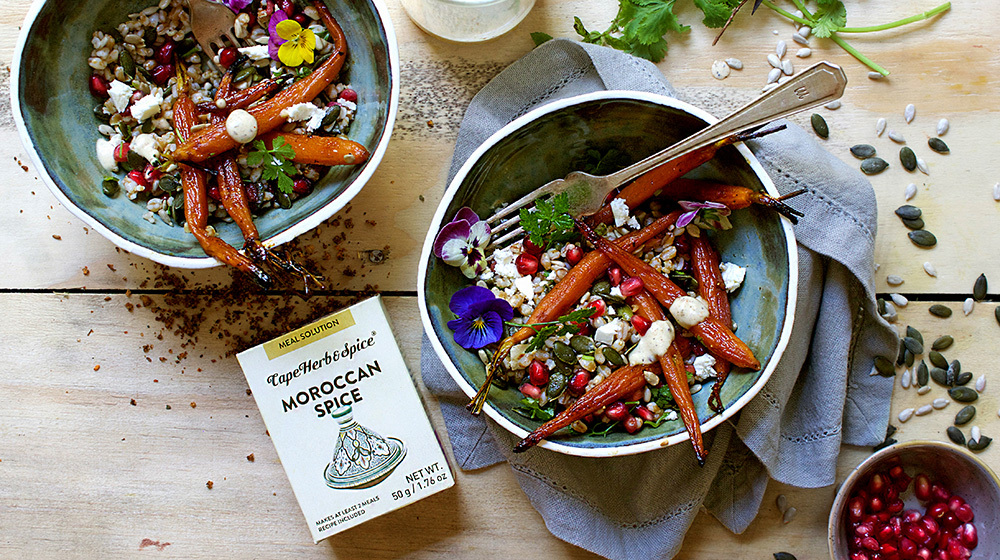 Historically, Morocco was a stopping point on the spice trade route between the Far East and Europe. Consequently, Moroccan cuisine incorporates a lot of different flavourful spices, drawing inspiration from Arabic and French cuisine. Spice is at the heart of Moroccan cuisine – recipes value spices more than anything, making use of turmeric, various herbs, cumin, ginger and more.