At Home with Tony Budden from Hemporium

Innovate. Educate. Cultivate.
These are the cornerstones of the Hemporium brand and are also the means to dispelling the myth behind possibly one of the most misunderstood plants in history. The story of hemp is long and is certainly one shrouded in mystery and misinformation. Having been cultivated for thousands of years without question, those in competitive industries demonised its cultivation in the 1930s, resulting in it being classed as a narcotic drug.

The reason why hemp has the rap it does, is that it belongs to the Cannabis family and this familial bond shrouds it in ambiguity. In fact, the actual hemp plant, Cannabis Sativa, is merely a cousin of marijuana/dagga and has a virtually undetectable amount of THC (tetrahydrocannabinol), the chemical compound that makes its less salubrious cousin such a hot topic. Unfortunately though, a lack of education puts both plants in the same greenhouse so to speak, and as such its production is banned in many countries. 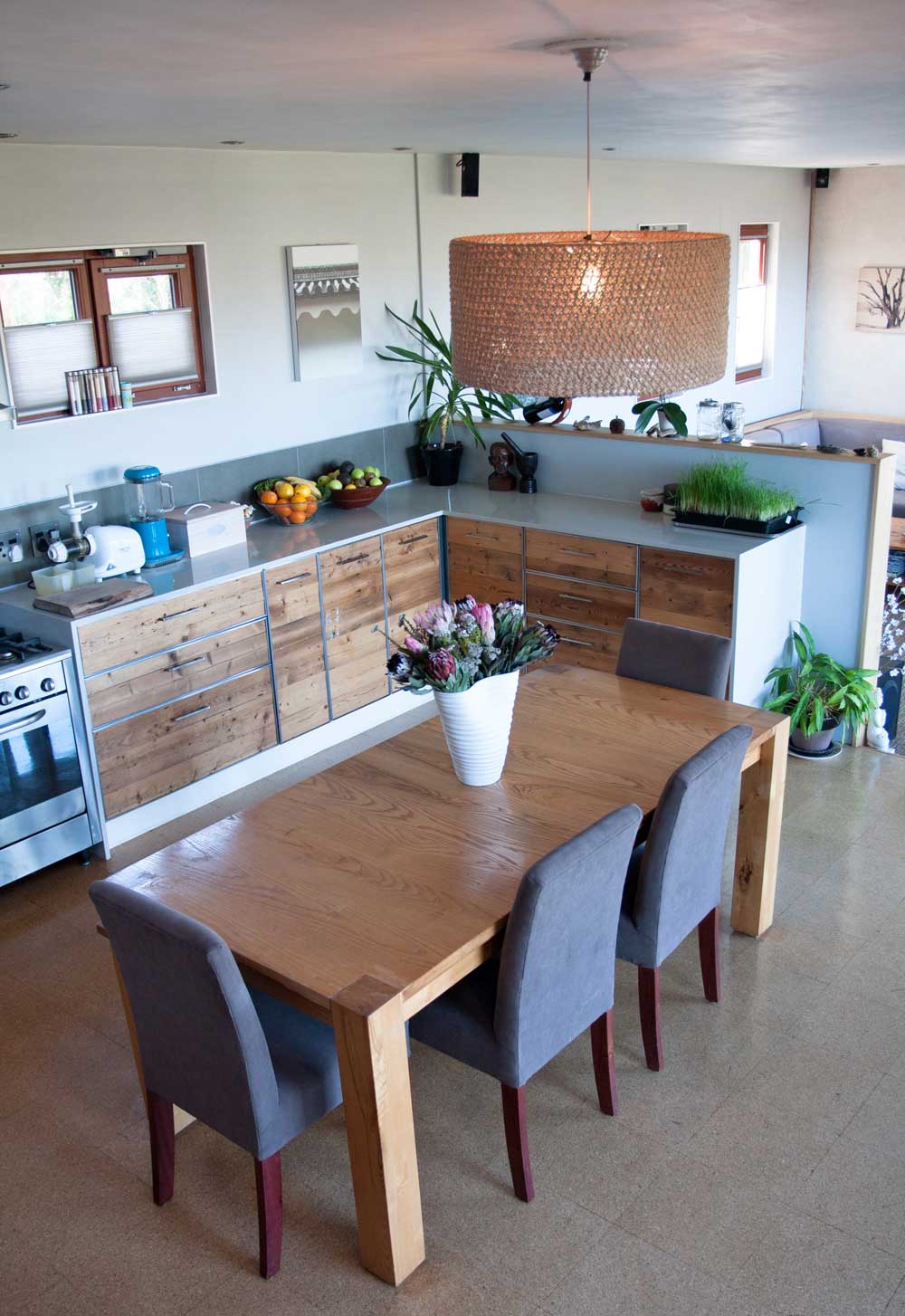 Things are on the up however as countries around the world start to relook at the commercial cultivation of hemp and its many uses which run from fabric to fuel, oil, seeds, wax, resin, rope, cloth, body products and paper. Even to building houses. The hemp plant grows to full maturity in 4 months and the fibres have an incredible tensile strength. It requires no pesticides, minimal fertilising and can be rotated with other crops such as flax. As a commercial cash crop it is a no brainer. In an economy such as ours where we are in desperate need of low cost, sustainable housing solutions and where resources such as electricity and water are under such pressure, hemp presents a remarkable solution.

The Hemporium brand was born here in SA by Tony Budden and Duncan Parker back in 1996 and started with a single piece of canvas brought to SA from overseas. This canvas was made into bags for students, but also sparked an interest in this material and its long-term viability. I remember owning one of those very bags back in the day – at the time it was down to a teenage fascination with something supposedly ‘anti-establishment’, which just goes to confirm how misunderstood it really is. Over the years the brand has grown from a mere canvas bag into a retail brand – a home built with green methodology and now a full on sustainability research project. Four years on from its original build, we visited the home of Tony Budden and his fiancé Camila Coogan in Noordhoek to see how this eco-friendly and sustainable way of building and living has endured. 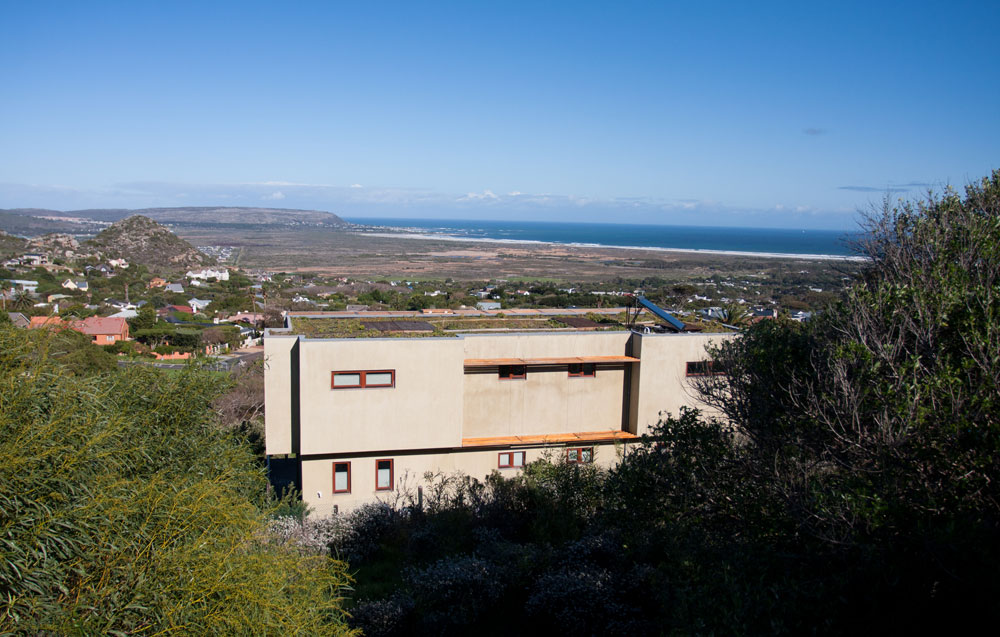 The house was built in 2011 as a model of sustainability and showcases the versatility of hemp. Built from a reclaimed timber construction, this modern-styled home uses hempcrete walls, hemp chipboard and hemp fibre insulation.

Certain walls of the home are finished with a hemp screed, which give a natural, textural appeal. Not only does this framework absorb carbon, making it carbon neutral, but it also provides natural insulation, keeping the house cool in summer and warm in winter. On the very cold and blustery winter’s day we visited, this insulation is abundantly clear – the home remains cosy and quiet, despite the wind howling outside. Over the years the house seems to have rooted itself into its surroundings and with its vygie rooftop garden it blends seamlessly into the vegetation.

Inside their home the cushions, curtains, carpets, artworks and lampshades are all made from hemp fibre, so there really is no way to doubt its versatility and durability.As the couple told us, they want to show that living in an eco-friendly manner needn’t be restricted to an eco-village and that it is easy to incorporate sustainable living into everyday life.

“Whether you live in a densely populated urban setting or out on a farmstead like we do, it’s the small sustainable practices that you incorporate into your everyday lives that matter too,” says Camila. 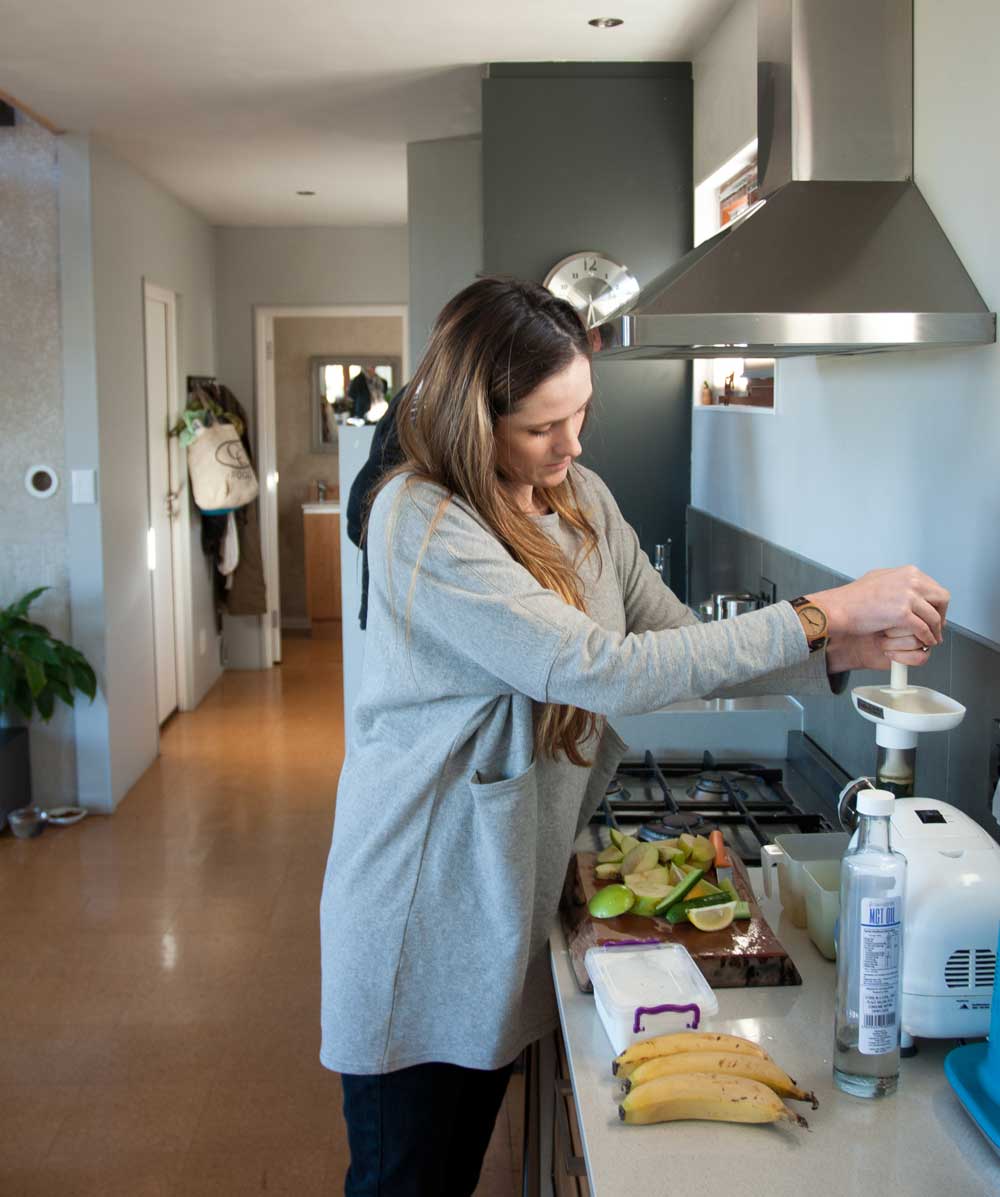 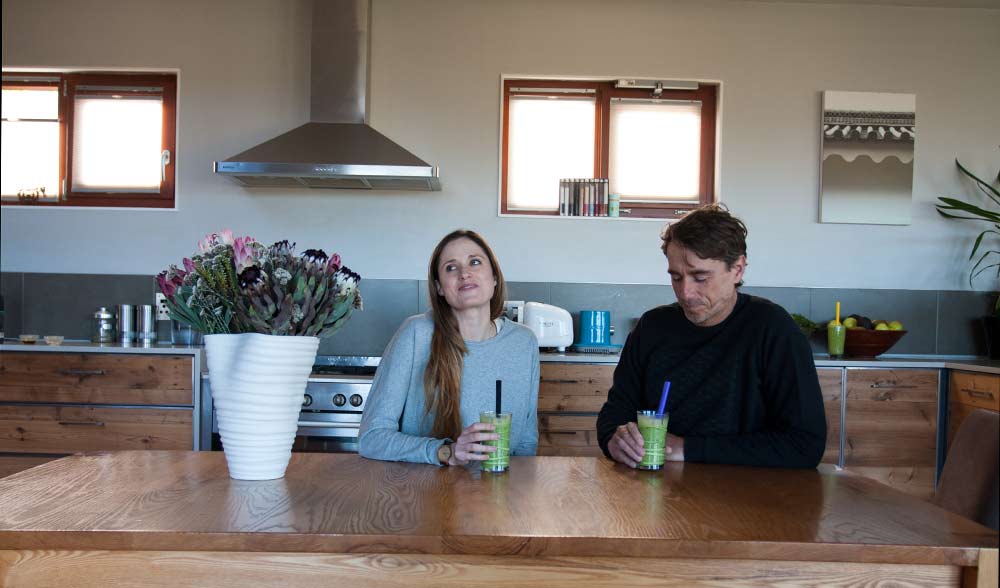 The couple are extremely mindful in their day-to-day practices and have made simple changes to their lifestyle to make this possible, such as using grey water, being aware of water and electricity usage and composting. They also have a veggie garden and fresh picked leaves go into their daily get-up-and-go green smoothie, as do protein-rich hemp seeds.

Currently trials are underway in the Eastern Cape and in Wellington in the Western Cape to grow hemp as an agricultural crop. Although still under heavy supervision, the future looks brighter and certainly greener than it has in ages. We know that the merits of building with hemp will become more widespread as the public becomes more educated and aware. The cultivation of this crop, which could provide jobs as well as countless other benefits, will be completely demystified and will eventually become the everyday norm. In a few years from now we will no doubt look back and ask ‘what took us so long?’