Willow Creek Olive Estate has become South Africa’s only olive oil producer to secure a foothold in the Top 100 list compiled by World Ranking Extra Virgin Olive Oils .  A ranking of #33 on the Top 100 Producers list establishes the Estate as a world player; while a #95 for their 2014 Directors’ Reserve allows them to use the ranking’s prestigious title of Extra Virgin Olive Oil of the Year awarded to the Top 100 olive oils achieving a score of 160 or more.

After officially acquiring a position for South Africa on the world olive oil map, Willow Creek is already garnering points in order to maintain their position in 2015. Both extra virgin olive oils they entered in the 17th L’Orciolod’Oro competition in Italy, was awarded Gran Menzione (Grand Mention): their Directors’ Reserve in the category for Intensely Fruity olive oils, and their Estate Blend in the Lightly Fruity category. Being the first international olive oil competition – held annually since 1999 –L’Orciolod’Oro is regarded as one of the most prestigious platforms from which to receive an accolade – or two. Almost simultaneously the Directors’ Reserve was granted a Gran Prestige Gold from amongst 500 competing olive oils at the Terra Olivo Mediterranean International Olive Oil Competition.  Seventeen countries vied for the attention of the 20 international judges but the Directors’ Reserve must have amply impressed the panel to be awarded between 86 and 100 points (out of a total of 100) needed to achieve a Gran Prestige Gold. This competition is weighted as the 3rd globally important competition in terms of the EVOO World Ranking. 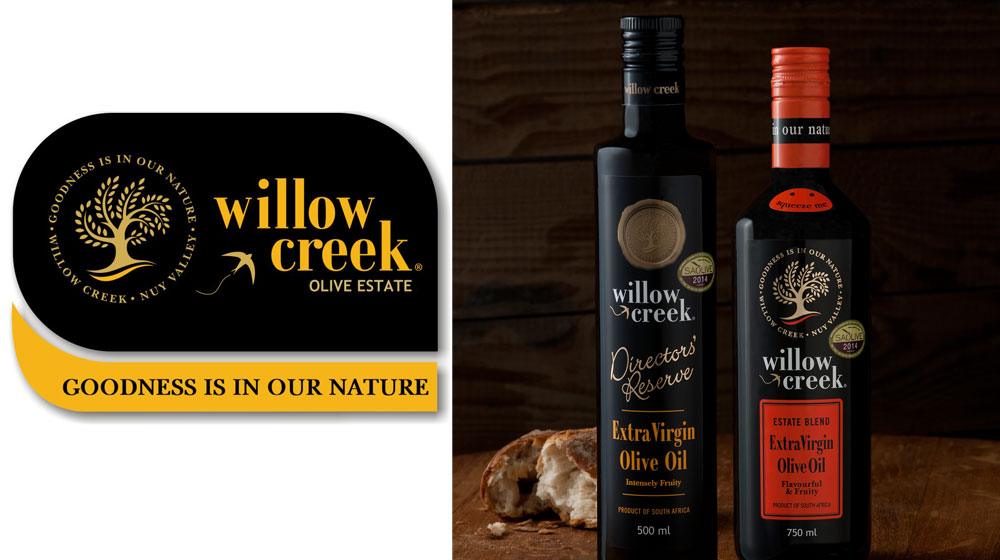 On another continent the Directors’ Reserve also staked its claim at the 2015 New York International Olive Oil Competition by winning a Gold Medal.  Competing against a record number of 671 olive oils from 25 countries, Willow Creek proudly flew South Africa’s flag by becoming SA’s only producer to earn their inclusion in the list of ‘The World’s Best Olive Oils 2015’ (www.bestoliveoils.com). This highly coveted distinction is bestowed on the various winners of the world’s largest and most publicized olive oil quality competition.

The Directors’ Reserve is Willow Creek’s flagship product – an ultra-premium robust olive oil where the dominant cultivars of Coratina and Frantoio are carefully fused to create this powerful composition. Expect complex aromas of tomato vines and artichokes, followed by nuances of rocket, salad herbs and a lingering nuttiness.  Experts agree that the satisfying bitterness associated with a robust olive oil and the tingling pungency provide the prefect structure in balance with the distinct flavour.