It’s national Rum Day, and South African Rum has gained some serious popularity among craft spirit drinkers over the last few years. Craft distilleries have now seen the potential of rum and have been adding some high-quality rum options to their list of already produced spirits. Finally, a spirit that can take over the gin craze and make a comeback in its own right. 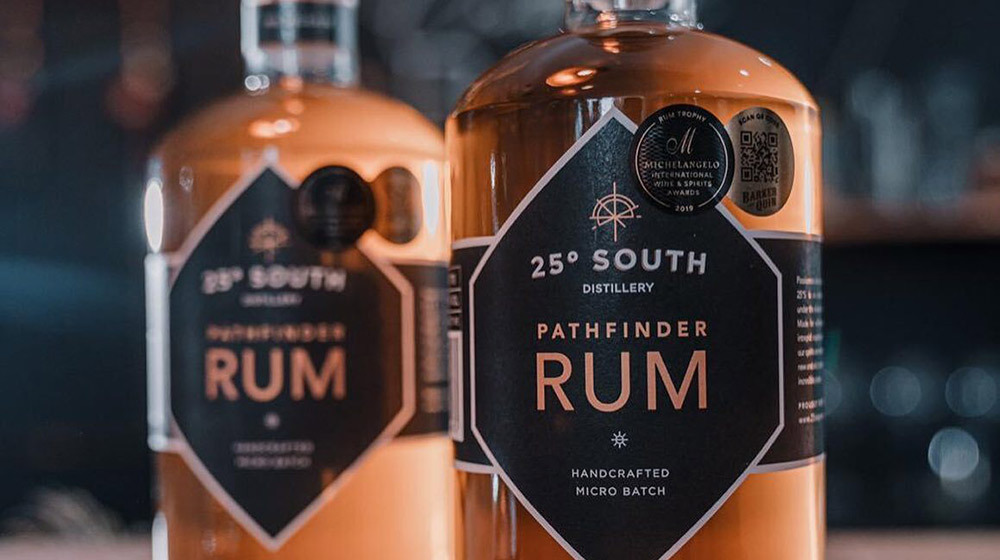 This Pretoria-based micro-distillery is truly passionate about its craft. Their gunpowder rum and pathfinder rum have been aged in French Oak, which gives it incredibly rich vanilla and caramel notes. Let’s not forget to mention that each bottle has 57% alcohol content. 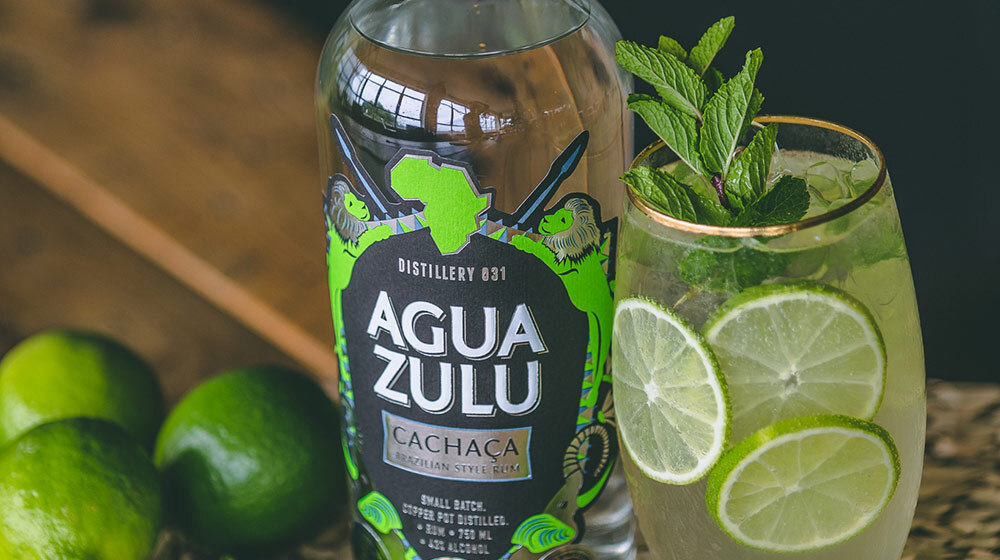 A true game changer, Distillery 031 Agua Zulu Cachaça rum is made in the Brazilian-style cachaça, meaning it’s made from fermented sugar cane juice. Outside of Brazil, cachaça is used almost exclusively as an ingredient in tropical drinks, so their Agua Zulu is perfect for any rum cocktail. 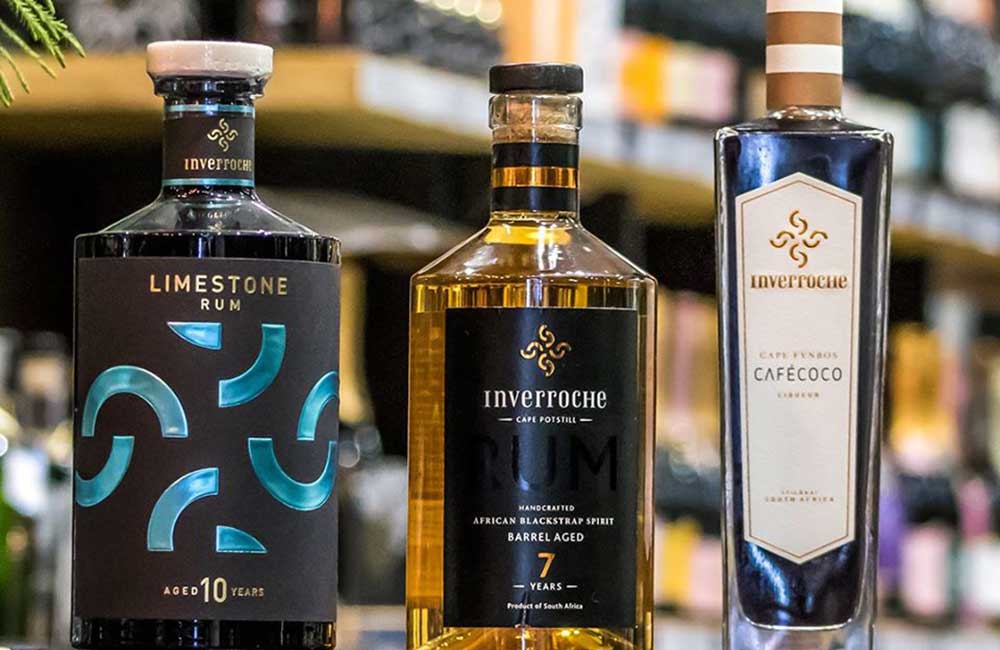 Inverroche Distillery have been pioneers of South African craft gin, but have produced a wide range of spirits, one of them being rum. Their rum is made from African blackstrap molasses and is aged for seven years. It has a citrusy-vanilla taste and a dry smoky character, making it great not only for cocktails but also to sip on. They only release three limited editions of 1,000 bottles each annually, making this South African rum in high demand. 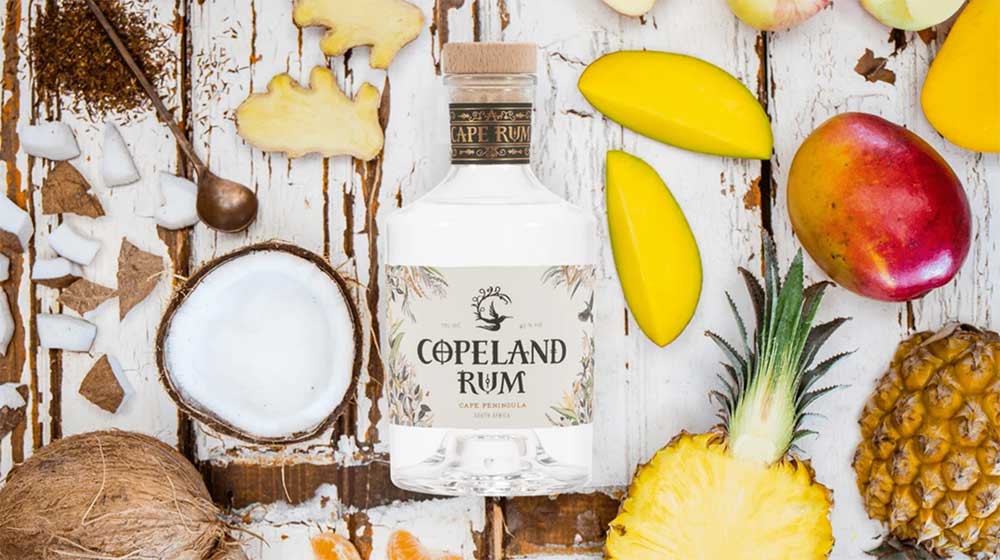 This traditional white rum is infused with tropical aromas and has different spicy notes based on the flavour notes of fynbos. It’s bold and full-flavoured (with no additives), fermented and small-batch distilled in Kommetjie. 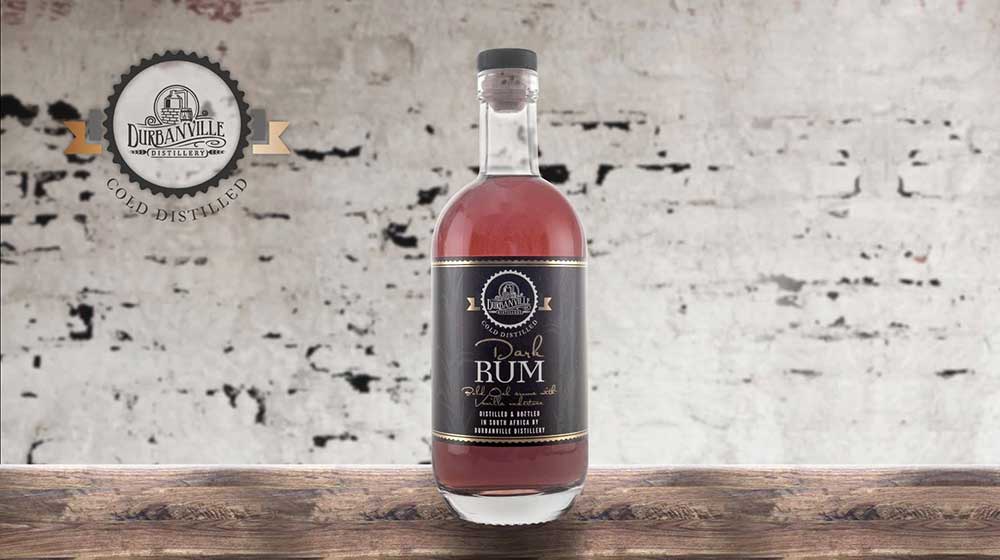 This distillery uses a cold distillation vacuum process, which actually saves electricity. They stay true to the heritage of rum, while giving it a modern twist by creating amazing flavours. Through applying modern methods, they are able to craft a soft, subtle and smooth product. The white rum has been aged in barrels at the wine estate to form dark, spicy rums, whereas their dark rum is twice distilled, before meticulously aged in American Oak barrels. 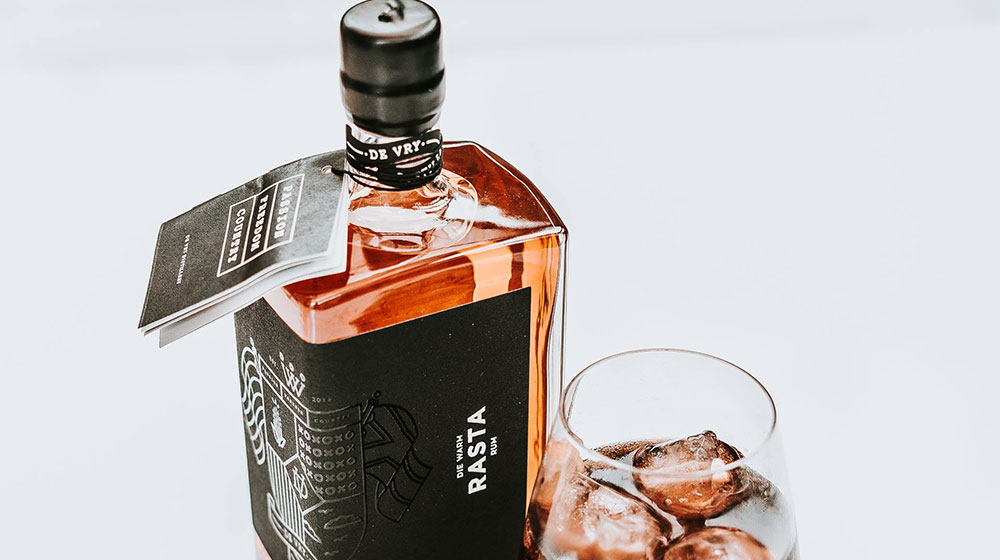 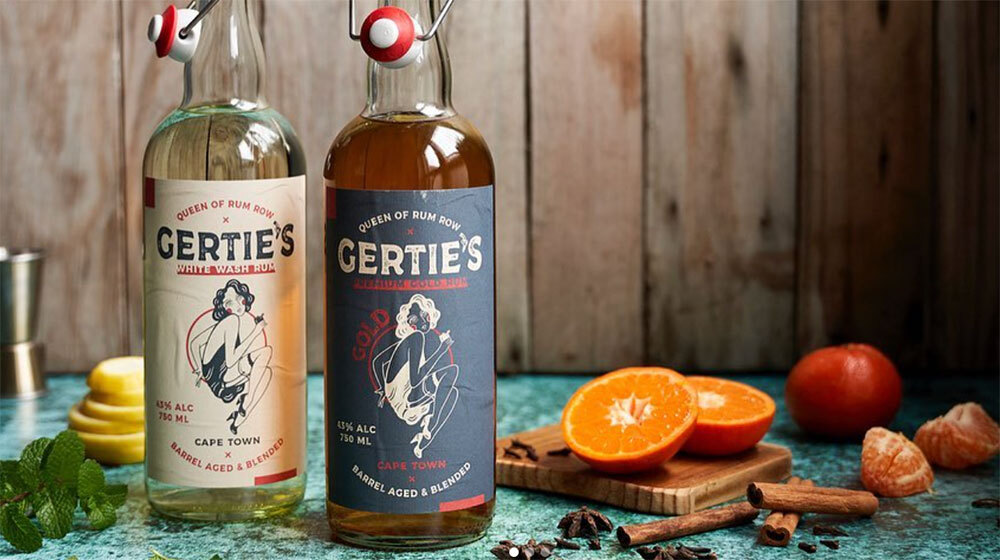 Gertie’s Rum produces 100% Gold and White Wash Rum, using a unique wine yeast. The rum is triple distilled using a still, then placed in ex-Bourbon American Oak barrels to mature and extract colour, for a minimum of six months. 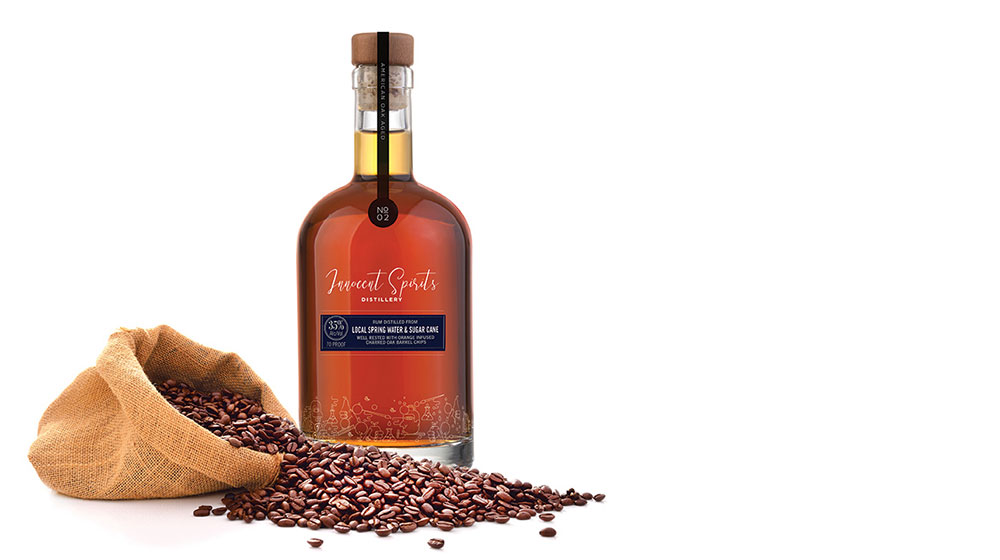 Started in a Cape Town basement by two lifelong friends who wanted to bring pure crafted spirits to coffee lovers by intertwining both worlds. They source their rum spirit from all corners of the world, making sure the foundation of their rum is  highest quality. Their rum is aged using the American process and French oak, akin to blending a whisky, to produce an elegant and rich flavour. 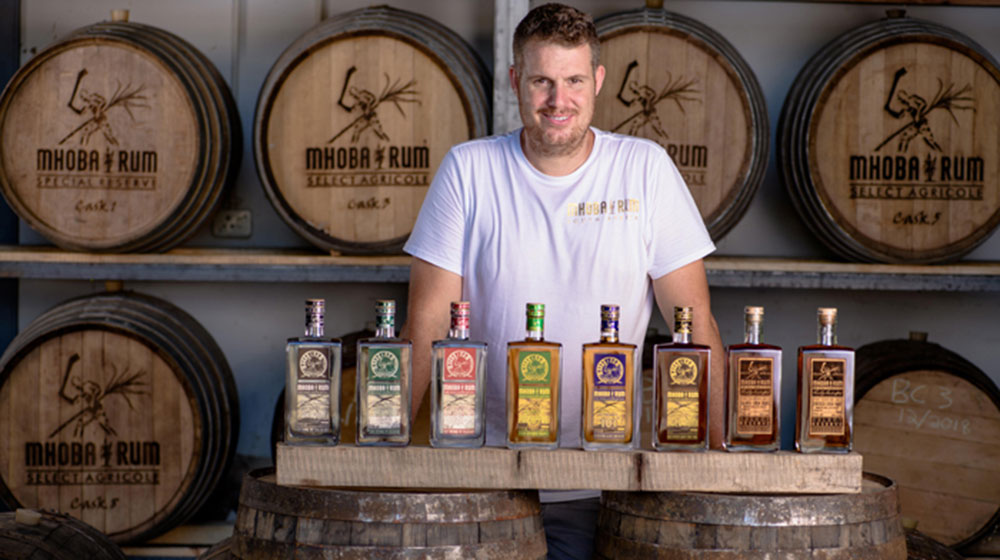 Their brand tagline is ‘from farm to bottle and proudly South African’, and their rum truly embodies that. Farmed in Mpumalanga, MHOBA rum is unlike most traditional rums, which is made from molasses and pure sugarcane juice. MHOBA rum is a pure single rum, it contains no additives, colourants or flavour modifiers. The rum equivalent to a Single Malt Whiskey. 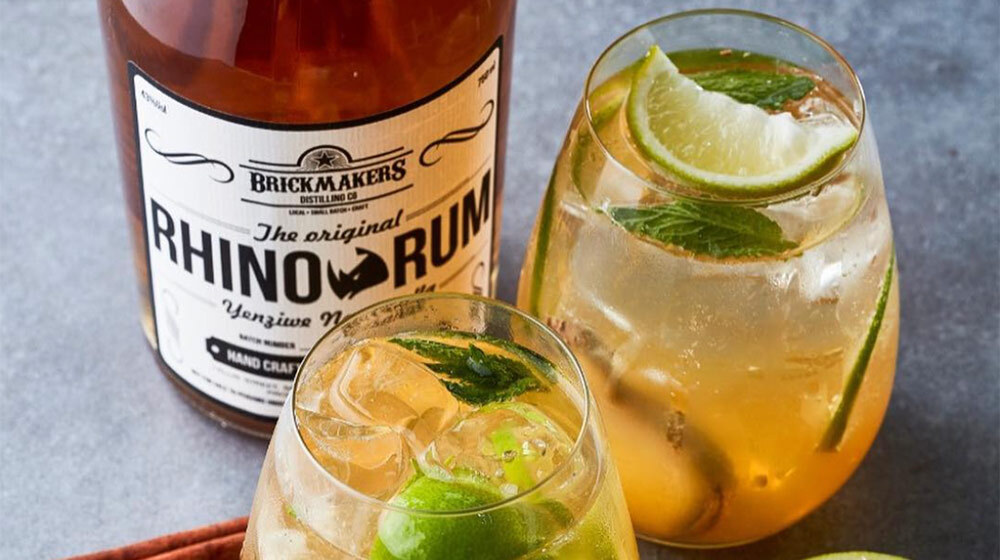 This family-run business operates from a historic warehouse on Brickmakers Road in Port Elizabeth and produces two hand-crafted rums from locally-sourced molasses. Their most popular rum is the spiced rum — it has a unique taste given by the spice blend of vanilla, cinnamon, liquorice, orange, clove, and a hint of ginger; making this rum sweet, spicy and delicate. 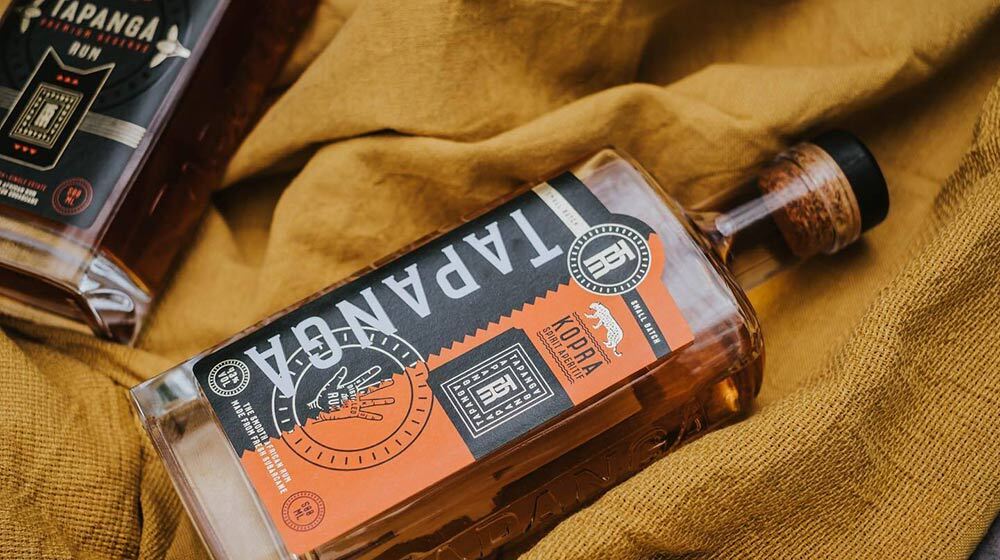 South Africa’s first Premium Rhum Agricole, for those who don’t know that means it’s a style of rum that uses fresh sugar cane juice. This single estate rum ensures that they are in control of everything that goes into it, from the source. They have four varieties — Tapanga Premium, Tapanga White Rum, Tapanga Gold Rum and Tapanga Kopra — all of which are bottled in limited batches to create an exclusive product for those who seek a distinctive and high-quality South African rum. 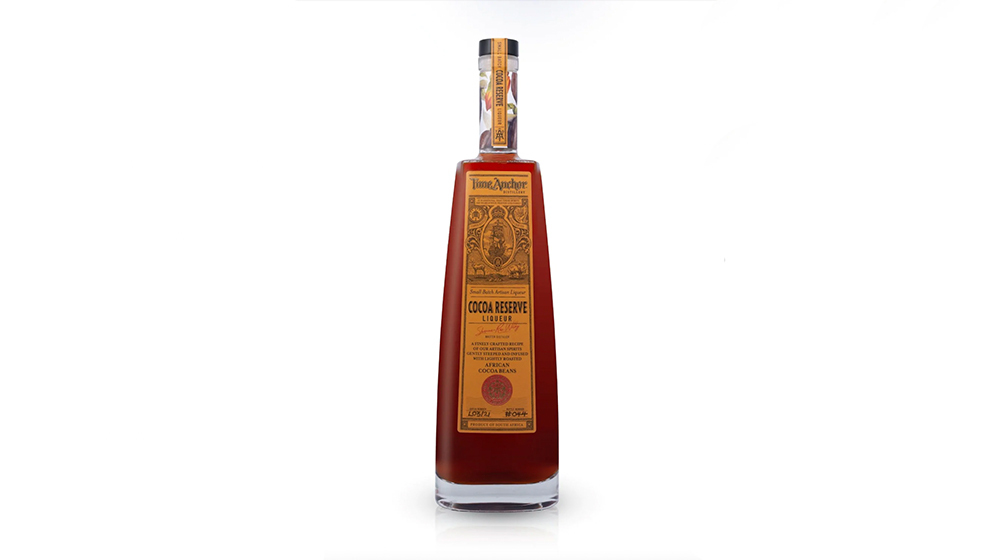 This trendy, Maboneng-based distillery is known for their gin, but also produces a unique rum. Their rum liqueur is distilled from their original white rum recipe. It has flavours of coffee, vanilla and chocolate from the rich Tanzanian cocoa beans used. We recommend placing an order, as their Cocoa Reserve is made in small batches, twice a year. 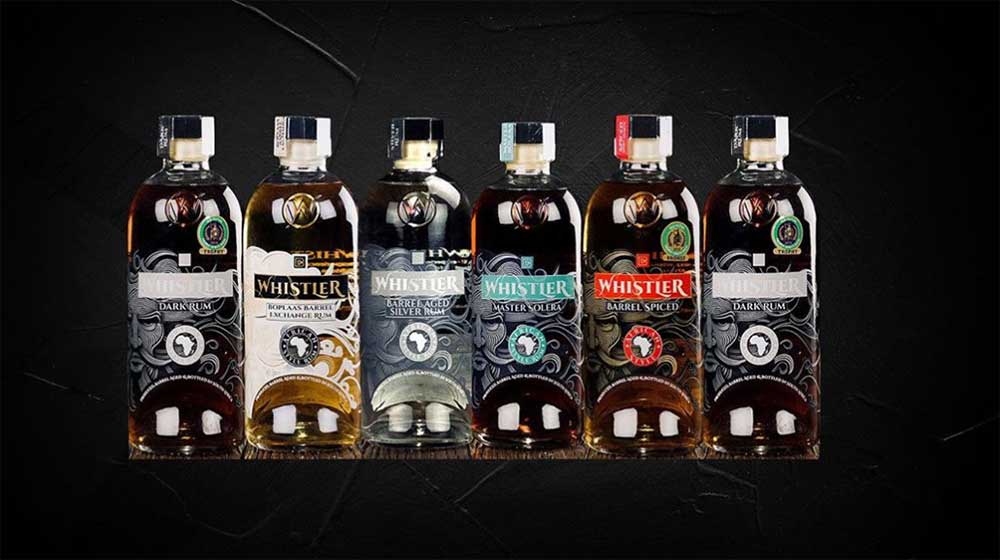 Produced in the Free State, this proudly African rum comes from one of the biggest rum distilleries in South Africa. They have a couple of products; including Dark Rum, Boplaas Barrel Exchange Rum and Barrel Spiced Rum — all jam-packed with incredible flavours and perfect for that rum cocktail you’re craving. 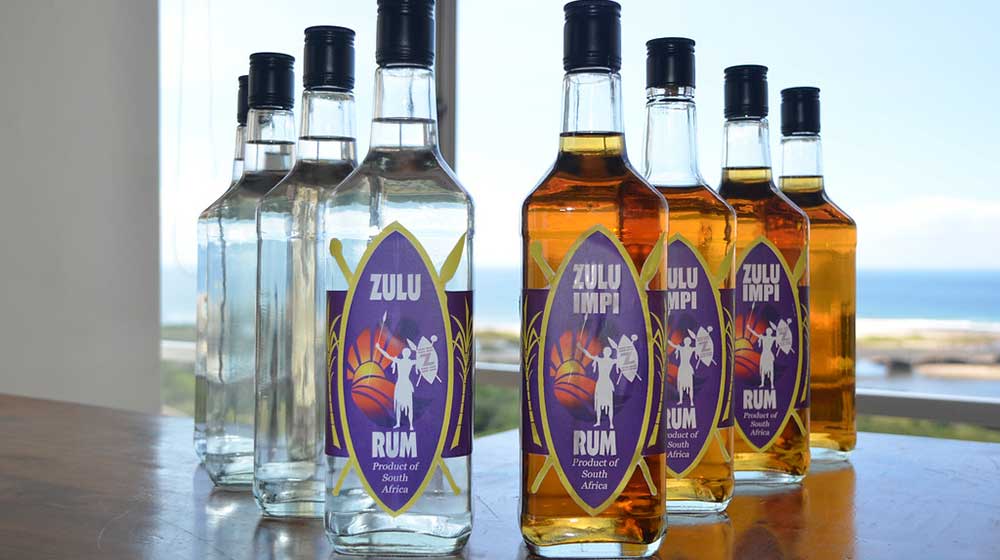 They claim to be the first local rum produced from the sugar cane in KwaZulu-Natal. The Rum is available in three varieties — Zulu Rum, a clear rum, light in flavour; Zulu Gold Rum, gold in colour with a raisin flavour; and Zulu Impi Rum, a Dark Rum with a woody flavour.

Curious about rum? Learn all about rum and other alcohol spirits.