Street food culture has been around for millenia. It’s been sustaining the masses in major cities since urbanisation drove many people to find work in city centres. To this day, it still serves that purpose with densely populated cities like Bangkok, Tokyo and Singapore being the street food capitals of the world. Versions of this street food exist all over the globe and they’re constantly changing and adapting to suit the needs of the people they serve. We explore the multicultural and diverse history of street food and how this trend takes shape in South Africa today. 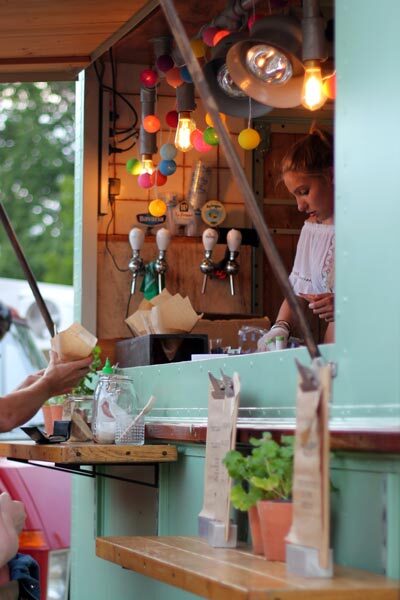 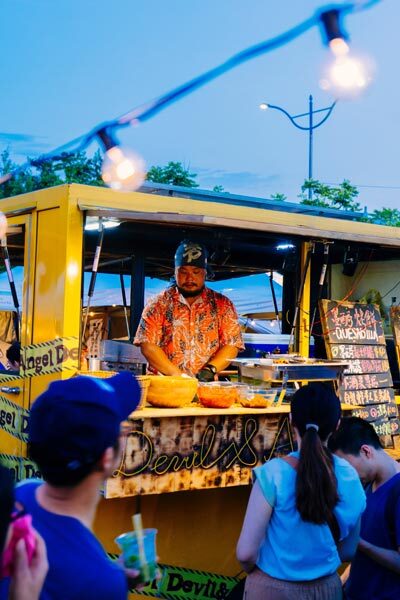 What is Street Food?

Street food is, well, food served on the street. It’s typically served from food trucks, carts, hatches or even tables in major city centres where foot traffic is high and constant. It serves people who are on-the-go and need a quick lunch or dinner, but it also serves those who don’t have fully equipped home kitchens. In densely populated cities, where residential living space is dwindling, working class families often live in very small apartments that don’t have space for a kitchen. Street food is sometimes cheaper and more accessible compared to buying groceries, and has become common practice for people to rely on vendors for daily sustenance. 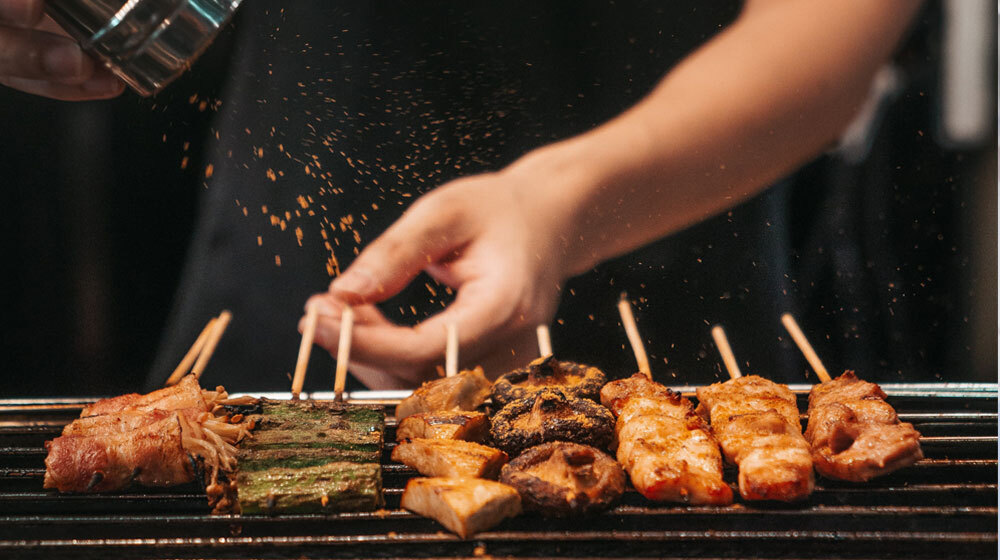 Street food is the people’s food, originating from a need to feed the working class who couldn’t afford expensive cuisine or ingredients.

In Singapore, street food is mostly served in ‘hawker centres’ which are large complexes, occupied by tables and dozens of street food vendor hatches. Hawker centres are known to have some of Singapore’s tastiest and cheapest food, and many people and families eat there everyday. Hawker culture is such an important part of the Singaporean way of life that on the 16th of December 2020, it was inscribed on the UNESCO Representative List of the Intangible Cultural Heritage of Humanity. 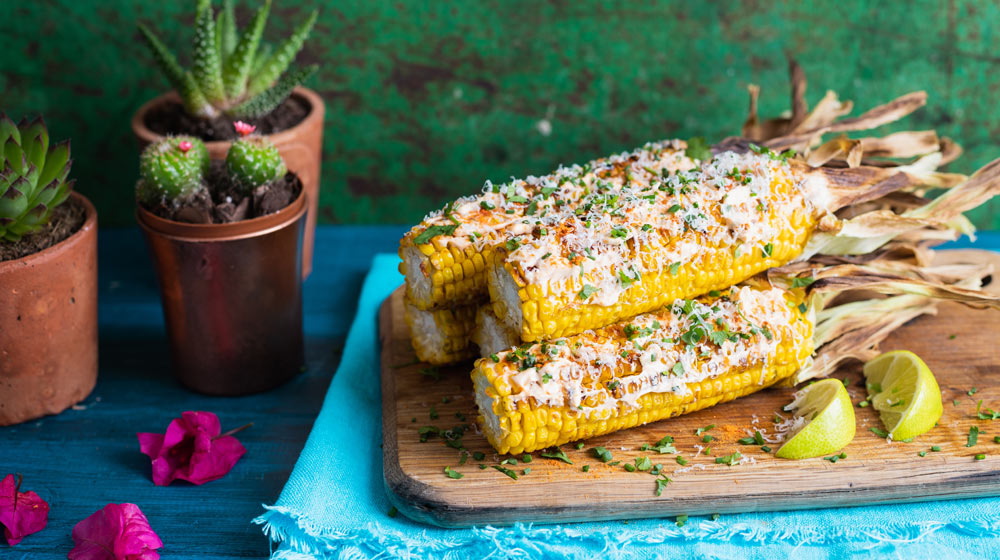 Street food is sometimes cheaper and more accessible compared to buying groceries, and has become common practice for people to rely on vendors for daily sustenance.

These days, pretty much any type of meal can be served as street food. It’s no longer just meats and salads wrapped in bread, like shawarma, or food served on sticks. Some of the most popular street food dishes include aloo chaat from Northern India, bahn mi from Northern Vietnam, crepes from France, tacos from Mexico and mango sticky rice from Bangkok, to name the bare minimum. Street food has become so popular — there are several Netflix shows dedicated to documenting the history of street food and many more YouTube series highlighting everyday cooks who feed the hungry masses. These dishes have become ingrained in global food culture that often we aren’t even aware that the dish we are eating originated on the street in vendors’ carts.

Street food is the people’s food, originating from a need to feed the working class who couldn’t afford expensive cuisine or ingredients. Nowadays, street food serves to preserve indigenous food cultures around the world and vendors can often serve as welcome reminders of ‘home’ for those living in foreign cities. In countries like South Africa, where there are many cultural groups living in diaspora, some of the most popular street food vendors are those making dishes that draw inspiration from their cultural heritage and upbringing in South Africa.

During the Apartheid era, when people of colour weren’t allowed to sit at restaurants, bunny chow was also a popular way of serving a takeaway option.

The bunny chow, for example, is one of South Africa’s most popular street food dishes and it originated in Durban, during the 1940s. Many people were brought over from India as indentured labourers and they had to find a way of transporting their curries to and from work every day. White bread was the cheapest and most accessible bread and so, in order to transport their food efficiently, it was hollowed out and used as a type of ‘bowl’. During the Apartheid era, when people of colour weren’t allowed to sit at restaurants, bunny chow was also a popular way of serving a takeaway option (usually out of the back door of the kitchen). 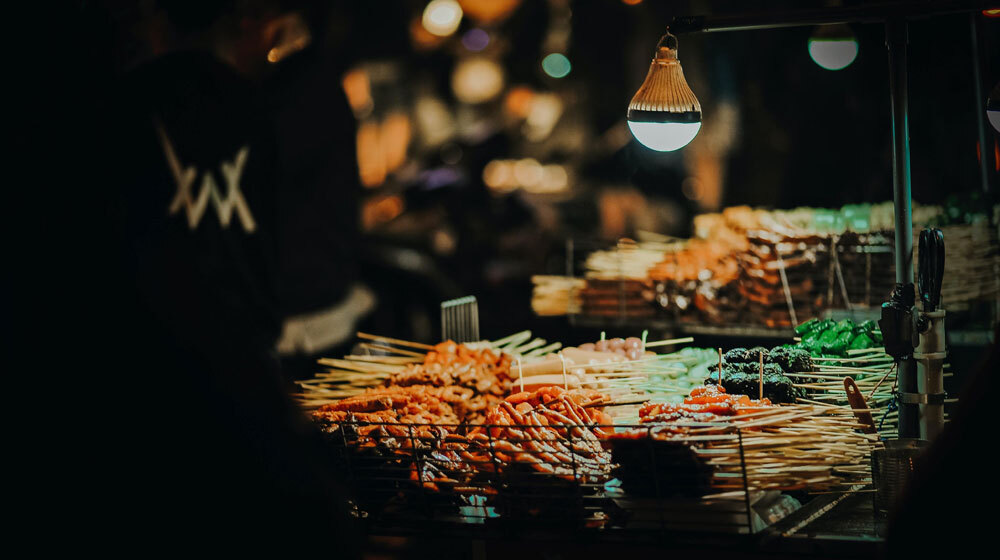 A Window to the Past

Learning about the history of street food culture is an amazing way to learn more about the history of a country and the people who have and are inhabiting it. Food is one of the few constants that have travelled with us over time. We can often gain insight into the way people lived, and why, by understanding what cuisines were available to them.