Spirits could refer to a mood or supernatural being, but in this case, we’re talking about alcohol spirits. Perhaps you know them by their common names… Jack, Johnnie or José. While you may have the alcohol spirits listed below, you might be curious as to what makes vodka look like water and taste like petrol, or maybe you’d like to know more about the medicinal properties of gin. Grab a glass, pour one out and get to know these alcohol spirits. 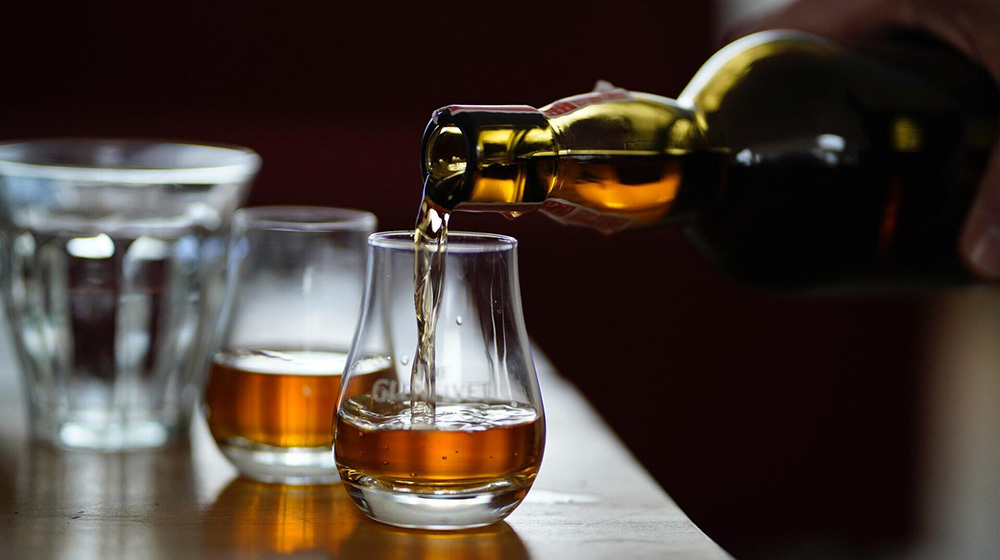 What’s in a spirit?

What separates a spirit from liquor or other types of alcohol is mainly the process of distillation. Also, spirits do not usually contain added sugars. The sugars used for fermentation in spirits come from grains, fruits and even vegetables. Additionally, spirits should have at least 20% alcohol by volume. Alcohol By Volume (ABV) or alc/vol is not just an indication of how intoxicated you will get, but rather refers to the amount of alcohol (ethanol) within a given volume. Let’s get to know the different types of alcohol spirits.

Sir Winston Churchill once said, “Gin and tonic has saved more Englishmen’s lives and minds than all the doctors in the Empire.” The irony is that gin has rumoured medicinal properties… 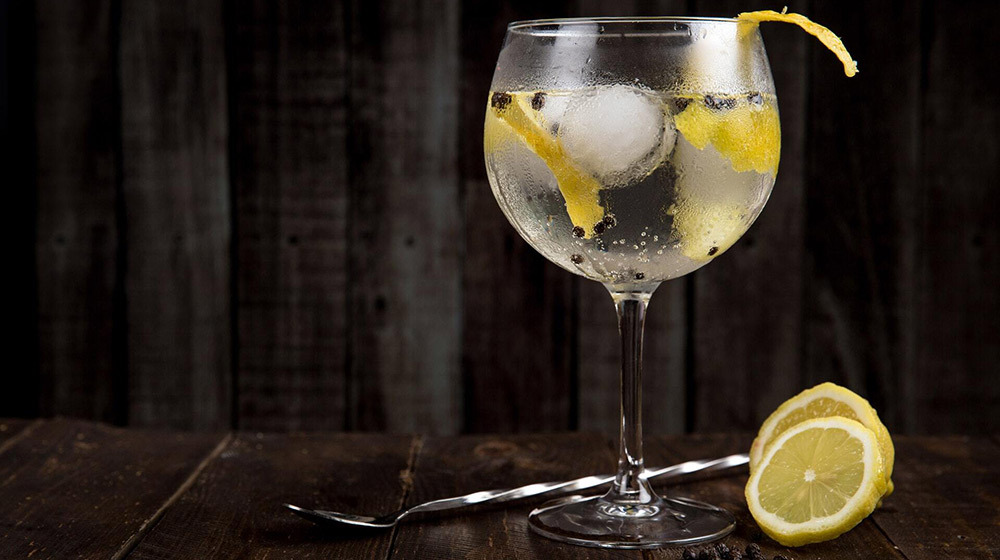 Gin has been making rounds since the sixteenth century, and its earliest form, genever, was created by the Dutch before it became ‘gin’. Legend has it that genever was used to treat monks’ chest pains and even malaria, thanks to the addition of quinine in Indian tonic water. Interestingly, gin is the second most-consumed drink, locally, after whisky that is.

It’s made by fermenting base ingredients such as wheat, barley, potatoes or grapes. Water is then added to the mixture, along with fresh ingredients to create a base scent. In order for gin to be gin, it has to contain one common ingredient – juniper berries.

Besides juniper berries, gin is usually infused with botanicals and ingredients to impart different flavours. If you’ve never tasted gin, it can almost be likened to the smell of forest rain. Gin can have zesty notes, given by citrus peels; the pleasantly bitter flavour derives from additions such as clove, cardamom, coriander, buchu and more.

A classic G&T never disappoints but if you’re looking for something less traditional, try this Warm Buttered Gin Cocktail.

This distilled alcohol spirit is traditionally made from fermented cereal grains like corn, barley malt, rye and wheat. Drinking whisky is cultural experience for many nationalities around the world. Some take it so seriously, down to the very spelling of ‘whisky’. 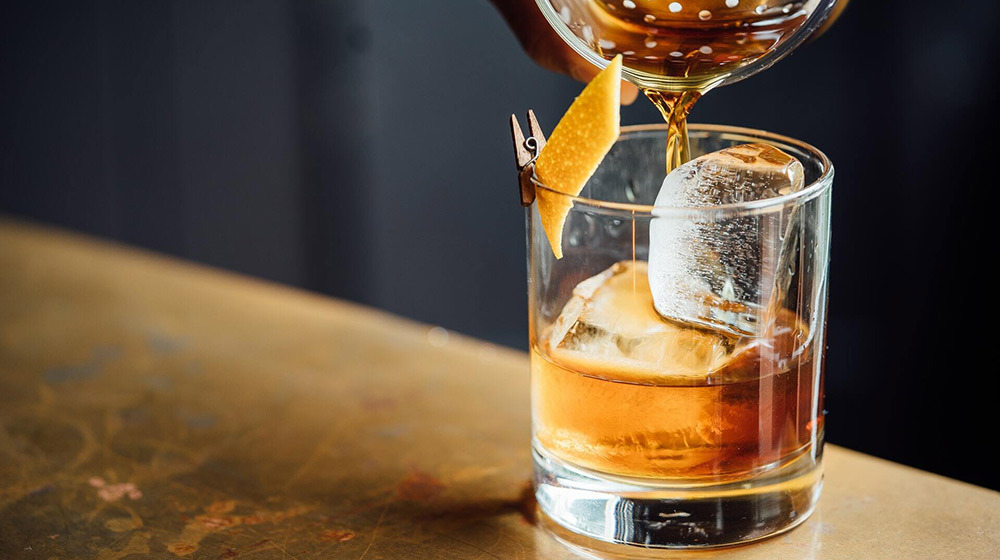 Whisky-making is an art and involves mashing, fermenting, distilling and ageing. Whisky is typically aged in wooden casks and sometimes sherry casks are used. Some whiskies are ‘single-malts’ or ‘single grain’ whiskies, and that’s where things get a little confusing…

‘Single-malt’ whiskies refer to whiskies made from water and 100% malted barley; they can be made with more than one grain type and be blended, but only by a single distillery. ‘Single-grain’ whiskies contain water and barley, but could incorporate other grains such as rye and wheat, granted it’s from the same distillery.

Slightly confused? Note that ‘single’ refers to a single distillery and has nothing to do with the grain used. There are different types of whisky like scotch and bourbon. For a spirit to be classified as ‘bourbon’, it should meet standard rules. Bourbon can only be produced in the US, the distillate should have a 51% corn composition and needs to be aged using new-oak charred casks. Scotch made in Scotland and is produced using water and malted barley.

Similar to rum, whisky makes for a great baking ingredient. Try your hand at these Irish Coffee Brownies with Whisky Cream.

Ah, brandy, the drink that ‘burns so good’ and has made many a cold night warmer. This alcohol spirit’s name is derived from the Dutch word, ‘brandewijn’ and stands to reason, being a South African favourite – with the addition of Coke, of course. 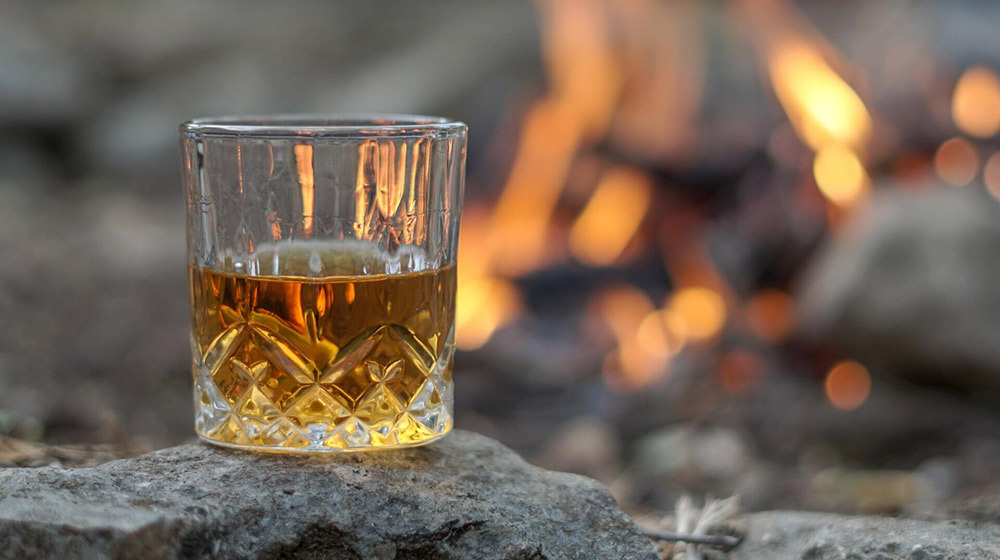 The process of distilling brandy is similar to cooking – the longer it stews, the more well-rounded the flavour becomes. In this instance, brandy develops its flavour and rich amber colour after being incubated in oak barrels. Quality brandies are traditionally aged in oak barrels, whereas commercial shelf-ready bottles are sometimes placed in stainless steel tanks for shorter periods, as a catalyst to ‘mellow’ the flavour. Unaged brandy is also consumed and is known as ‘eau de vie’ in French, which translates to ‘water of life’.

Grapes are normally used as the base ferment for brandy, but other high-fructose fruits like apples and stone fruits can be used. Fruit is fermented to form a colourless alcohol after yeast is added. The clear alcohol is then distilled before it is aged in oak barrels.

Cognac is one of the most renowned types of brandy and can only be produced in the Cognac region in France. Other types of brandy include Armagnac (also an appellation of origin), which is made from no more than ten grape varietals. Grappa (‘grape stalk’ in Italian) is another type of brandy, made using grape stalks, skins and seeds.

Potatoes are truly one of the best and most versatile vegetables known to mankind. It has given us French fries, the potato battery and vodka. This tipple is one of the most recognised alcohol spirits, and it certainly isn’t for the faint-hearted nor light-weights. 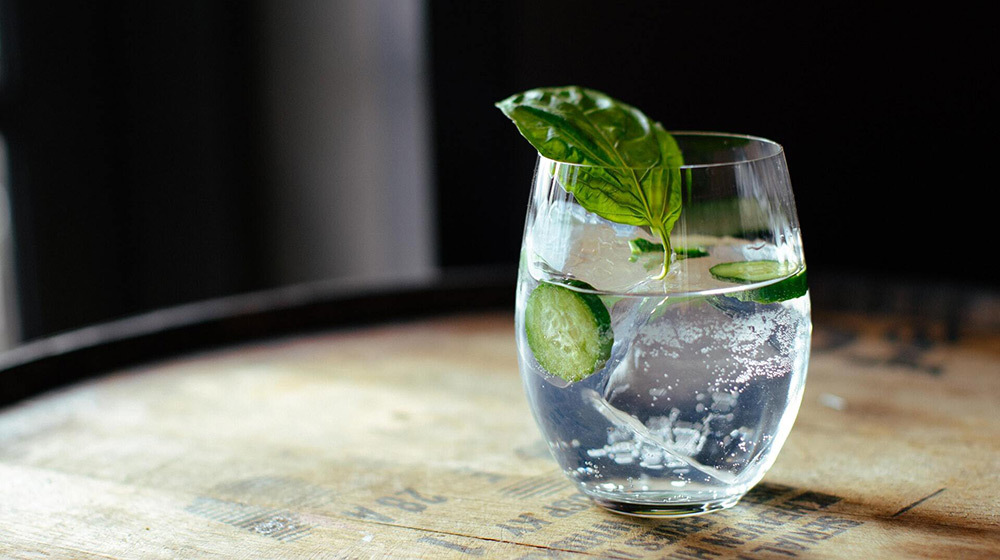 Vodka is made with one of three base ingredients: potato, grains (wheat, corn, rye) or fruit (grapes, sugar cane). Traditionally, high-starch ingredients or cereal grains are used, but it can actually be produced from any ingredient that has the ability to ferment.

What sets vodka apart from other alcohol spirits is its neutrality. The characteristic taste of vodka lies in the distillation and filtration process. Ideally, you want your vodka to look as crystal clear as water and taste like pure ethanol; this is usually obtained using potatoes or cereal grains as the mash.

Vodka that uses fruits or sugars as base ingredients usually have more of a fruity, less neutral flavour-profile compared to when more traditional ingredients used. Spirits like gin and whisky rely on processes like barrel-ageing to naturally enhance the flavour and transform the appearance – this is not the case with vodka.

The process of making vodka involves fermentation of base ingredients, using yeast and water which yields ethanol. The solids are then strained and removed to get the liquid. Distillation occurs where the vodka is essentially purified by heat, vapour is formed and collected as liquid. Vodka is filtered using either charcoal or carbon to retain the ‘pure’ flavour. In the dilution step, water is added – the amount depends on the desired ABV.

Characteristics: distilled liquor, no distinct aroma/taste.
Ingredients: high-starch and high-sugar ingredients like potatoes, cereal grains (wheat/sorghum), fruit (grapes/sugar cane).
Properties: colourless, odourless.
Taste: neutral flavour.
ABV: by American standards vodka should have a minimum ABV of 40% and by European standards, vodka should be no less than 37.5% and no more than 90%.

Rum is usually associated with black-bearded pirates, sailors and island parties. This alcohol spirit hails from Barbados and is believed to be one of the oldest alcohol spirits. 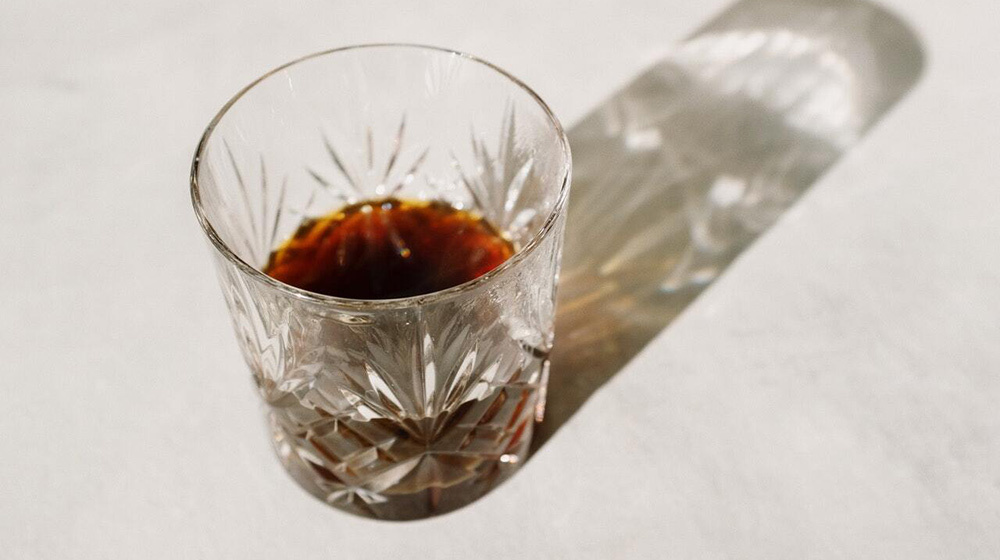 Rum is in a flavour league of its own – its warm and delicious taste is an amalgam of unique methods and ingredients used. Molasses and sugarcane form the base ingredients in the blending of rum. Rum made using sugarcane is normally fruitier compare to rum made with molasses juice. Barrels used to age rum are heated and when combined with high-sugar ingredients, evoke warm caramel tasting notes.

Even if two different rum brands contain the same ingredients and are produced the same, the flavour would differ depending on the soil and conditions under which the sugarcane used was grown. The type of barrel used also impacts the taste and appearance.

There are different types of rum; stainless steel barrels yield white rum, whereas aged rum has an amber hue, and golden rum is sometimes a result of additives. Generally, the darker the rum, the longer it has been aged or the more distilled it is. Traditional rum only requires sugarcane byproduct ingredients, whereas spiced rum is produced using vanilla, spice and tropical fruit like coconut to flavour the rum.

Rum’s rich, caramel flavour rum makes it ideal for baking. See for yourself and make our Pineapple Tarte Tatin with Caramel Rum.

When life hands you lemons, slice them up, savour some salt and down a shot of tequila! Most people have an anecdote involving this popular alcohol spirit… 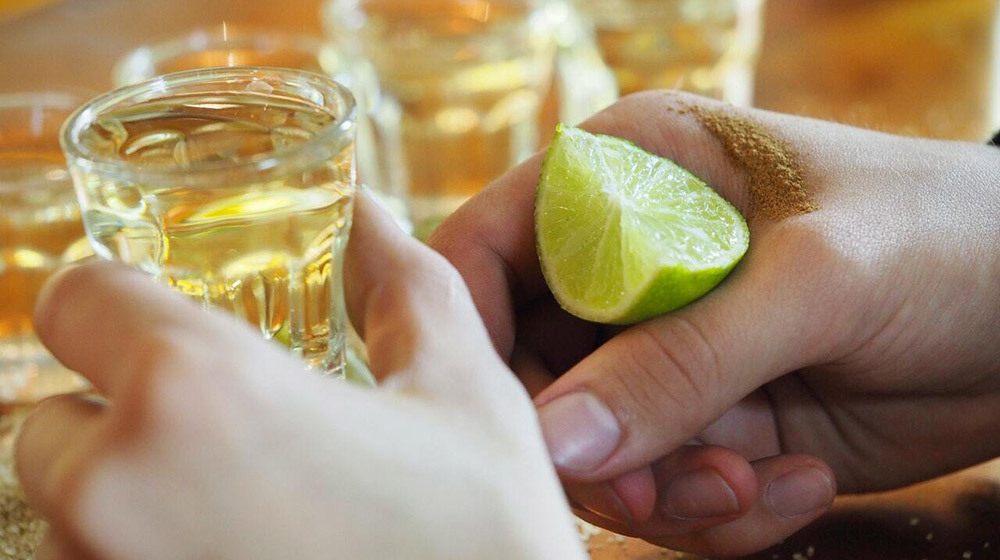 Tequila’s flavour comes from agave extract, which tastes similar to honey. Taste depends on the maturation of the tequila during the barrel-ageing process. Ageing tequila in oak barrels (usually once-used American whisky barrels) enhances the flavour. The longer it ages, the more mellow the agave flavour becomes. It’s usually not aged for more than five years.

Tequila can only be called ‘tequila’ if exclusively produced in Jalisco, Mexico. Tequila produced elsewhere is identified as ‘mezcal’. The main ingredient in tequila is blue agave plant (a fleshy-leafed succulent), which is roasted to extract sugars used for fermentation.

Tequila is also gluten-free, which is great news for those with special diets. If you’re interested in learning more about this spirit, why not get to know tequila better?

Characteristics: the main ingredient in tequila is blue agave and is produced in Mexico.
Ingredients: sweeter tequilas usually contain sugarcane.
Properties: colour changes depending on ageing; the darker the tequila, the more aged it is.
Taste: depends on the brand and length of maturation. Ranges from sweet, smoky, citrusy.

You’ve probably tried a margarita before, but have you tried a Salted Caramel & Orange Margarita or Paloma?

First thing’s first, let’s get this out of the way – all mezcals are tequilas, but not all tequilas are mezcals. Both alcohol spirits derive from the agave plant family, but tequila can only be produced from the blue agave plant, whereas mezcal is made using any agave varietal. 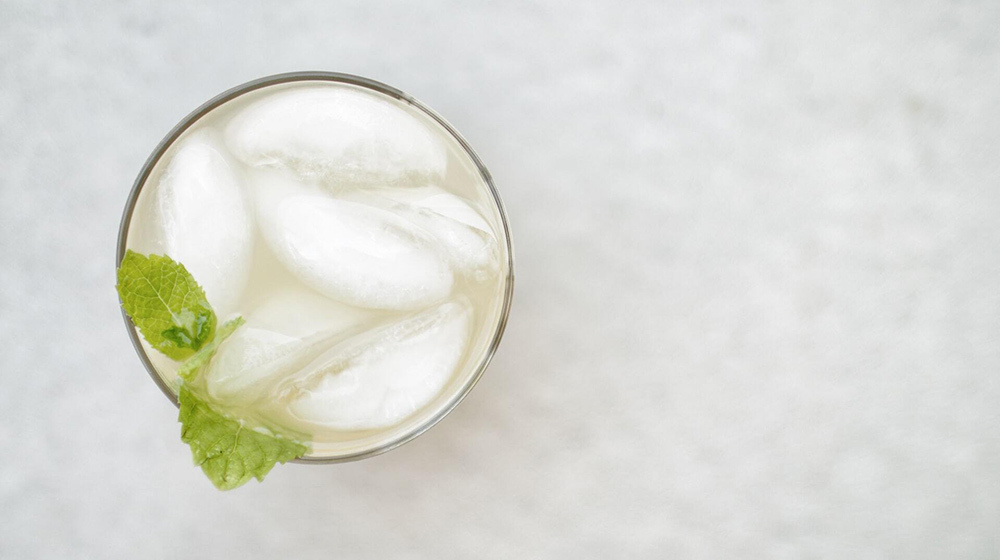 The flavour of mezcal ranges compared to tequila which is more consistent, being blue-agave specific. Mezcals are typically aged anywhere between two months and one year or more.

Maguey agave is harvested to make mezcal, the heart portion is taken from the agave plant and heated in fire pits, which explains the smoky flavour of mezcal. This process releases the natural sugars of the agave, which is then milled into liquid and fermented in wooden barrels along with water. The alcohol formed is then distilled two or three times.