Ah bacon, how I love thee… but I’m not the only one. It seems the whole world has been in a bacon frenzy for the last few years, and it doesn’t seem to be dying down. I, for one, am very happy about that because let’s be honest, bacon is really awesome. It’s the sweetest treat of all the porky meats, the top of the piggy mountain, and if there was such a place as Shang-pig-ra-La, it would be paved with streaky bacon bricks. In this edition of Meet the Meat we’re heading to Bill Riley Meat to learn how to make homemade bacon with my mate, Dave Riley Jnr.

Before we dive into the bacon, let’s chat about the ins and outs of store-bought bacon. Have you noticed when you cook store-bought bacon it leaks out a watery substance everywhere? That’s because they inject the bacon with water or brine to bulk up the weight, sneaky buggers. The bacon also shrivels up to half its size and who wants that?

The beauty about homemade bacon is that the curing process draws moisture out of the pork and firms it up. When you cook it you’ll see how it retains its size and crisps up to perfection, minus the water.

There is also a big debate in the bacon world on nitrates that exist in curing salts. Nitrate is a preserving agent that stops the growth of bacteria like botulism in cured meats. It’s controversial because they say in high quantities it’s really bad for you, but then again so is botulism. If you’d rather use curing salt be my guest, but just read up on it beforehand. Using nitrates comes down to personal preference. In this recipe, I’m going with Dave’s advice and keeping it old school, the way his grandfather taught him, without curing salt. 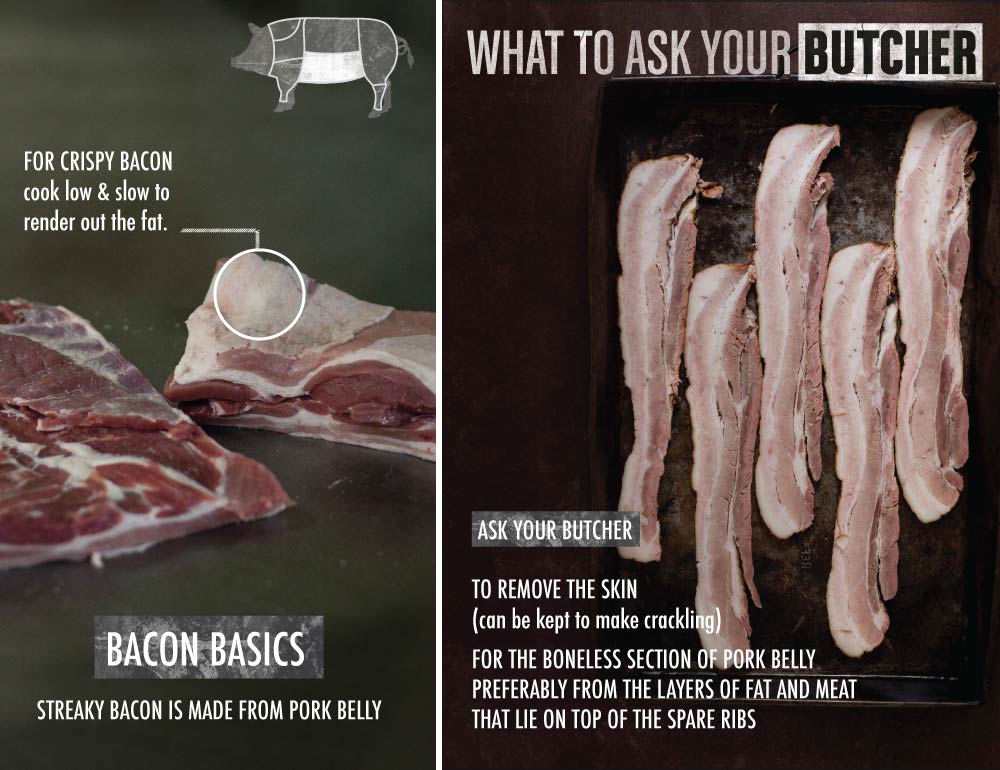 Once the belly is removed from the carcass it’s skinned, halved and then squared off. From here we apply the rub all over, making sure to get in all the nooks and crannies. Next we pop the meat into a container with a lid and stick it in the fridge, simple hey? Now the waiting starts and it will continue for the next five days. What the cure does is pull the moisture out the meat and flavour it at the same time. Every day you’ll need to drain the liquid out of the container and every second day you will need to apply a little more rub. For food safety sake, make sure that your fridge is running cold (1.6 ºC).

On day five, all you have to do is to remove the belly from the fridge and rinse it off to remove any excess rub and salt. Congratulations, you’ve now got ‘green’ bacon, it’s called green because it’s unsmoked. Now comes the most important step, so listen up my porky pioneer. Cut the end off the belly then slice off another piece and fry it up nice and slow so that the fat renders out. Taste the bacon to check the salt content. If it’s way too salty, submerge the meat in a big bowl of water for 1-2 hours to draw out some of the salt, then test it again. Once you’re happy, it’s time to smoke the bacon.

I smoked mine on a Big Green Egg, but any Weber will do with the right set up. The details for that are in the recipe, so take a look if you want to take that green bacon to porky nirvana. If the idea of smoking seems like hard work, then leave it as green bacon – it will still be delicious.

Making bacon really is a rewarding endeavor and the best part about it, besides eating it, is that you get to cut it as thick as you like. I am partial to a thick slab myself and I’ve decided to use my bacon to create one of my favourite sarmies of all time – the BLT or Bacon, Lettuce and Tomato.

I first discovered the BLT when I was working in America and it was love at first bite, second bite and every bite thereafter. It’s so simple, yet the combination is so epic… toasted white bread with mayo, thick cut tomato, a handful of crunchy lettuce and an obscene amount of crispy bacon. What’s not to love? For my BLT I’ve amped things up a bit with a homemade roasted garlic aioli, a touch of chutney and of course, homemade bacon. Rather than using any old bread, try find a good farm-style white loaf. I got mine from the fine folks at Cape Town’s Bread & Butter who funnily enough, make one of my favourite sarmies ever. Check it out HERE. Until we meat again, cheers! 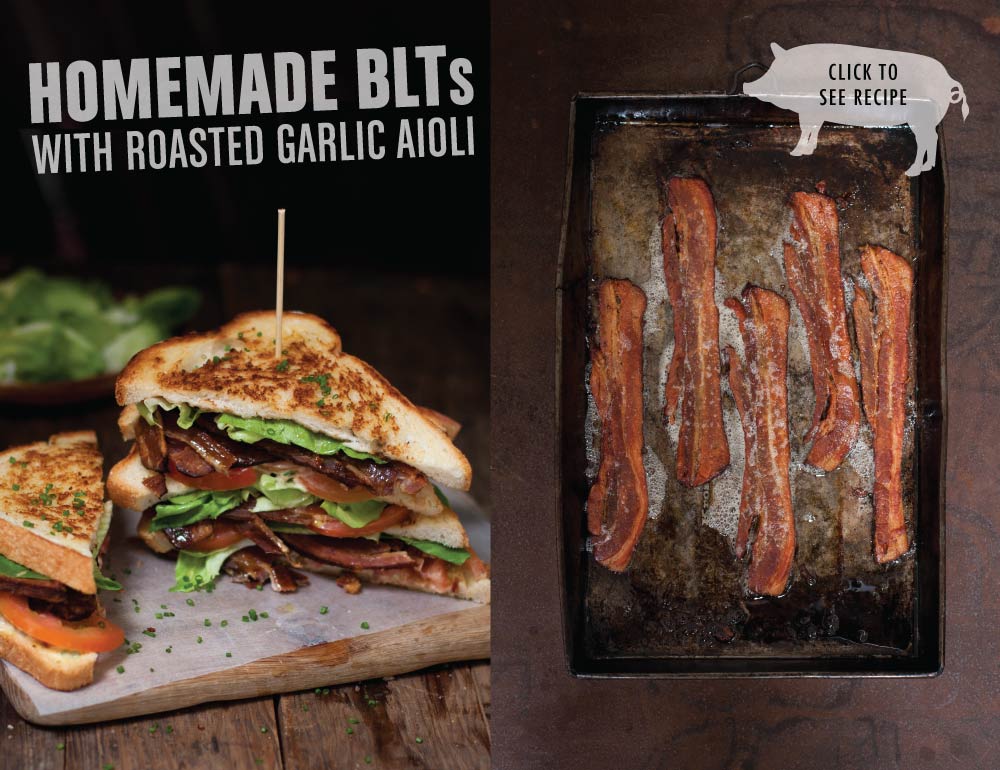 Place the salt, sugar, bay leaves, juniper berries and pepper into a spice container and shake to mix. Apply a good amount of rub to the belly and then place into the sterilised container and seal with a lid. Place into the fridge for 5 days. Check the belly every day; drain off the moisture and then apply a little more of the rub. Be careful and don’t add too much or you will end up with salty bacon. On the fifth day take the belly out the fridge and give it a good wash to remove the excess rub. 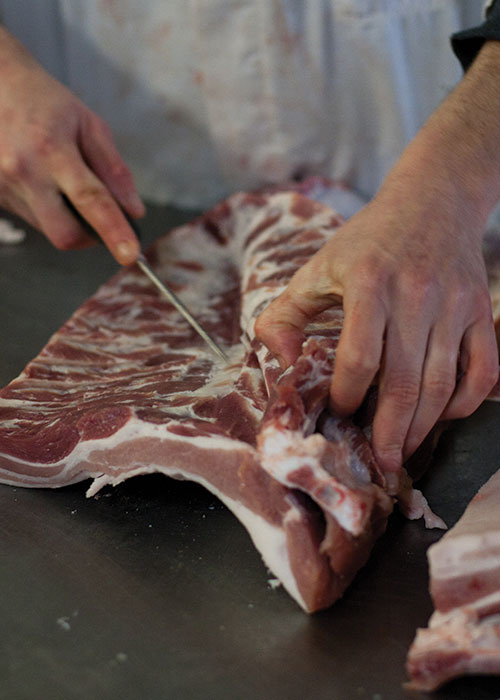 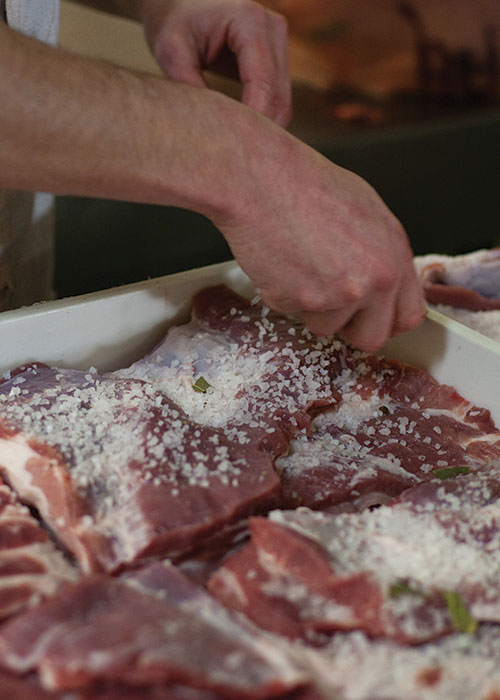 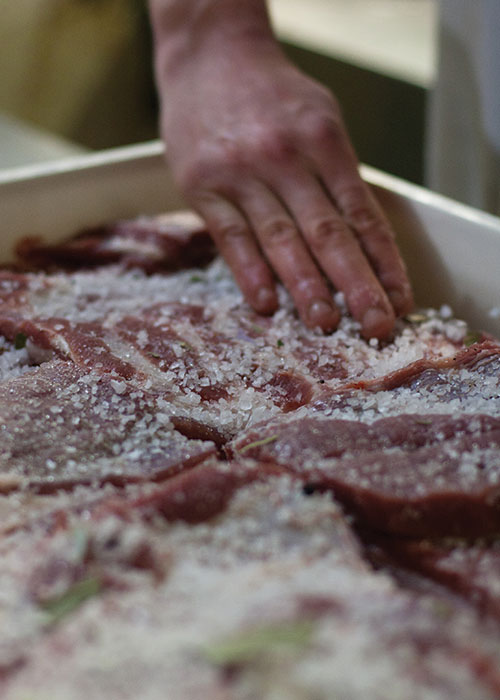 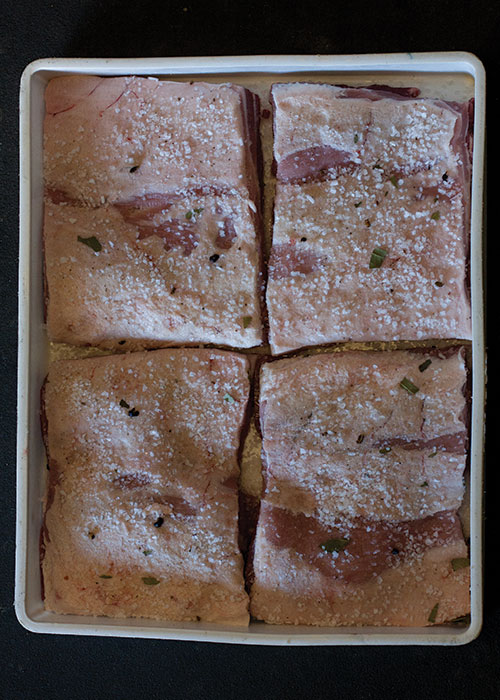 You have what is known as ‘green’ bacon, cured but unsmoked.

NB! Slice off one end and then slice a second piece off to test fry. Cook the bacon slowly in a frying pan, ensuring that the fat renders and that it crisps. Taste it to check the salt content. If it’s too salty then submerge the pork meat in a bowl of water for 1-2 hours. Cut off another piece and try again. When you are satisfied with the flavour, the meat is ready for smoking.

Smoking may seem like a complicated process but it really isn’t. Use a Weber or a Big Green Egg smoker to smoke the meat. Both will have instructions for setting up to smoke with indirect heat, which is basically a delicate heat source that allows thicker cuts of meat to cook through slowly, without burning.

Use your choice of smoking chips (I used hickory) and smoke until the internal temperature of the meat reaches 65 ºC. Use a meat thermometer to check. Once the bacon is done, take it out of the smoker and let it cool. Congratulations, you now have smoked bacon! If you are not going to eat it all in one go, you can wrap it in plastic and keep it in the fridge for a week. Alternatively, freeze it for up to 2 months… (like it’s gonna last that long). If you’ve chosen to keep your bacon green, then freeze it immediately.

When ready to use, slice to the desired thickness.

Separate the garlic into unpeeled cloves. Toss in a little olive oil then wrap in a foil to form a parcel. Roast the garlic on a baking tray for 30-40 minutes until soft.

Whisk the egg yolks with the Dijon mustard to combine; add the oil in a slow, steady stream while whisking all the while. The mixture will start to emulsify as you whisk and will become a silky, thick mayonnaise. Add the lemon juice and then season with salt and pepper to taste. Squeeze the roasted garlic into the mayo, add the chives and give it a good whisk to combine. Leave in the fridge to chill until needed.

Lay the thick-cut strips of bacon on a baking tray and bake for 10-20 minutes or until the fat has rendered out and the bacon is golden brown. Remove from the oven and drain on kitchen towel. (Alternatively, can be pan-fried slowly to render the fat and achieve the same effect).

Paint the bread with melted butter on one side only. Fry the buttered side in a frying pan over a medium heat until you have a golden brown crust. This is the outside of your sarmie.

Spread the inside pieces of bread with a generous amount of chutney. Add the tomato and season with a little salt (depending on the saltiness of your bacon) and freshly ground black pepper. Add the crispy bacon and lettuce. Drizzle with aioli and top your sarmie with the final slice of fried bread. Cut in half and smash it! 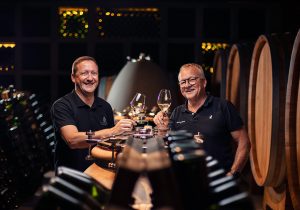 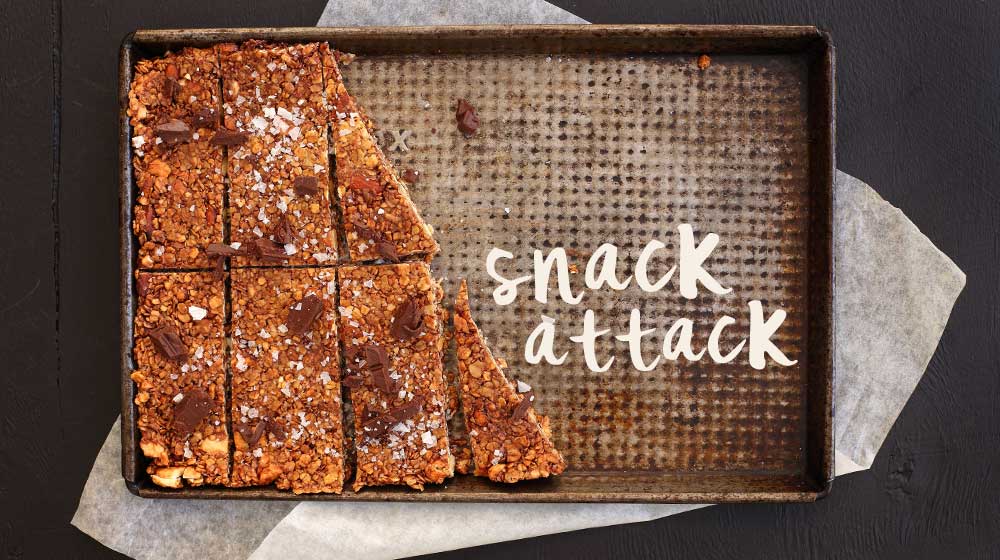 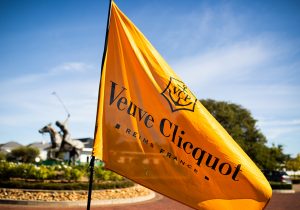