Gangster culture has been an open wound for South Africa for nearly as long as history can tell. A festering, open wound. The lifestyle, fueled by drugs, money, sex and violence has always been very present and is feared to be growing in popularity, with kids as young as 11 being roped into this desolate way of life. Reasons for joining the gangs vary but a lot of these youths come from unstable families, where support and guidance is minimal, with imprisoned fathers and uncles who are gang members themselves. Aside from the perceived status, joining a gang is the closest thing these kids get to some form of support, because they’re surrounded by people just like them. People who have gone through similar harrowing experiences at young ages. From there, their lives often head on a downward spiral, drug-filled and exceptionally violent, these boys often end up dead or worse, in prison. 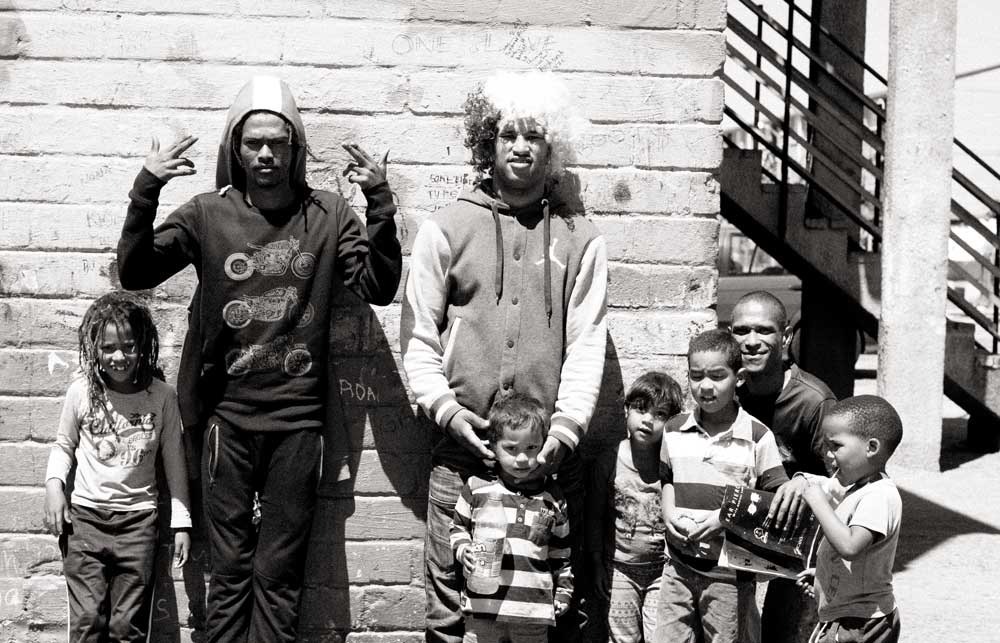 There is seemingly no way out of this life. Drug addiction, prostitution, robbery, rape and murder all become standard daily activities. And, with many kids dropping out of school to become full time gang members, the chances of being able to find an alternative way to make a living become slimmer as time goes on. For Brandon Eckardt, this harsh lifestyle is all too familiar. Having grown up in the Cape Flats, Brandon followed a similar route to that of his uncles, who are prominent gang members. Despite growing up with a very sound and stable family who loved and supported him, the draw of gang life was too strong and he found himself embroiled in the glamourised harsh lifestyle. After a particularly traumatising experience, Brandon began to question the choices he had made in his life and decided not to let them affect his future.

“I looked at myself in the mirror and thought ‘how the hell did I get here?’”.

Inspired by his mother who is a social worker, he wanted to help others make the change and improve their lives. With the support and help of his parents, Brandon managed to get clean and quit the gang lifestyle, realising that without that emotional backing he would be nowhere. 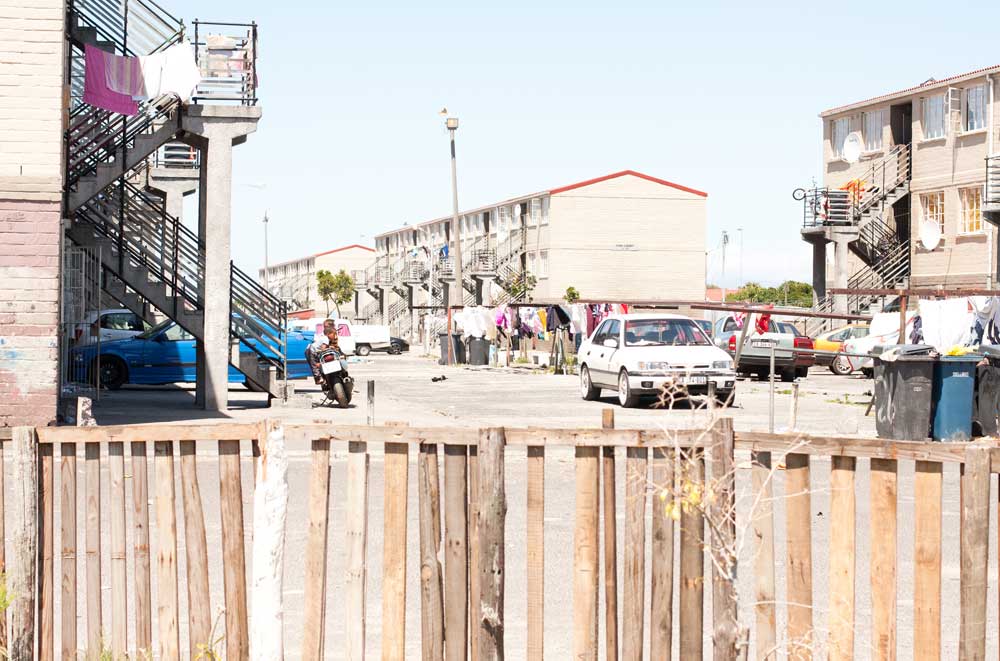 With the aim of offering support to others who seek to change their lives, Brandon runs an NGO called Life Changers Foundation. But the formalised program took a little time to get going. First, he started a small group, at the back of a well-known church, to allow young men and women a safe space. The turnout was remarkably good and within a year, they went from about 30 people to 150. That 150 has now grown well into the hundreds. 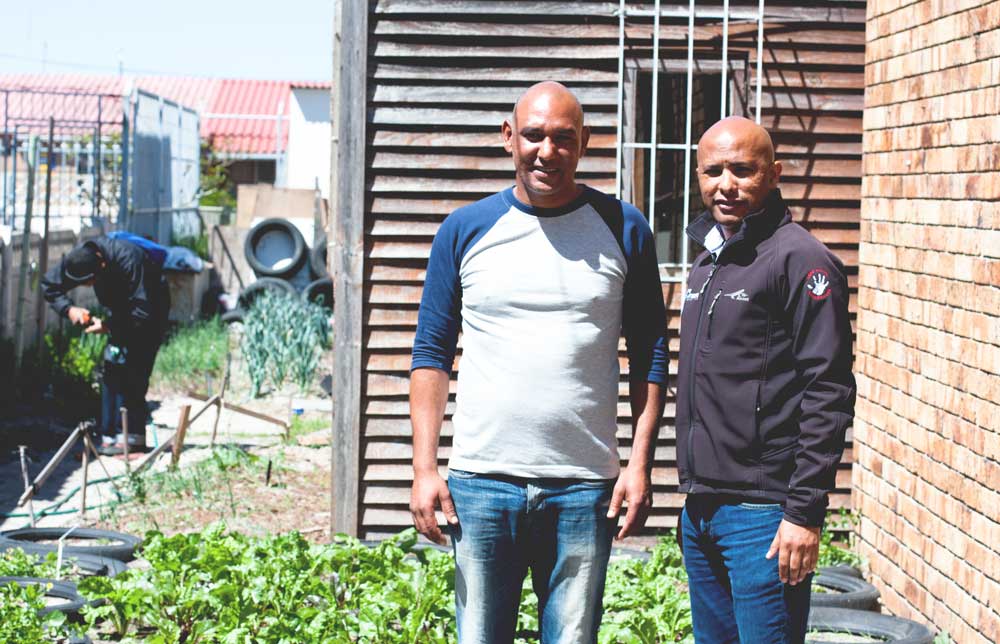 Life Changers offers a completely unique type of support for people wanting to change their lives. They give their members emotional help and counseling to deal with the trauma of what they’ve been through, but they are also enabling them to go out and make a clean start for themselves. They do this by offering a number of skills based courses such as computer literacy and bookkeeping, as well as helping to prepare rehabilitated individuals for the workplace. This includes assisting with CV writing, correct interview conduct and entrepreneurial workshops. Life Changers goes above and beyond to help these young men and women get their lives back on track and to make something of themselves. Brandon also acts as a gang mediator along with the Department of Justice and the police, using his past experiences to do good. The foundation also acts as a diversion program for the criminal justice system, to offer an alternative route to prison for a number of juvenile delinquents. 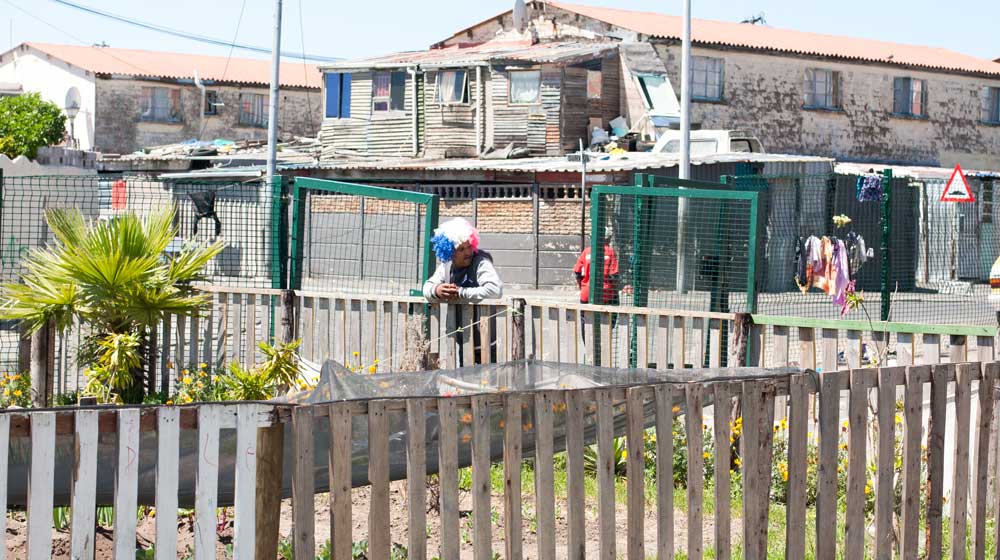 In over a decade, Life Changers has made an incredible improvement in the lives of reformed gangsters as well as their families. Now, they’re shaking up their rehabilitation methods. About 2 years ago Lindsey Isaacs, walked into the foundation, from a background much the same as the rest of the youths in Ottery and the Cape Flats. Violence and drugs was all he knew. Initially, he assumed Life Changers was just going to be another program, forced upon him by the state, and that once he was done with the compulsory three months, he would be back on the streets getting into the same trouble. This time, however, was different, Life Changers was different and he found himself opening up to the notion of following an alternative life path. Fueled by possibility, Lindsey came up with the idea of starting a vegetable garden at the back of the the church. Life Changers loved his initiative, gave him a little bit of money and told him to try grow whatever he could. So he started with a small planter and chilli seeds and as Lindsey began to tend to it and found the feeling of growing it immensely rewarding.

“Just that chilli plant showed me that I could grow things and it changed my passion,” Lindsey says.

Despite people in the area stealing the chillies, he felt ignited and he began to wonder what else they could grow. He loved the possibility of being able to feed people and their families. Supported by Life Changers, Lindsey was encouraged to explore this gardening concept and see what impact it could make on the community. 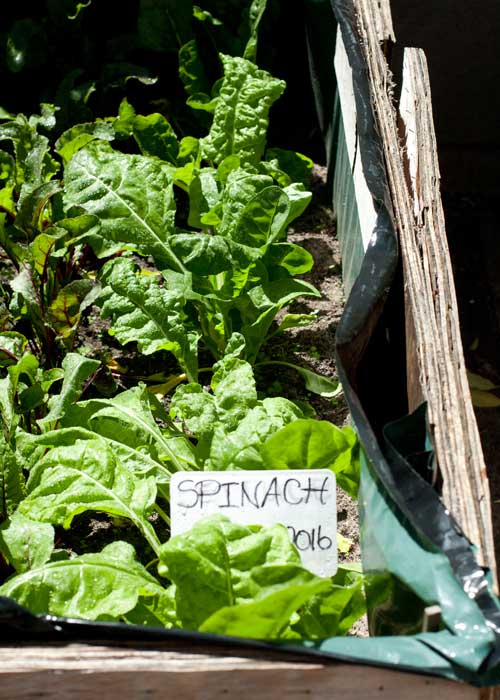 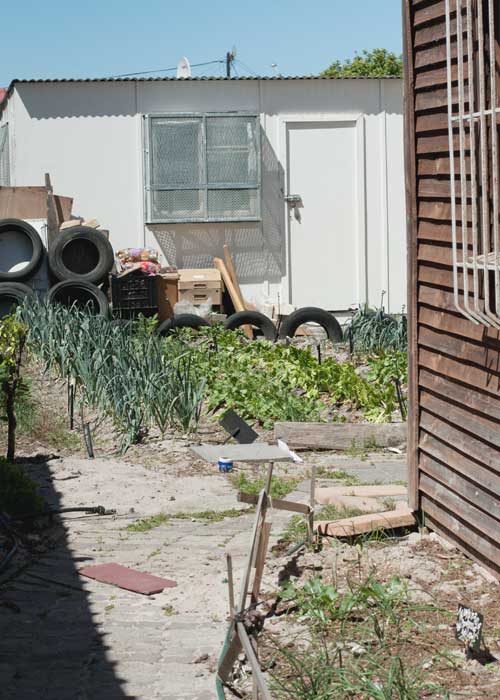 Spurred on by this backing, Lindsey began to research and learn all that he could about growing vegetables. He looked to international greening projects like The Ron Finley Project and received invaluable training from Cheryl Ozinsky of Oranjezicht City Farm fame. Not only did he find solace in the patience of planting, but he also felt better from eating real, healthy food. A year later, Lindsey is a true gangster gardener and is teaching the Life Changers members how to grow their own food, and along with that, their self-worth. Every Friday, members are being shown how to plant, cultivate, harvest seedlings and make their own compost, basically everything that you need to start and run your own food garden. Learners are trained in the church garden and then encouraged to start their own gardens at home and wherever else they can in the community. Seeing as the Cape Flats are built on gravel plots, these fledgling gardeners have to convert these lifeless pieces of land into gardens. There’s a new kind of turf war taking place, one that sees desolate gravel being turned into flourishing, life-giving, organic veggie gardens. 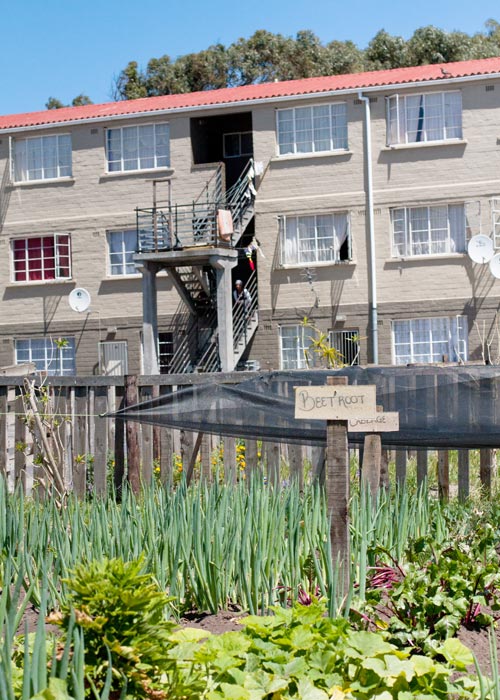 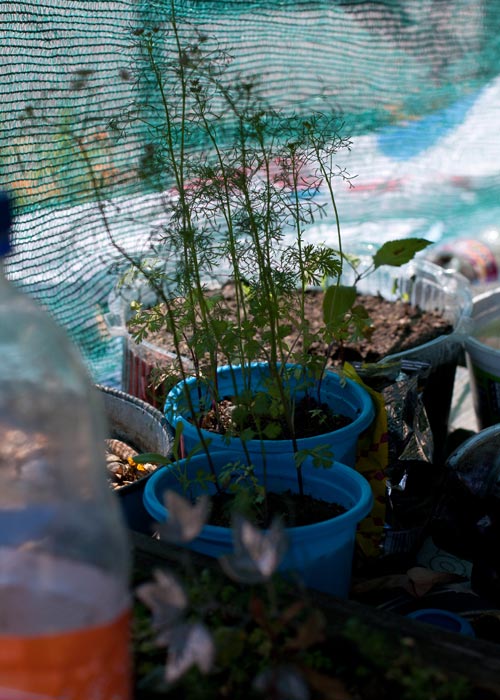 This is urban greening in its purest form, and it’s changing the way many people live their lives. With many little gardens popping up all over the Flats, Lindsey is hoping that these people will be able to begin to provide themselves with some form of income. For as long as is needed, Life Changers will provide whatever the gardeners need, while teaching them to become completely self-sustaining. Once their gardens are growing healthily and the families are sufficiently fed, the idea is that they will eventually begin to sell any surplus vegetables leftover at a monthly market. 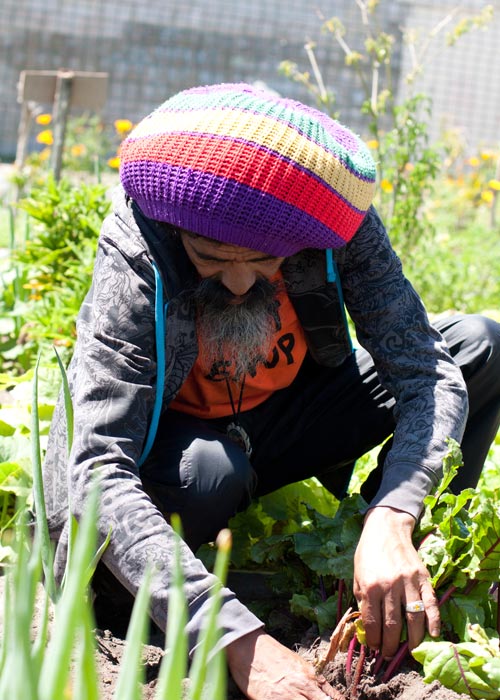 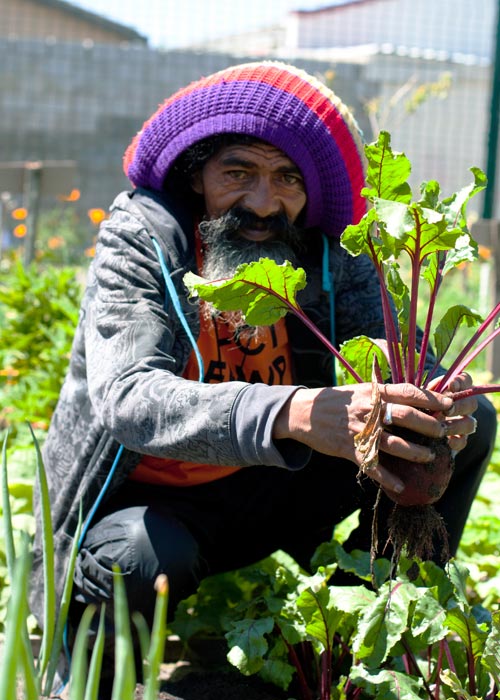 In a way though, the gardening has provided much more than food, it has provided an outlet and focus for many of these young people. There are many links between gardening and depression alleviation and that can truly be seen here. The gardens have also taught these reformed gangsters another set of life skills. What you put in is what you get out, and that your garden, like your life, will only succeed if you show it love and care. The members of these gangs often show signs of high level of self-absorption and pride, and gardening has a way of humbling them. They don’t have to impress anyone and they have an opportunity to sit quietly in a moment of self-reflection, something that their former lives never gave them. Added to that, in going through the motions of growing a vegetable from start to finish, they are able to achieve something tangible for the first time in their lives. The biggest sign of success though is how much these men and women care about these plants. According to Lindsey, they excitedly show him their veggies and one young man in particular, an ex-heroin addict, has done a complete 180º. Not only has he taken ownership of the training garden, treating it as his own, but he is supplying it with orange, apple and pear trees too. For him, he explains that the garden gives him something else to focus on in place of drugs. 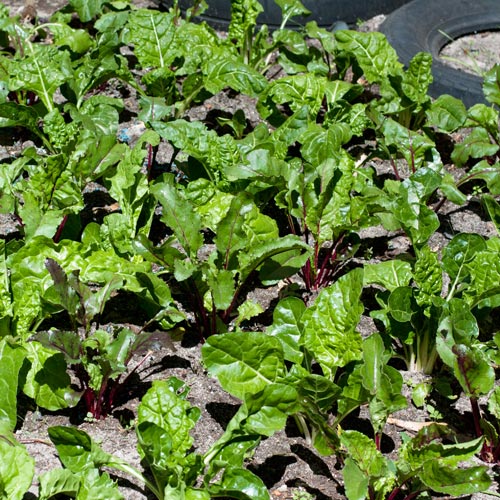 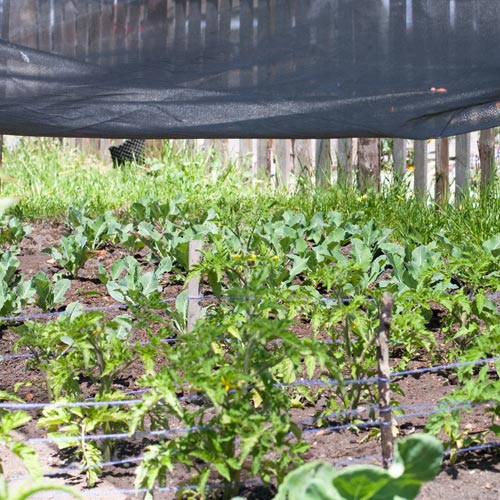 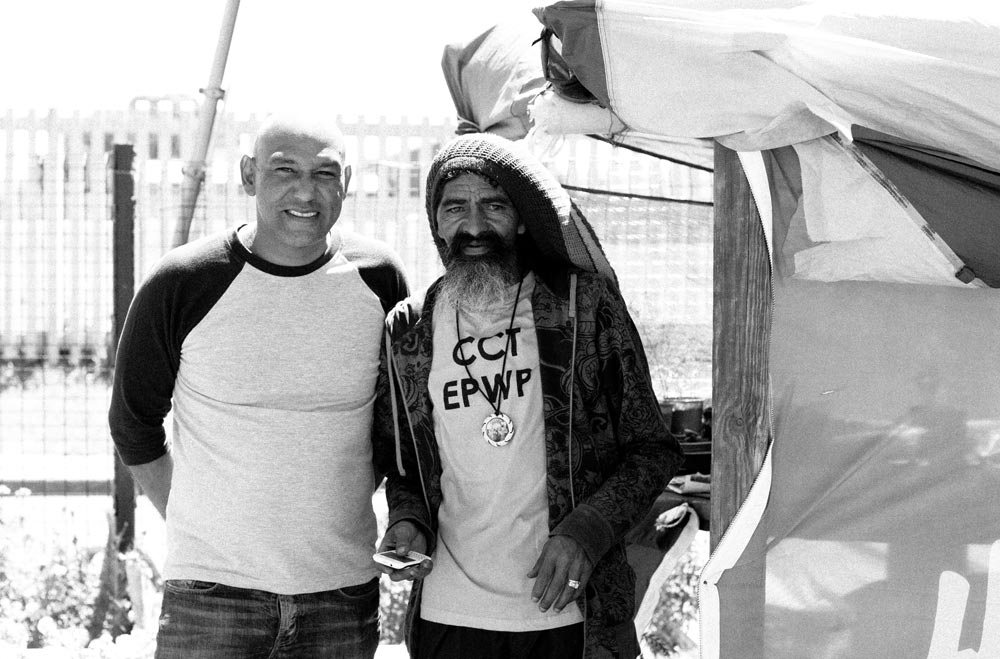 For Lindsey and Life Changers, this is just the beginning. Along with their plans for a market, they want to grow their own garden and have edible gardens all over the community. “It would be really nice to walk down the road and eat something healthy,” says Lindsey. They’re also hoping to move to a bigger premises soon, so that they can help more people but also so that they can grow more veggies. 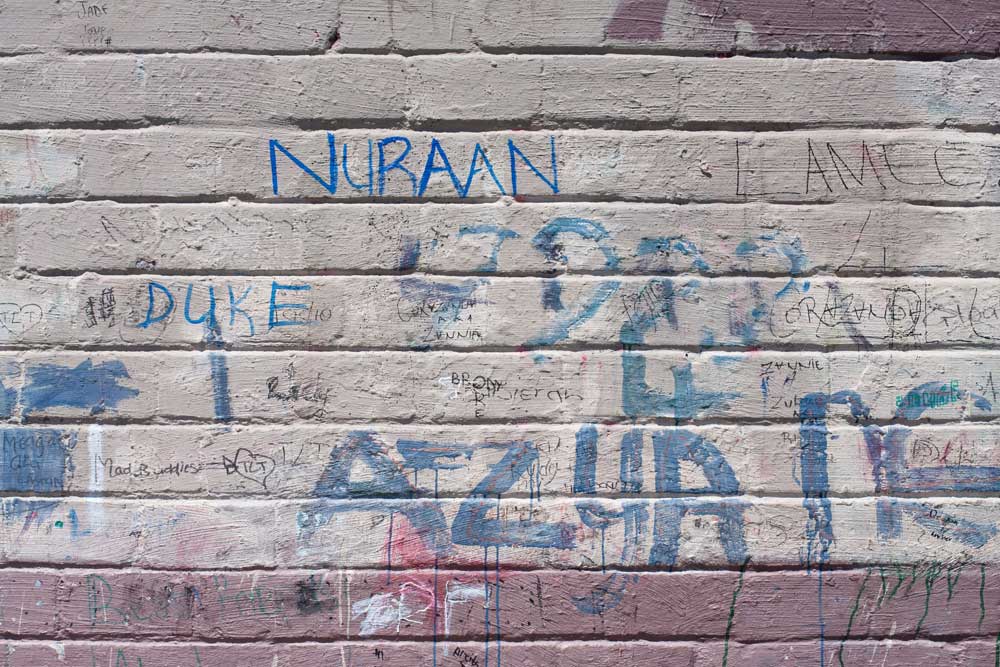 In the hustle and bustle of daily life, it can be so easy to get caught up in ourselves, that we may disregard the struggles that so many young people go through. Life Changers reminds us that simple but positive ideas can make a huge impact on someone’s circumstances. It also so happens that they’re establishing some of the best organic urban veggies gardens in Cape Town. What Life Changers does is offer hope and teach people to love themselves. They give meaning to people’s lives and that is a very gift indeed. 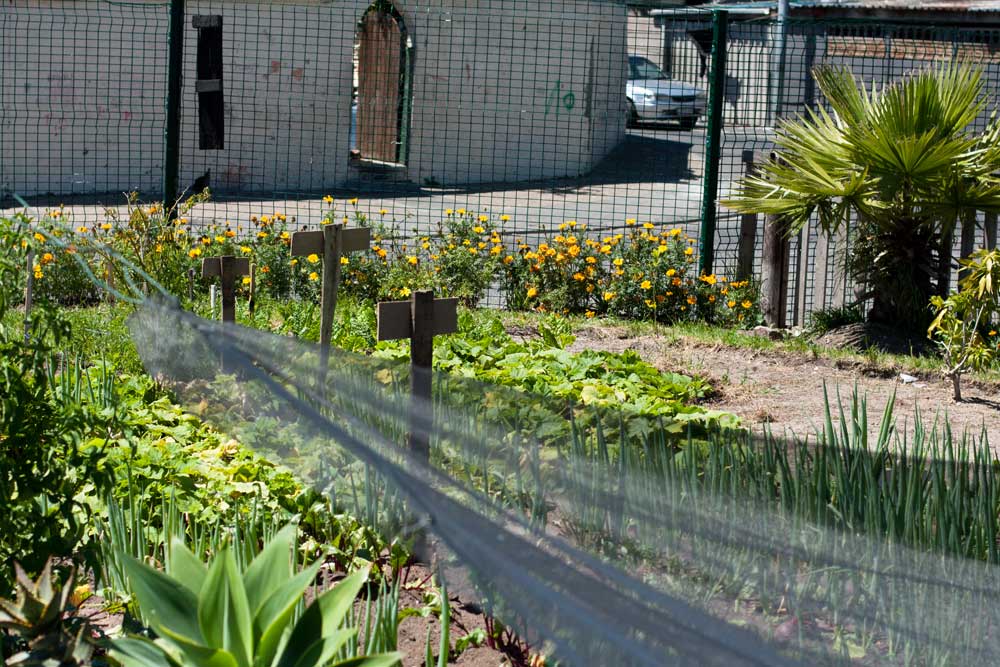