It’s quite a challenge to sum Ron Finley up, he’s a fitness trainer and a designer, but all with the purpose of supporting his passion – gardening. He calls what he does “gangsta gardening” and is slowly turning South Central in Los Angeles, a relatively low-income neighbourhood, into a food garden mecca.

It started when he looked at his neighbourhood and realised that there was a complete lack of fresh and healthy food. Fed up, he took to the kerb and developed a piece of land outside his house, a lot owned by the city, into a thriving vegetable garden. LA authorities were not happy about this and cited him for gardening without a permit, which subsequently turned into a warrant.

Not one to back down, he banded together with like-minded citizens and managed to overturn the citation. With a victory on his hands, he looked to what he could do with the rest of the vacant lots around Los Angeles. Notably, Los Angeles has roughly 26 miles (about 40 km) of unused parks, which equates to the same area as 20 Central Parks. 20 Central Parks all being completely unused. So Ron, along with his foundation, The Ron Finley Project, are staging a revolution. A horticultural revolution, to give the people of South Central Los Angeles their health back. And he’s doing it one tomato at a time.

Could you start by explaining what a gangsta gardener is? It’s possibly the best term we’ve ever heard.

Basically, a gangsta gardener it’s someone that is there to buck the system and to make it work for them, rather than making it work for other people in the sense that most things now force us to conform in some kind of way. I came up with the term also because of what people consider gangster… rappers, selling drugs, gangs and misogynistic behaviour. No! We have to stop glorifying those things. Let’s make gardening gangsta! The soil, the water, the earth and the heart, that’s gangsta! Mother nature is the most prolific gangsta there is!

What is your definition of a food desert? How does it relate to a big bustling city?

Well, I don’t like to call them food deserts. I call them food prisons because you can find and grow stuff in a desert, in a prison you can’t. The fact that you have no healthy, nutritious food in these areas is by design. You have to break out to get anything that’s decent. These are places where there is no healthy, nutritious, life-sustaining food. But it’s not just the food. It’s the environment. A lot of them are poisonous. 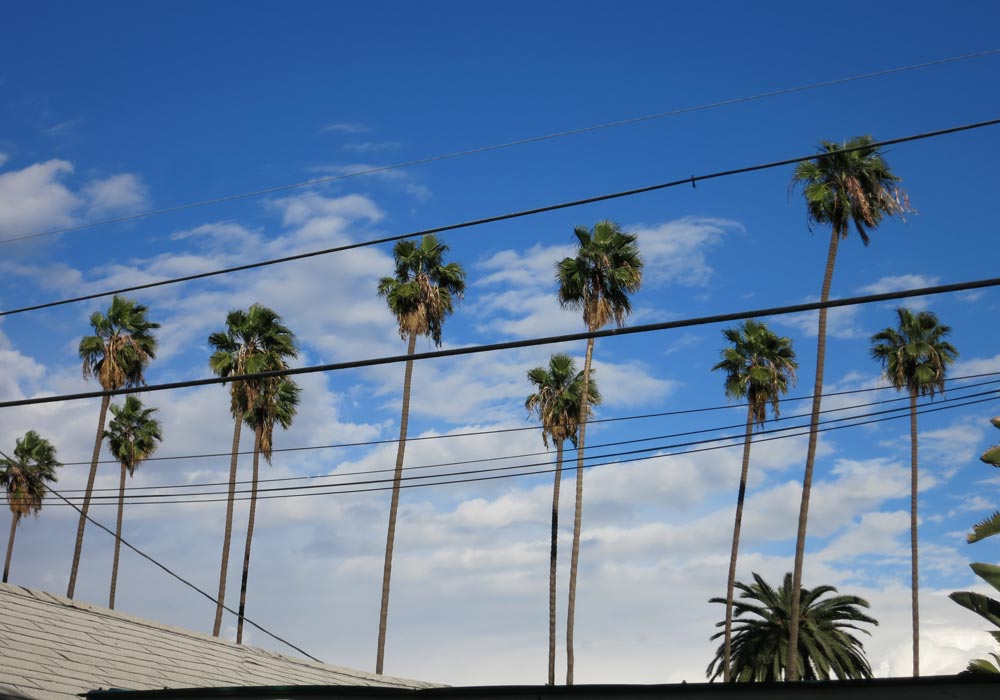 How did you venture from fashion into urban gardening – what motivated you to make the shift?

To me, there is not that big a shift from fashion to gardening because it is all still art. You still are dealing with colours, textures, materials. It’s just another kind of material, so I treat gardening just like what it is – art. It is fashion.

One of the things that motivated me was the fact that there was no available healthy food where I was living. I would think about what I was going to eat. It would take hours to figure it out and then nine times out of ten, I would have to leave my area to find any kind of healthy food that was going to satisfy my palate.

It was also about beautifying my space and creating the beauty I wanted to see, as well as making my life more convenient. I wanted to share this vision with people in the neighbourhood, people who pass by. I want people to see what could happen in these spaces if we redesigned them. We could make them more healthy, more happy and we would get to look at something beautiful every day.

What was it like to turn your curbside dirt strip into a garden and then to see the effect that it had on the city’s authorities?

For me, it was a labour of love. It was my meditation and passion. My release. My solace. It was the first thing that I would do in the morning and the last thing I would do at night.

So for me it wasn’t a labour. It was my calling – what I was supposed to be doing. I got instant gratification.

The comments that I would get from the people who walked by were so encouraging and inspired me to continue to do what I was doing. I saw that it was affecting my community. Plus, I got to feed myself. Gardening is sexy and like I have always told my sons, if you plant flowers, you get flowers. So all kinds of flowers came to me. All shapes and sizes.

As far as the city goes, basically what happened was that they got embarrassed ­­– that is how I got the ordinance changed so that you can now plant food on the parkway. They saw what I was doing and totally agreed with it, so it wasn’t that much of a big deal. Not like David and Goliath. It was more to right an injustice – if you aren’t going to put any places where we can purchase healthy food in our ‘hood’, don’t stop us from growing our own healthy food! Eventually, we saw eye to eye. 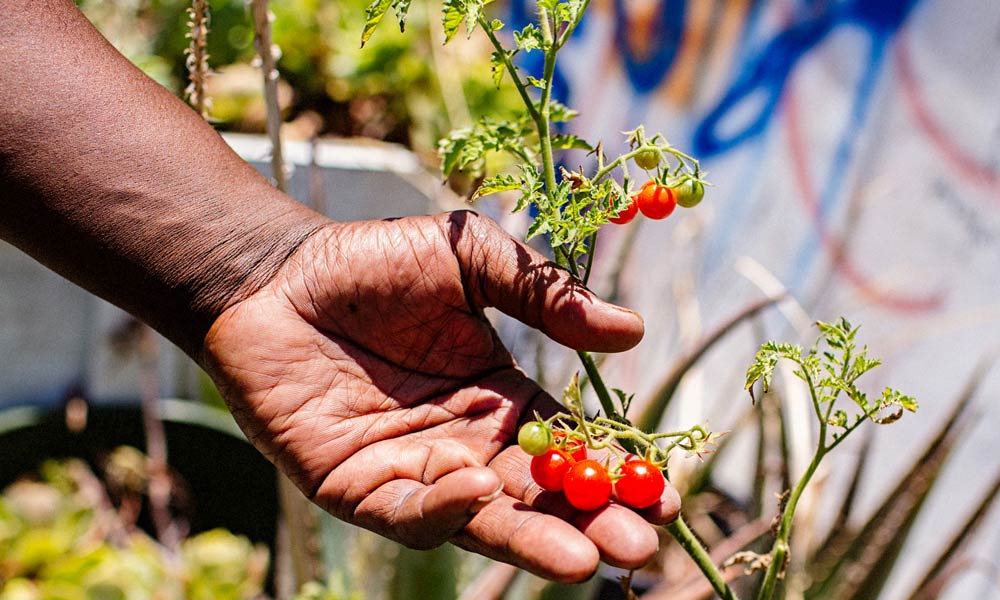 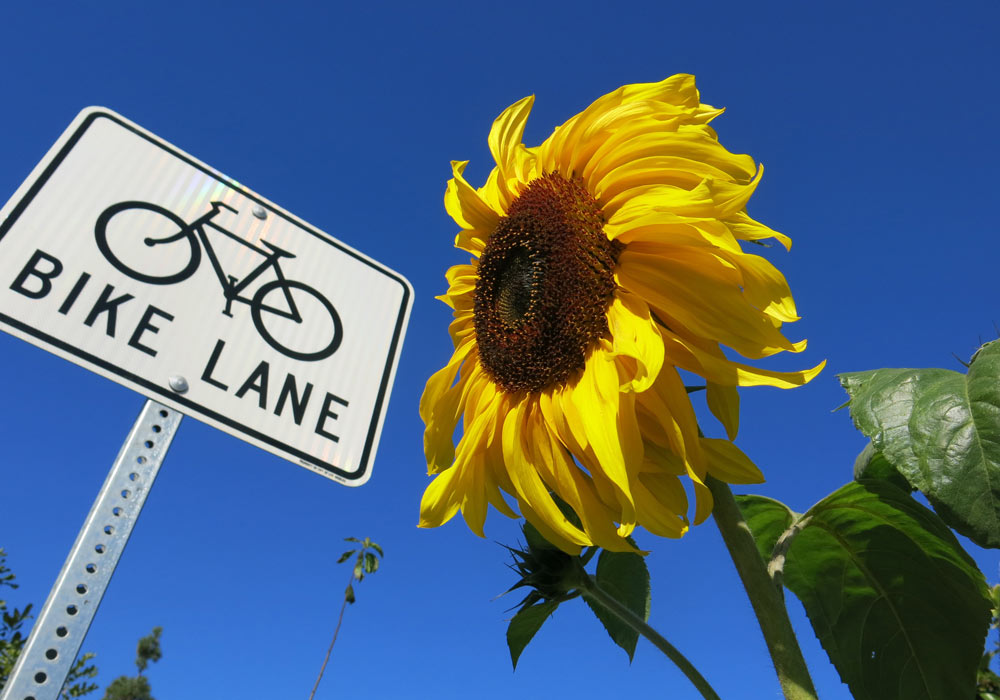 How many gardens have you built since you built the one in front of your house?

Who knows?! We don’t keep track of that. We measure differently….

What was the reaction to gangsta gardening from members of the community?

The first reaction was “What the hell was I doing and why am I doing it?!” Once they saw what I was doing, others were inspired to do it. At first, they were so curious. It wasn’t the status quo and people are used to seeing things in a certain way and that is what they get comfortable with. I didn’t see what I was doing as that inventive and different – people do this everywhere in other parts of the city.

So, I didn’t see it as being so different or such a big deal. What makes it a big deal, is how removed we are from our food and where it comes from. That is what made what I did something that people took notice of. Now people come from all around the world to see my garden. So it has had an amazing impact on my neighbourhood and on the planet at large. 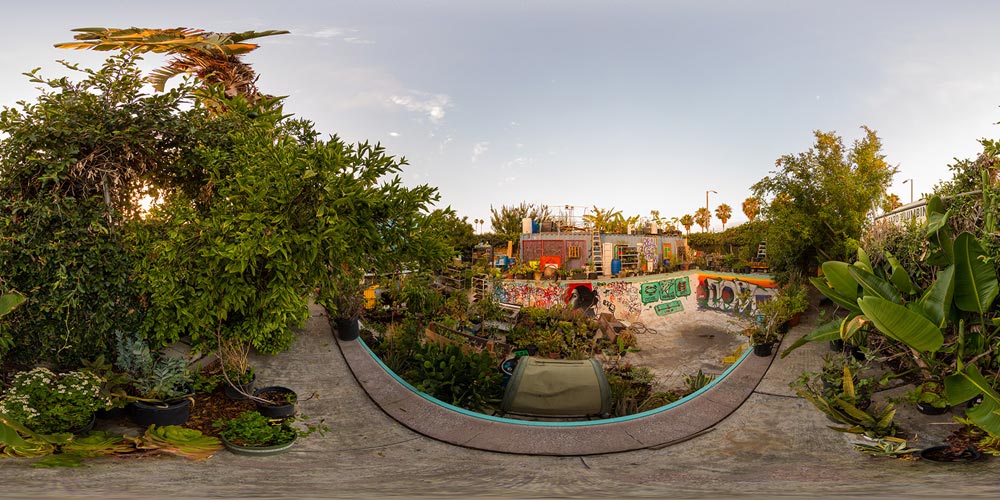 Is there a particular person’s story where you’ve seen a change in their health because of the increased healthy food they’ve been eating?

Yes, the lady down the street who moved from the southern states. She lost 100 lbs (about 45 kg) from planting and eating out of her garden.

You’ve been known to say that growing your own food is akin to printing your own money. Can you elaborate on that for us?

Well, growing your own food is growing currency because firstly you have something that you can trade. You can trade food.

Secondly, you have something that you can eat so you don’t have to spend your money at the stores.

Thirdly, you’re going to be healthier so you don’t have to spend your money on doctors and medication. It’s preventative healthcare. It also helps your mental state because being outside with the plants and their vibrations raises your overall wellness and state of wellbeing. Money does grow on trees, don’t believe the old adage. 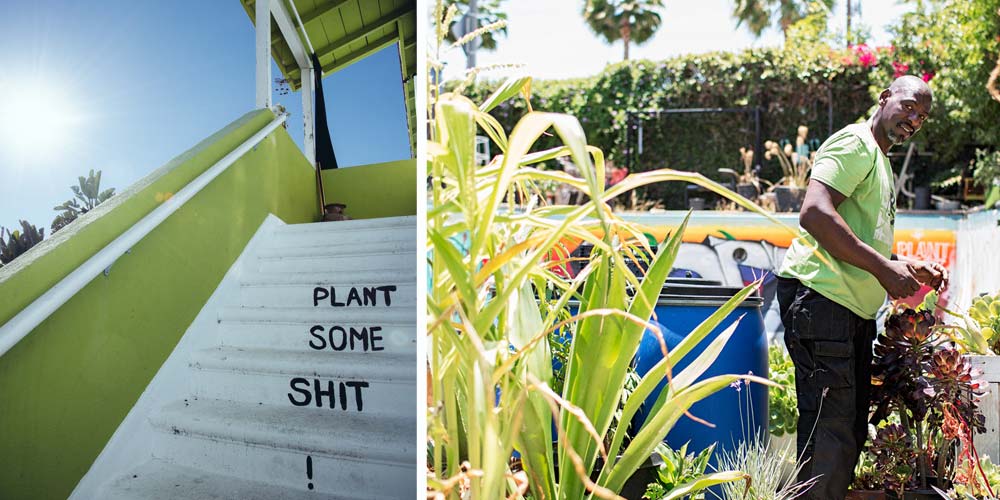 Do you think this is a model that we could use in South Africa where poverty is so high and violence is rife? Where would we begin?

You begin where everything begins. In the soil. That is how you change culture, through the soil. You have to have people understand their worth because people don’t value themselves or their lives. We have the same problems in South Central as you do in South Africa. I call the situation ‘food apartheid’. We definitely don’t have a shining example of race relations in this country, but the garden brings people together. That is how you build communities, through the garden. That’s what it does. Once you show people that life and opportunity come from the soil, you can change their lives. This is how we will regain our culture.

Why do you think we’ve become so far removed from our food – that it costs less to buy a meal from a fast food chain than it does to buy organic fruit?

Because we have been duped and bamboozled and we are depending on other sources to give us our food instead of doing it ourselves. We don’t tend the land. Others do it for us and a lot of the food in our stores is sprayed with toxins and poisons. Food should heal you, not kill you. I think it’s a matter of convenience for most people because it’s quick and you just have to stand in line, but what they don’t realize is that it is conveniently killing you. This is slavery.

Gardening is about freedom, it is about breaking the chains and shackles that are placed upon our lives. Gardens represent independence from a system.

What projects are you working on now?

Life. The betterment of it and I’m looking for co-conspirators to help me to change culture. 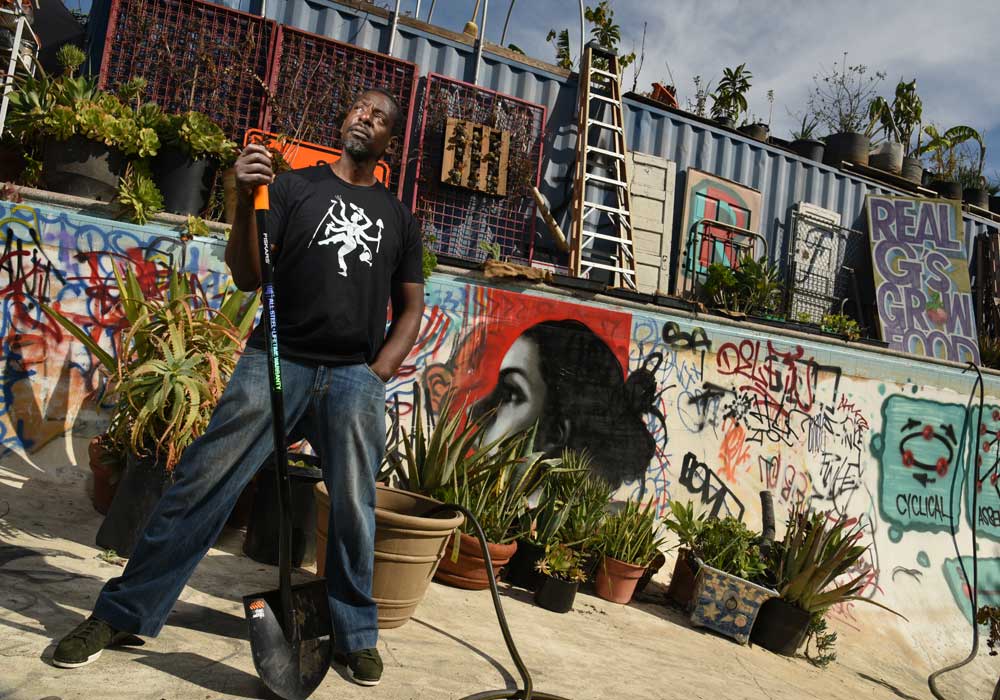 What can we expect to see from The Ron Finley Project in the future?

You can expect more paradigm shifts, more culture changing, more beauty and showing people that they have the capacity to design and grow the life that they want to lead. I want everybody, especially children, to show the brilliance they have inside of them, and get gangsta with their shovel. We don’t need to go looking for life on other planets. There is life here that we need to work on. It’s not a matter of looking for the next best thing. Yes, things are messed up, but we can change it. That is part of our mission. To have people operate from happy – instead of from violence and ignorance

Turf Wars –Check out this local story of how Cape Flats gangsters have changed their lives through gardening.