How to take one derelict, drug-dealing, bad-ass bowling green, restore it and turn it in to something that gives back to so many in so many different ways – the astounding power of an active community with a vision for a sustainable vision future.

Not always a flat, bowling green, this land was once Oranjezicht farmstead – the lifeline of the newly established Cape colony in 1652. The farmstead flourished under Pieter van Breda and later, his son, and became the biggest farm in the area.

Three hundred years later, due to a series of losses of access to water by the municipality and to suburban area taxes, Oranjezicht was eventually left with one, forgotten, bowling green.

By introducing some innovative thinking and through neighbourhood activation, the farmstead has become alive once again with activity and fresh produce. This time, it’s very much a community farm relying on donations of time, expertise and money from a multitude of keen volunteers.

Even an urban farm needs someone to permanently tend to its needs, so there are a handful of permanent workers guided by the expertise of farmer, Mario. More volunteers are welcome even if they just want to get their hands dirty for half an hour. 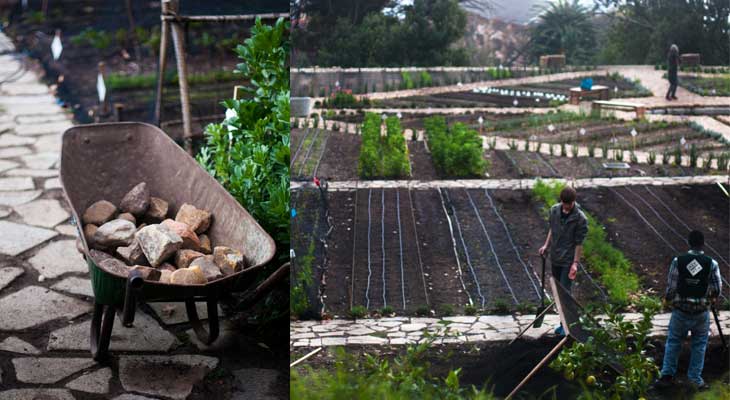 The urban farm is all about sustainable and reusable resources. Part of the neighbourhood’s fresh, kitchen waste will be eaten by an earthworm farm and then, in return, will help to feed the soil in which the vegetables and fruit will grow. Eventually being bought and eaten by many of the neighbours that supplied the waste. A sustainable circle that will provide people with nourishing, organic veg.

The soil has been badly depleted by years of neglect under the derelict bowling green so the earthworm farm will help to enrich the soil naturally and to get the nutrients to the right level to allow extra delicious, organic veggies to thrive.

Once OZCF reaches full capacity with their worm farm, the worms will be able to churn through 100 kg of kitchen waste a day!

There are foreign ‘friends’ who make the prospects of idyllic, natural farming quite a challenge. Squirrels, a pair of Egyptian Geese and lingering weeds, give the members of the farm’s headaches trying to come up with natural ways to keep them at bay. An owl house has been erected in one of the line of old oaks in the hope that it will become a natural deterrent, along with lines of indigenous shrubs which are not as tasty as a crisp lettuce leaf to the predators in the garden. 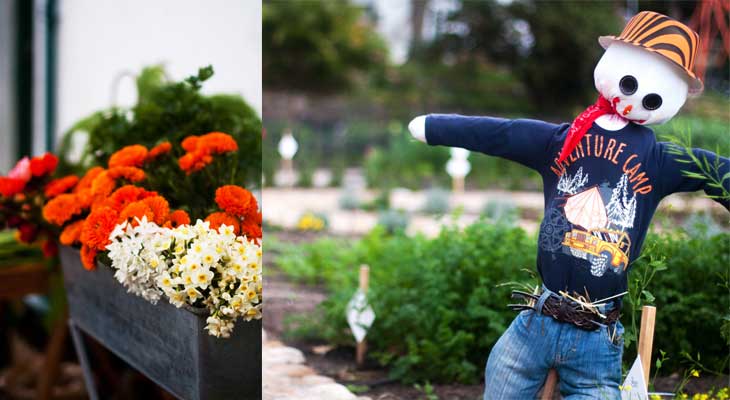 The farm is right next to the ‘field of springs’ – Cape Town’s secret, underground fountain of natural abundance. Before South Africa hosted the Soccer World Cup in 2010, 500 million litres of water per day ran down from Table Mountain, under the city and straight into the ocean – whether it was raining or the sun was shining. Thankfully, a large portion of that water has been channelled to another reclaimed, indigenous haven in the city – Green Point Park. OZCF is hoping to tap into some of the water which nourished the farmstead two hundred years ago.

More than a farm, it is place for people to come and participate in, for kids to learn, for the tired to take a snooze on one of the memorial benches (donated and designed by Liam Mooney) or for the energetic to turn some manure. The garden has been laid out with its heritage in mind. The stone pathways match those that remain from the farmstead, passing by the bell which used to toll telling the ships that the fresh produce was ready for sale.

The old barn from the original farmstead has been turned into a thriving market on Saturday mornings. People can come and buy delicious fresh produce and other goodies. There are activities for kids too, along with fascinating, guided tours of the farm – giving lessons from our past and showing a sustainable path for the future.

This conversion of a used bowling green seems to be working for this neighbourhood. These innovative ideas need to be transferred to other areas where the needs could be different but the expertise from this farm could help. Amazing what life a garden can bring to an area, its people and the natural creatures that inhabit.

Modern life can’t be lived in a straight line rather than a circle, where as much as possible, our daily by products are transformed, reused and come back to life by being the food that feeds the next generation. 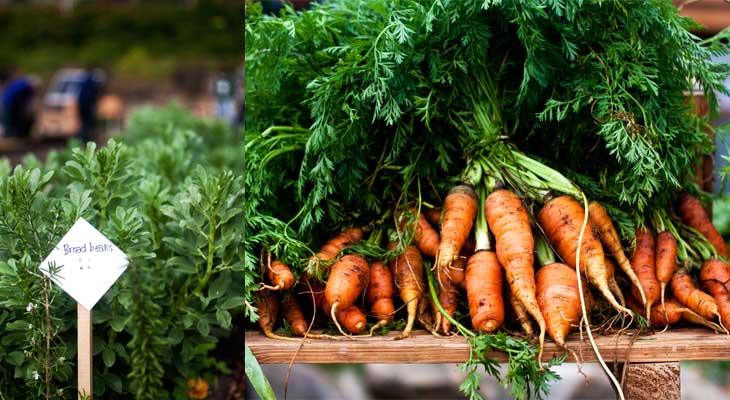