On the bustling corner of Coronation and Van Wyk street in the heart of Maitland, lies Cape Town’s best kept secret food playground. We’re talking a proper street food experience that pulses with actual urban energy and rock ‘n roll feel. Urban Playground is run by a motley crew of young, talented and tattooed graduates of the Sense of Taste Chef School, and overseen by veteran restaurateurs, Chef Peter and Debs Ayub. 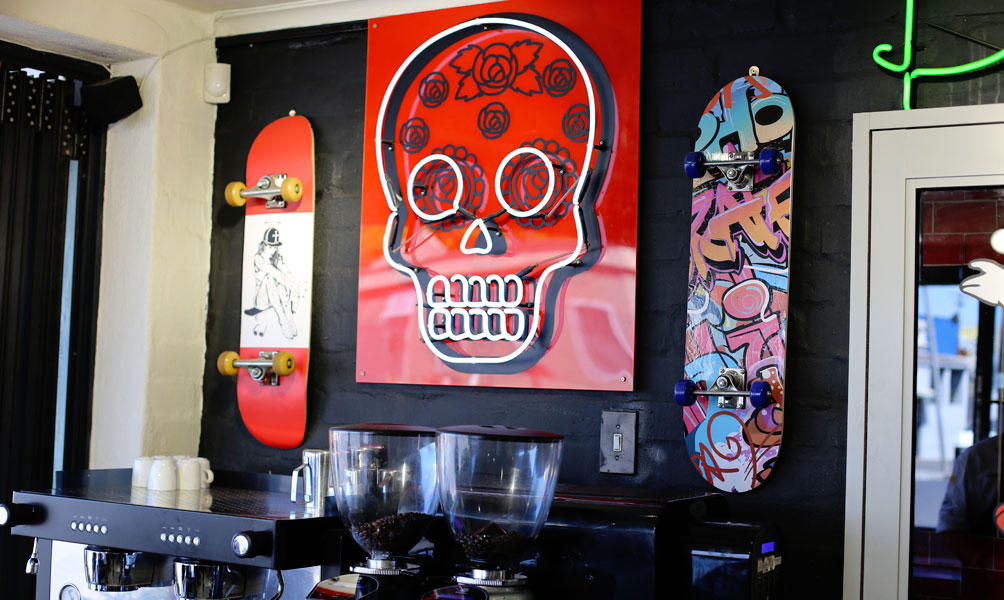 The open kitchen is built around a pizza oven and the street bar seating makes you feel like you are part of the action. There are no TVs or WiFi and conversation and banter between staff and patrons flies through the air much like the hand-stretched pizza. They’ve even got a dedicated duck room but more on that later. The courtyard backs onto the kitchen and offers patrons a shaded casual sitdown experience. 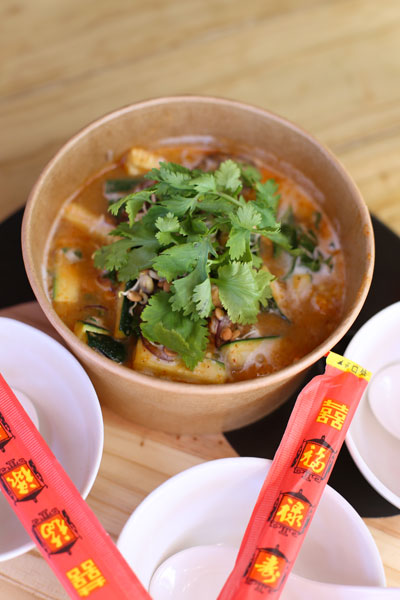 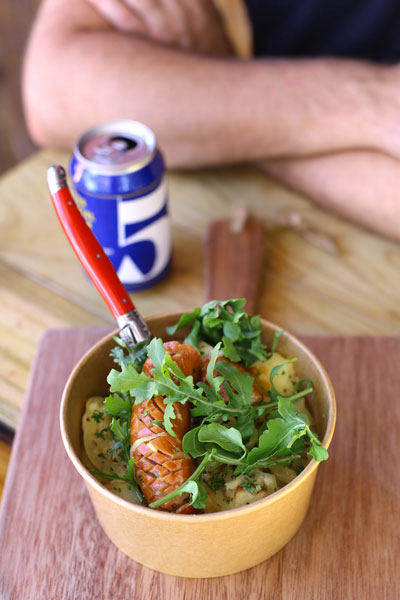 Besides awesome woodfire pizza, the menu is a collection of dishes with influences that range from European to Middle Eastern and Asian. The food is packed full of punchy flavours, skilful preparation and it’s just plain delicious.

We ate a lot of different dishes, probably too many for one sitting but when the food is this good it’s hard to choose just one thing.

The smoked kielbasa sausage was rich and hearty and sat on a bed of beer-soaked onions and soft potatoes drenched in three types of mustard.

The Asian broth was a perfect balance of sweet, sour, salty and savoury with crunchy veggies and silky soba noodles. The lamb kofta Lebanese flatbread was a charred lamb explosion peppered with fresh bursts of mint and tangy Umkomaas cream cheese. 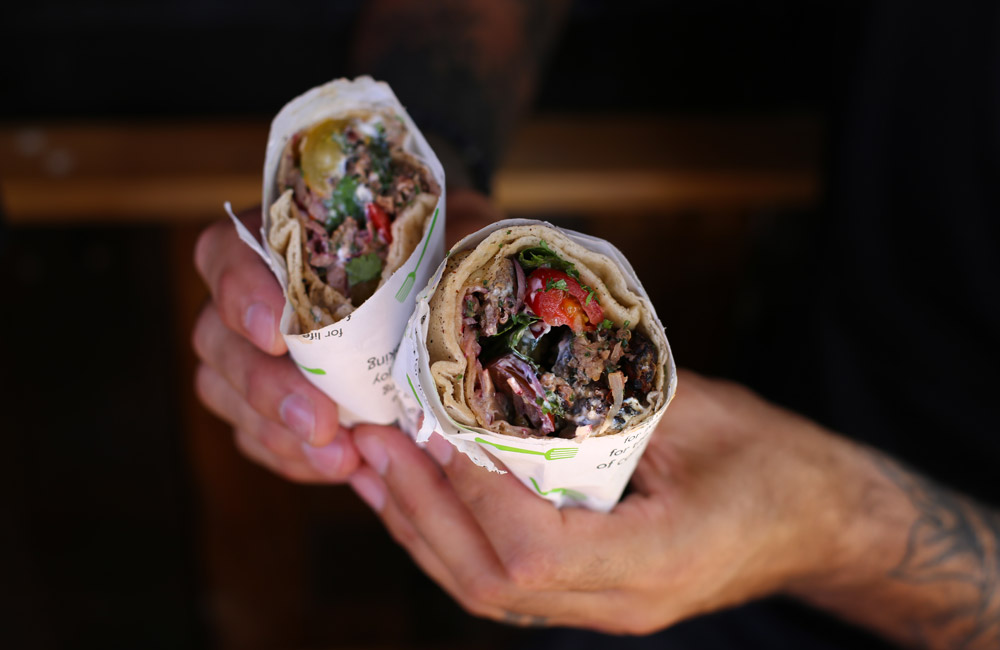 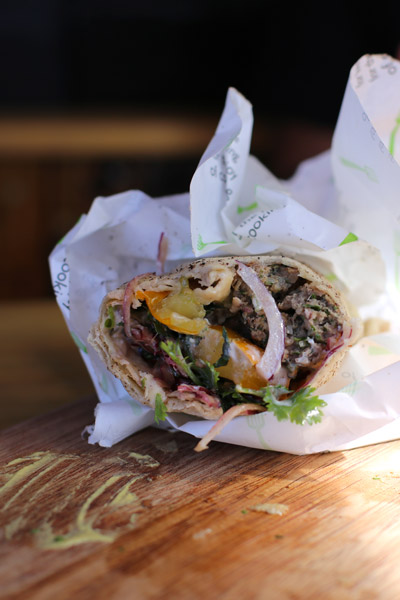 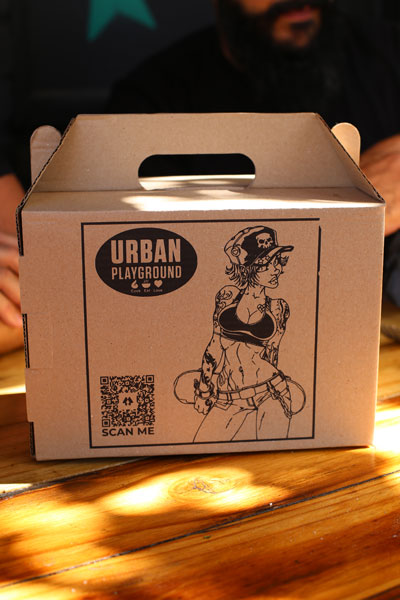 The star of the Underground show takes 48 hours to prepare in the duck room and it’s a whole crispy Peking duck. It’s served with warm pancakes, slivers of cucumber and spring onion and Hoisin sauce for dipping.

The blushing duck breast is carved at the table and if you’ve never had a proper Peking duck experience, then you’re doing yourself a disservice. The duck is enough for four but be sure to order it 48 hours in advance before you get there. 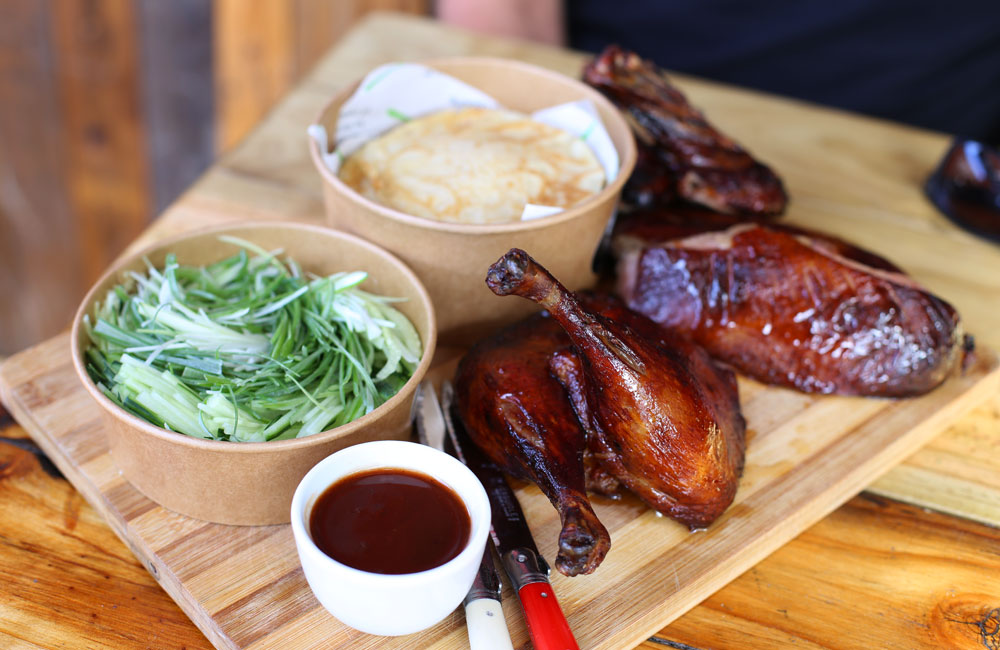 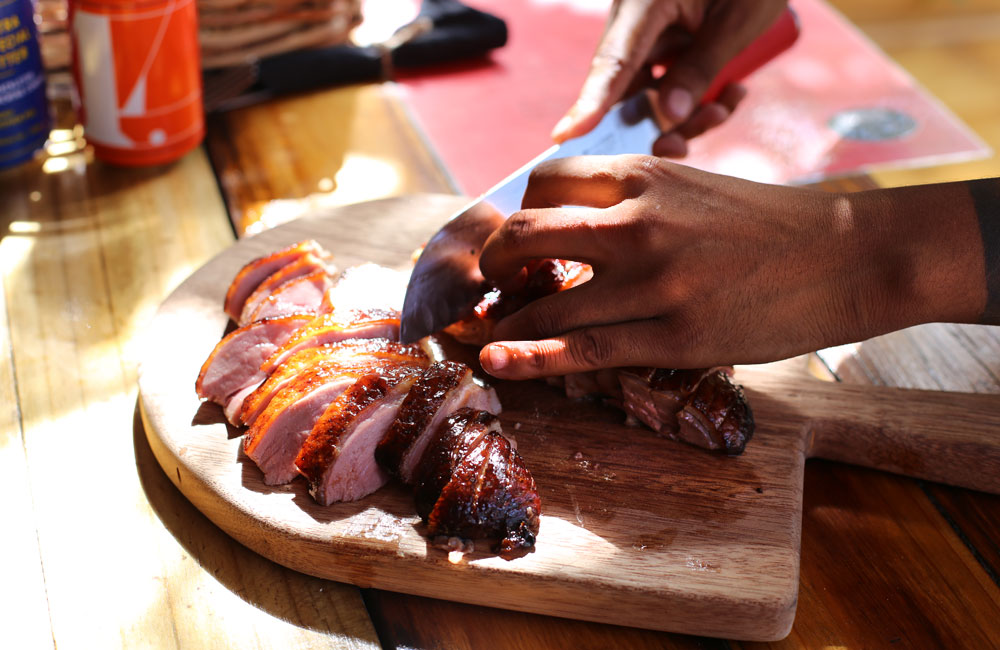 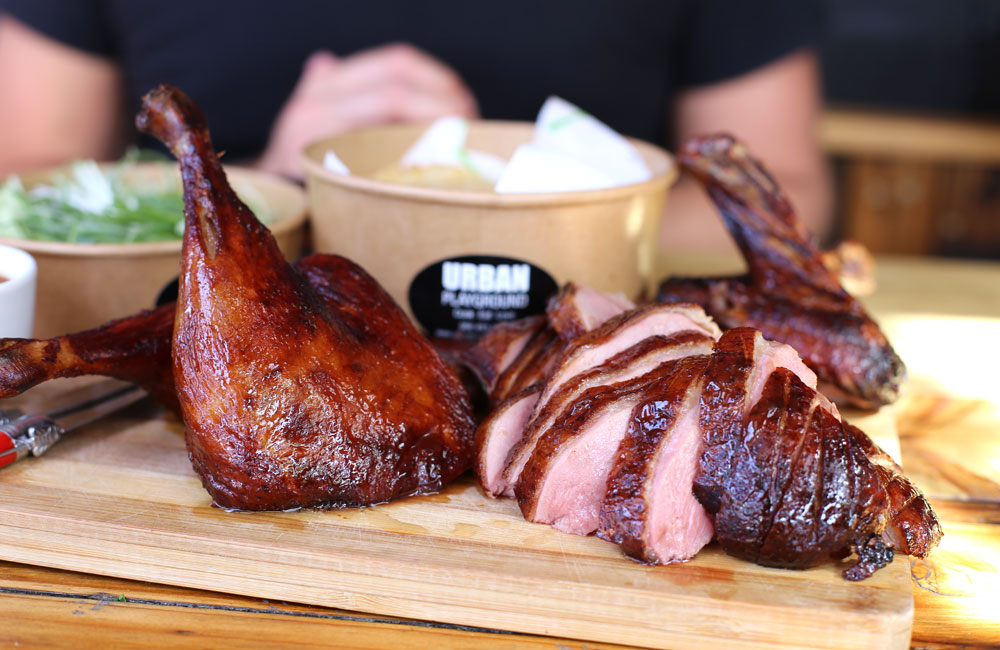 The table next to us was a lovely group of ladies who were tucking into a massive eisbein, which I later learned is pickled then sous vide overnight before being roasted. It turns out that one of the ladies at the table, Rosie, has a son Kyle who is one of Chef Peter’s graduates and works in the kitchen.

This just further added to the friends and family vibe of the place and I ended up buying incredible rusks from Rosie and her mom, who have just launched a rusk delivery service in Pinelands and the surrounding areas. They even make doggie rusks which Chef Peter’s fussy Frenchie, Batman, is particularly fond of. 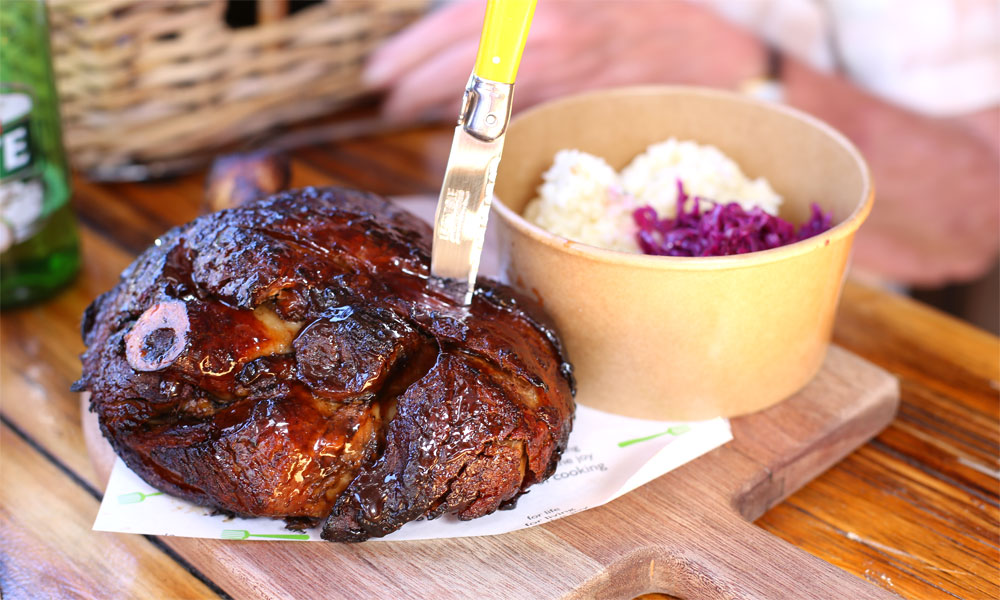 Urban Playground really is the hidden gem of Maitland. It’s another example of Chef Peter and Debs’ commitment to uplifting the area through entrepreneurship. The restaurant is in the same block as their cooking school and the best part is that the team of graduates own a stake in Urban Playground. 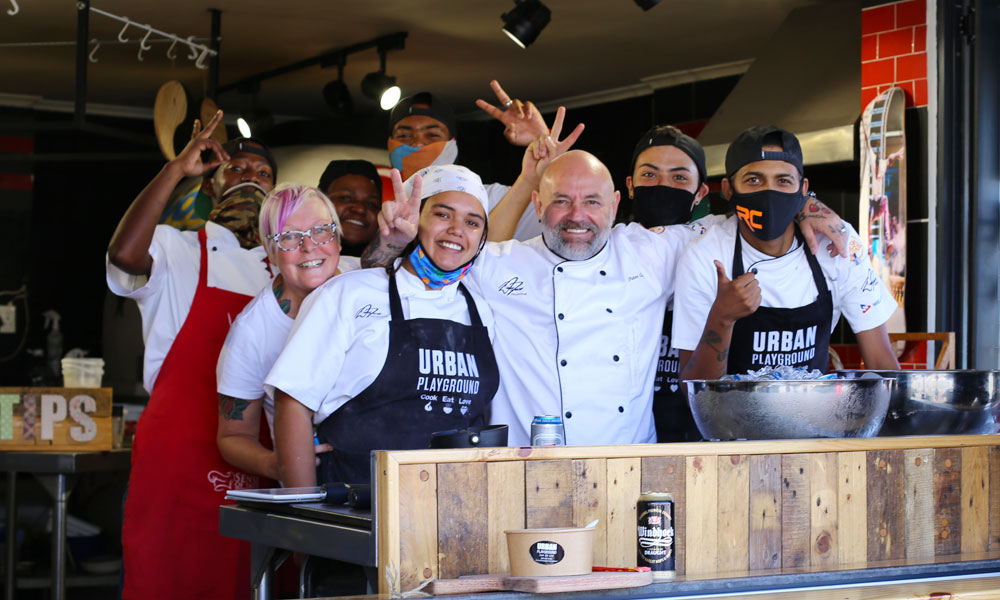 One thing to remember before you race off for an awesome lunch at the Playground is that it is a BYOB situation. There is no corkage for anything you bring but there is only one rule – bring a cold one for the Chef.