If your travels for business or pleasure take you to the south of France, then you should definitely be adding a visit to Restaurant JAN to your bucket list. Restaurant JAN, a South African restaurant has just been awarded its first one Michelin star in the 2016 French Guide Michelin announced in Paris, Place Vendome on Monday, 1 February 2016. This makes owner and proprietor Jan Hendrik van der Westhuizen the first South African to ever receive this prestigious accolade in the whole of Asia and Europe. Guide Michelin awards stand for consistency and excellence in the food and service industry and are seen as a benchmark in the culinary world, so this is an outstanding achievement indeed.

Originally from Middelburg in the northern reaches of South Africa, Jan Hendrik studied culinary arts and applied design in Stellenbosch, after which he worked for food publications both locally and abroad. It is during this time that he happened upon the concept of adapting and serving South African favourites like melktert and biltong to discerning culinary audiences in Europe.

Jan Hendrik van der Westhuizen and Pascal Szafranski opened JAN in Nice in 2013 – the 28-seater fine-dining restaurant is set in the up-and-coming bohemian district of Nice Port and is a celebration of South African hospitality. The menu consists of a honest food inspired by local produce from the markets of Nice. The restuarant received their first mention in the Michelin Guide a mere 8 months after opening its doors. Subsequent accolades include a spot on a list of the World’s 15 Best Restaurants (as curated by Condé Nast Traveler), as well as glowing recommendations by the New York Times and Gault et Millau restaurant guide. 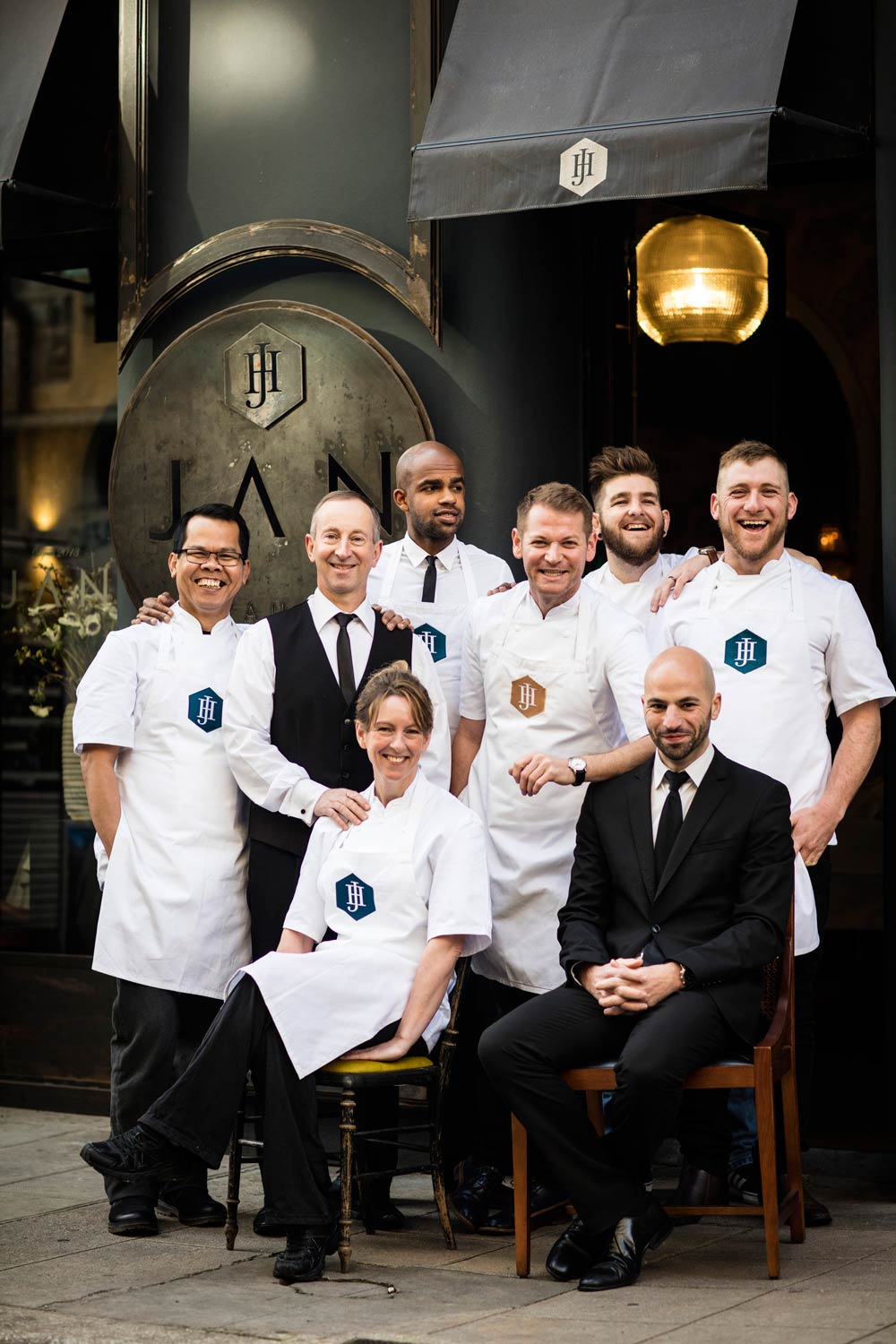 Besides running a successful restaurant, Jan Hendrik also finds time to put pen to paper creating his own recipe books.  The French Affair (2013), received the Gourmand World Cookbook Award in the Best French Cuisine Cookbook in the South African category, Jan Hendrik now releases his second publication JAN – A Breath of French Air. The new book is Jan-Hendrik’s personal call to adventure for every person who makes their way through its pages. Each of the almost 100 recipes was lovingly created and it is with great pride that the JAN team sets their little piece of France afloat in the world for adventurous foodies to experience for themselves.

JAN – A Breath of French Air will be launched in South Africa during March 2016 and in the UK throughout the course of April.