What do you get when you take an American registered nurse living in New York, who decides to travel the world, meets a South African man and moves to a little place called Cape Town? Kristen’s Kick-Ass Ice Cream – a recipe for some of the best ice cream imaginable, that’s what.

The ice cream revolution all began when Kristen moved here; while she was waiting for some work documentation to come through, she took some time off to figure out what she wanted to in South Africa.

She started making ice cream for her own enjoyment and posting her creations on social media and before she knew it she had a large following, and people began to order ice cream. 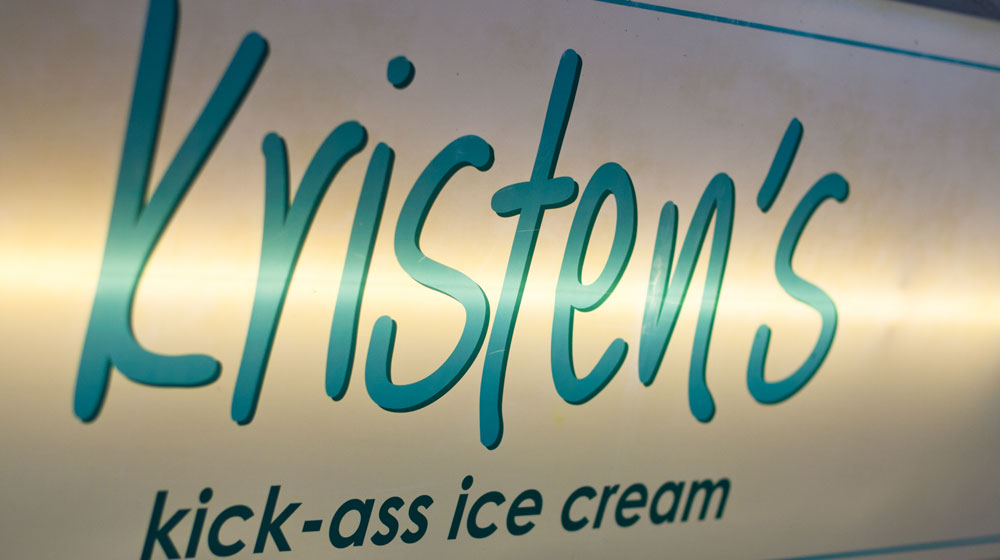 It didn’t take long for Franck Dangereux and Pete de Bruin to offer her a shop in the famed Noordhoek Farm Village. For a New Yorker so attuned to the rat-race, it was certainly an adjustment for Kristen to allow the universe to take over and lead her on this exciting path.

When it comes to her product, her inspiration for flavours knows no bounds, if there’s a combination she thinks has the potential to work, she’ll give it a go.

There are no rules, as far as she’s concerned. One thing she is strict about is where she gets her ingredients from, keeping things as local and seasonal as possible. And the term local here refers to as close to Noordhoek as she can manage. 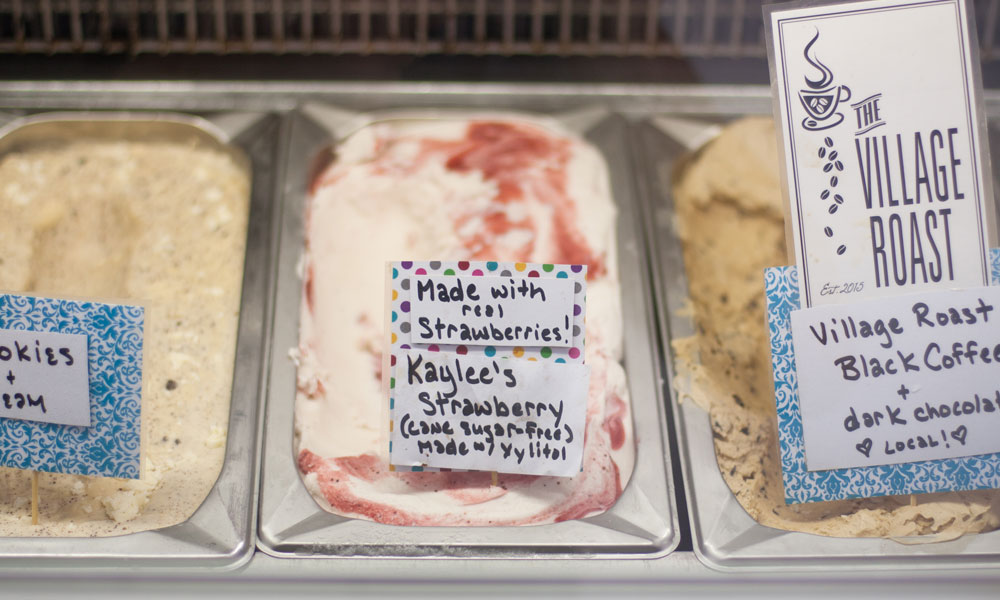 Many of her fruit and herbs have come from her own garden, which means she has complete knowledge of her ingredients because she’s picked them herself.

Dedicated to her craft

She also makes all of the treats that she throws into her ice cream. Peanut butter, marshmallows, brownies, caramels, cookies, you name it, they’re all made by Kristen. This obviously omits any preservatives and artificial nasties that might sneak in, but it also tastes so much better.

What would you rather eat? A mass-produced, preservative-laden store-bought marshmallow, or a lovingly handcrafted homemade one?

She also puts together combinations that at face value seem bizarre and potentially like they aren’t going to work (we’re looking at you Earl Grey and Cherry!) but upon eating them they really do blow your mind. The Earl Grey is floral and citrusy and the cherry adds an interesting touch of deep acidity.

She has the crowd pleasers and the classics too, but these familiar flavours are nothing like you’ve ever tasted them before as Kristen takes them to a new level. Take the rum and raisin for example, she soaks raisins in rum for four days and then works the steeped rum into her cream used for the ice cream base. The resulting flavour is this rich, caramel-like rum flavour complete with plump raisins popping in your mouth. It’s simply delicious and this is coming from a rum and raisin hater who is now a convert, solely for Kristen’s creation. 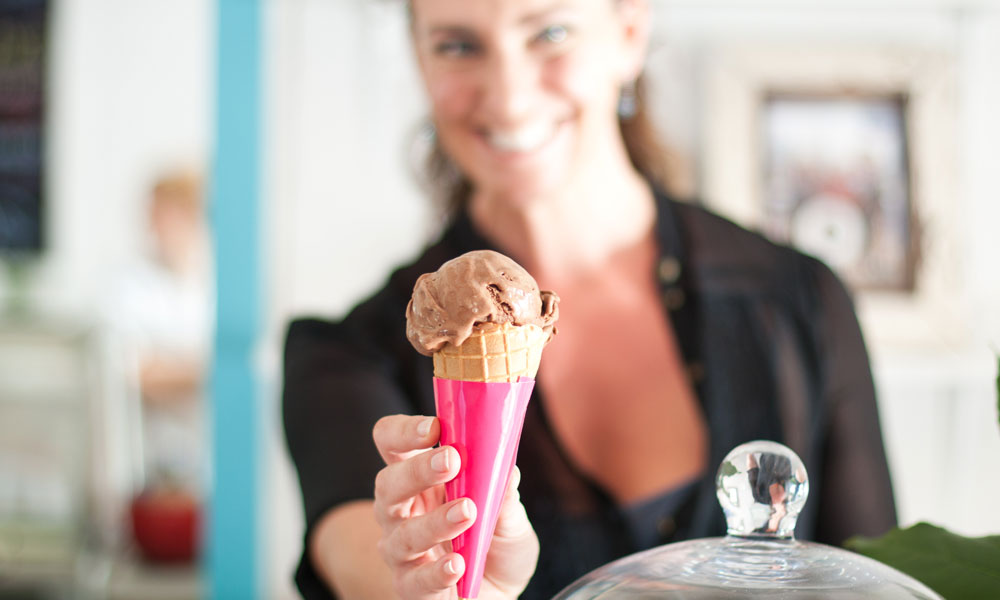 The shop itself is beautifully curated, with mementos from Kristen’s travels as well as pieces from her pottery classes. The perfect balance between kitschy and cool. The space is open and breezy and is ideal for the hordes that no doubt flood her shop on a daily basis. Nestled in the centre of the Village, she’s right in the thick of the close Noordhoek community.

She’s also happy to go the extra mile for her customers by offering custom ice cream flavours for birthdays and events. There’s no judgement from Kristen, if you’re keen on Bovril and Oreos in your ice cream, she’ll make it happen. And you can bet that it will be the best Bovril and Oreo combination you’ve ever tried in your life.

Whatever your heart desires, she’s your girl and will make your wildest ice cream dreams come true.

Amidst many desperate pleas to get her to open a store in town or the southern suburbs, Kristen is thinking carefully about her next step as her quality is of the utmost importance. For the meantime, however, she has a harmonious set up in Noordhoek and for us townsfolk, the 30-minute drive is totally reasonable if Kristen’s Tin Roof or toasted coconut, milk chocolate and almond is waiting on the other side of the mountain.

Inspired? Make your own ice cream with this round-up of our favourite frozen treat recipes.