THE KING OF PINOTAGE: WINEMAKER GERHARD SWART OF FLAGSTONE WINERY

Winemaker Gerhard Swart is leading the charge at Flagstone Winery. Hailing originally from a family of Overberg farmers, Gerhard grew up in Strand and obtained his diploma in Winemaking and Agriculture from Elsenburg Agricultural College in 1999. He worked with prominent mentors, Bruce Jack and Chris Keet, on his way to leading Flagstone’s wine production. 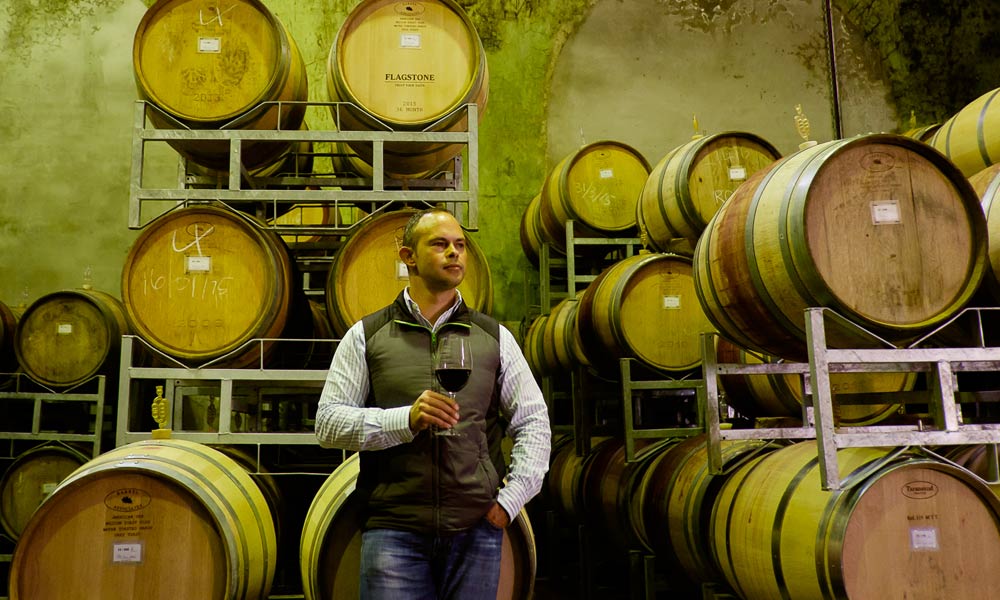 Swart believes that one should never stagnate, “You always have to be thinking about how you can stand out from the crowd. Be it more interesting labels, varieties or, like we do at Flagstone, combining particular terroirs to create wines that are intriguing and unique.”

Gerhard’s beliefs and hard work seem to be paying off; heralding him as the King of Pinotage. His Flagstone Writer’s Block Pinotage 2015 has just won 5 stars in the Platter’s South African Wine Guide for 2018, Double Gold at the 2017 Veritas Wine Awards, was selected as one of the Top 10 at the ABSA Pinotage Association Awards, together with being one of the Top Pinotage’s at the SA Terroir Wine Awards. He has also most recently been named Wine of the Month Club’s Winemaker of the Year.

A philosophy that blends ambitious dedication, fastidious attention to detail and an insatiable thirst for knowledge, is key to Gerhard’s success as a winemaker. What makes him truly exceptional is understanding the language of grapes from vineyard to cellar, in order to bring out the star quality of each vine – a tutelage he has developed by working with some of South Africa’s greatest winemakers. 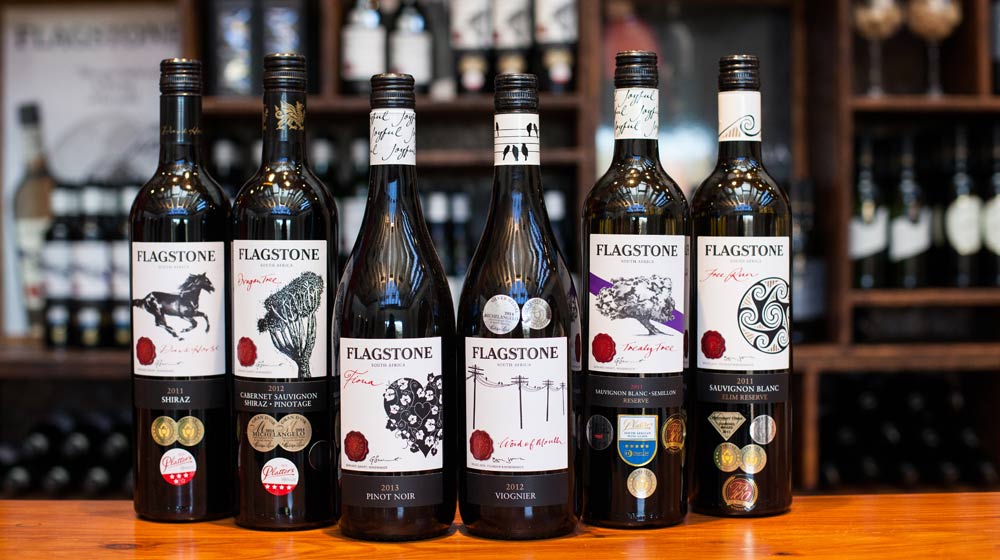 For Flagstone this means monitoring multiple growing regions and working with farmers from the very southern tip of Africa to vineyards high in the Breedekloof. Gerhard learnt about precision from his father, a bank manager, and juggling the needs of many different vineyards is all part of his job. This labour of love is part of what makes the Flagstone catalogue extraordinary, listening to the grapes and allowing character to guide creative inspiration and producing stellar wines that echo their journey through the seasons, from vine to glass.

As one of the youngest winemakers to be awarded the General Smuts Trophy in 2010 for his Semillon and winning three Top 10 Pinotage Awards in consecutive years with Flagstone Writer’s Block places Gerhard among the pick of the winemaking crop. Bruce Jack cites him as the best winemaker he has ever met.

Leading Flagstone’s winemaking team since 2008, Gerhard has taken the successful brand to new levels of excellence and is responsible for a handsome trophy cabinet and wine bottles that glitter with awards. Not one to rest on his laurels, Gerhard wants to see Flagstone recognised as a leading premium brand on local and international stages.

Central to this vision is his passion for South Africa’s signature variety, Pinotage. This precarious grape has been known to strike fear into winemaker’s hearts, but it is through his intimate understanding of the variety that Gerhard believes that he can exhibit phenomenal wines of unmitigated craftsmanship, reflecting the magic and creativity that is inherent in the Flagstone brand. 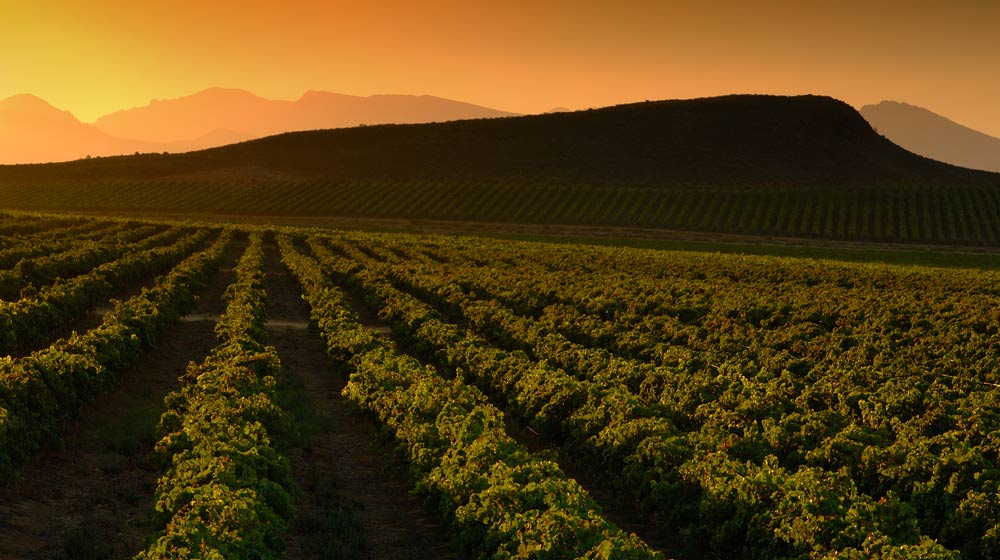 Visit Flagstones tasting room in Greenpoint at The Rockwell and in Somerset West.