The guys from Beer Country had the privilege of sharing a few brews with Dave and Louise from Scotland’s Fierce Beer. They’ve just launched in South Africa with the help of Devil’s Peak and their beers are incredible. Dave and Louise also both have heavy accents, so for interview authenticity, we recommend reading their bits out aloud in your best Scottish accent, aye! 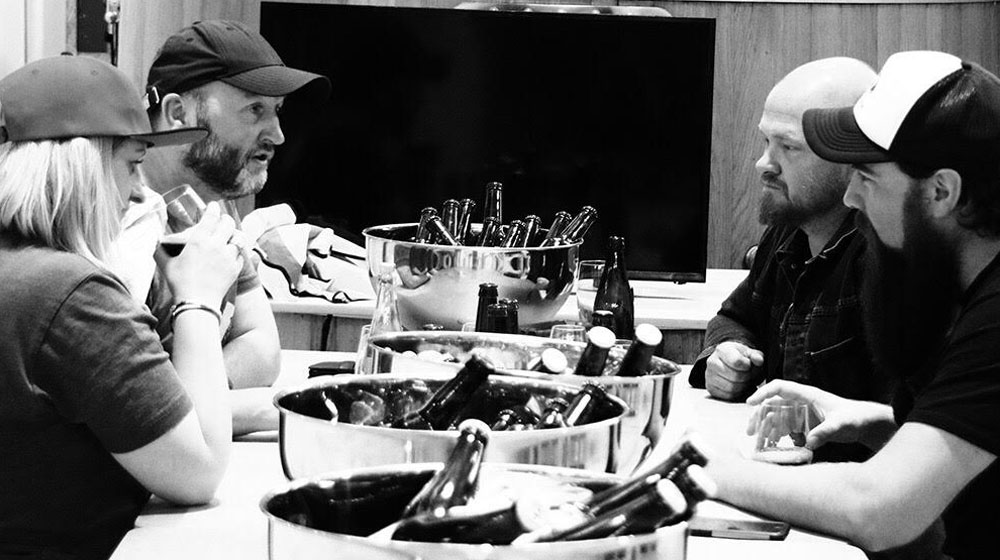 Chatting with the team behind Scotland’s Fierce Beer

Beer Country: Alright! Let’s tackle the big question first and settle this once and for all – who is the best James Bond?
Fierce Beer: Well I’m totally shit, so it’s gotta be Sean Connery, and he is a proper Scotsman!

Beer Country: Perfect answer – there is only one James Bond! And if Mr Connery walked into your brewery, what beer would you give him?
Fierce Beer: It’s gotta be a Café Racer. He’s a racy sorta guy, mysterious, a little sweet and likes a touch of booze. It was also officially voted the best beer in Scotland, so it seems right for the best actor in Scotland. We reckon he’ll love it!

Beer Country: Haven’t you guys have won a couple of awards recently?
Fierce Beer: Yeah it’s been a great first 18 months. We won a gold for Café Racer and we also got Best New Brewery for 2017.

Beer Country: Great result! So brewing wasn’t always your thing, we heard a rumour you started in the oil and gas industry?
Fierce Beer: Yeah myself, Louise, and the other David were all in oil and gas. We actually lived in SA for a while in 2009 while working in the industry and we all love beer too much. After moving back home we decided to give that a go!

I still have the brewery license for my house. It was quite strange getting onto a bus to deliver kegs but that is how we did things, and people seemed to like it. When things got a bit more serious, we did some training, got qualified and things took off from there.

Beer Country: Did you have a “fuck this” moment where you called it quits on the corporate career and went all-in for beer?
Fierce Beer: Definitely. We all knew oil and gas was going down the toilet and I was spending most of my time telling people that they had no jobs to come back to on Monday morning. It was pretty heartbreaking.

Times were bad so we figured it was now or never to give the beer thing a go because if they got good again it was never going to happen. So one Monday we came in, looked at each other and said this just ain’t good enough anymore. We’re out, and that was that.

Beer Country: Coming from Scotland, how are you liking the SA craft scene?
Fierce Beer: We love the excitement of the scene. There are lots of new niche breweries doing very cool things. The people here are so keen to try different things. Scots can be a little harsh and can be slow to pick up new things. Also when things are small they are right behind you, but then when you get bigger or super successful, that can change.

Beer Country: We are seeing a little of that here. For some reason consumers see growth as not being craft anymore, it’s silly.
Fierce Beer: Yeah I mean these guys at Devil’s Peak are doing amazing things for craft with great new beers and international collabs. Just look at this room we are in, there are oak barrels and sour kettles everywhere! 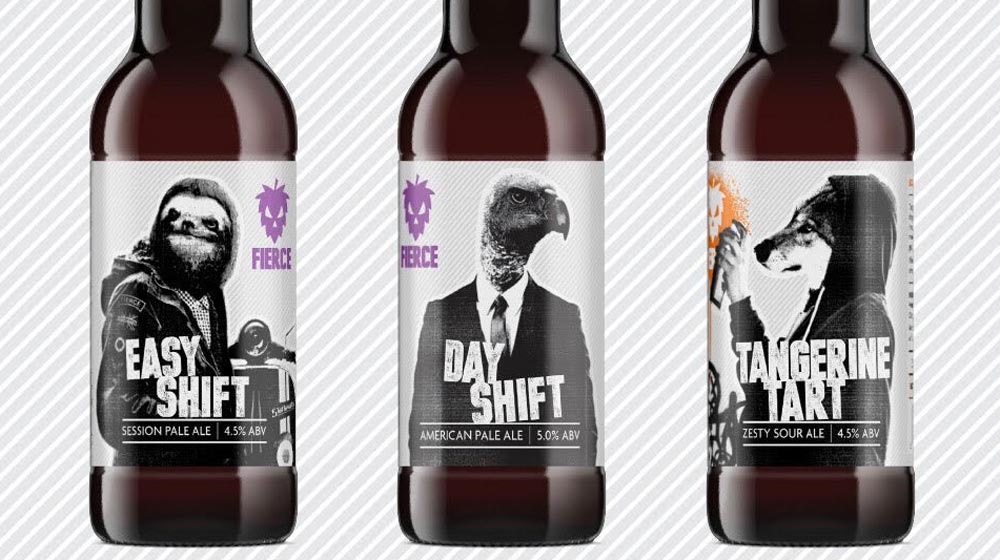 Beer Country: What was the first beer that switched you onto craft?
Fierce Beer: Well, this is gonna sound really staged but I swear, it’s honest. It was Punk IPA by Brewdog, it’s just a great beer. Another beer that stands out that I love with a passion is Anchorage Bretted Galaxy. If we could do only bretted beers we would. However, we would also be broke.

Beer Country: True story and you guys have just done a collaboration with Brewdog?
Fierce Beer: Yeah we love the guys from Brewdog. They have helped us so much. Just look what they have done for the craft industry. They want to see success for other breweries too.

Beer Country: So you don’t see them as competition?
Fierce Beer: Absolutely not. They operate at a different level but Scotland is very collaborative. We really see them as the brewery that has opened doors that we can now walk through. Just look what they have done globally, it’s awesome. They have imported our beers into their bars across Europe, and we’ve recently done a big collab with them.

There are some other great breweries around like Fallen and Cromarty, Pilot and Tempest who are really pushing the boundaries. We work together and do that through collaborations. We don’t see it as a fight between each other, but rather as a collaborative game against big beer.

Beer Country: We are seeing a similar shift here now.  Less fighting and more helping each other push craft forward.
Fierce Beer: Yeah we have seen a massive change since our first Devil’s Peak collab, Rubus. Back then there seemed to be a lot of in-fighting and we even said to a few of the guys, hey, this is not how it works if you want to move things forward.

Beer Country: Well, we can tell you one thing that does work in SA – braai! So what is your favourite thing to put on the coals?
Fierce Beer: We love most things cooked on the braai, but not a massive fan of lamb ribs. 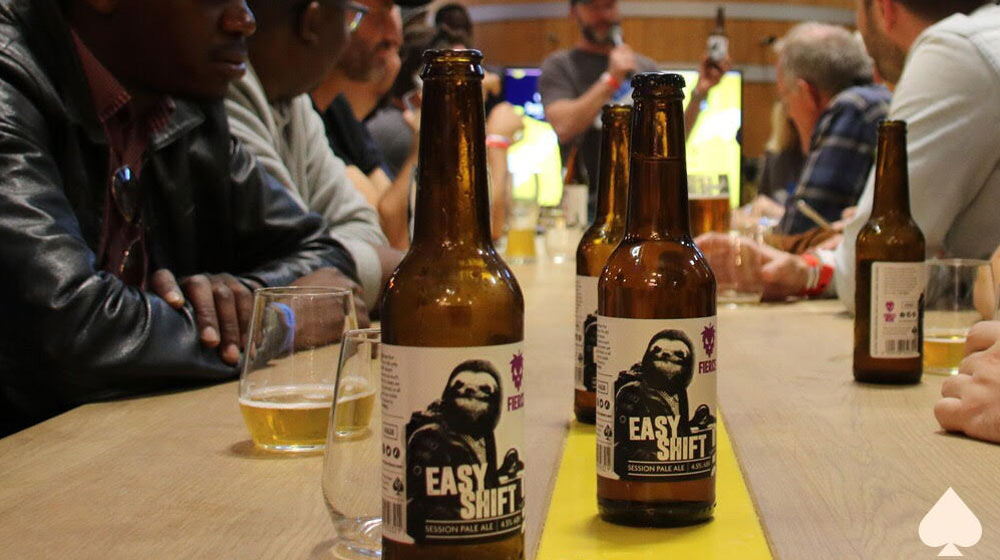 Beer Country: I guess you just haven’t had the right ones yet! Challenge accepted, let’s have a braai!
Fierce Beer: We’ll bring the beers! You know we started out making all the standard beers like three lights and something dark. But then we started messing around with the bigger, crazy beers like our smoked porter with chipotle – Dirty Sanchez. It would be a perfect beer for a braai.

Now even our big sellers or session beers like Easy Shift are still a little out there, with grapefruit and lots of hops. This is the way we fight against big beer, not on pricing but with more exciting beers.

Beer Country: Now that you guys have smashed it out the park, do you have any advice for our local guys? Give us your top three things.
Fierce Beer: We’ll try to keep it to three… First, make sure you do your market research. When I was selling from my house to the Brewdog bars and bars 100 miles away in Edinburgh, I was testing to see if my beers were good enough. Also to see if I could make enough money to survive.

Just because you love to drink something, doesn’t mean that everyone else will. Second and this is a mouthful – just love what you do, be ridiculous about quality, and never change. Stick to your guns and make your mark. Lastly, get your brand right and don’t be boring. Do what you want. Be friendly, don’t be too brash, but ultimately it’s about attitude. If you like it, tell us. And if you don’t like it, still tell us.

Beer Country: Where did the animal heads design come from?
Fierce Beer: We went to an agency to get the design sorted, and to tell the truth, the first five or six options were not working for us. They came back with their last-ditch off-the-wall idea and we all loved it. We took the designs down to a few bottle stores and asked if they’d buy it, and they all said yeah!

Beer Country: Getting back to food for a minute, what’s your favourite Scottish dish and what beer would you pair it with?
Fierce Beer: It’s gotta be a haggis with some wee heavy. The spiciness of the haggis, the creaminess of the potatoes, sweetness from the turnips, then throw in the malty sweetness, good body and alcohol hit from the beer. Smash it.

Beer Country: And now we’re hungry! Can it be done on a braai?
Fierce Beer: You bet! Absolutely do it on a braai.

Beer Country: Sold! And now we see you’ve snuck a not-so-little beer onto the table?
Fierce Beer: Yeah we’ve got a beer for you guys to try – A Very Big Moose! It’s our 12% chocolate stout Brewdog collab and it’s massive.

At this point, the interview derailed for about 15 minutes as we oohed and aahed over the Very Big Moose. Yes it’s that good.

Beer Country: Last question, what tunes play in the brewery while you’re brewing?
Fierce Beer: Well, we like our tunes like we like our beer, with a solid backbone! So some UK Indie, maybe throw in a little metal, who knows.

Beer Country: And for this beer?
Fierce Beer: Spirit of The Radio by Rush. Maybe a little cheesy but it’s our brewery so fuck it, haha!

If you’d like to taste these craft beers and some of the awesome collabs currently happening, head down to Devil’s Peak Taprooms at their Salt River and Epping venues.