James Moffett: The Grains of The Operation

James Moffett, of Moffett Milling Company, is a man like no other, starting a movement like no other. Quiet, soft spoken, and gentle, he could be considered an unlikely revolutionary in the organic food discussion. Organic food is going through a confused renaissance at the moment, on the one side of the spectrum it is lauded and celebrated, while on the other it is brushed off as superfluous and unnecessarily expensive. What naysayers seem to miss though, is the health aspect of going organic. Much of the food we are consuming is dead, lacking in any real nutrition and making us ill. And bread is getting the worst rap. But according to James, if people began to use proper, organic grain then we, the consumers, wouldn’t feel these negative effects after eating it. 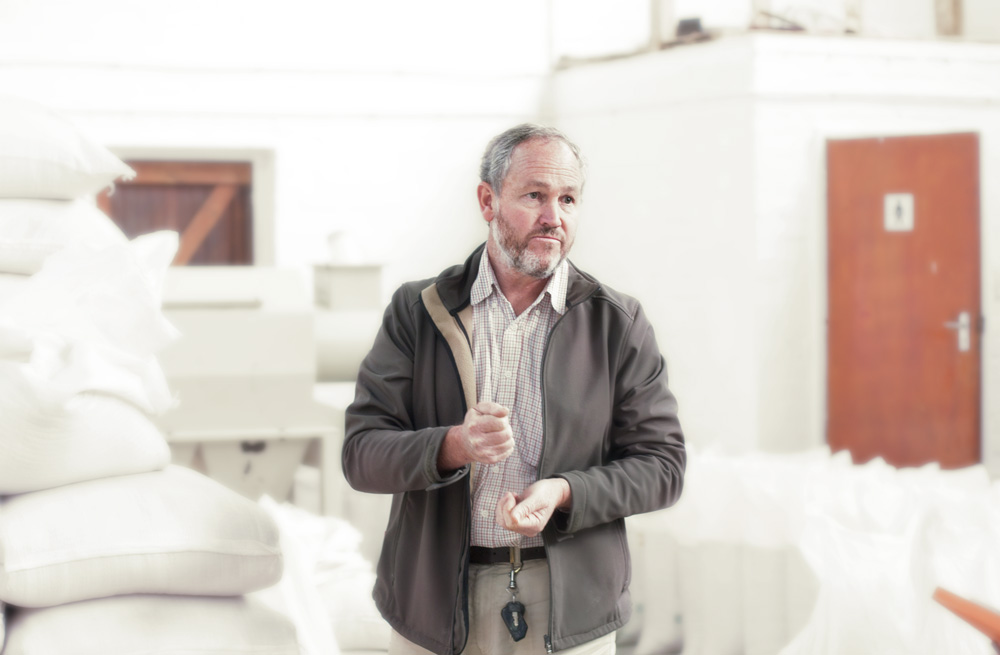 Growing up on a farm in the Free State, with a mother who believed wholeheartedly in organic practices, James never had to be convinced of this school of thought. Eating mainly organic fruit and vegetables from his parents’ farm, living off the animals that freely roamed there too, his body was nourished properly, as was his mind. It was switched on to reject the toxic, harmful food being sold in commercial supermarkets. 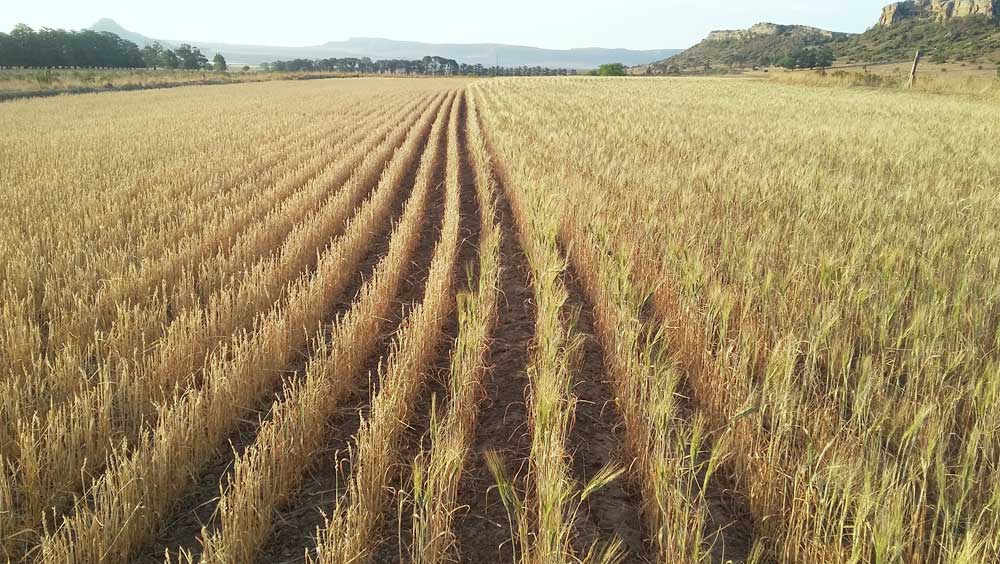 Despite a very agricultural upbringing, James had never considered farming as a  career. He learnt to crunch numbers at UCT before taking a gap year to The States that ultimately changed his life. It was there, for the first time, that he saw organic farming done on a commercial scale. What stuck with James was how it benefitted everyone, “not only the farmer,” he tells us, “but people who worked on the farm and the people who bought the food as well.” These benefits came from both a healthy point of view, as well as a community one too. There was a reconnection with where the food was coming from. It was a breath of fresh air for James, and he was inspired to get into the family business. He took this knowledge and excitement back to his father’s farm in the Free State, which at the time used commercial agricultural practices, and began to experiment with organic farming.

He started slowly. First with asparagus, then peaches and apricots, then more vegetables, and ultimately, grains. Grains were ‘indigenous’ to the Free State, and as James told us “it made sense to try and grow what already grew there”.

Everything seemed to respond positively to organic methods and the calculated progression was successful. The farm even began to export their healthy fruit – one of these exports was to a German baby food company that was then being sold back into South Africa. This made no sense to James, who believes in a circular economy, whereby everything should be used up within a local region. Motivated by keeping things as local as possible, he moved away from export and began to focus on supplying local produce to local businesses.

This is where his grains became quite important. He had spent most of the 90s experimenting with organic wheat, as well as rye, maize and sunflowers for oil. His wheat was certified organic, and he struck up an arrangement to supply a Pick ‘n Pay supermarket bakery in Johannesburg with this wheat, milled himself, via stone grinding. The flour was produced by a different process, so a slightly varied, healthier flour was produced. A flour that proved to be tricky for the supermarket’s bakers to work with. Organic wheat can’t be treated like every other wheat available, it requires understanding, a deft touch and expertise. 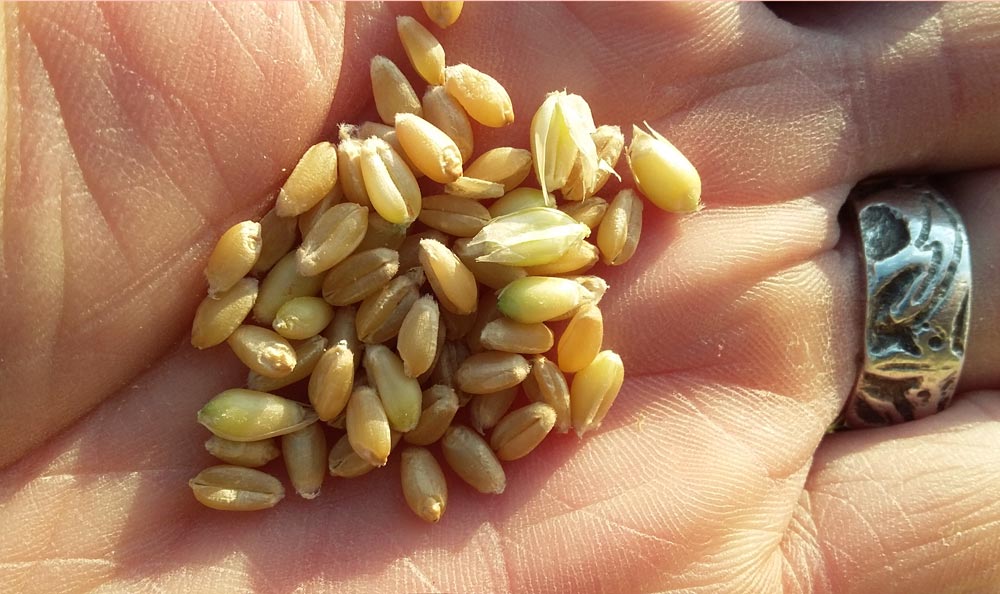 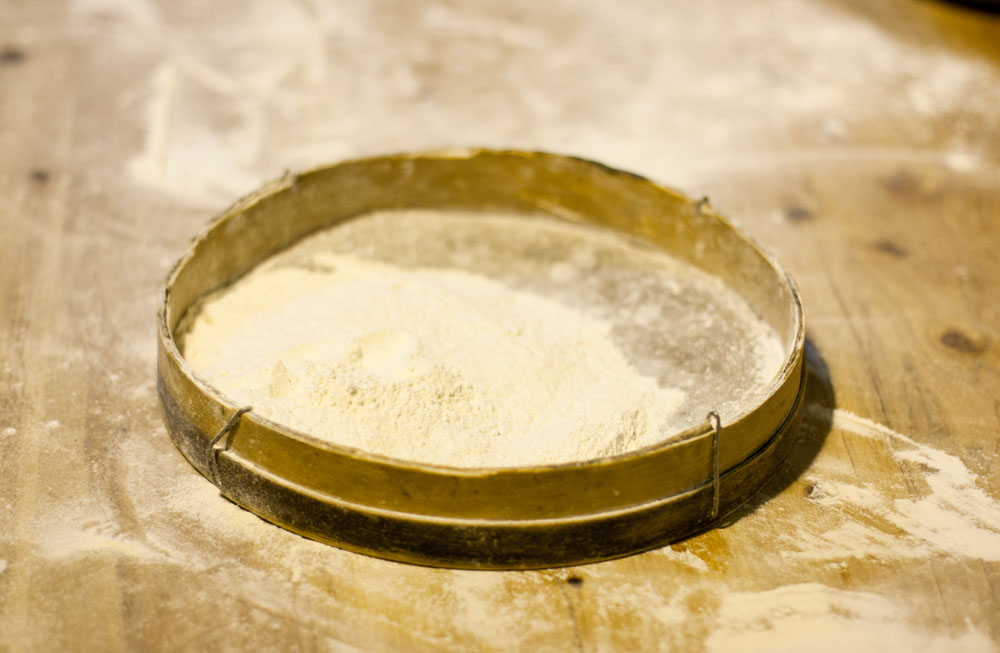 And so, the supply to Pick ‘n Pay ended, much to James’ satisfaction. Instead they began to supply individuals, small-scale stores and businesses. He controversially also moved away from being ‘certified organic’ having seen how shady the board practices were. He began to focus everything on integrity and ethics.

His view on organic farming is a simple concept. It’s about adding life back to the soil and not necessarily life that can be measured.

It takes into account the farmer’s life, the product’s life and then the life of the consumer. For James, it’s not just about what we eat in one moment, it’s about the story and the life behind it and bridging that disconnect.

If we look at an average loaf of bread sold on the shelves today, it’s actually not fair to call it bread. Read the back of a packet of bread and there are maybe 40 different things being added. Proper bread is made of flour, water, yeast and salt, and that’s it  Unfortunately due to poor soil health we are not growing optimal grain to begin with; the grain is then subjected to several refining processes, resulting in a very low-quality product. The shortage of nutrients in the soil, leads to a shortage of nutrients in the flour, and so these nutrients have to be added at the end of production. Added to this, milling grains incorrectly can lead to zero nutrients.

Most millers put their grains through steel mills first, which strip away the healthy oils in the grain, and then some go on to mill through stone, thus labelling themselves as ‘stone-ground’. Steel mills also end up splitting the healthiest bran and the germ from the endosperm, because the germ doesn’t have the desired shelf life. All of this leaves us with essentially dead flour. At Moffett Milling and Malting, their organic wheat is 100% stone ground. And there is no separation of the germ from the endosperm, it’s all in there. And it’s better for you. 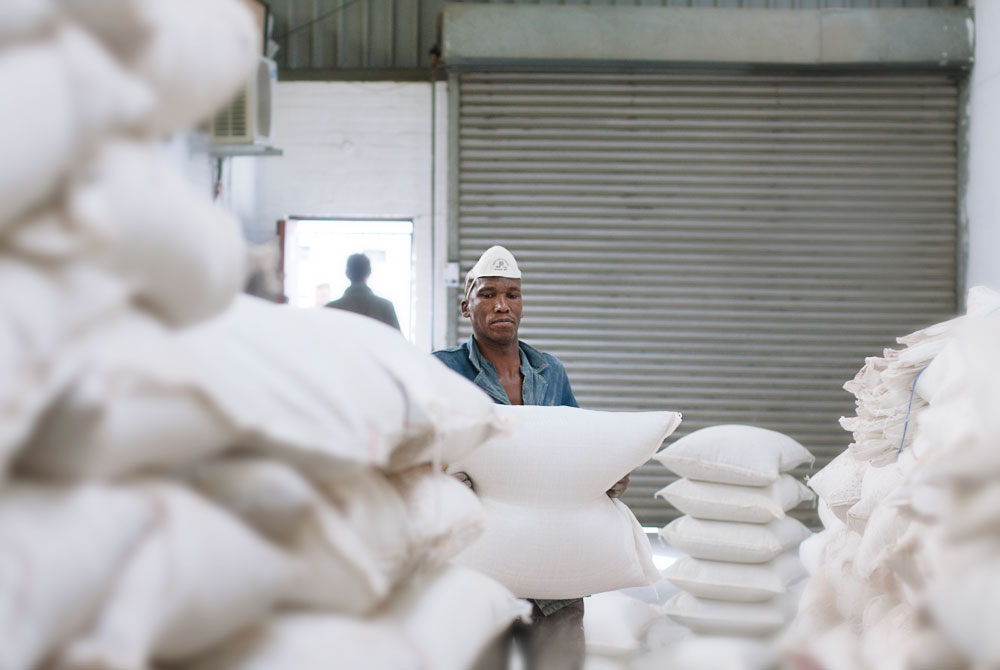 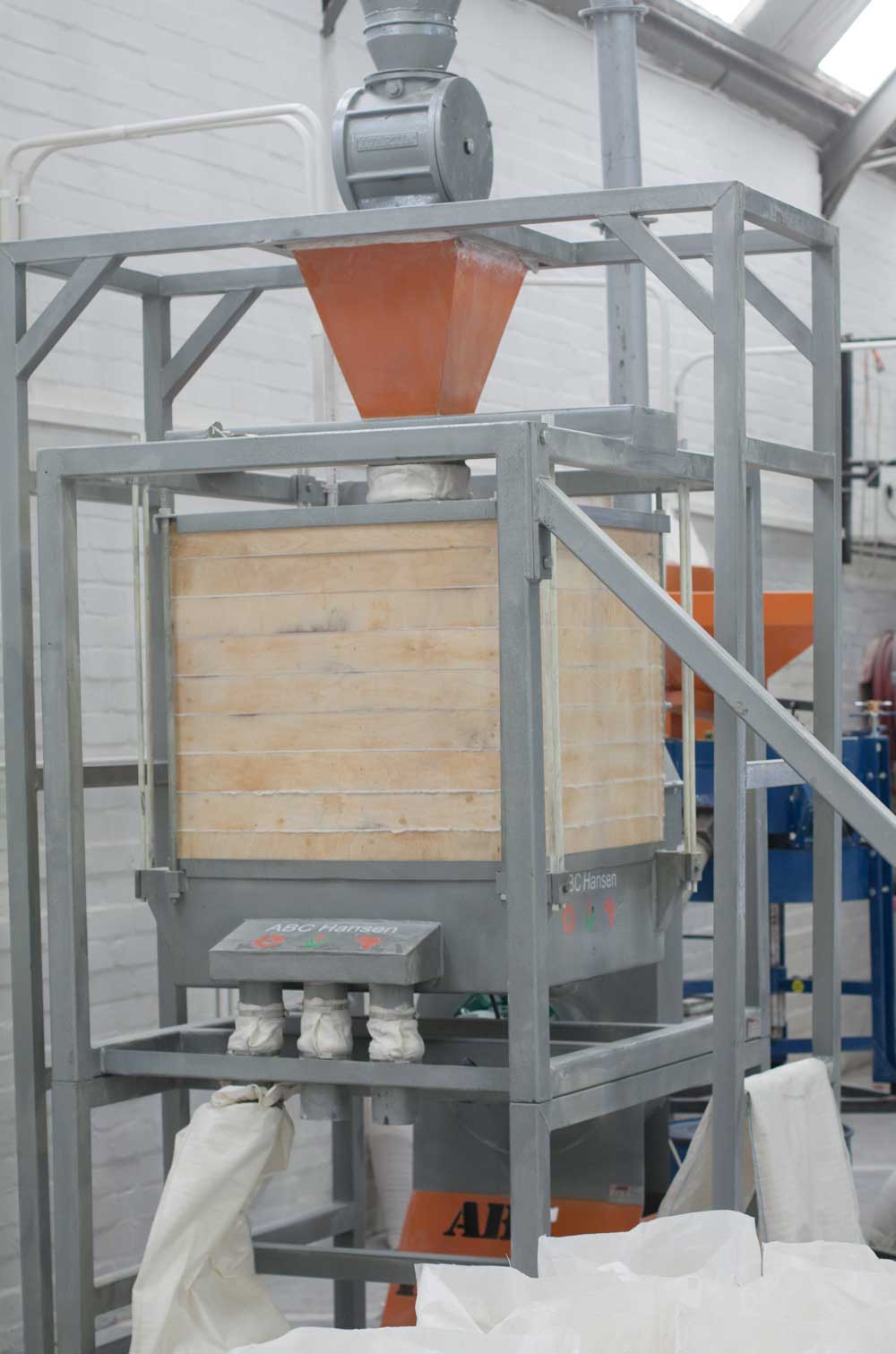 So, what does James think is the best bet for people who truly care about what they eat? Baking your own bread or getting as close to it as possible. If people start asking for bread that is baked fresh daily, using real organic flour, then hopefully the supply will meet the demand. For example, Fritz Schoon of Schoon de Companje uses only James’ organic grains, and mills them himself, creating easily the best bread (in flavour but also in health quality) in the country.  It’s also about realising that not all bread is bad.

‘Gluten-free’ is another buzzword at the moment but James reckons it’s not the gluten that is making people ill, but rather the chemicals and organophosphates that our grains are being treated with.

Especially when siloed – commercially grown wheat is at a high risk of bug infestations, the only way to combat this is through spraying a cocktail of chemicals that the pests haven’t yet built a resistance against. Sodium propionate is a preservative used in some of these commercial flours and often this is what people can react to, blaming gluten instead. Bearing in mind that gluten-intolerance-like symptoms aside, many of these chemicals contain carcinogens. 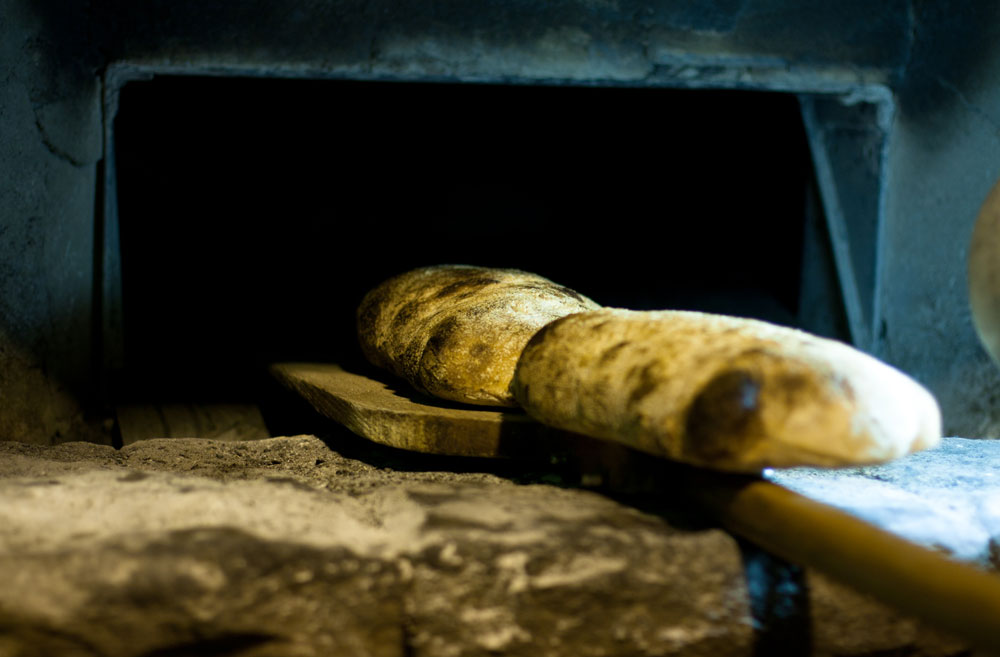 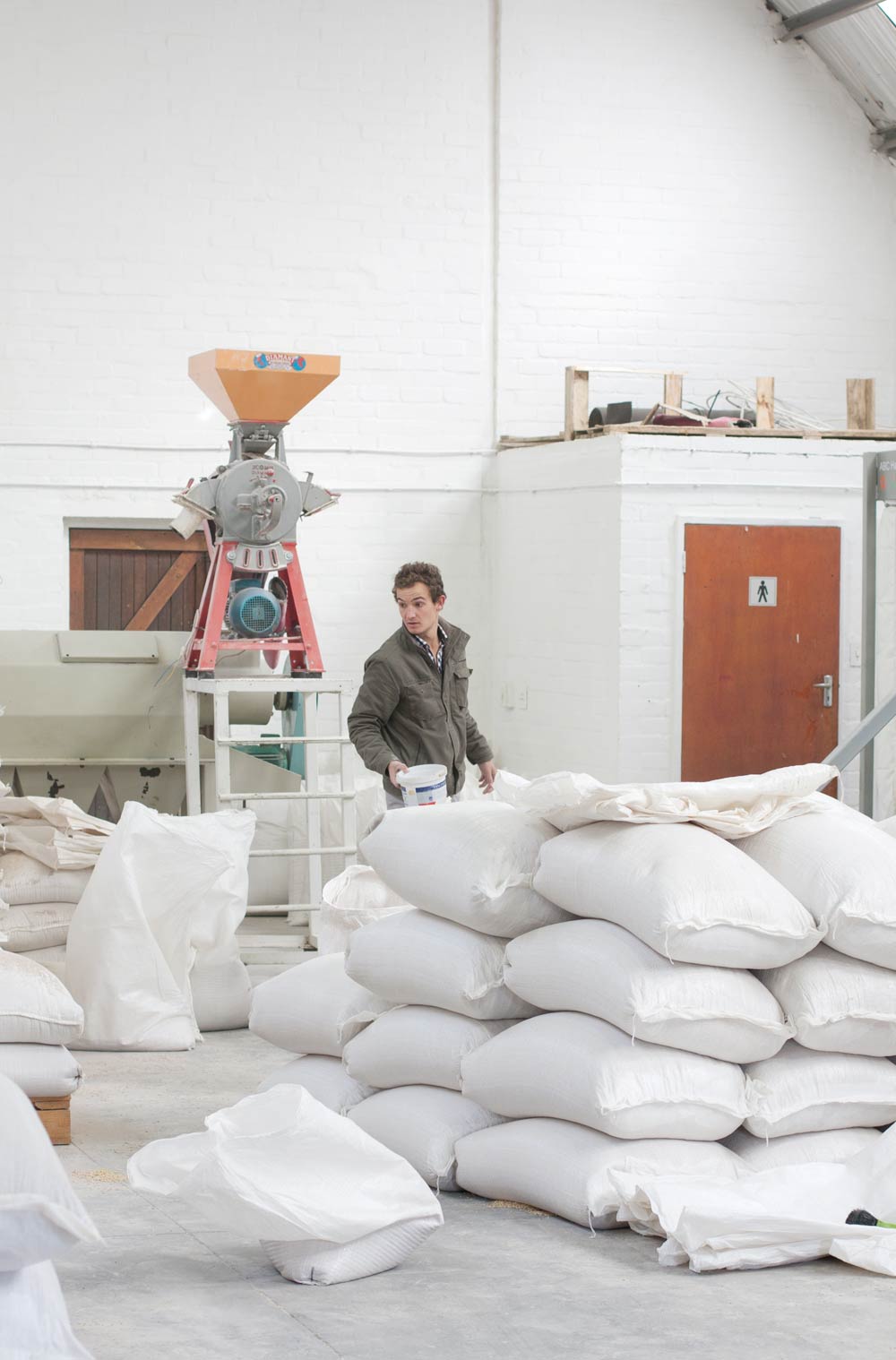 For James, the issue of buying organic should be viewed further than what an item costs. When you buy something organic, you’re contributing to a healthier life for the farmer and farm workers. A life where they don’t have to inhale toxic chemicals or work with them on a daily basis. It’s a painstaking revolution that James is staging. He’s making himself available to any farmer who wants to learn about organic farming. He’s helping them to help themselves.

This revolution begins in the fields with farmers refusing to work with poisons, it then leads onto millers, grinding the grain correctly only through stones, to consumers asking for real flour and bread, free from chemicals and pesticides. This is just the next step in knowing and caring where your food comes from. If you try eat as ethically as you can, as organically as you can, then adding flours made from organic grains is the next step in the progression you need to follow. 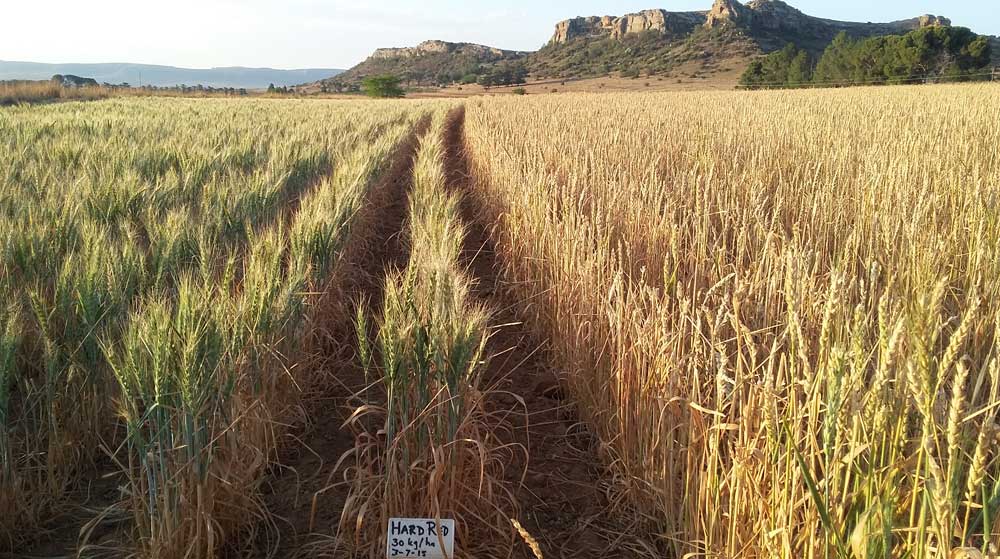 Moffett Milling and Malting sells flour to Boschendal and Schoon de Companje who use it to make their delicious bread. It is also available directly from their mill in Stellenbosch, contact James via his email or cell phone on 0823758382 or Paul Bosman, the mill’s manager, via his email or on 0726361070.

Ready to make your own bread? Check out  these delicious homemade bread recipes.