Fritz Schoon Goes Against the Grain

The start to Fritz Schoon’s career sounds like a straightforward one, finish high school, study quantity surveying, become a quantity surveyor and live happily ever after. And Fritz was living very happily, until one day, when setting up a number of food kiosks for on-site builders and foremen that his interest was piqued in the actual bread being sold. That was it for him, a fire had been stoked and he couldn’t put it out, and before he knew it, he had packed up and moved to Knysna to work at Île de Païn under Markus Färbinger, the godfather of bread making in South Africa. He stayed there for about two years, honing his craft before making his way to Stellenbosch and setting up shop.

And it started as a very small, simple shop, selling only freshly baked bread, sliced and served with some good cheese and meat. There was also only one tap for beer. The people of Stellenbosch quickly cottoned on to just how good his simple offering was and from there the business escalated. Within three years they added a breakfast menu, spurred on by Chanel (who Fritz had just met and fallen for) and her talents in the kitchen, they expanded to sell coffee, more beer, wine and ice cream, and all at once it became the Schoon de Companje we know and love today. It’s a well-oiled operation, one that sees their 17th century-style oven being lit almost the day before it’s needed, in time for the 03h30 start for the team. 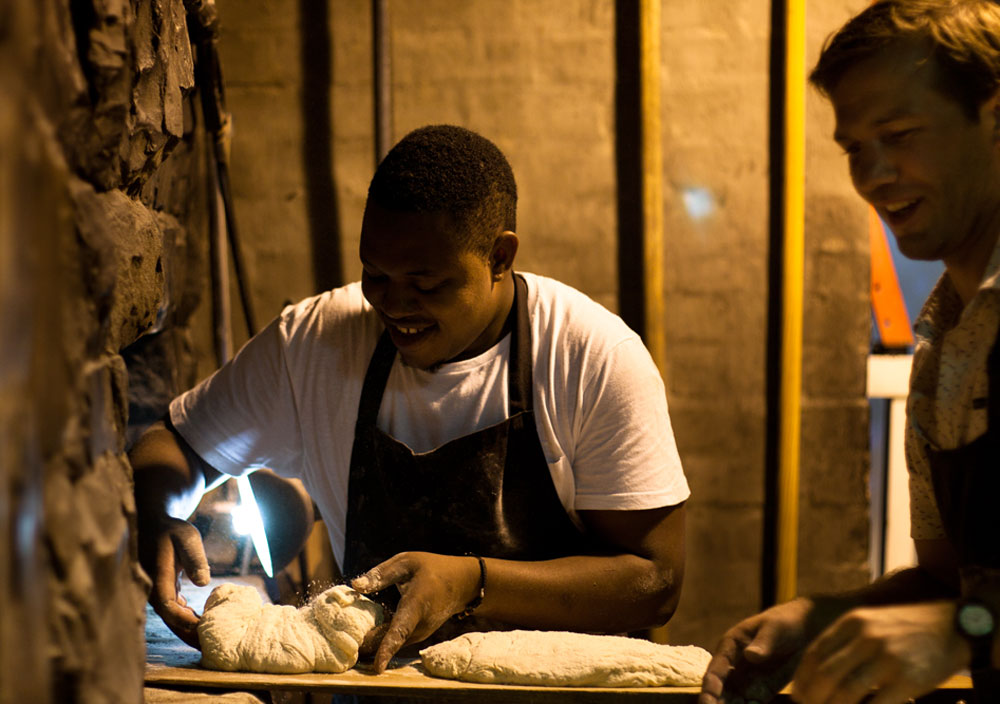 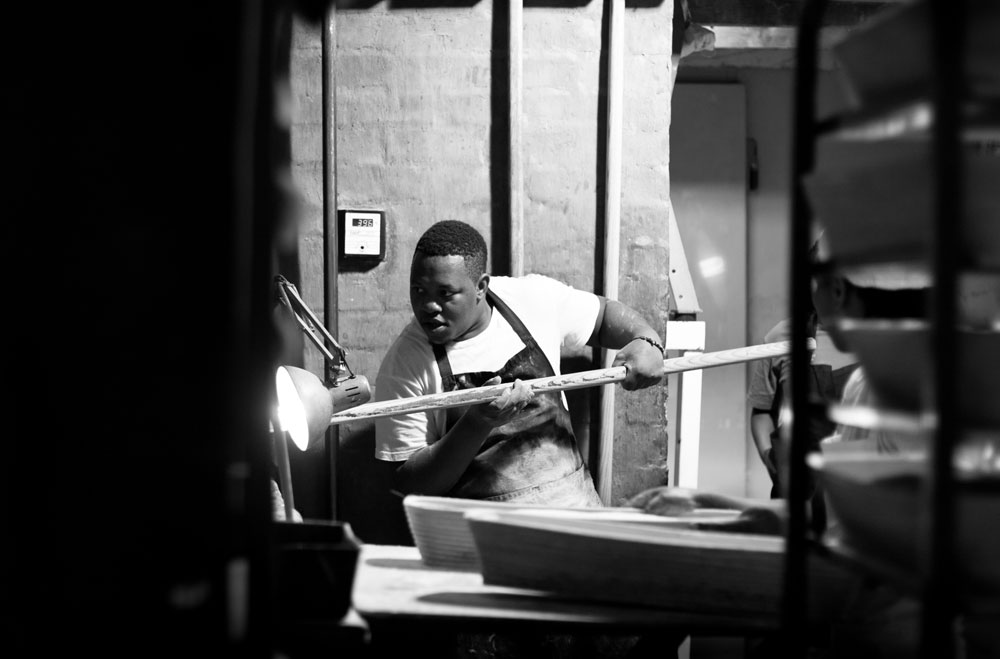 But for Fritz it’s about more than the business, it’s about the bread itself, and even more so, where the ingredients for that bread are coming from. In an age where people are questioning where their meat, eggs and vegetables come from, so Fritz is doing the same with his flour and the grains used for it. Ironically he was inspired by the hotly contended ‘banting’ diet, where people were forsaking all carbs. The issue wasn’t that he sold a few less loaves of bread, but rather that he liked that banters mostly looked at the types of produce they were eating. He examined the grains used for flour and deduced that wheat, for example, is a nutrient dense grain but that commercial methods of milling were leaving only the endosperm. This process discards the bran, which clears out the colon and offers protein, and the germ, packed full of healthy oils and vitamins. Meaning that people eating the bread aren’t getting the most nutritious part of the grain. It’s essentially dead flour, making bread that offers no nutritional value. 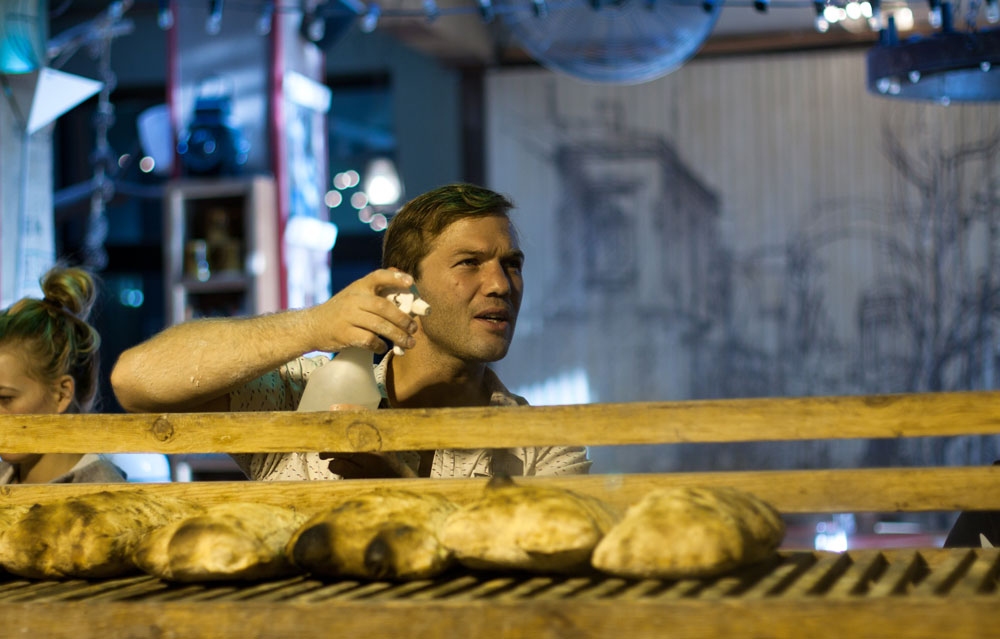 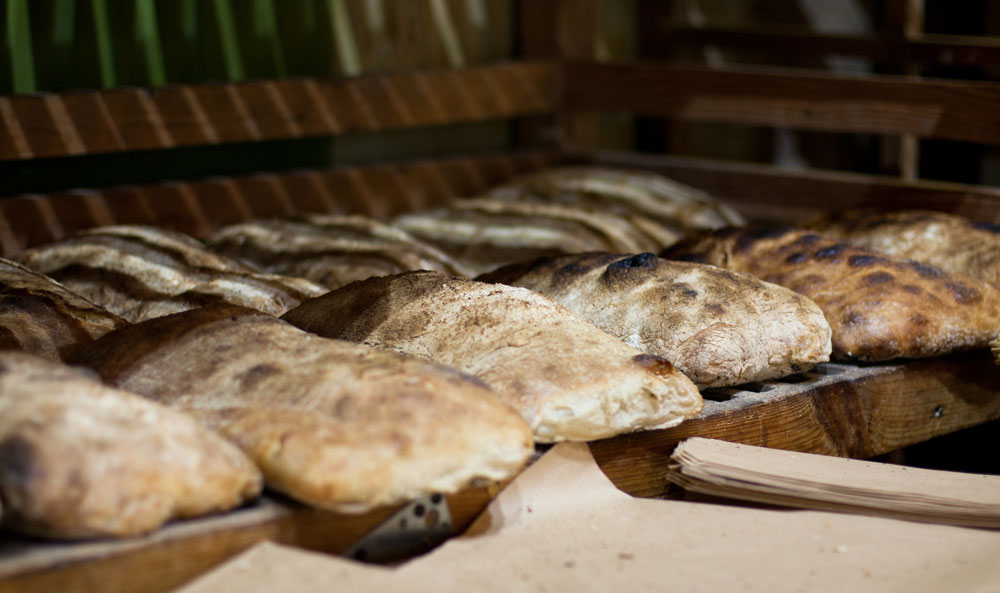 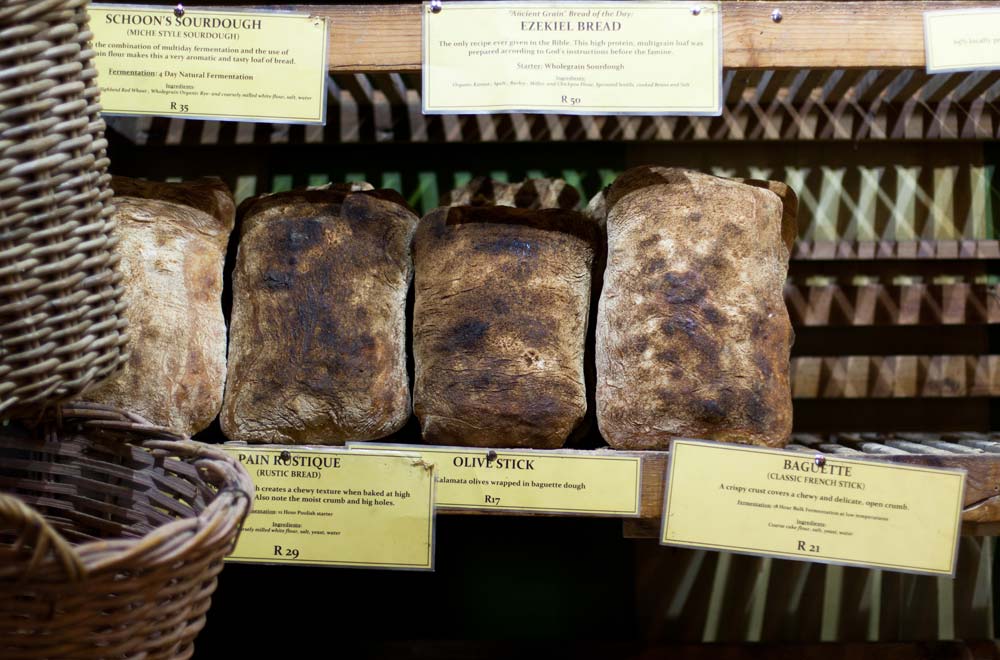 So he wanted to mill his own grains, which was the easy part, because it only requires buying a mill. What he really needed was a farmer growing organic grains, and flavour driven varietals at that. He came across James Moffet, who was growing organic grains on his farm in Fiksburg. Fritz began to mill the grain that James supplied him with, originally only two varietals, and he was sold straight away on what these grains did for the flavour of the bread. From there, Fritz has discovered grains such as hand red, wit wol, teff, barley and sorghum, and uses them consistently in his bakery. What his plan is though, is to get more bakeries in Cape Town and the surrounds, milling their own bread, and involved in this organic, heirloom grain movement. The recipes need to start in the field and he doesn’t want to keep this incredible discovery for himself, he wants the farmers to continue to grow these grains and he wants everyone to use them. The more people who buy into the idea, the better it for is the bakers and the farmers, and the quicker consumers will click and start requesting these breads.

The most admirable thing about Fritz is not that he makes the most delicious bread or pastries, but that his heart truly lies with the farmers and their farms, and is committed to doing things the ethical way. At this point he, and James, are responsible for a large part of consulting with farms looking to move to organic grains. He’s inspired by iconic chefs in the US who are doing something similar such as Dan Barber and Chad Baker of Tartine, and he wants bakers to club together in South Africa to head in the same direction. It’s not about profit or competition, for Fritz and the Companje team, it’s a way of life. 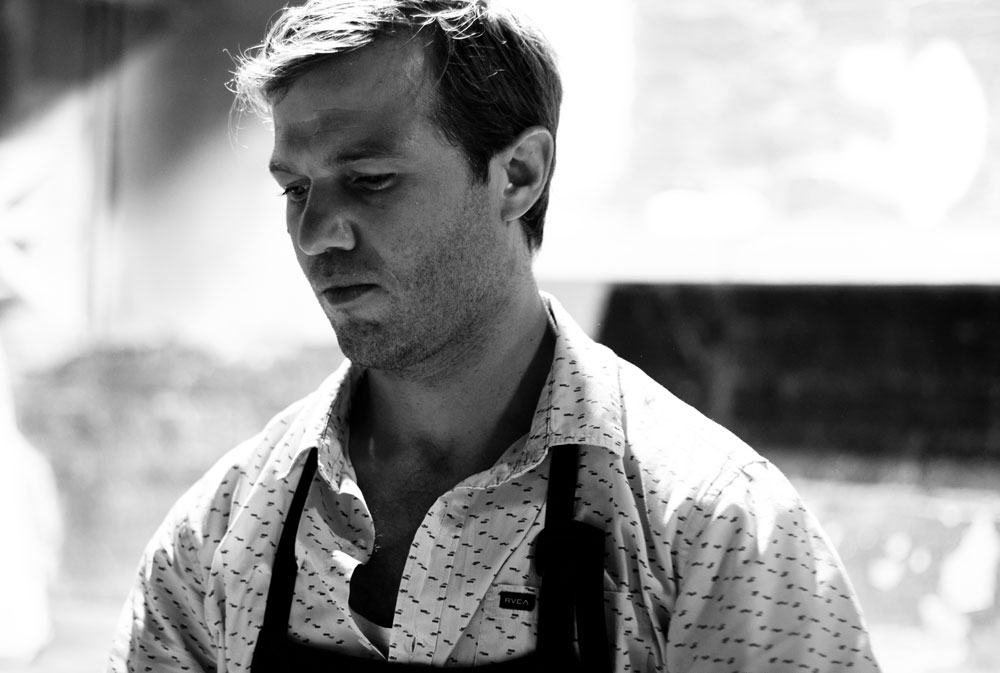