Why you’ll be drinking Sherry this Summer

When you think of trendy cocktails to sip on as you watch the summer sun set, or a complex drink that pairs with delicious tapas, your first thought is probably not ‘sherry’, but that’s about to change, This versatile drink is making a comeback in a big way – it’s the remarkable versatility of this flavourful and food-loving fortified wine with legs that makes it more relevant than ever to modern life. It seems the drink that originated centuries ago in Spain is now on everybody’s lips.

Why has sherry, a fortified wine, suddenly become a cocktail staple? Top Cape Town mixologist Owen O’Reilly explains: “At the moment, sherry is what’s happening in cocktail bars all over the world – in fact, we in the industry think it isn’t a trend; rather has become a staple for bartenders and mixologists who know and appreciate its versatility and subtle complexities.

“With full cream, medium cream, pale dry and Muscadel, there are different flavour profiles that can make an endless selection of craft cocktails. It’s also low in alcohol, so you can drink several cocktails when you’re out at a club or bar, without overdoing it. Sherry can also be enjoyed at the poolside or fireside, with a mixer like dry lemon as a refreshing alcoholic beverage. The fact that it’s inexpensive is also a plus, both for bars and home cocktail enthusiasts, who want to experiment with crafting their own cocktails.” 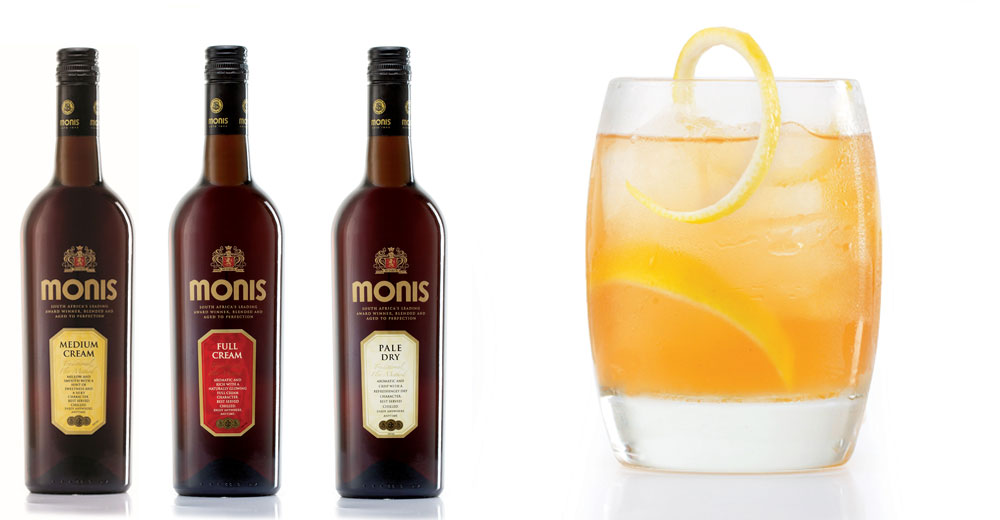 “Ten years ago, nobody knew what craft beer or mixology were, or used pomegranate in cocktails, or would touch absinthe,” said O’Reilly. “These are actually all old drinks that have come back into fashion and been updated by modern mixologists, and today everything goes. Sherry is one of the most significant players in the current approach to drinking and is as exciting as the modern-day evolution of food and dining.

Sherry originated in the town of Jerez, Spain, and is a fortified wine made by an exacting centuries-old method. After the grapes are pressed and fermented, the juice goes into barrels, which are racked according to age. Each year, wine is drawn off for bottling from the bottom or oldest row or solera, and is replenished from the younger rows above, the criadera.  A yeast called flor grows on the sherry and is what gives the drink its wonderful nutty aromas and flavours. The name ‘Sherry’ is protected as a designation of origin of fortified wine in Spain’s ‘Sherry Triangle’ fortified wine produced by Monis, is the only one in South Africa that adheres to the traditional Spanish method, which is both time-consuming and laborious. That said, the grapes used to make Monis are 100% South African grown.

Monis owes its name to Roberto Monis, an immigrant from Tuscany who established himself in South Africa in 1905. Roberto started an import business where he traded in olive oil, cheese and wine. In 1916, he began making his own range of natural and fortified wines, including a selection of sherries in a Paarl cellar. As for when to drink which variety, Cellarmaster Dirkie Christowitz says, “Anytime!” For modern lifestyles, a Pale Dry Sour (Monis Pale Dry with bitters, lemon juice and sugar syrup topped with a lemon wheel) is a great first date drink, while a Full Cream Kir Real (Monis Full Cream and a South African MCC such as Pongracz with a blueberry and mint leaf) is perfect for picnics, an impromptu party or even late night poetry slam. For dining al fresco, Dad’s birthday or sundowners, try a Medium Cream Cobbler (Monis Medium Cream, a wheel each of lemon or orange and castor sugar, garnished with raspberry, blueberry and mint). Or go the Monis straight-up route with a home tapas spread for you and your besties, pairing Monis with chorizo, cheeses and other fun to eat Mediterranean nibbles.