Much like the moon, cheese has a strange effect on certain people in this world. I think this is due to the fact that the moon is made of cheese, but this is yet to be proven. To the folks of Buffalo Ridge cheese, cheese is not just a tasty creation – it’s a full-blown obsession that can lead to the adventure of a lifetime. Wayne Rademeyer is one such person and his love for real buffalo mozzarella led him to set up South Africa’s first, and only, buffalo cheese farm. 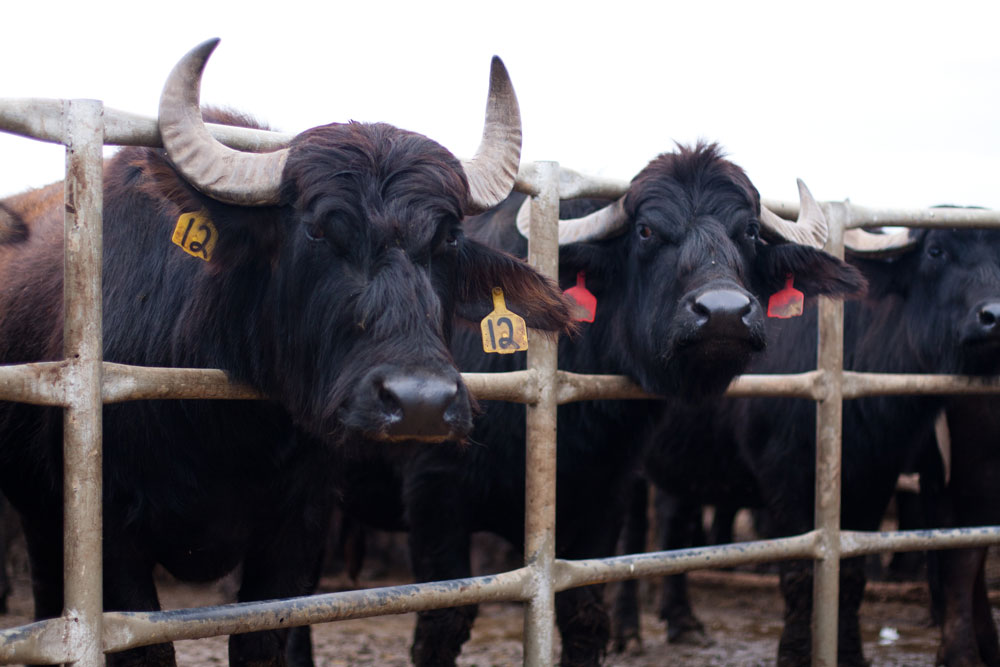 Wayne’s buffalo mozzarella obsession can be attributed to the humble Caprese salad. Now if you’ve ever had a proper Caprese, you’ll know that it’s one of, if not the best, salad combination on the planet. At the time Wayne was living and working as an advocate in Johannesburg when he noticed that his favourite Caprese joint didn’t always have buffalo mozzarella. So in typical South African fashion he decided, bugger it I’ll make my own, and just like that Buffalo Ridge cheese was born.

Situated just outside of Wellington in the Western Cape, Buffalo Ridge cheese is home to 147 buffalo – 144 heifers and 3 lucky bulls. The imported stock are the real Italian deal and can be traced back to Campania, Italy. Wayne believes in doing things the right way and the farm is environmentally friendly, which means that they don’t use any pesticides or any other nasty stuff. The herd are free to roam the pastures, which leads to healthier animals with high quality milk that makes awesome cheese.

The heifers are milked once a day and can yield anywhere from six to twelve litres. From here the milk is gravity fed to the creamery and then a clever cheese maker uses the ‘pasta filata’ process to get the curds into a sticky dough, which is then folded on itself to get the trademark stringy texture. From here the dough is moulded into balls and left to soak in brine. It takes about eight hours from start to finish and the result is worth every second.

As we dived into a tasting we learnt that Buffalo Ridge has also started producing yogurt – fromage blanc (similar to crème fraîche), feta and Rock Wood (a pecorino style hard cheese). In the name of science, I opted to try all of them. The yogurt was rich and creamy with a zing on the tongue. The fromage blanc was like the yogurt but on steroids, lovely and thick. The feta was salty and uniquely firm, yet flexible, and the Rock Wood was spicy, nutty and epic. 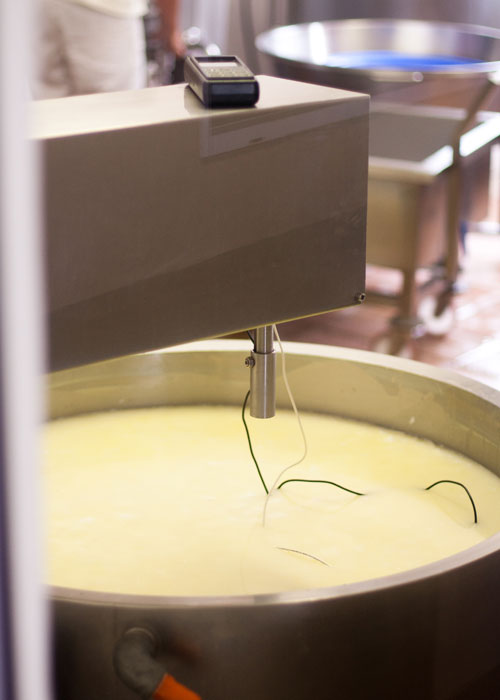 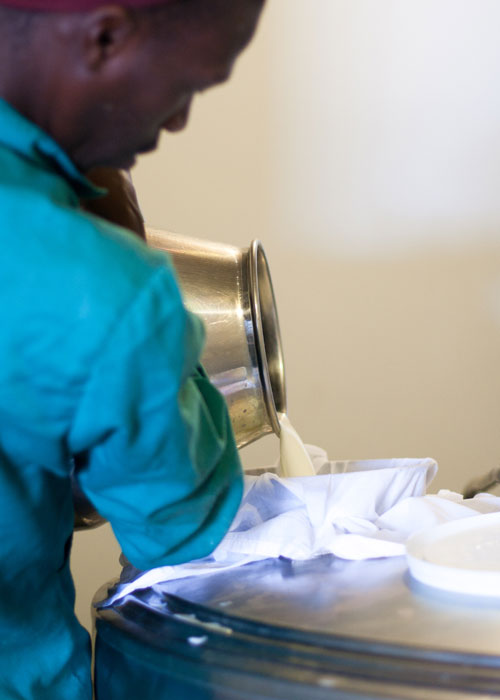 To end off, Wayne whipped up a simple caprese. As he tore the white orb of mozzarella he showed us the natural fault lines in the cheese from the folding process. He explained that it’s a sin to cut mozzarella and you should always serve it at room temperature. This allows the cheese to relax and pull apart with ease. The salad was a perfect example of a great caprese but the mozzarella was undoubtedly the star. It was soft, creamy and had a wonderful pull to it. After a few beers and a mountain of cheese we rolled out of Buffalo Ridge with a newfound respect for proper mozzarella. In this day and age with so many substitutes and processed cheeses, it’s good to know that there are still people like Wayne making things the way they should be made. 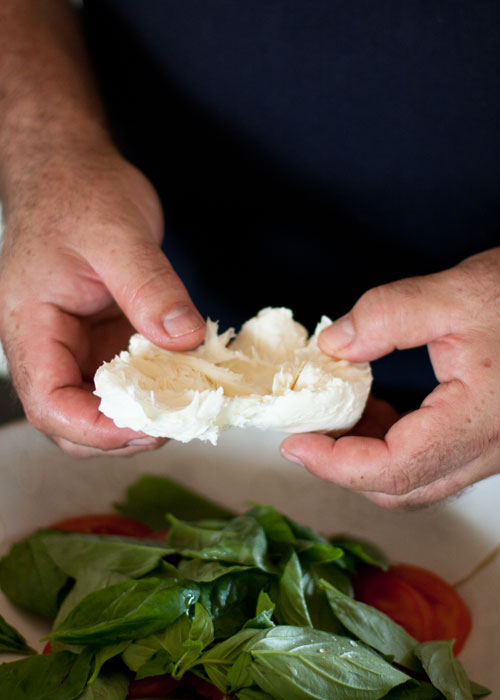 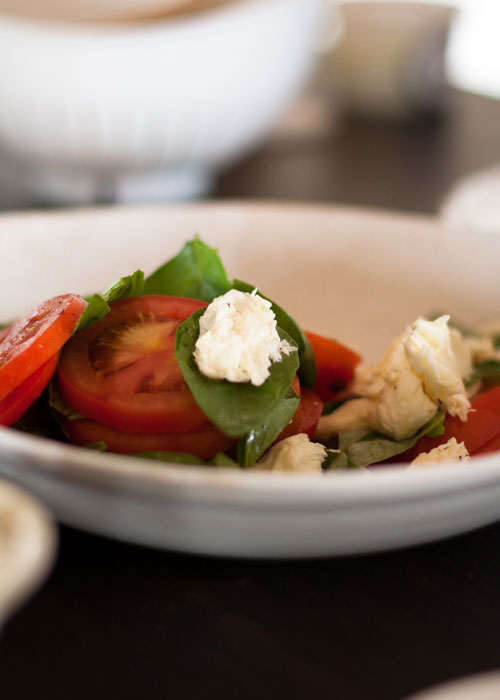 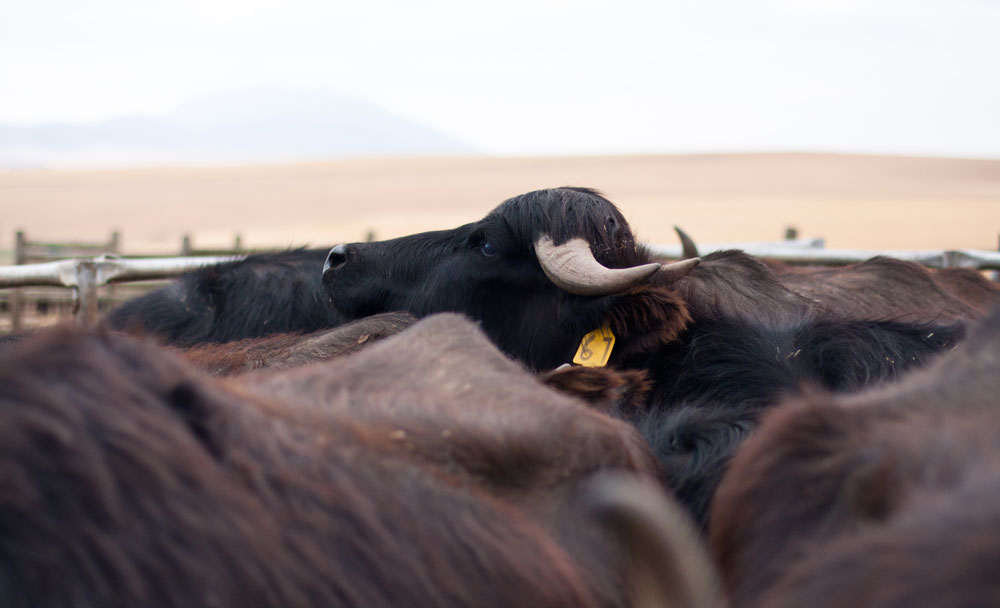 At the moment Buffalo Ridge is not open to the public, so it’s best to call ahead to book a tour. To visit their website click HERE.

Tastings and sales are offered every Saturday morning at their stall at the Neighbourhood Goods Market – Old Biscuit Mill in Salt River.