Now is truly a rewarding time for beer lovers as unique and increasingly diverse offerings are being brought to market. There is a beer renaissance happening as the grip of the formulaic beer giants loosens and craft beers are being consumed on a larger scale.

For Striped Horse it has been impossible not to wade in and contribute to this contemporary return to the roots of beer brewing. They bring their crisp refreshing beers to you in the form of a lager, an award-wining pilsner, and an ale (coming soon) that are perfect for those hot African days and nights.

The Striped Horse master brewer, Wolfgang Koedel, has 25 years of experience in the industry and is fiercely committed to achieving the clarity, quality and flavour that only small-batch, slow brewed craft beer can deliver. European-trained, internationally experienced and locally-based, he is a craftsman uniquely qualified to produce a beer inspired by Europe but born in Africa. 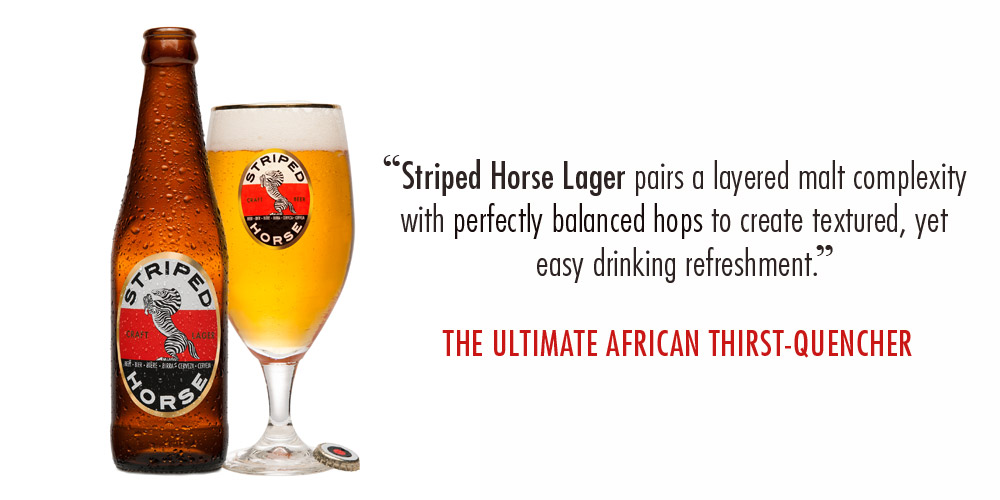 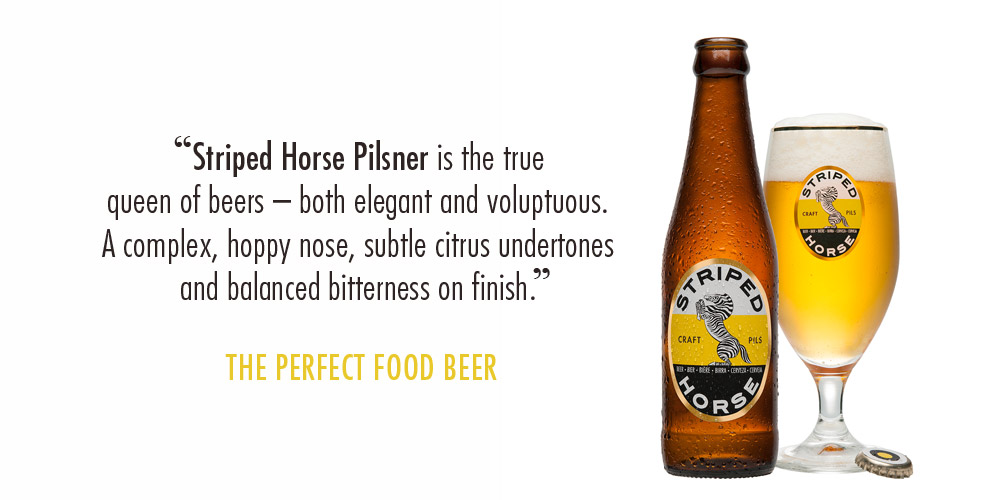 The Striped Horse Ale, to be launched in July, is an easy-drinking golden ale with a fruity malt backbone and delicious hoppy finish – for a deep, eclectic, distinctive beer experience.

Striped Horse beers have had phenomenal success in penetrating the South African beer-drinking market since they launched in October 2014. The lager and pilsner are a popular choice on tap in many of South Africa’s trendiest bars and restaurants and the 330 ml bottled beers are available at most top liquor outlets.

Along with the ale launching in July comes the very exciting news of The Striped Horse – the brand’s flagship restaurant and bar opening at a prime location on the beachfront in Muizenberg. Known as a favourite beer amongst surfers this location it is bound to become a very popular watering-hole all year round.