You know what’s not sexy? A watery sauce. Nobody wants their gravy to look like a consomme. We don’t know about you but personally, we appreciate sauces with a good consistency and it all begins with cooking a roux. 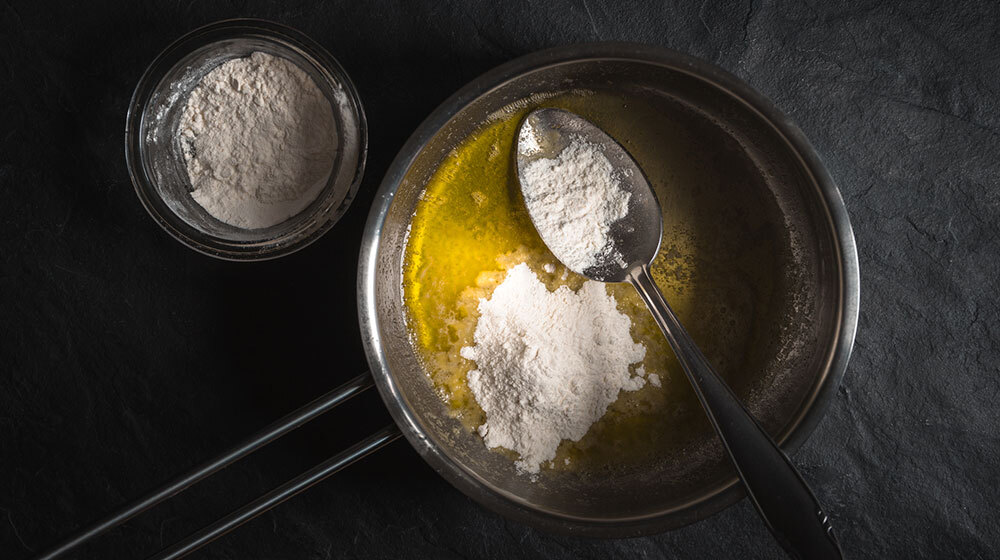 Roux is French for awesome sauce, just kidding, but that’s not far off. ‘Roux’ (pronounced roo) is short for ‘beurre roux’ meaning ‘brown butter’ and refers to a thickening mixture of flour and butter, which is normally added to soups, stews, velouté, espagnole. Chances are you’ve probably made a roux, without realising it as many sauces start with a roux as the base. Think of the base of a béchamel used in lasagne.

There are four different types/stages of roux — light, blonde, brown and dark. Each type of roux differs in taste and colour but they all have the same starting ingredients, butter and flour. What separates a light roux from a dark roux is the amount of cooking time and heat applied. If you want to take your cooking to the next level, making a roux and a good one, is essential. Let’s get to stirring! 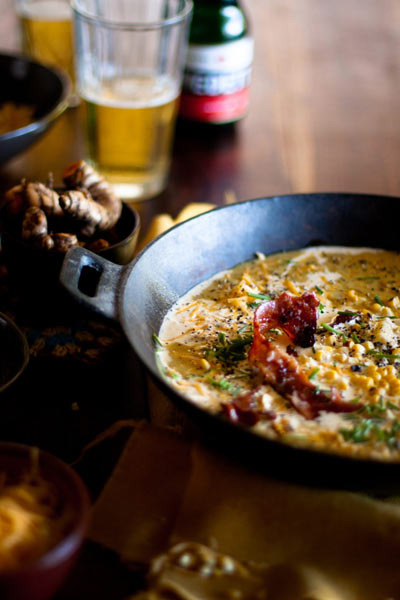 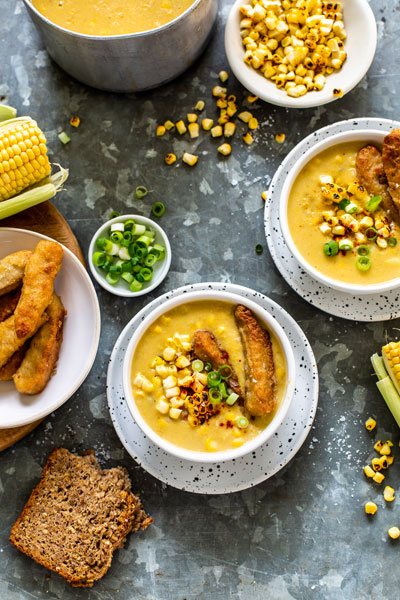 Whether you’re interested in the far end of the roux spectrum and want to make a brown or dark roux, you have to start by first making a light/white roux. Blonde, brown and dark roux all begin as a white roux.

Simply start by melting one or equal parts butter/fat in a saucepan. Some people also use lard or bacon grease when making a roux. Alternatively, you could use oil (peanut, canola, vegetable). Olive oil could be used, but it’s not recommended as it detracts from the natural flavour of the roux. When making a light roux it’s best to stick to clarified butter, this is also the ‘French way’. Using oil is typically done in Creole and Cajun cuisine. The choice of fat also depends on the flavours you would like to be prominent in your dish.

When making a light roux it’s best to stick to clarified butter, this is also the ‘French way’.

Keep your heat ready and steady on a medium to low heat. Once your butter is nicely melted you want to start sprinkling in your flour (all-purpose). The butter to flour ratio should be equal (both one part). Now make sure you have your wooden spoon ready so you can get to stirring, baby. Keep stirring continuously until the flour is fully incorporated into the butter (also a great way to get some arm exercise in).

As far as utensils go it really depends on your preference. It’s not the same as making a custard where using a spoon is better, as a balloon whisk incorporates air into the custard. Using a whisk might be easier if you’re worried about clumps forming and not yielding the smooth desired consistency.

Where were we? Oh, keep stirring your butter and flour mixture in a figure 8 motion. Continue doing this for about 3-5 minutes. Light roux doesn’t require lengthy cook times and 5 minutes is enough to get the flour cooked out. At this point your mixture should start to bubble or slightly puff. If you have a thick off-white lump of flour and butter in your pot then your roux is probably already done… this is the part where you decide what you want to do with your roux. If you’re making a chowder or bechamel for lasagne, you would add your milk at this point or even add stock if you’re making a velouté — unless you want to take your roux to the next level. 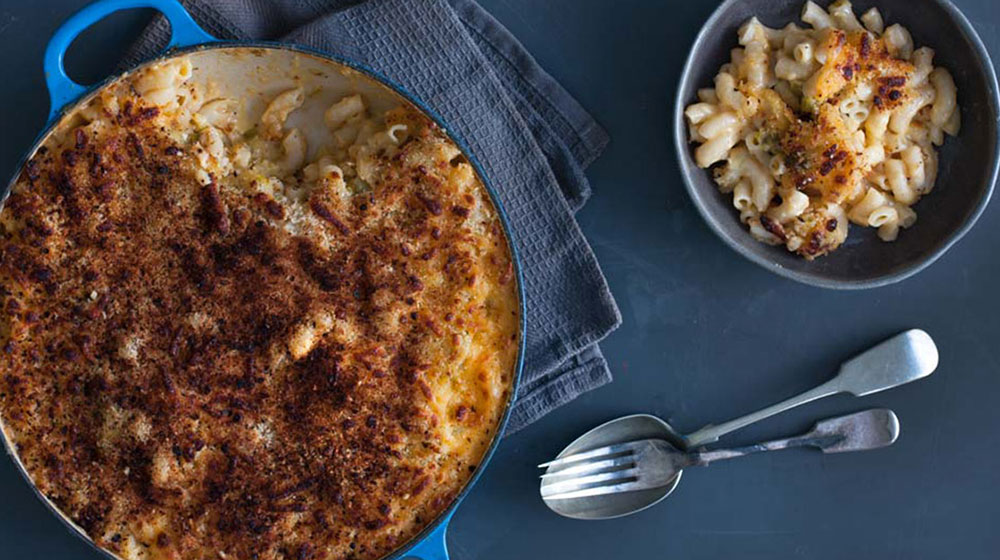 If your roux has exceeded the 5-minute cooking mark, you’ve officially entered the next level. Remember the longer you cook your roux, the darker and nuttier it becomes (the flavour transformation is crazy).

To make a blonde roux you would continue cooking your white roux to get to blonde. The heat transforms the colour from off-white to a more buttery hue. You’ll notice that your roux will become more liquid, compared to the white roux phase.

Make sure your heat is still steady and whatever you do, don’t abandon your roux!

Cooking a roux is similar to making caramel, it could go from the perfect colour and consistency to bitter and burned in a matter of seconds. Starting your roux again from scratch is not what we’re after. Make sure your heat is still steady and whatever you do, don’t abandon your roux!

If you want to end up with a blonde roux, it typically needs 5 minutes of cook time.

See how to make a blonde roux and check this tasty Mac ‘n Cheese with Caramelised Leeks. 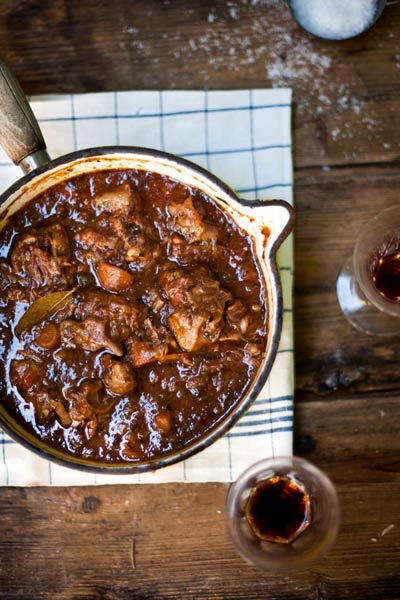 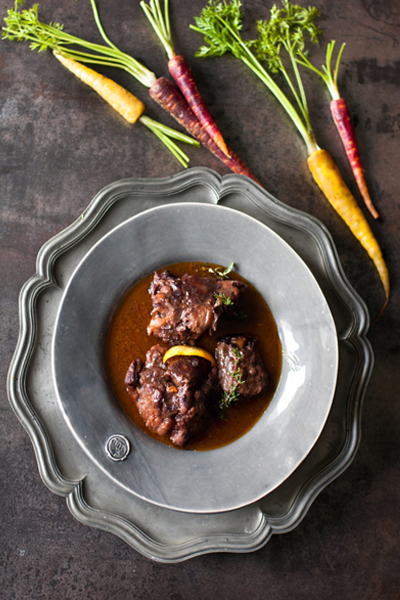 If you’re looking to make the perfect gravy, brown roux is the one! Seriously, it’s beautifully nutty in flavour. You could start your roux the same as you would a light roux to make bechamel or you could use oil instead of butter, but this ultimately depends on the flavour you would like to yield. Brown roux is the sweet spot, but also requires a good amount of attention. Butter has the ability to burn more quickly compared to oil. Because you’ll be cooking your roux a little bit longer, you want to use an oil that doesn’t have too high a smoke point. Peanut, canola and vegetable oil are typically used.

If you’re looking to make the perfect gravy, brown roux is the one! Seriously, it’s beautifully nutty in flavour.

Add your flour (same process as making a light roux) and stir, stir, stir till you get a lovely brown colour that looks similar to caramel. What’s also important when making a roux is to have the rest of your ingredients ready for your sauce. And because we’re dealing with a time-sensitive roux you, it’s best to have everything ready to go, in a mise en place fashion.

Warning, it’s best practice to taste as you go when cooking but do not stick your finger in the roux pot, apart from being unsanitary (unless you’re cooking for one) you could also burn your finger, get a spoon out and allow it to cool before tasting.

This Homestyle Oxtail Stew in Rich Gravy and Slow Braised Oxtail wouldn’t be possible without the rich brown roux base. 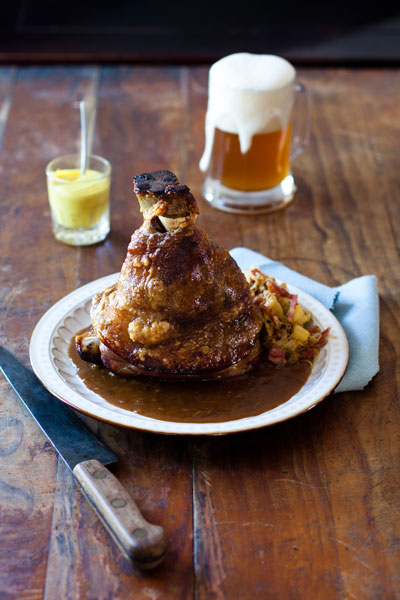 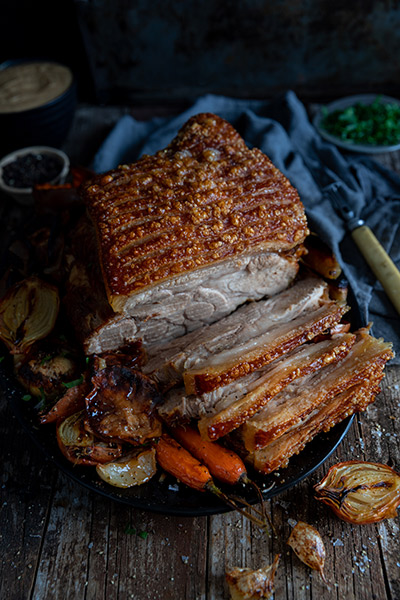 Apart from the difference in colour, white and brown roux are great in terms of thickening agents, due to the shorter cook time. Brown and dark roux have the ability to make a sauce richer and have less thickening power. The darker the roux, the richer and nuttier the flavour. Remember, with white roux you want to cook it long enough so the flour taste is not prominent, whereas with dark roux the longer it cooks the weaker and less glutinous the flour becomes. Dark roux is commonly used in Gumbo, which requires a rich stock and combined with the Creole holy trinity — not the Father, son and the holy spirit, but rather the combination of bell peppers, onion and celery. Dark roux is a flavour explosion, it’s nutty and velvety.

The darker the roux, the richer and nuttier the flavour.

When it comes to making a roux (dark), Louisianians would probably frown upon this method as wooden spoons have been used to make gumbo for generations. They even have a specific wooden spoon, with the tip having a flat edge designed specifically to remove any lumps which may form.

Cooking a dark roux just means taking it one step further from a brown roux, 3 minutes further to be exact. Ensure the heat is steady and the stove/pilot is set at low heat for better control, as you wouldn’t want to make a burnt roux — very different from a dark roux. Keep an eye on your roux always. Once you have a rich dark brown colour, you should remove it from the stove and transfer it to another container. The residual heat from the pot could easily burn it. This is the part where you would add your stock or liquid to make your awesome sauce.

Perfect your dark roux making skills with this Schweinshaxe with Beer Gravy or this Roast Pork Shoulder with Apple & Onion Gravy.

Cooking a roux can be tricky, but now that you know how to make a white, light, brown and dark roux you’re well on your way to being a certified chef. Want to improve your cooking skills even further? Check out our Glossary of Cooking Terms.