StreetSmart SA, a non-profit organisation dedicated to the social integration and upliftment of street children, has launched in Knysna and is rallying restaurants to become involved in helping to rebuild the lives of children at risk in the town. Funds are raised by adding a voluntary R5 donation to each table’s bill at participating restaurants and since its inception in Cape Town in 2005 under the patronage of Archbishop Emeritus Desmond Tutu, StreetSmart has raised a total of over R11,5 million.

The beneficiary selected for StreetSmart Knysna is Sinethemba. Established in 2003, the organisation works with children at risk and their families to enhance self-sufficiency and giving hope through well-structured development programmes, in order for them to become active change agents in their society. Sinethemba received R30,000 that was raised by the three restaurants that started the ball rolling in Knysna: Caroline’s at Belvidere Manor, Knysna Hollow Restaurant and the Bell Tavern at Belividere Manor. These funds will be used towards the salary of an Auxiliary Social Worker.

StreetSmart SA is a registered Public Benefit as well as a Non Profit Organisation and ensures that every cent donated by diners goes towards social and educational upliftment projects for street children. StreetSmart’s goal is to be part of the process of social normalisation and to encourage the public not to give money into the hands of a child as this keeps them on the streets. In essence, eating and donating at a StreetSmart restaurant is the responsible way to help a street child. Part of a larger international endeavour, similar StreetSmart organisations run independently throughout the UK, San Francisco, Australia, New Zealand, Vancouver, India and recently launched in the Netherlands. 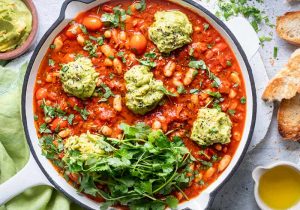