It’s Women’s Month and given that we love food, we want to celebrate the powerful female chefs of South Africa. These women represent what it means to rank their own needs second or even third by facing obstacles under high pressure, working long hours, and getting a few cuts and burns that comes with working in a kitchen. We want to thank these female chefs for continuing to push their restaurants to top-tier status and for sharing their passion for food with us. 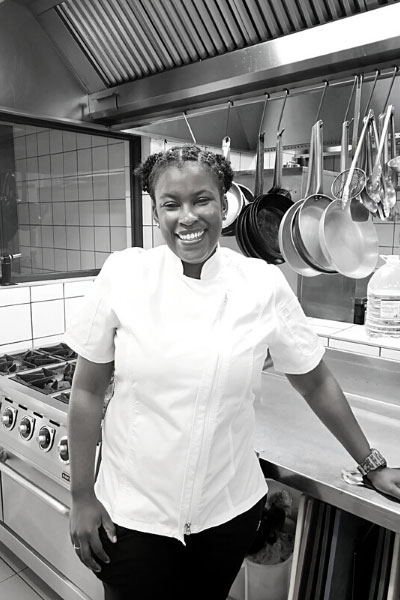 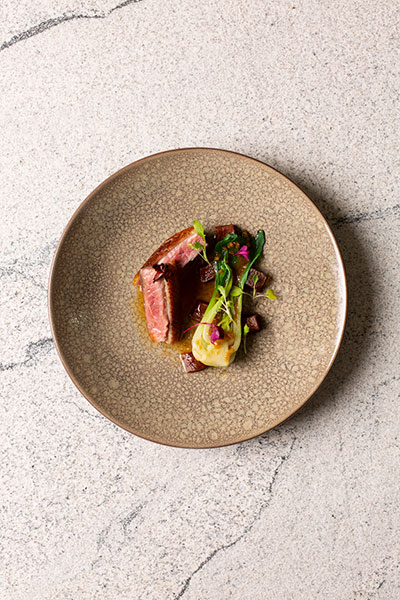 In the seventh instalment of our Women’s Month series, we spoke to Basalt Restaurant’s Head Chef, Feni Malebye-Lutalo. After qualifying from premier Italian school of cooking, the ALMA la Scuola Intenazionale di Cucina Italiana, Feni landed her first role in the kitchen of ‘Stagista,’ a One Michelin Star restaurant located in Siena. There Feni established skills in traditional Italian cuisine infused with modern flair.

Upon returning to South Africa in 2015, Feni joined acclaimed The Test Kitchen under the skilful guidance of Owner/Exec Chef Luke Dale-Roberts and Head Chef Ivor Jones. That role eventually led to a position at La Colombe, where Feni further excelled under the mentorship of Exec Chef James Gaag, eventually being promoted to the role of Chef de Partie.

By this stage having worked in some of South Africa’s best fine-dining restaurants, and under several of our most internationally acclaimed experts, Feni decided to expand her horizons into the luxury lodge industry by joining the Singita international group. Based at Singita Sabi Sand, Feni worked under Chef Liam Tomlin (S.A. Chef of the year 2017/18), where his encouragement saw her achieve the role of Sous Chef at Singita’s enviable Castleton Lodge.

Moving back to Joburg to be closer to her family in late 2018, Feni joined Freddie Dias (ex-Head Chef, Pot Luck Club) as his Sous Chef, where together they collaborated the launch of Basalt Restaurant in Sept last year, a casual fine-dining restaurant set within the well-established Peech Boutique Hotel of Melrose. There Feni initially worked under Freddie Dias (ex-Head chef, Pot Luck Club) as Senior Sous Chef, and has since been promoted to Head Chef of both Basalt and The Peech Hotel’s in-house Garden Restaurant as of 1st August 2020.

Feni Malebye-Lutalo launched her new Spring Menu at Basalt as of 28th of August. Basalt Restaurant will participate in the upcoming SA Restaurant of the Week series throughout October this year. 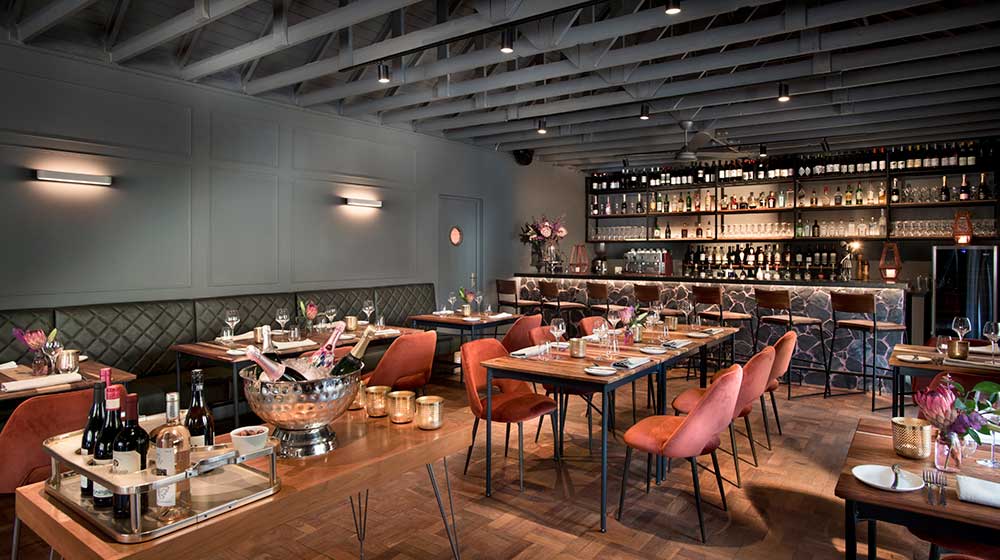 I tried to follow the conventional corporate route by attending law school. However, I quickly realised that I wouldn’t be fulfilled as a practicing lawyer. So I did the sensible thing and dropped out in my 3rd year to pursue my love for the culinary arts. I found a way to express myself creatively through food and seeing people’s sincere appreciation for my art further fuelled this passion. I enrolled in culinary school and never looked back.

I come alive during the rush of dinner service. That’s the pressure that keeps me on my toes. I am forced to be on my A-game because that’s where my performance is truly measured. Bringing the greatest satisfaction to the greatest number of people in a single given time.

There are a few key attributes in my opinion, to name a few I’d say:

I’ve given a lot of thought to this question, wondering if it was at a couple of Michelin star restaurants in Italy or even at the top-rated restaurants in South Africa. But no, I’m a simple girl. My most meaningful and always memorable meal is anything prepared by my grandmother. She makes the most perfect pap which cannot be replicated (many in my family have tried!). I don’t eat Ting Ya Mabele (coarse sorghum meal) unless it is cooked by my grandmother. One can literally feel the love in every meal she makes and each one is just as memorable as the last, particularly when we all eat together as an extended family. She cooks simple yet hearty dishes that are full of love and comfort.

A very close second, however, is the meal I had at La Colombe in 2016 when I still worked there. I took my parents out for the full dining experience and Chef James Gaag took such excellent care of us throughout that meal that my parents said they finally understood what I do and can see the value in the pride I take in my work. That was a phenomenal experience.

What’s the most valuable thing you have learnt in the kitchen that translates into your life outside of the kitchen?

Adapt or die! The pressure will always be immense, as in life outside the kitchen. You have to learn to adapt to every situation handed to you and keep calm even in the chaos. Taking a step back to think the situation through logically (if you have the luxury of time) you will always reap more reward than when you are frantic. “The devil is in the detail” so be wide awake at all times and pay close attention to every detail around you and in situations that present themselves to you in life. The professional kitchen teaches all this. And when it all gets incredibly overwhelming, be kind to yourself and take a step back to allow your mental health to ‘reboot’ as it were.

Lockdown has been the absolute worst experience for everyone but the restaurant and hospitality industries have suffered immensely. On a personal level, my major depressive disorder and anxiety were continually spiralling, what with all the uncertainty around the future of our jobs and industries as a whole. As Basalt Restaurant is on The Peech Hotel property, we rely heavily on international travel guests, so the closure of borders knocked us down hard. And it has been that way for most of the lockdown period. We have slowly started seeing a slow but steady increase in local business and now leisure travel (since the Level 2 restrictions have given our industry some hope) We adapted our menu offerings, creating much smaller more intimate menus for guests instead of a huge offering which would leave us with loads of wastage.

Indeed I do. I would love to see a chef being recognised and celebrated based on their merit, where they’re awarded the title of best chef and it’s a representation of their capability across the board. In my opinion, creating gender-specific awards implies that female chefs can’t compete with male chefs. It creates an undue superiority complex among male chefs, who end up thinking that all they need to do is to be better than their male peers and not even see us, women, as their competition.

I understand that honouring female chefs separately was initiated to build a platform to highlight the women achieving excellence in an industry, which otherwise lacked diversity and marginalised them but the way I see it, every industry is male-dominated. We cannot reach genuine gender parity in the restaurant sector by creating a separate playing field for women. Chef awards are based on food. None of this has anything to do with gender. This isn’t like in sports where the male physique gives them an unfair advantage over the women. We don’t need gender attached to awards. Let the best chef be the best chef period.

Representation matters. When I see women achieving groundbreaking milestones in this industry, it pushes me to raise the bar for myself and what I can achieve as well. We are constantly pushing ourselves. Our work ethic is unparalleled. We work twice as hard to get half the recognition that our male colleagues receive. Even though we can be as hardcore and ambitious as the men, we have the natural advantage of empathy, care and understanding, you know… the soft skills that we use to lead and bring out the best in our teams. I’m not saying men, don’t have this, but it comes more naturally to women. There are a lot of female chefs who have played a crucial role in the growth and development of younger, up and coming female chefs in the industry.

In my experience, it’s the female chefs who make the time to teach and mentor their subordinates, which is so important when we think about how skill and knowledge is transferred to the next generation of chefs. The role and contribution of female chefs in this industry is key to its continued development. It’s key to opening doors and diversifying the industry. On the other hand, we cannot have discussions about the importance of women in the field without having equally important conversations around how we are still failing to close the gender pay gap. If we are contributing as much, working as hard, and raising the bar of excellence, then surely it’s time we get paid the same amount, no?

I see a very promising future for female chefs in SA. We have phenomenal chefs running great restaurants, we have chef Jess van Dyk from Protege, Nando Cardoso from Chef’s Warehouse & Canteen, Chef Charné Sampson from Epice who have all been recognised as movers and shakers in this industry.

I’m seeing strong female sous chefs coming to the forefront, and it’s very promising to see the progress we’ve made in the industry. A couple of years ago, having this many female head honchos running the show would have been unheard of. We still have a long way to go, but If we keep having conversations that matter, like closing the gender pay gap, mentoring and transferring skills to the next generation of great chefs, creating equal opportunities, then perhaps we will see a future where the having a female head chef is the norm and the South African culinary stage is a global force to be reckoned with.

If you enjoyed reading about Feni Malebye-Lutalo, make sure to check out our interviews with La Petite Colombe, Protege, Epice, Hazendal, and Tjing Tjing’s female head chefs and of course, culinary powerhouse Zola Nene. 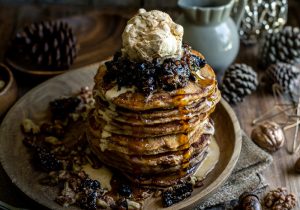 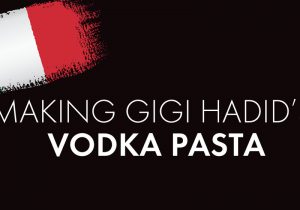 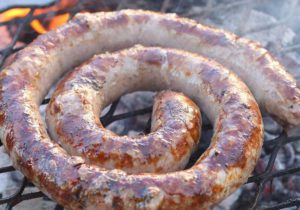 The Best Restaurants with a Sea View Cape Town

Tips for an Outdoor Christmas