The humble goat is a curious and sociable creature. Displaying fierce tenacity, they have been known to traverse mountainous slopes and even climb the odd tree to satisfy their discerning palates. It is no wonder that they have become synonymous with the Fairview name and are now a well-recognised symbol of the vineyard and cheesery.

The story of Fairview itself is also one of determination – the farm was bought by Lithuanian immigrant Cyril Back in 1937 and since then has grown in leaps and bounds (no goat puns intended) under the Back family’s guidance. 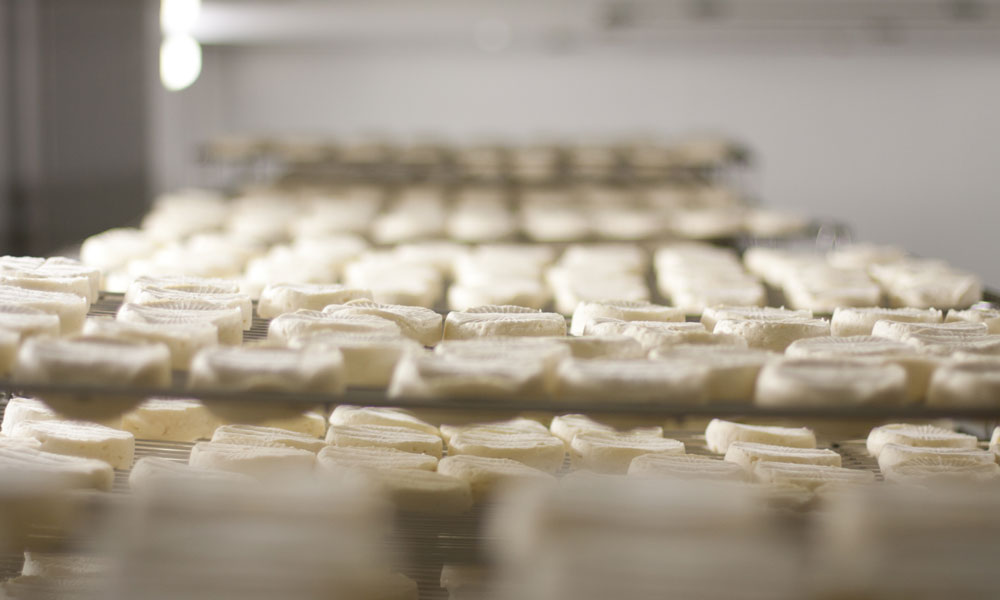 The first herd of Saanen goats arrived at Fairview in 1980 and the idea was always to start producing quality goat’s cheese. Cheesemaking however, is not as easy as it seems. After a few attempts, and some less than desirable results, the Backs called in help and soon after their cheesemaking came full circle. It was only later, in 1995, that Jersey cow’s milk cheese was introduced.

Today the Fairview range combines the two with a mix of goat’s milk cheeses, cow’s milk cheeses and some that combine the best of both.

A recent tour around the factory of Fairview revealed just how delicate the cheesemaking process is and how even the tiniest adjustment can have an unalterable effect. By looking at various different cheeses you may think that lots of ingredients are involved to produce the different flavours and textures, but the fact is that the main ingredient is simply milk. It is the addition of yeasts and cultures that make cheese what it is. 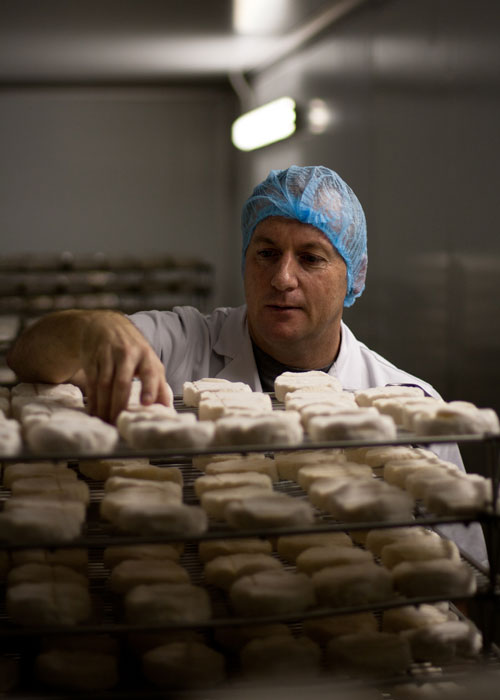 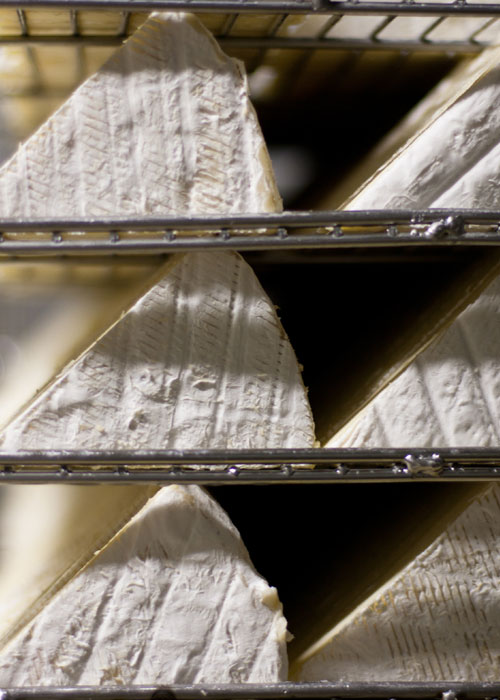 One of the most critical aspects is keeping the temperature of the milk as stable as possible throughout the process. Because milk effectively starts souring from the minute it leaves the cow, the process is extremely delicate. Fairview’s milk is sourced from one trusted partner, so the chances of it souring beyond a point where it is usable, are minimised.

There is a temperature controlled truck that delivers milk to Fairview’s doors daily, so if you see the truck driving down the N1, you can be sure that it will be carrying the makings of your next Fairview cheese. Once the milk is received it is checked for temperature, antibiotics, butterfat and protein before processing. Other than the Jersey milk that is delivered daily, Fairview also sources goats milk from the 750 doe kept at the farm. 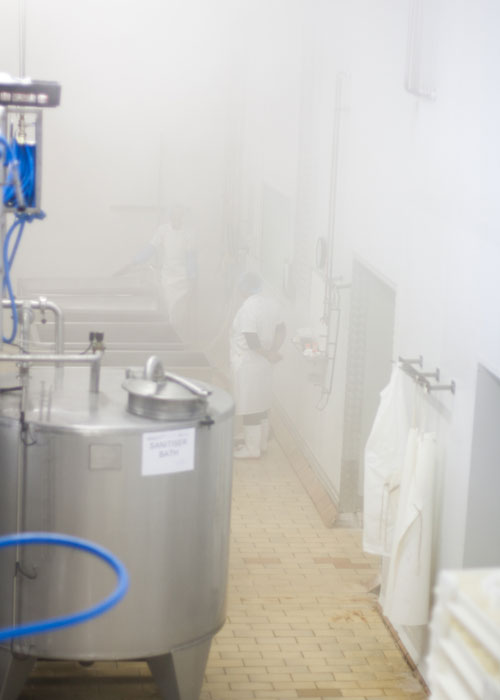 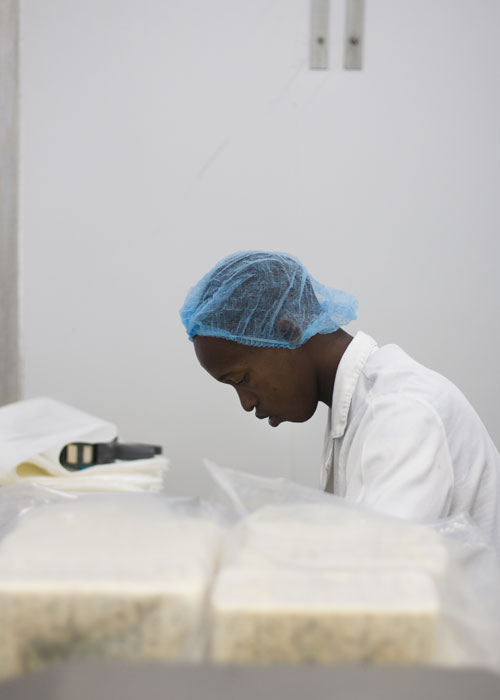 Cheese making is very much about control, the control of temperature and moisture, as well as the control of quantities and combinations of yeasts and cultures. These are added at various stages in the cheesemaking process and are continually monitored. From here the cheese mixture is poured into shape moulds where it is then turned to ensure even moisture distribution. Moulded cheeses like Brie and Camembert for example are then dry salted, or in the process of a blue-veined cheese, brined.

One of the most interesting processes is how white-rind cheeses like Brie and Camembert receive their moulded exterior. The mould growing process happens in humidity and temperature controlled rooms. In the case of a round of Camembert the entire cheese is shaped and covered in the mould. In the case of Brie, which is wedge-shaped, a larger wheel is moulded and then cut into wedges, therefore leaving some sides cut open and unmoulded. This surface area difference and varying mould coverage adds to the flavour and texture of the cheeses. 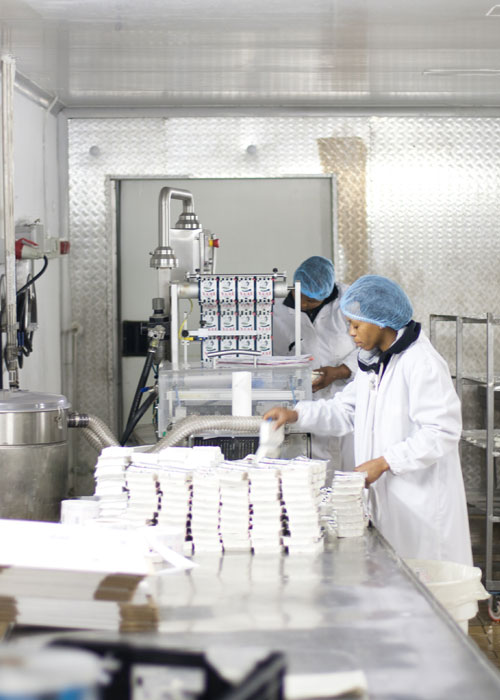 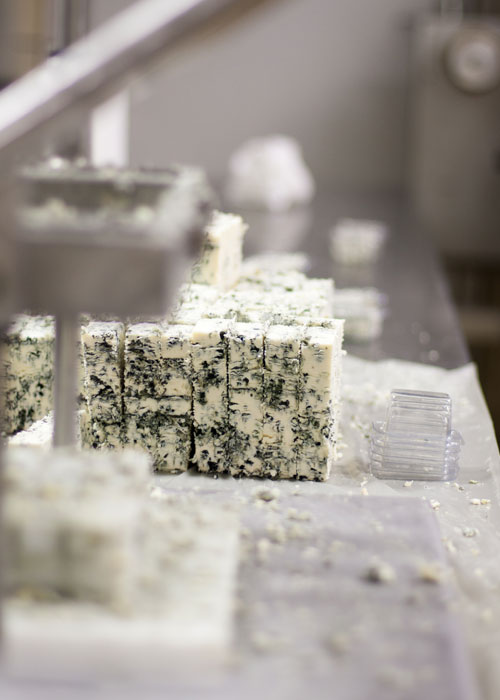 Once the mould growing process starts, the cheeses start to take on the appearance of white candyfloss. The cheeses are hand turned to ensure even mould growth and their appearance is strictly monitored. It’s hard to imagine that what resembles an old man’s beard will become a sophisticated addition to a cheeseboard. Simply compacting the ‘mouldy floss’ in the final packaging stage tames that furry covering and suddenly the cheese takes on its real appearance.

In the case of a blue-veined cheese, strains of blue mould are added to the mixture before the cheeses are shaped. A machine punctures holes into the cheese heads, which allows oxygen to get into these openings. Special cultures then expand these mechanical openings and this is where the blue veins will develop. 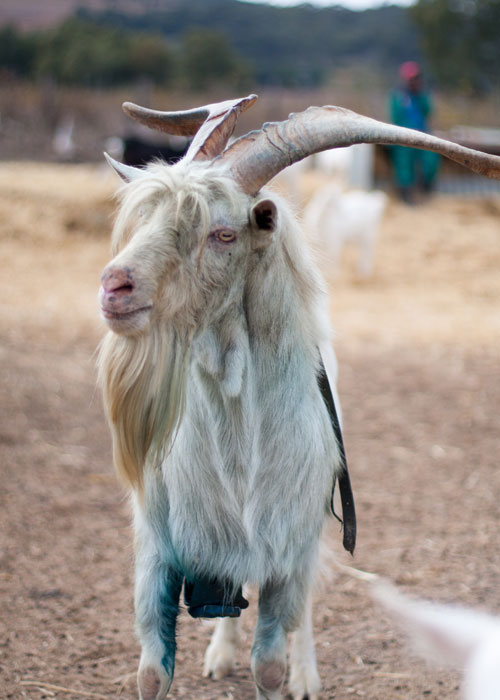 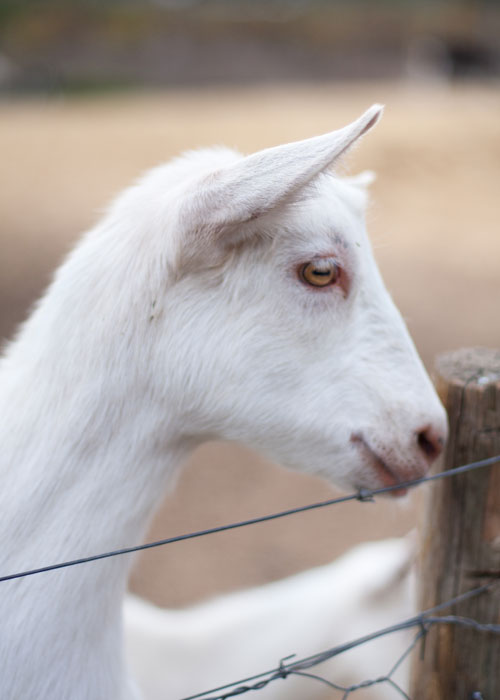 While cheese production at Fairview has increased dramatically it manages to maintain a definite human element. These artisanal cheeses have been nurtured from the very first days when Cyril and Charles Back tested recipes in their kitchen, to the range of fabulous cheese available at the Fairview deli and stores around the country.

There are few greater pleasures than enjoying a slice of ripe traditional Brie, a luscious fig and a glass of perfectly paired Viognier. Cheers to that.

Whip up something cheesy by checking out these recipes created with Fairview cheeses:

This utterly delicious crème is perfect smeared on a crisp, freshly baked flatbread.
GET THE RECIPE

Give plain chicken breasts a makeover with a creamy filling and a punchy Italian sauce.
GET THE RECIPE 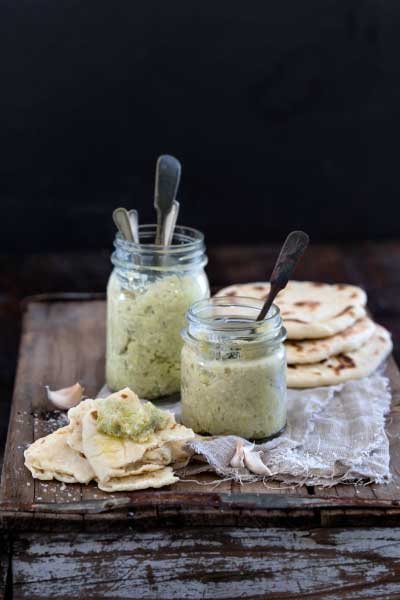 A creamy soup accompanied by a crunchy cheese ‘toastie’ – this is French flair that will warm up any winters day.
GET THE RECIPE

This open tart is packed with classic flavours and tastes heavenly when paired with a glass of Fairview.
GET THE RECIPE 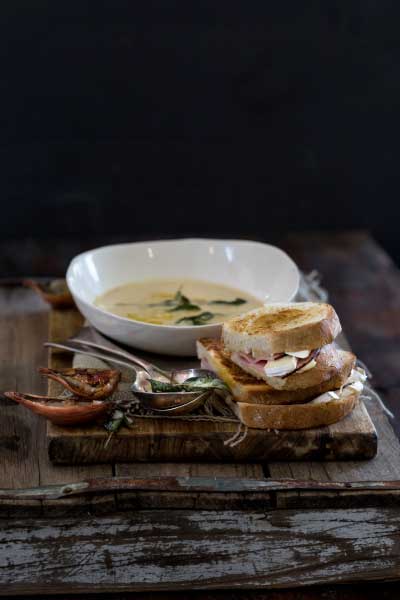 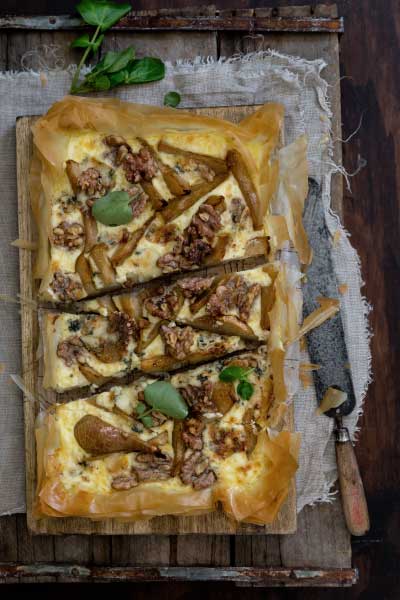