Can A Garden Save a Life? StreetScapes Shows That It Can

As busy city dwellers, the sight of people living on the street is commonplace. Sadly, most of us are quite desensitised to the plight of homelessness – we’re able to step over someone sleeping under a cardboard box or keep walking past someone wrapped up under a dirty blanket on a street corner. We’ve become so numb to the sight of poverty that we can separate ourselves from it so totally that we barely register it. Sad but true. 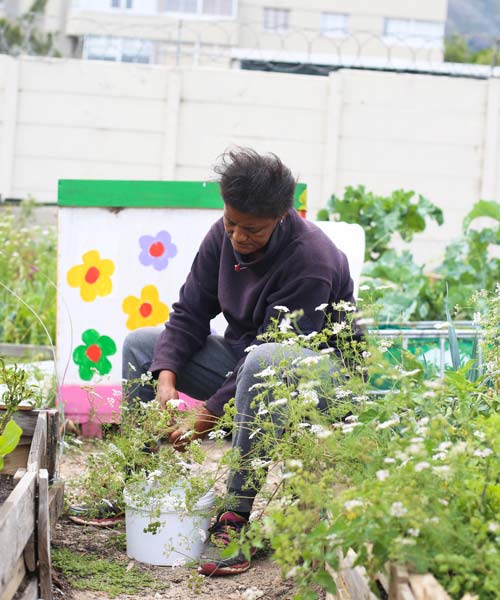 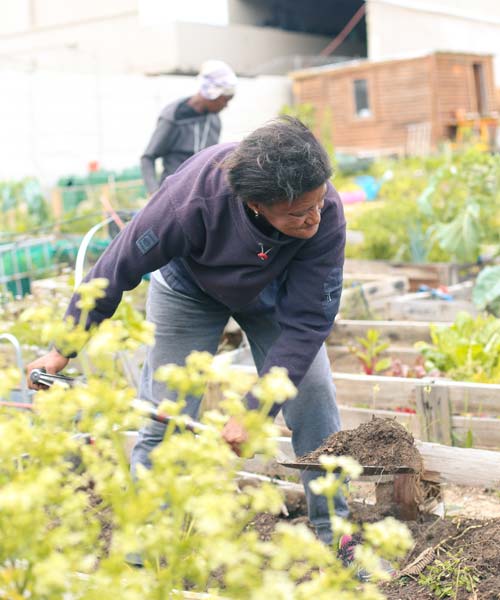 I wonder though if any of us ever give any thought to how difficult it is to remedy that situation once you are in it? When perhaps you want to work to earn a living, but don’t have access to a shower, clean clothes or things that would make one presentable enough to actually try and find work. It is a natural cycle that once you become displaced you to turn to drugs and alcohol as coping mechanisms just to get by. From there it is a downward spiral of abuse and the way out becomes increasingly more out of reach.

So often we assume that those who are living on the street are doing it because they are lazy rule breakers who don’t want to conform or be told what to do. And no doubt there is a contingent of that sort, but what about those who genuinely do want to work to earn their living?

Those who want to become a contributing member of society, but have no access to a way forward out of their current predicament. Social exclusion is a seriously harsh reality and is the starting point of the breakdown of cognitive and emotional stability that leads to antisocial behaviour.

This is a situation that StreetScapes, an arm of Khulisa Social Solutions, is aiming to remedy through gardening projects around the city. Aside from getting people off the streets, the project aims to give street dwellers a sense of purpose and place, and to do this they offer work rather than handouts. There is a great sense of self worth that comes from contributing. Self worth equals feeling valued and this in turn encourages commitment, meaning the project has long term, if not lifelong, ripple effects. 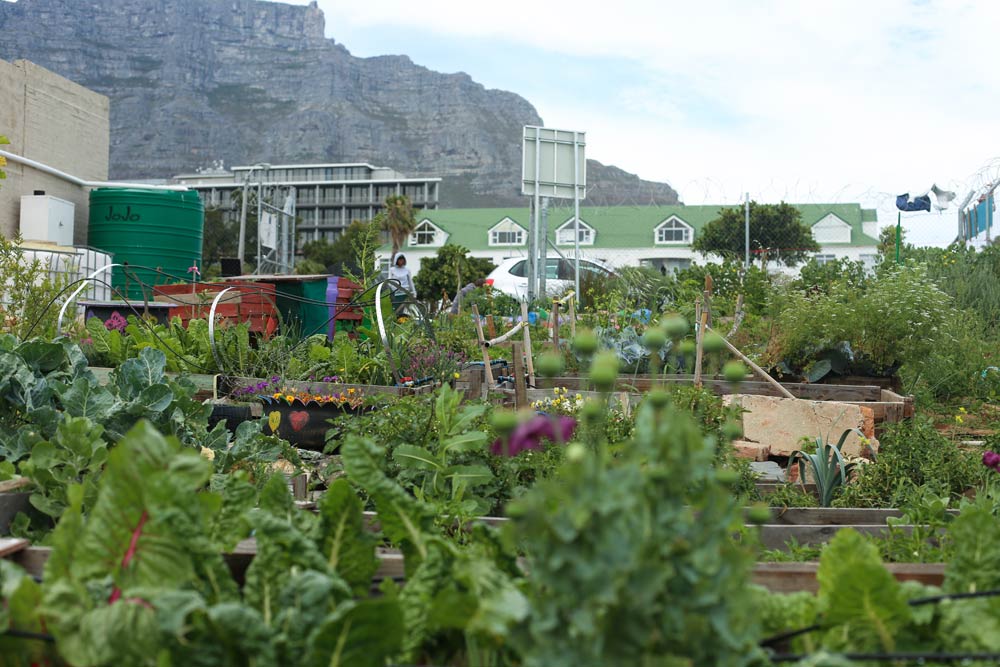 The pilot project saw 40 displaced members of the community, who were living on the street, take on the project of building the first garden, located alongside the Fruit and Veg City in Roeland Street, in Cape Town’s CBD. The city-owned piece of land had become a dumping ground and a breeding ground for criminal activity, and so it was cleared, graded and turned into a working veggie garden. Summing it up in one sentence should not detract from the 6 months of blood, sweat and tears it took from volunteers, interns and the team of engineers who gave of their time pro-bono, to make that happen. Over 260 bags of trash and 2 truckloads of rubble and boulders were removed. The ground was manually terraced and the sandy soil was heavily mulched before the first seedlings were planted. 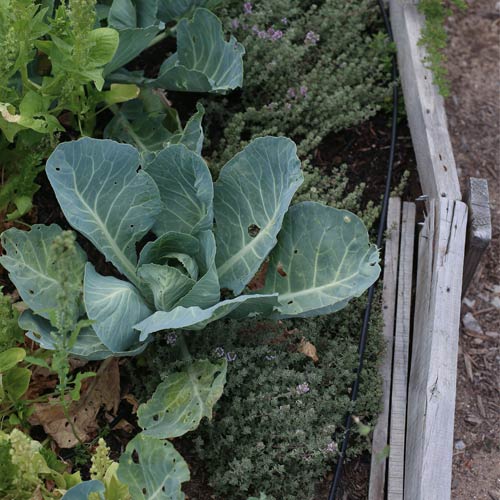 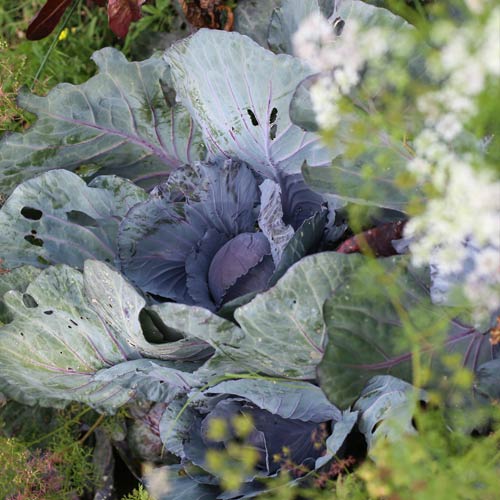 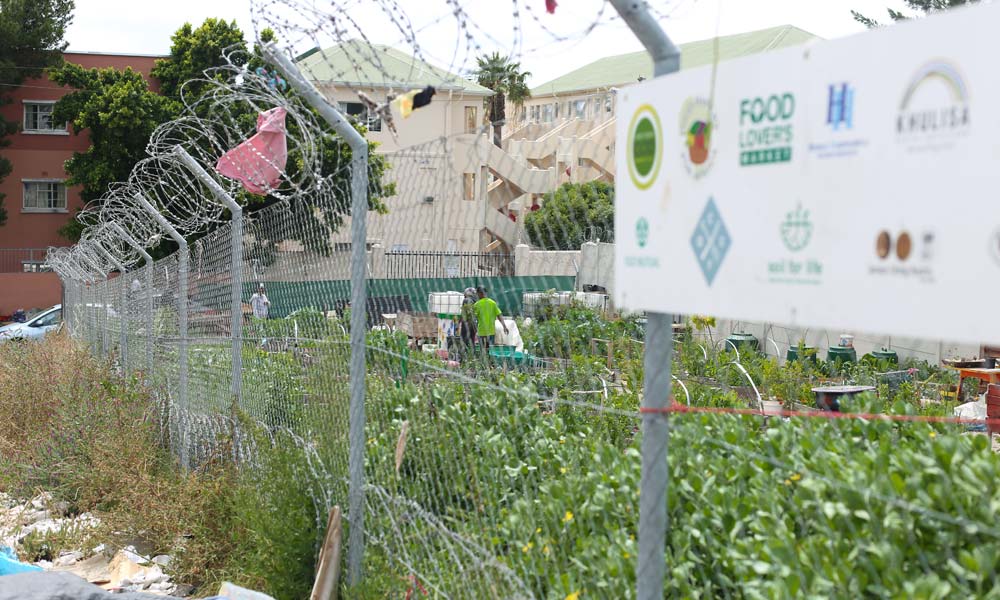 The city offered a stipend to those who committed and came every day for the 6 month duration. At the end of the project 77% had stayed, proving what project director, Jesse Laitinen, told us, “that work works”.

When we visited the garden we met Zamuxolo, who was busy cementing brightly painted rocks to form a border wall around one of the garden beds. Upon chatting to him he told us that after a break up with a previous girlfriend he found himself out on the streets and out of work. He was one of the pilot 40 who started with the project and his is one of the success stories. He has used his previous skill set of building and plastering to build garden beds and has managed to earn enough to find himself a home where he contributes to rent and food.

Lee, another person we met working in the garden, told us that the best part of the experience for him has been learning. From planting to composting to harvesting, he’s learnt a multitude of skills across the garden. 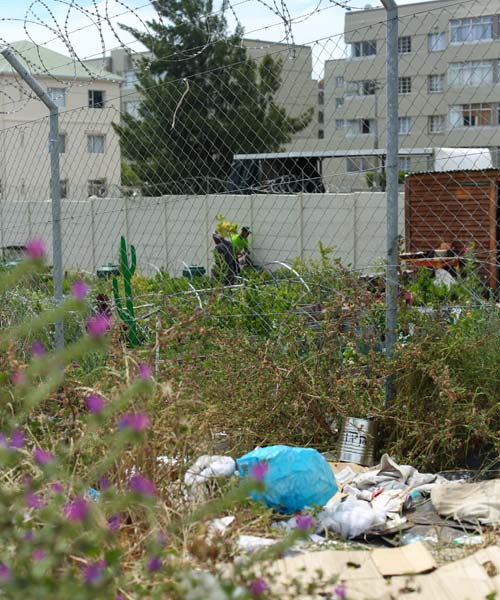 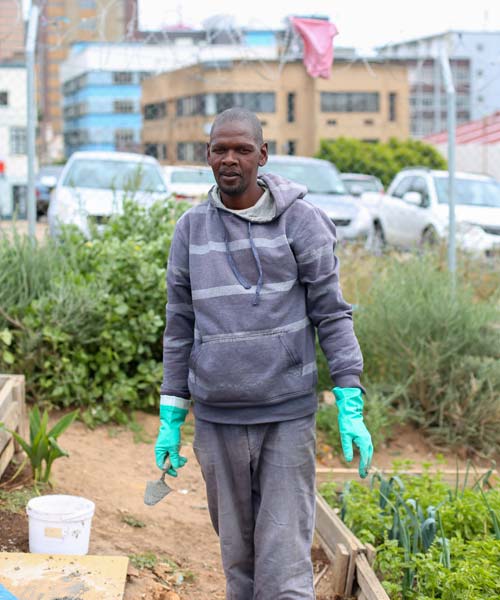 So, the question with all projects like this is the sustainability. It is all very well when the stipends are coming in and the projects are in their early stages. Enthusiasm is high and tangible change is a huge motivator. Now that the garden is built, what next?

Well, one of the best things about a garden is that it is the gift that keeps on giving. The hard work that has gone into the garden is now yielding results, in the form of fresh, just-picked organic veggies, available for Capetonians to purchase. Literally right out the garden. If you pop by and tell the team what you want, they’ll harvest it then and there for you. It simply doesn’t get any fresher than that. Prices will be hard to beat and if you’re conscious of unnecessary packaging and shopping in a more eco-conscious way, you couldn’t find a better way to do it.

As with all projects of this nature, the team behind it are always looking for ways to improve and to offer more, and this led to another idea – ‘Dignity Sandwiches’. To this end, StreetScapes have teamed up with the folks at a new Bree Street hotspot, House of H. One of the StreetScape’s garden team members expressed an interest in baking and cooking, so the idea of using produce from the garden to create sarmies was born. Theresa Solomons may be a familiar face to residents of Oranjezicht/Tamboerskloof, as she has lived on the streets in this area for many years. Theresa has been trained to bake bread, and 4 days a week she does this at the House of H kitchen. Veggies are picked from the gardens and turned into pesto’s and fillings, which are snugly held together by Theresa’s freshly baked bread. Ten dignity sandwiches are made daily and sold to businesses in the CBD. This has not only taken Theresa off the streets, but has given her a tremendous sense of value as a contributing citizen of the city. 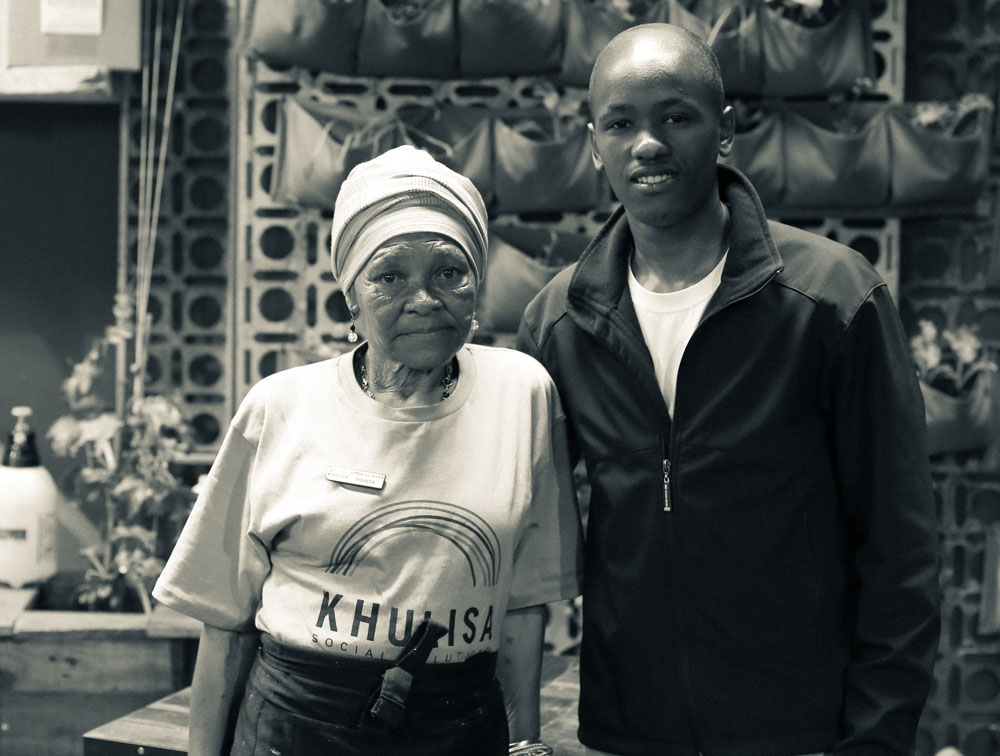 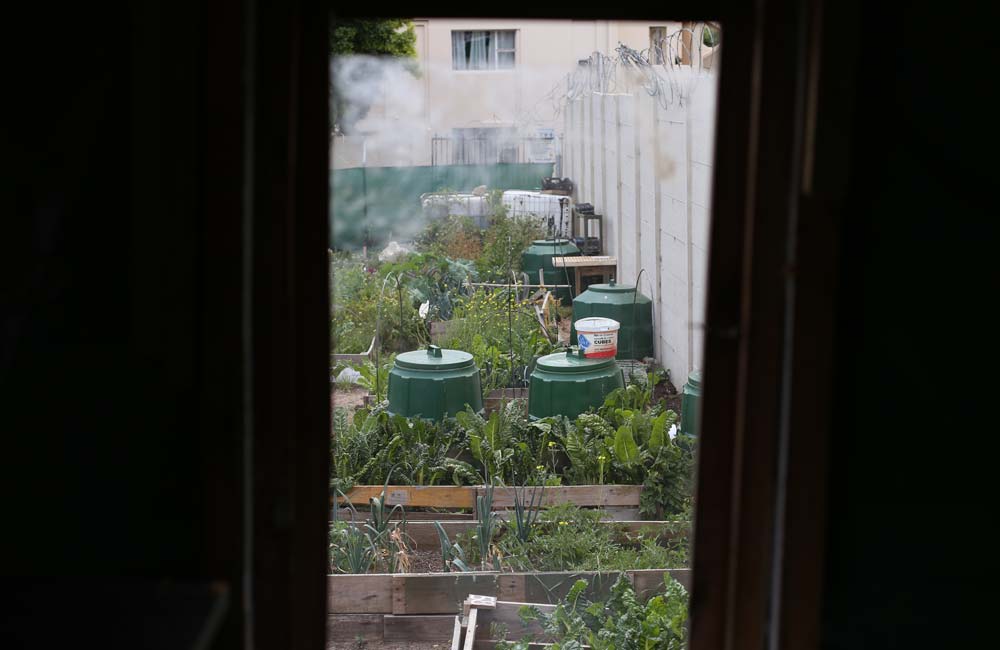 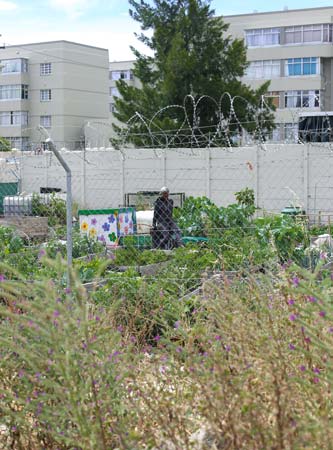 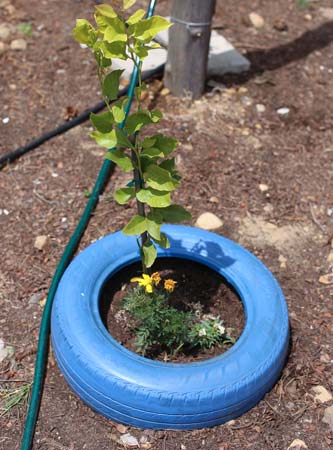 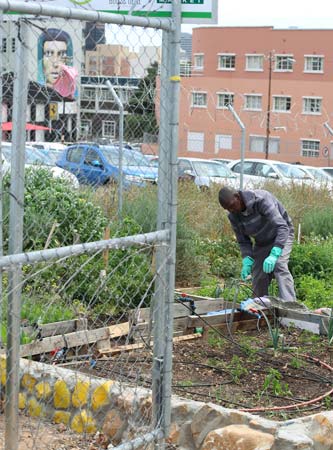 A second garden has also been planted at Trafalgar High School in Zonnebloem; it may be the oldest school in South Africa but it has an incredible team behind it with vision and a can-do attitude. Recently 100 volunteers from a local corporate spent a day converting what was unused school ground into a burgeoning veggie garden. Produce from the gardens will be sold to hotels, restaurants and businesses in the area, as well as being sold at a market at the school, which is set to become a regular calendar fixture. 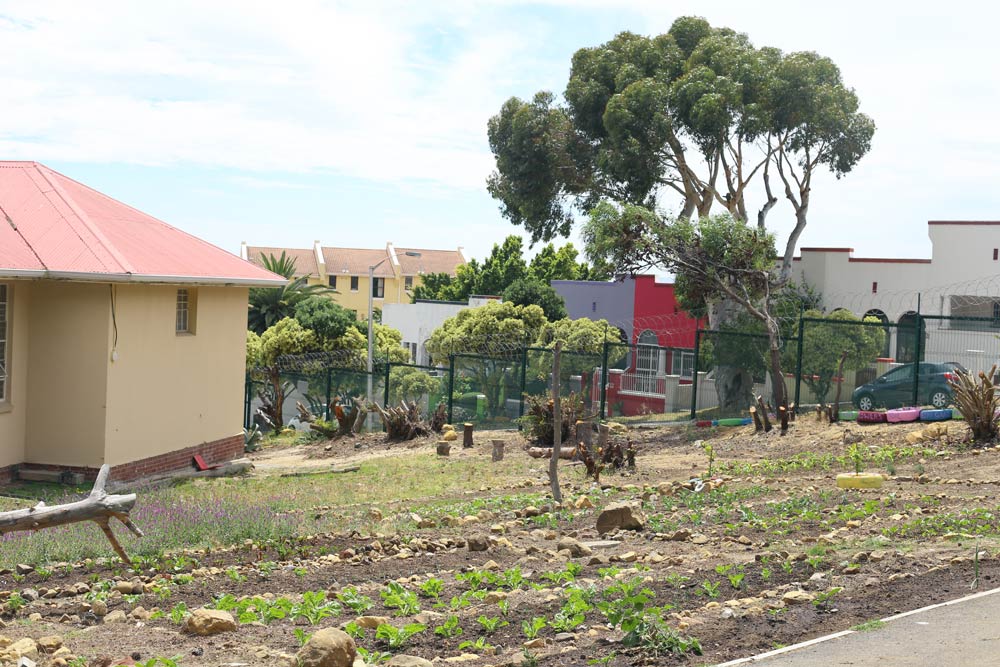 Those who have been tasked with tending this garden have been through the community court for minor crimes and are working in the garden as a diversion programme. Jesse Laitinen tells us that ‘sitting in a classroom does not shift behaviour’ but that working on something tangible and learning useful skills does.

This is just the beginning of the StreetScapes story but it’s an exciting one. Currently Cape Town alone has roughly 8000 people living on the streets. While to us they may just be dirty faces that we cross the street to avoid, to projects like StreetScapes and people like Jesse, they are members of our community. People who need a helping hand to get back on their feet, to contribute, to earn, to be able to have the basic human right of dignity.

So when next you need fresh herbs or veggies, think about stopping in at the StreetScapes garden just off Roeland Street. You’ll not only be buying freshly picked organic veggies, you’ll be contributing towards making the project sustainable as a business, which will enable it to continue to grow. The more it grows, the more people can get involved and the more lives it can help turn around.

If you work in the CBD, pop down to the Earth Fair Market on a Thursday to pick up your Dignity Sandwich, or even better, place your order by email and have it delivered directly to your office. Freshly baked bread, just-picked veggies and herbs, and a contribution to someone’s livelihood that really needs it. That’s lunch with a purpose. 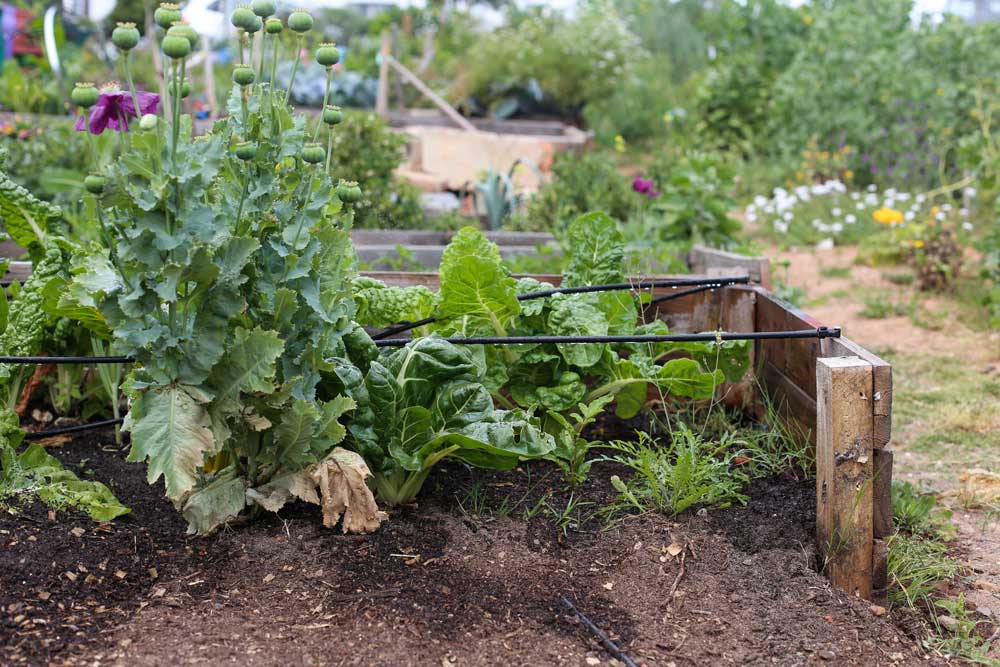