Beer Country & The Santa Anna’s at The Village Idiot

Another awesome Cape Sunday on Loop Street, and the stairs up to our local braai balcony were just that little bit steeper than usual. Now, that could have been due to a certain birthday party and a good few laughs around the fire-pit well past midnight, or perhaps it was the kegs full of delicious beer we were carrying. Either way, it was so worth it because today we were the bartenders and it was our turn to pour. We had English Pale Ale from Fraser’s Folly, Original Oak-Aged Ale from Innis & Gunn, and drum roll please, we were launching our very own collab brew with Fraser – Dark Continent Moerkoffie Condensed Milk Stout. We know it’s a mouthful, but so is the beer and a little moerkoffie was the perfect way to jumpstart the day. 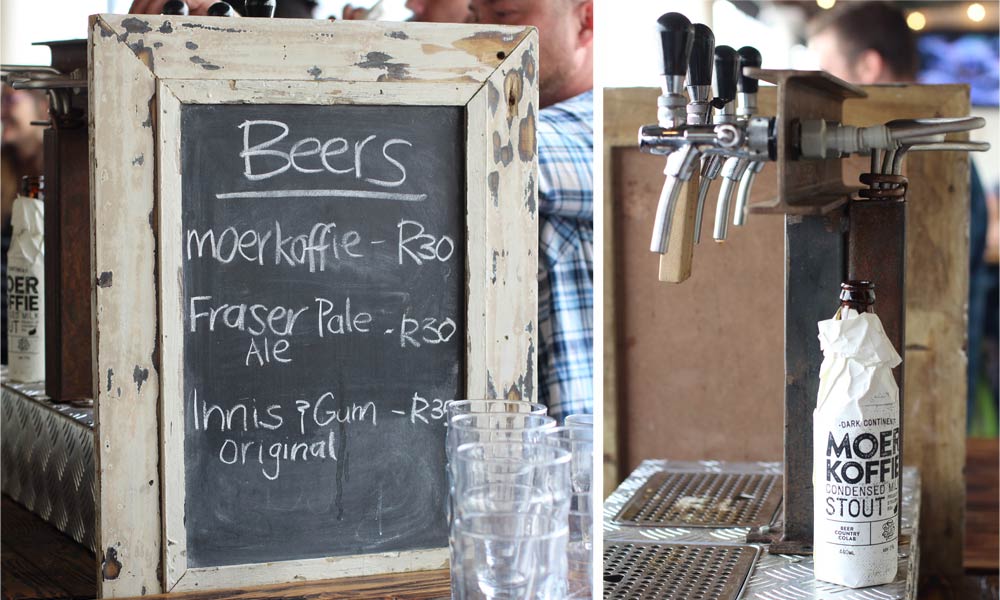 We have to say, setting up was tough when the air was full of smoke, fire, and sweet-sticky sauce dripping on the coals. Delicious chow was already in the works and our good mates, the Santa Annas, were manning the braai. Piet and Frik love fire more than most, and they were serving up a terrific and tasty trio of tacos (try saying that three times as fast).

They must have heard our belly-protests and hauled out a few bags of their 100% local and lekka corn nachos with a top selection of fresh and spicy dips and salsas.

Now we ain’t sure if beer and nachos constitute a healthy breakfast, but hey, this is The Village Idiot – no judgies.

The not-so-subtle chilli hit kicked our taste buds into high gear, greased the elbows and the beer started flowing. First up was Fraser’s English Pale Ale. This traditional ale is jam-packed with English malty goodness and is absolute proof that lighter beer does not mean lighter flavour. It’s definitely malt-forward with a spicy kick and slightly sweet marmalade snout. At 3,8% this is a beer you can drink for days. Judging by the reactions it is going to be a Struisbaai smash this summer and was the perfect pairing for our first taco – fresh crumbed hake with Sriracha mayo. 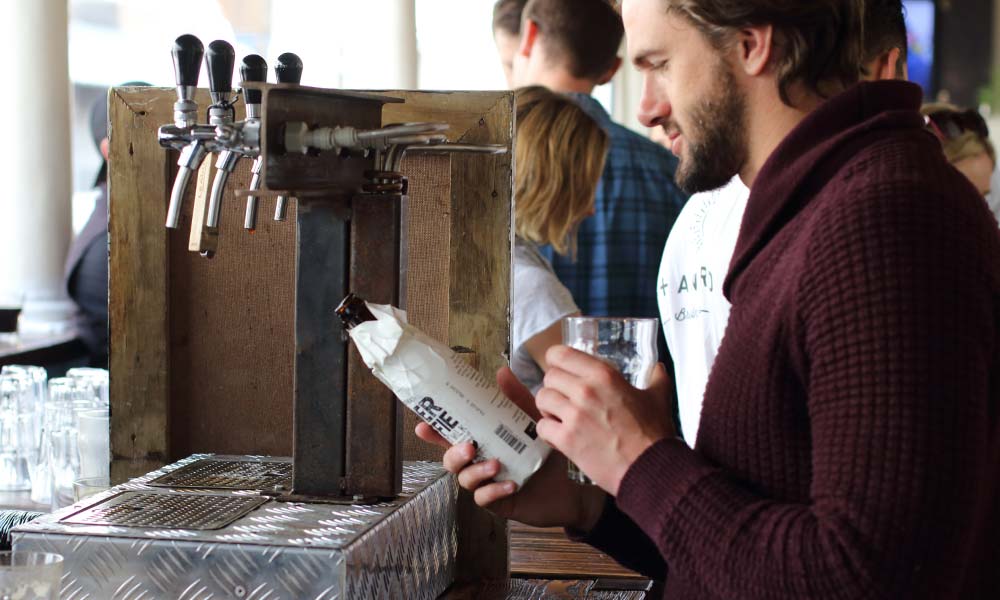 The Santa Anna’s stick with the old idea of great ingredients, cooked to a turn, with a twist. Before you could yell “stywe lyne” the juicy hake with the crispy crumb was history and being washed down with a magic blend of barley, hops, water, and yeast – yip, that’s beer.

Next the Annas served up some pork carnitas and between you and me this was not for the faint-hearted with some solid spice and a serious bite. It needed a big beer to stand up to it and really compliment the caramelised fire-flavours. Luckily, we had just the answer. 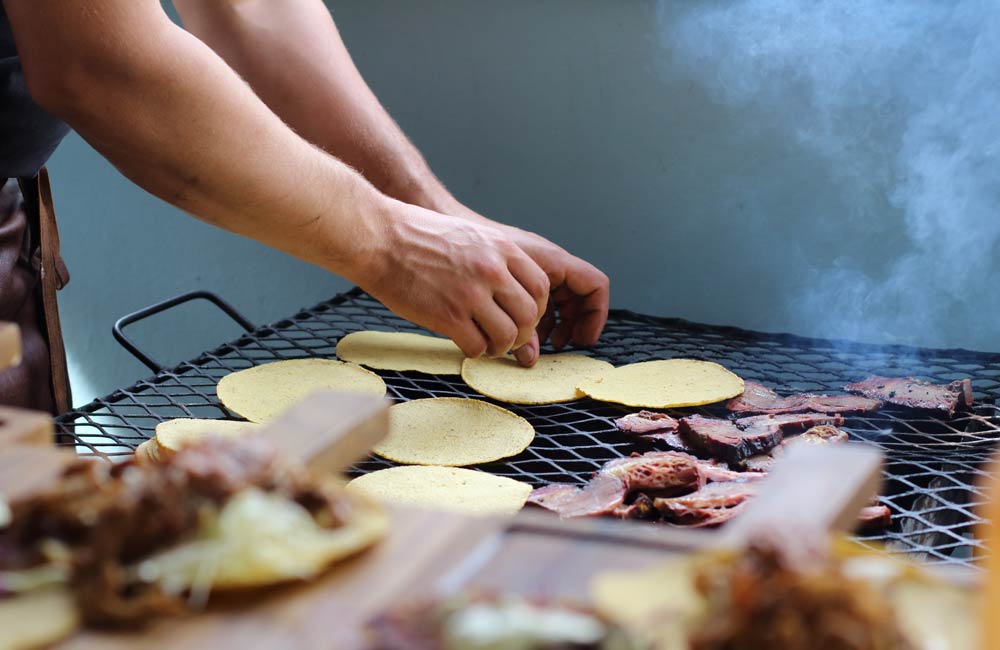 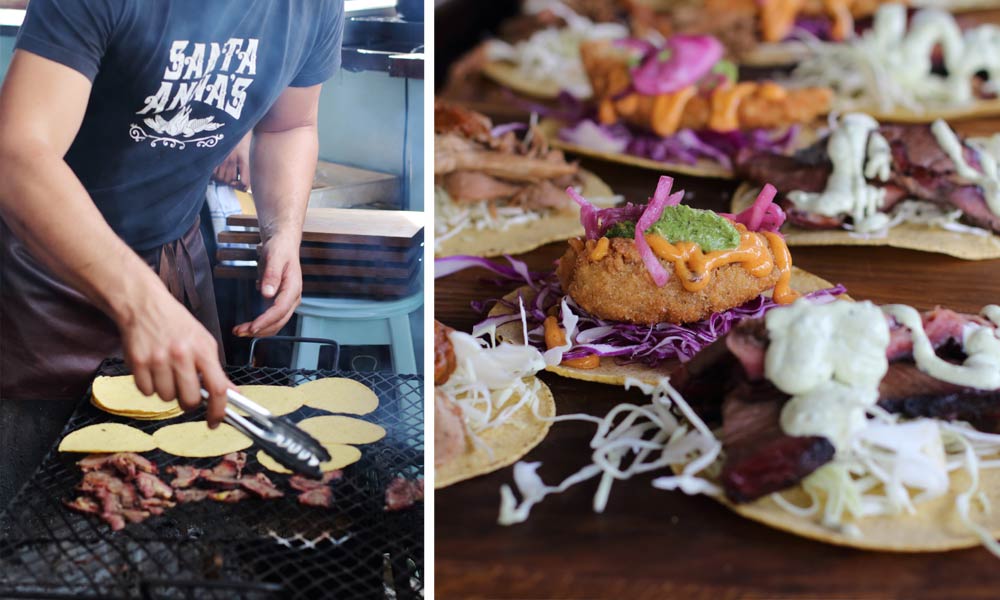 Innis & Gunn Oak-Aged Original Ale is a Scottish ale that has been aged for seventy-seven days in oak barrels and matured with Bourbon-infused heartwood. It is a phenomenal beer in a bottle, but today we were seriously lucky to have it on tap. If you ever get the chance, just tell the bartender to take your money and pour – it’s a real treat. There is nothing subtle about the vanilla and oak on the nose and the pronounced malt sweetness balances perfectly with a mellow hop bitterness. At 6.6% ABV, good balance is definitely what you are after, trust us on this one. 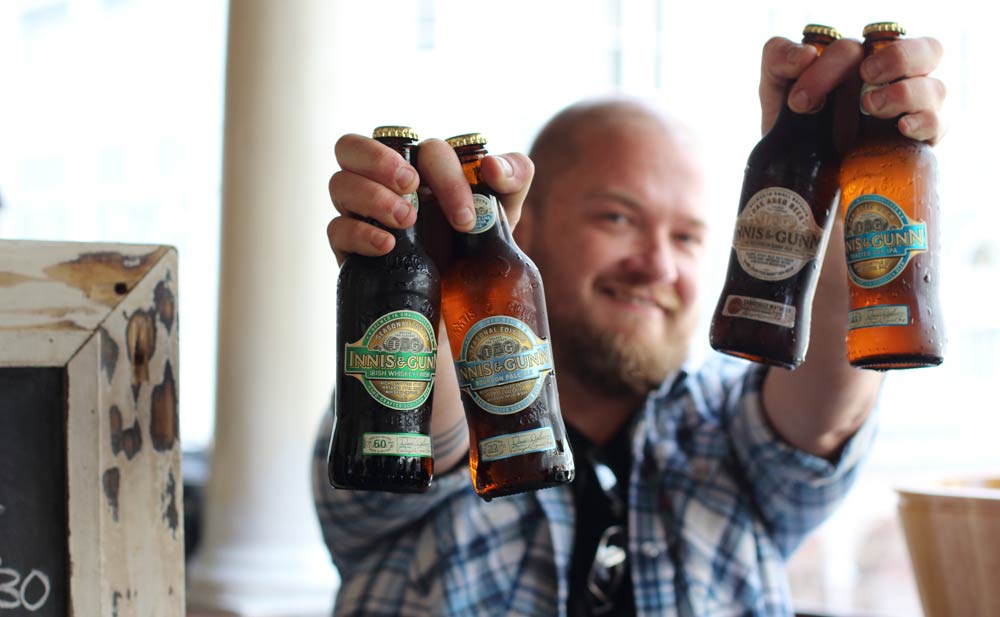 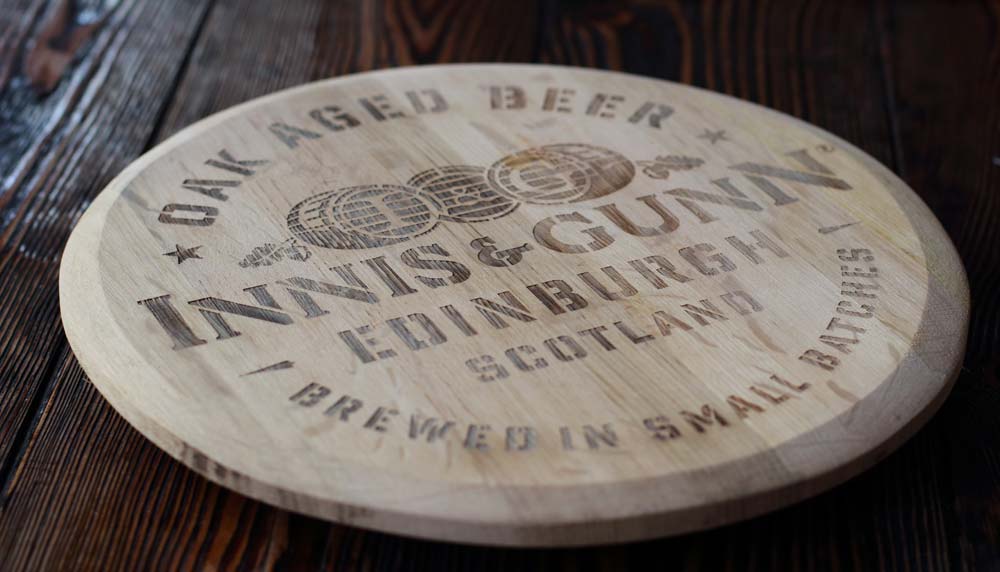 This beer, no wait, the whole Innis & Gunn range, are perfect food beers especially when there is fire involved. The depth and crafted complexity that oak-ageing brings to the party is top notch. Amazing then that these brews are all the result of a very happy mistake. Ask us about it next time – we love telling the story.

It was then time to embrace the power of the dark side – it was time for our Moerkoffie Stout.

We had gone from drinking the beers, to pouring the beers, to having people drinking and commenting on our beer – and we had the hoppy-butterflies to match. The first pint was a little hazy, but seconds later what followed was a dark waterfall of coffee, stout and first-time parental pride. Our baby was all grown up. We had chosen our coffee carefully and it was bang on thanks to Beaver Creek. Big and roasty on the nose with a slight condensed milk sweetness. The taste was all coffee and smokey dark malt, with a little tannin and a dry, bitter finish that was part coffee, part beer. Spot on! The Anna’s had saved something special for this course – their signature smoked BBQ brisket. Oh yes. 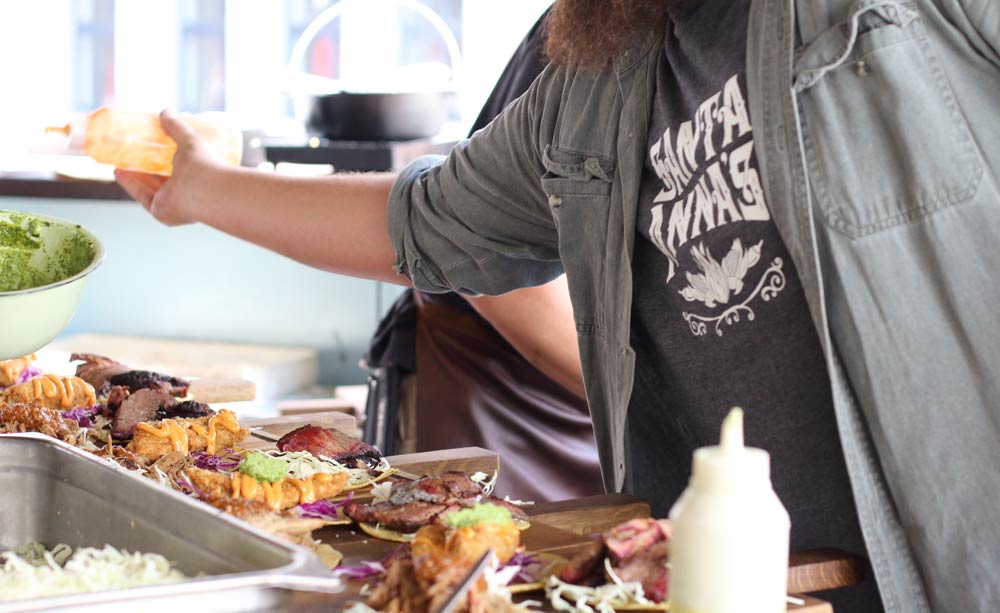 The sound of Loki Rothman and Albert Frost warming up for their acoustic set signalled that it was time to close shop – and that it was fifteen minutes till happy hour, perfect timing. We ain’t gonna lie, we had been more than happy the whole day pouring these great beers, smelling and tasting some epic chow and spending time with some of our favourite people at one of our favourite places. Another big win for the Village Idiot Braai Colab Series. Till next time…