Everything You Need to Know About Poke + A Poke Bowl Recipe

Poke (pronounced poke-keh, by the way, not poke-ay) (also called a poke bowl when rice and other additions are added) is nothing short of a national culinary treasure in Hawaii. The Central Pacific island’s cuisine is a wondrous story, rich in different cultures and foods.

It is believed that prior to the Polynesian voyagers arriving in Hawaii between 300 and 500 AD, there were no edible plants on the island. The settlers reportedly brought with them roughly 30 plants, all of which helped shaped the nation’s cuisine as we know it today.

One thing the Polynesians did find lots of was fresh fish. Hence, the Hawaiian diet has always featured a lot of fish. 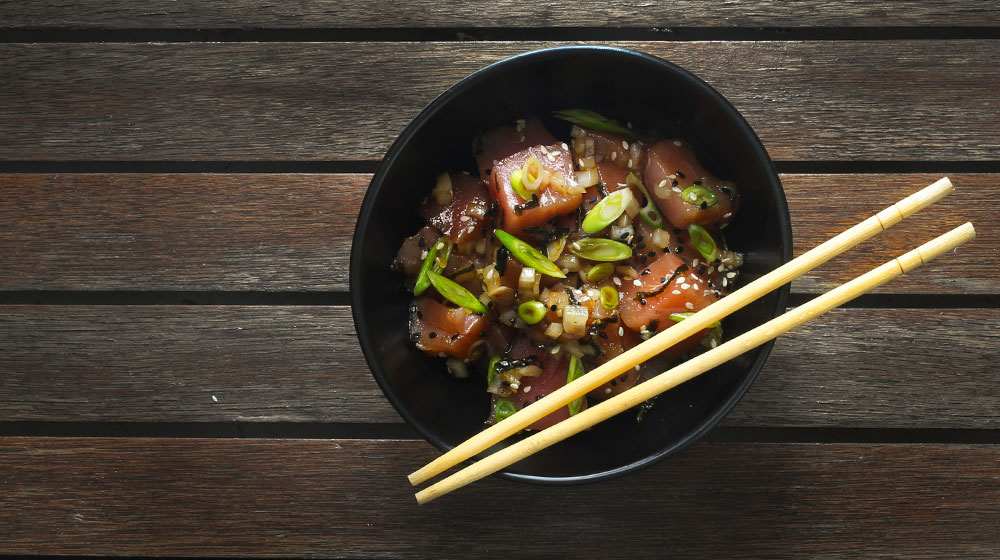 Fast forward to the early 1800s

Pineapples and sugarcane become the island’s most important crops, and immigrant workers were hired from Japan, Korea, China, The Philippines, Puerto Rico and Portugal to work on them. Each of these workers brought their food heritage with them, and over time these flavours have found their way into classic Hawaiian cuisine.

The Portuguese brought pork, chillies and tomatoes, the Chinese brought sweet and sour flavours and the Japanese brought bento (a single portion meal packed in a box with rice and often fish) as well as the concept of sashimi.

As with most modern day cultures, the influences that diversity has on a nation’s cuisine is clear, and Hawaii is no different. Just looking at a poke bowl, it’s clear to see that the dish is the perfect amalgamation of Hawaii’s rich culturally diverse history.

If you speak to a Hawaiian person, they will describe poke as being the food of their youth. Like Western kids and their tuna mayo sandwiches, kids in Hawaii grew up eating poke. 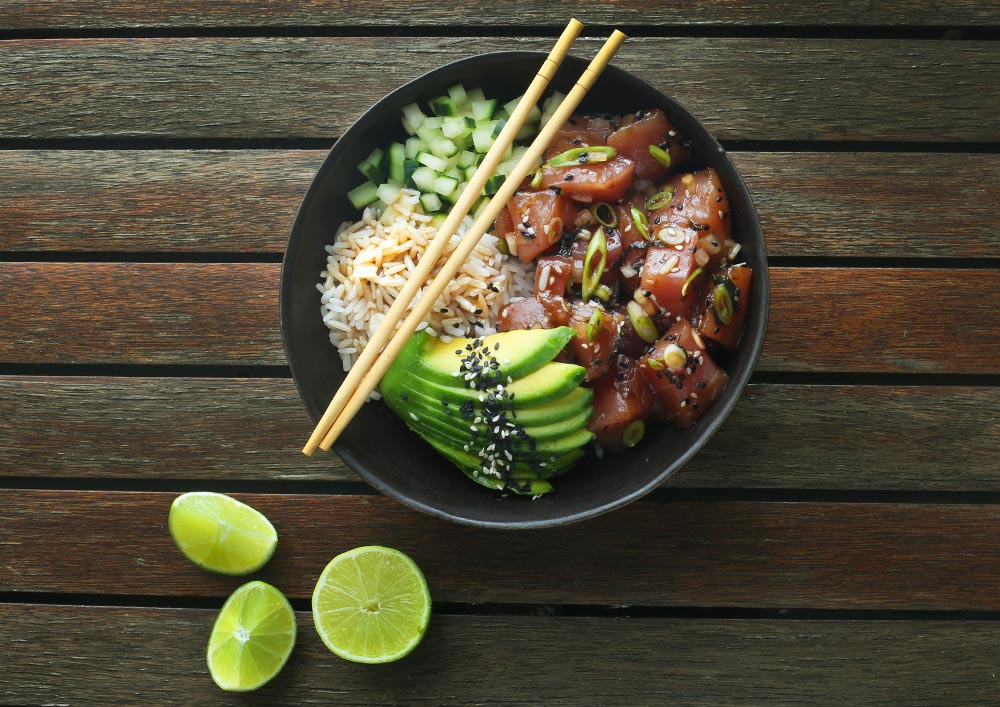 So, what is a Hawaiian Poke Bowl exactly?

Well, simply put, it’s cubed fresh tuna dressed in a mix of soy sauce and sesame oil, with onions, sesame and spring onions. That’s it. It has become exceedingly popular recently, possibly because it’s damn tasty and has all the flair of sashimi, with none of the fuss. Variations on it will include some rice, to make it a complete meal, which is known as a poke bowl.

Other optional, but not necessarily traditional add-ins, include avocado, cucumber, jalapeños and edamame beans. The word ‘poke’ roughly translates to ‘chop’ or ‘cut-crosswise’, so in theory, any fish that’s cubed could be considered poke, but it may not be 100% classic.

Is the Poke Bowl Just a Trend?

The poke trend swept through the United States in 2016, with a number of restaurants opening up devoted to the dish. In South Africa, we’ve slowly started to see poke pop up and we think it’s here to stay. We have access to great seafood and we love healthy and tasty ways to eat it and a poke bowl ticks all the boxes. Being that it is a very traditional Hawaiian dish and not just a passing fad, we know it has staying power.

Where to get a Poke Bowl in Cape Town

The Poke Co. at 90 Loop Street is offering a sit-down menu at their cute spot, or takeaway options for people to indulge on the beach, or wherever the moment grabs you.

Hokey Pokey in Church Street has a fabulous menu of choices and you can build your own. They’re also at the Mojo Market at 30 Regent Road, Sea Point and at the V&A Market.

Our favourite way to enjoy it, though, is homemade. So make sure you find the freshest tuna available and follow our simple Poke Bowl recipe to throw together your own. Beach optional. Beer compulsory.

Poke? Poké? Pokay? Despite popular belief that poke is spelt poké, it’s not. The accent was believed to be added by westerners who wanted to encourage diners to pronounce the word correctly. Poke is just poke.

Not sure what fish to buy? See our fish buying guide for South Africa. Love fish? Then you’ll love these easy and healthy fish recipes.