Spicy food, although delicious to some, is painful to eat. It makes you sweat, gives you a runny nose, your tongue sometimes loses feeling –  it can be a wholly unpleasant experience yet we continue to eat spicy dishes and some of us even seek them out. Humans are actually the only mammals who actively seek out food that causes irritation or pain. Seems a bit counter-productive, no?

We thought it important to do some research on why spicy food is spicy and, more importantly, why humans are drawn to setting their mouths on fire from time to time. 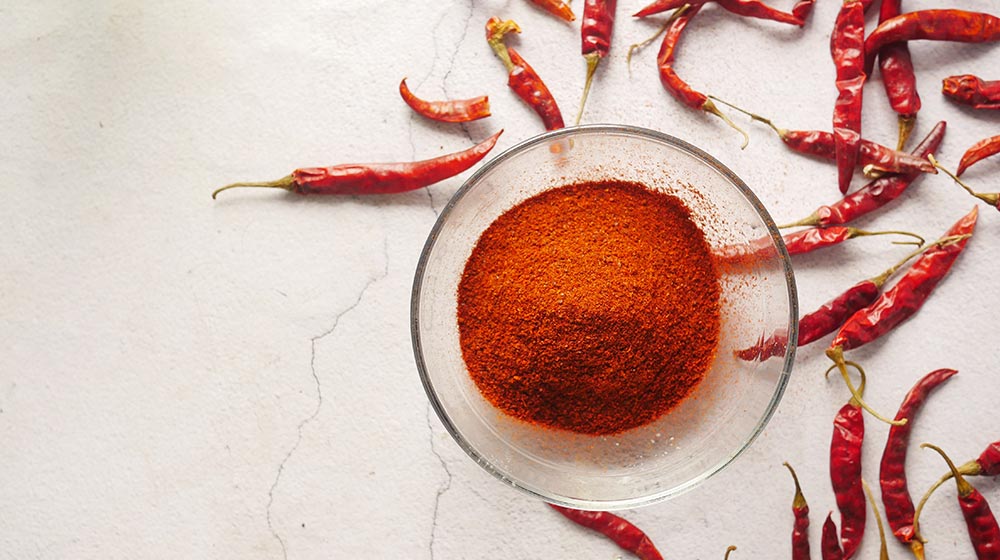 Why is Spicy food Spicy?

For the purpose of this article, when we say spice, we mean spice from chillies. Most spicy food’s fundamental ingredient is chilli, whether it be in a curry paste, chilli paste or just a straight up chilli.

Spicy food produces a burning sensation in your mouth and this is because chillis have a way of tricking the brain into thinking it has touched something very hot. This is due to the chemical capsaicin, which activates nerve receptors in the tongue that detect noxious heat. These receptors send signals to the brain and the brain reacts by producing excess saliva in your mouth and makes your nose and eyes run too. The capsaicin is detected as a threat and the brain is responding by trying to wash it out – clever brain! 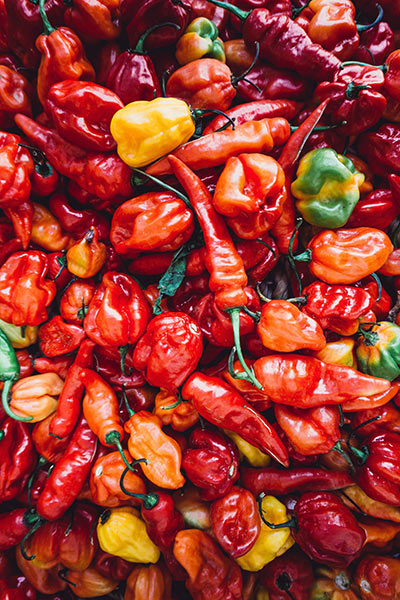 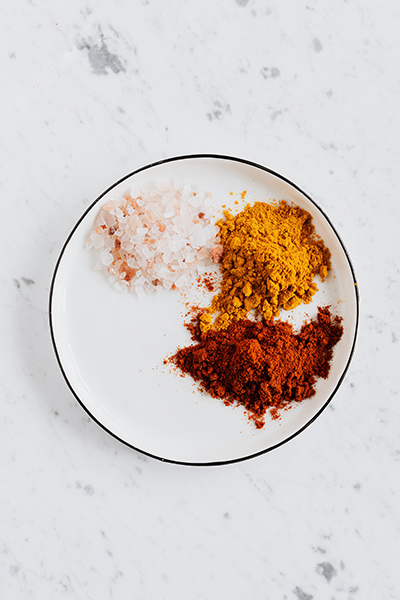 There are different levels of spice and the accepted unit of measurement is the Scoville Scale, which ranges from 0 (the bell pepper) to 16 000 000 (pure capsaicin).

The hottest chilli pepper on the Scoville Scale is aptly named the Carolina Reaper. Stay far away.

So…why do we eat spicy food?

We’ve established that spice = pain for the brain, so why do we willingly subject ourselves to painful experiences? Seems strange since, through evolution, we’ve evolved through self preservation. There are various theories, but scientists are still relatively unsure why humans were drawn to chilli and spice in the first place. 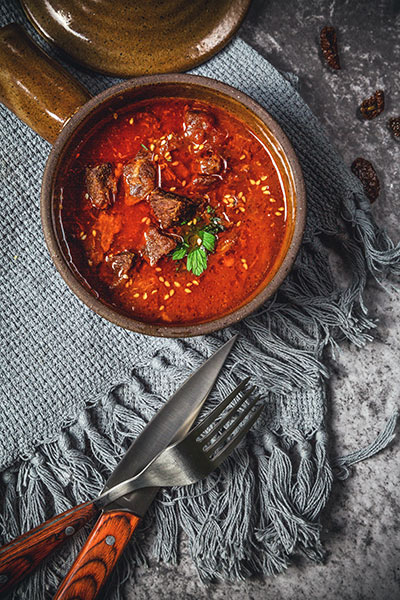 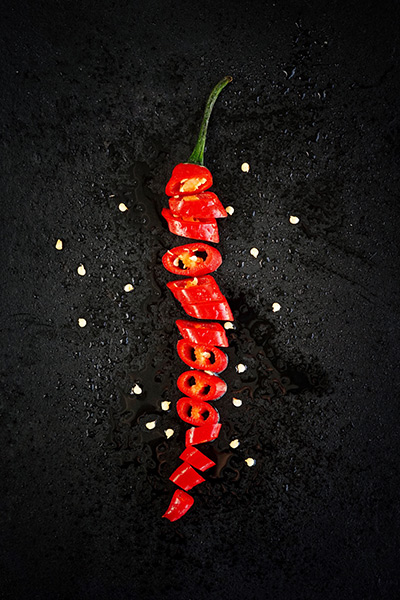 Although spicy food is reacted to as a threat, it’s not actually harmful to us. Spicy foods are known to have antibacterial and antifungal properties, leading some scientists to believe that humans have genetically evolved to cope with the painful side effects in order to reap the health benefits.

Spicy food is also more popular in countries with warmer climates, like India and Mexico. This has led scientists to believe that spice was incorporated into cuisine not because of flavour, but rather because it was used as a preservative and way of making sure foods didn’t have any bacteria. Over generations, people got used to the heat and it’s become a staple in many countries’ cuisines. 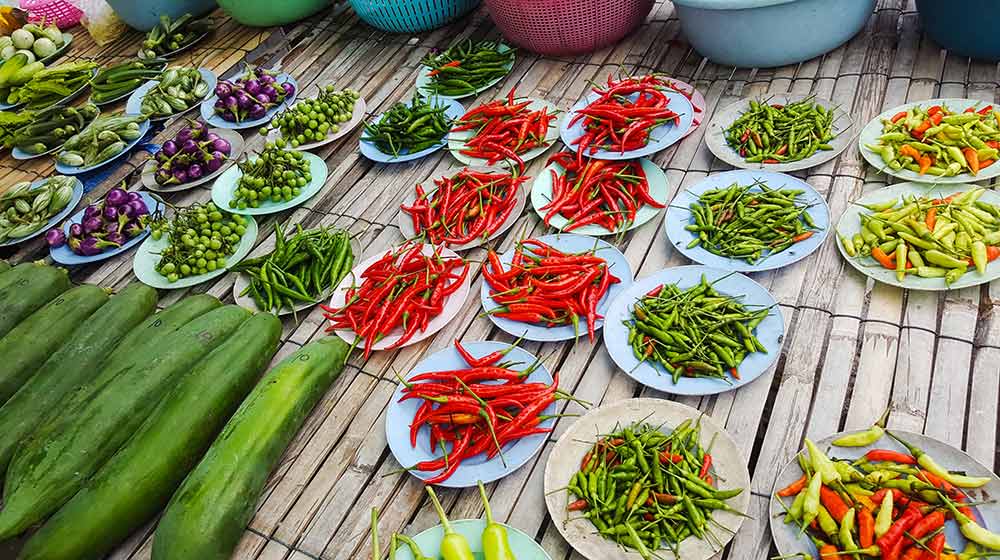 Spicy foods produce a mild adrenaline rush and some people like to test themselves by seeing how much spice they can handle — it apparently makes them feel ‘alive’. Remember the ‘fire noodle challenge’ on Youtube? Spice seekers the world over took part in a Youtube challenge where they filmed themselves eating South Korean instant buldak ramen. Apparently no one was harmed during the challenge, but there were many tears.

Humans are wont to engage in activities that are seemingly very dangerous. Think about bungee jumping, skydiving or even roller coasters. These activities are not particularly enjoyable in and of themselves, because the brain basically thinks it’s about to die… but apparently it’s all about the ‘rush’.

Spicy food has become part of global cuisine and most people are able to tolerate a basic level of heat. Often a bit of chilli here and there can really enhance the flavours of a dish, like a chilli oil on pizza. Spice also helps cut through the richness of high-fat dishes as well. Think of curries — they usually have a high fat content because of  coconut milk and ghee, but spices cut through fattiness and make them more palatable and flavourful.

Looking to add some spice to your meals? Try out our favourite spicy recipes.