The south of France is one of those places that makes people sigh wistfully at the mere mention of the name, conjuring up visions of white pebble beaches, rocky coves lined with pine trees, and the aquamarine Mediterranean sea.  Most tourists fly into Nice airport and spend much of their time hugging the coast, exploring places like Cannes, Antibes or Marseilles but if you are willing to get off your sun-lounger for a while and head inland to the Vaucluse region in northern Provence, you will find that there is far more to love about the area than beaches.  The Vaucluse is home to an astonishing array of fine food and wine, as well as breathtakingly beautiful villages – here are some of my favourites:

Menèrbes is the picturesque village where Peter Mayle’s A Year in Provence was written. Narrow cobbled streets are lined with tiny artisan shops and impossibly beautiful weathered ochre walls are punctuated with pale blue and green shutters. After a wander through the lower village, walk to the 17th century former mayor’s office, now the Maison de le Truffe et du Vin for a tasting of local wine and a truffle-tastic lunch with a view. 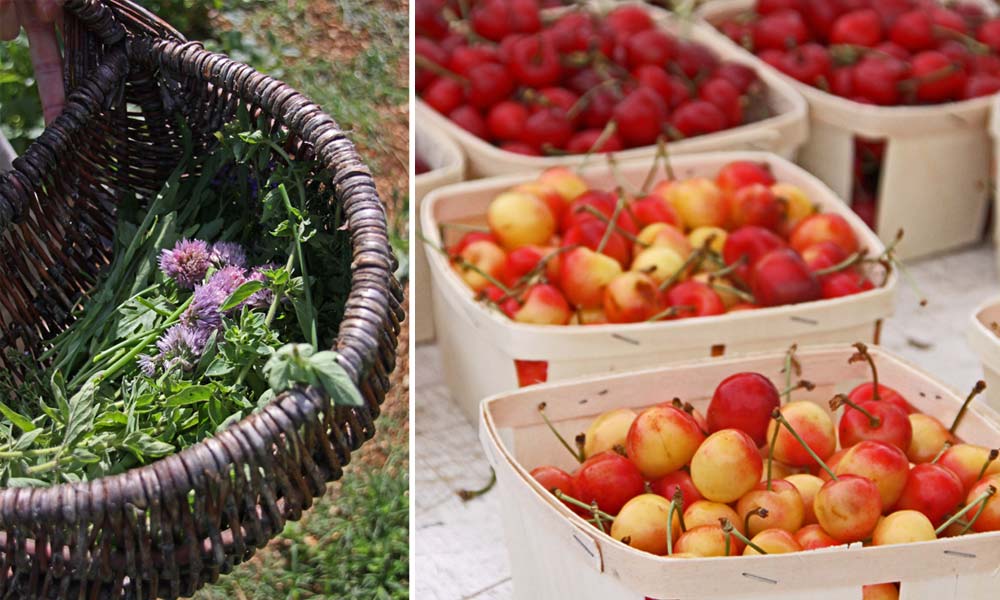 Coustellet was the first village in the region to establish a weekly farmers’ market which now takes place every Sunday morning from April to December. Approximately 80 producers sell their wares here, and all of the produce must be grown/produced within a tight radius of Coustellet and sold by the producers themselves. Stock up on fresh produce, fish, herbs, spices, cheese, organic breads, rotisserie chickens, local fruit juices, olives and wines.

Rousillon is another beautiful village which has the unique advantage of being built on a spectacular red cliff made from one of the largest natural ochre deposits in the world.  Take a walk along the Sentier des Ocres (a walking trail resembling a mini Grand Canyon) to appreciate the beauty of the ochre cliffs, or visit the Conservatoire des Ochres to learn about the area’s rich history. 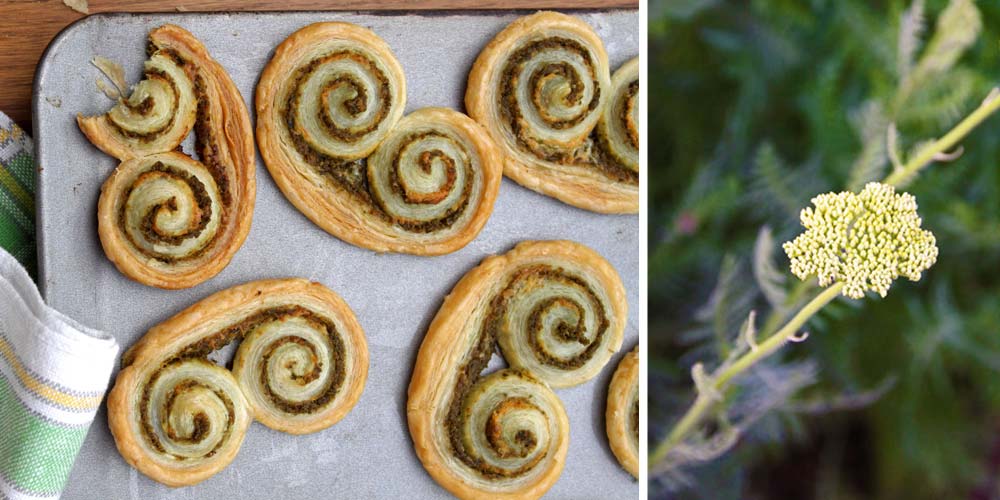 One of the main attractions of the Vaucluse is, of course, the food.  While there are many excellent restaurants throughout the region, there are also various cooking courses available to suit every taste and budget – here are two which I tried.

The cooking packages offered by Edouard Loubet, the chef and owner at Bastide de Capelongue, are ideal for those wanting to see behind the scenes in a Michelin-starred French kitchen.  This hotel and Loubet’s eponymous 2 Michelin-starred restaurant are situated in Bonnieux in a beautifully restored, stone farmhouse, set among fields of lavender and a huge kitchen garden.  Start the day with coffee and a croissant before joining the kitchen team for a tour of the kitchen garden, learning about, and picking, the herbs you’ll be cooking with later. From there, you return to the kitchen where you will assist with preparing your own gourmet lunch, under the chef’s supervision, learning tips and tricks as you go. The experience finishes with drinks, canapés and a 5 course lunch which you helped to prepare.

For a totally different experience, try the wild food cooking course at Les Aventurières de Goût in Brantes, a tiny village of less that 100 residents, perched on the edge of a valley in the shadow of Mont Ventoux. Here you will meet Odile for a 3-hour workshop, starting with a walk through the village and the surrounding countryside.  Depending on the season, you will learn about the edible plants and flowers and get to work picking ingredients for your lunch. Back in Odile’s rustic kitchen, she will teach you how to turn these into a vegetarian feast, to be enjoyed with a glass of wine on her sunny terrace. 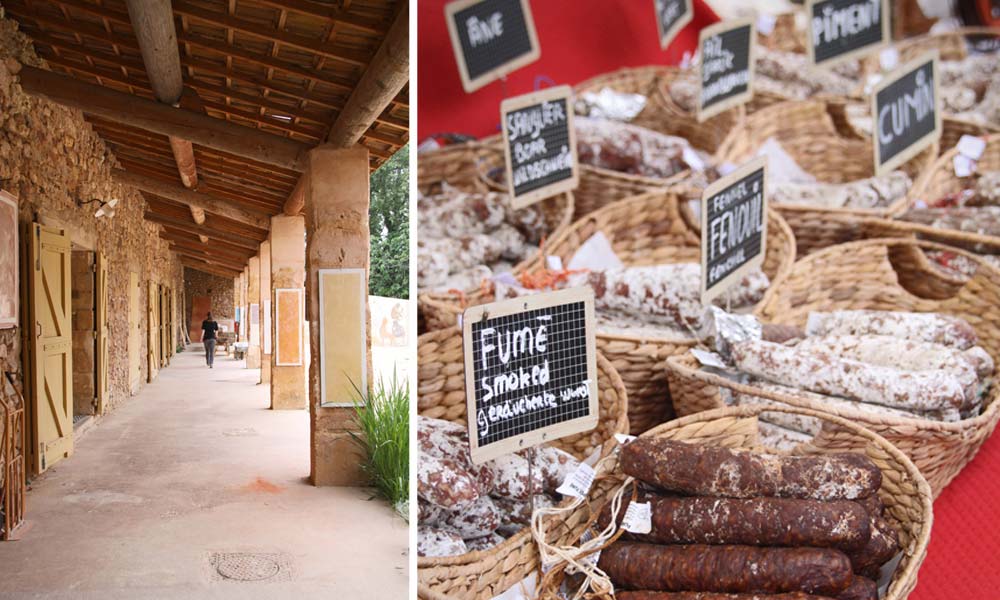 Of course, mankind cannot live on fine food alone, and the Vaucluse is a great place to visit if you are interested in fine wine.  Within its borders, the Vaucluse encompasses apellations such as AOC Ventoux, AOC Luberon, Côtes du Rhone and, most famously, AOC Châteauneuf-du-Pape. One of the best ways to explore both the wines and the surrounding countryside is to take an electric bike tour around the vineyards of the Terraventoux cellar.  Gabriel will greet you at the cellar in Mormoiron, supply the bicycles (or a lift in his car if you choose not to cycle!) and a map, and arrange to meet you at three designated points.  From there, you are free to cycle at your own pace to the meeting points, taking in the scenery of alternating vineyards and cherry orchards.

The first meeting point is at an ancient, stone drinking fountain in a picturesque village, where you taste one of the Terraventoux white wines, accompanied by local goat’s cheese crostini.  Gabriel not only provides the chilled wine and snacks, but also some local history and some information on the wine that you are drinking. From there, you set off for the second meeting point: an intriguing, hidden, ochre quarry that opens up like a magical, hidden world from an unpromising, flat parking area.  Here, you can enjoy the Terraventoux rosé wine while walking between 15m high cliffs ranging from salmon pink to crimson. The final meeting point is a secluded table in a vineyard, where a lunch basket awaits you, filled with fresh baguettes, fruit, paté and a bottle of Terraventoux red wine. It truly is the perfect way to experience the vineyards of the Vaucluse. 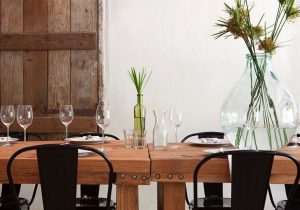 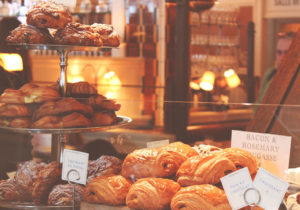