You’ve heard about nose-to-tail eating, but now it’s time to embrace trash to table eating. Don’t worry, it’s not as scary as it sounds, no one expects you to be dumpster diving for dinner. What the term means in theory is trying to use up every single scrap of a food product, even something that was originally headed for the trash. In a food-scarce country such as South Africa, we shouldn’t be wasting a single thing. It is estimated that South Africans waste up to one-third of the food produced, which is shameful because 13 million people go to bed hungry in our country every day. It’s also incredibly thrifty to reuse your food scraps, and it will save you money – and that’s always great! Here we break down what you can save and how to use scraps in a delicious and ethical way. Think before you bin it!

Vegetables are the first thing to be used inefficiently. Think of a carrot, firstly if you’re making something like a rustic soup you don’t necessarily need to peel your them, a thorough scrub will do the trick. If you are peeling them, think of scattering those peels amongst your garden. The tops are another wasted item and are actually delicious. Use the fronds in salads, as another leaf, you’ll be surprised at the mild carrot-y taste. You can also blend the leaves to make a pesto, with basil, garlic, oil, pine nuts (or actually any nut of your choosing) and some seasoning. It simply adds more of that fresh flavour to the pesto. In fact, pestos are a great way to use up most vegetable leaves that would otherwise be tossed. 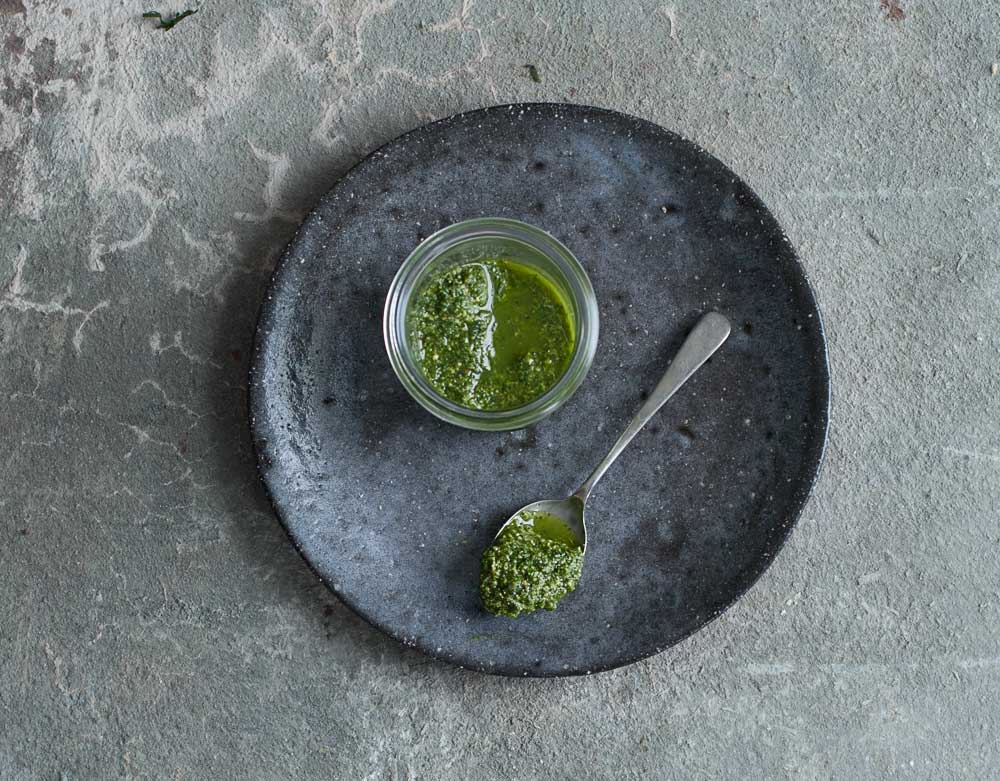 Don’t overlook your radish tops, they’ll add a wonderfully pepperiness to the sauce. Beetroot stalks are often sliced off and chucked, but can be cooked along with the beetroot – they have the same flavour as beetroot but have a different texture. Wonderful when thrown all together in a large salad with a creamy dressing. Celery leaves also seem to be thrown away, when all they really need is a good, punchy, Asian-inspired dressing to highlight their flavour. You really could slip them into your soups or stew bases by finely chopping them and adding them with your celery stalks. They’re also great battered and deep-fried, something that was even made at The Test Kitchen.

Love fruit but can’t eat it all before it turns? Well there are many uses for less than stellar fruit. Old, brown bananas are necessary for a rich banana bread and if the bananas are ready to be used but you’re not ready to bake, pop them in the freezer until you’re ready to make the bread. Berries past their prime (provided they aren’t mouldy) can also be put in the freezer to add to cakes and baked goods, or used for chutneys and jams. Also remember that citrus peels can be candied and preserved to be used for topping cakes and desserts. 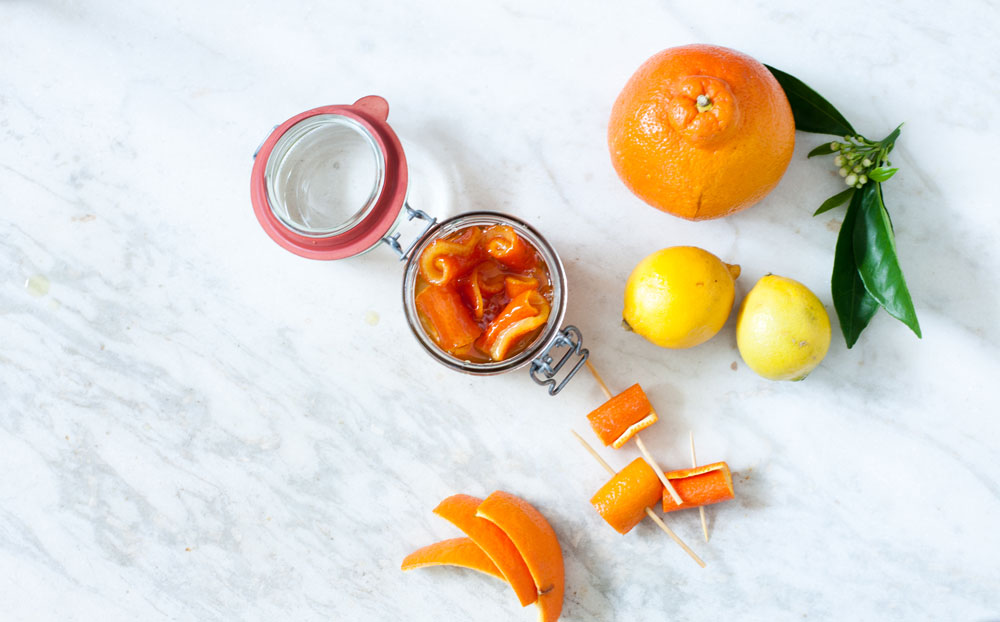 There is nothing better than a fresh loaf of bread, but the next day? It can be a little stale, a little less-inspiring. Whatever you do, don’t ever throw stale bread away. It’s probably one of the handiest ingredients in any kitchen. Need to thicken up a soup? Add some of the bread, let it soften and then whizz for the desired texture. Want to add something special to a salad? Make croutons by cutting up the bread into cubes, tossing them in olive oil and salt and toasting them in hot oven until crisp. Make breadcrumbs for crumbing schnitzels or toasting and sprinkling over pastas to add a little crunch. There are endless uses for stale bread, so wrap it up and pop it in the freezer until you need it.

Who doesn’t love a sneaky gherkin while standing at the fridge? But when all those pickles are finished, don’t even think of pouring the liquid (the brine) down the drain. Gherkins are just cucumbers, so what do you think makes those cucumbers go from boring to irresistible? The brine! It’s got loads of herbs, spices and all around flavour so all you need to do is pick up some more cucumbers, slice them and pop them in the brine. Leave them to pickle for about a week or so and enjoy homemade pickles for half the price and none of the effort. You can also add a few drops of the brine to boost salad dressings, Bloody Marys and marinades for meat and fish. It will keep adding flavour. The same can be said of the oil preserved foods. Sun-dried tomatoes will leave behind a wonderful roasted tomato-flavoured oil. Drizzle it over pastas, soup or even use in a salad dressing. The oil left behind from anchovies is packed with flavour, so make sure to throw that into whatever you’re making with anchovies. 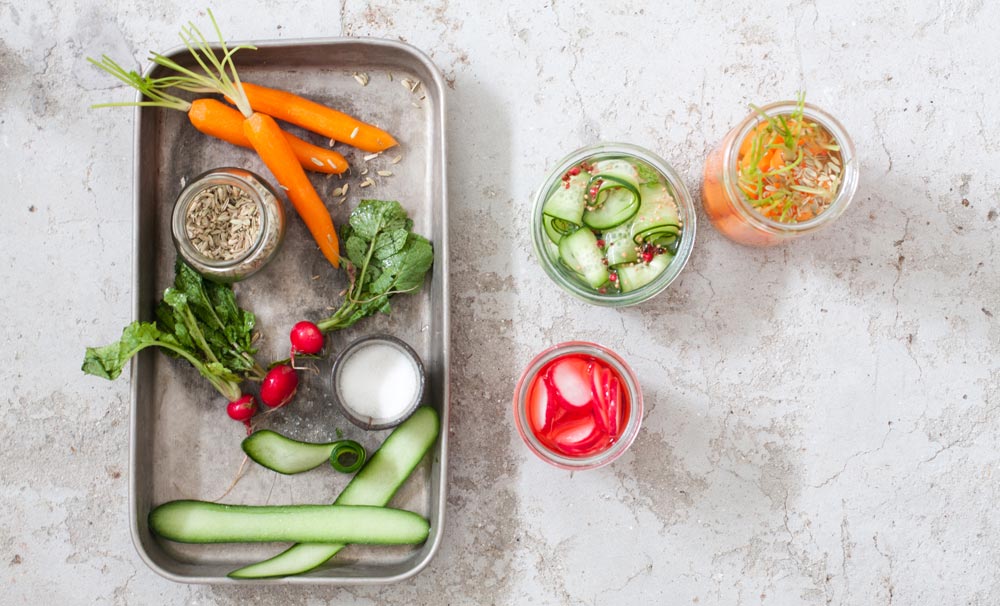 Cheese and other dairy goods

How many of us are guilty forgetting about the last bit of Parmesan at the back of the fridge, only to discover it hardened and crusty? How many of us have sadly tossed into the bin, deeming it unusable? Well, those days are over. Parmesan and other hard cheeses are actually very forgiving, so toss them into anything liquid like to unlock their umami-packed flavour. If you’re making a bolognese or even a simple tomato pasta sauce, add the heel of cheese once the sauce is cooking down. It will add a deep richness. If you’re making minestrone, a bit of Parmesan is completely necessary so keep all cheese scraps. Even soft cheese scraps can be added to cheese sauces for pastas or crumbled over home made pizzas

Yoghurt is another misunderstood dairy product. Even past it’s sell-by it’s mostly fine it might just be slightly more tangy due to the cultures, just smell it before you eat it. Even ‘off’ yoghurt can be kept in the fridge and used in place of buttermilk or sour cream in baking recipes, so don’t chuck it. Even sour milk can be a good substitution for buttermilk, if you’re making something like pancakes and are in a pinch. Think even as far as your egg shells. They are natural pesticides for your garden if you have a snail problem and can be used in things like consommés to clarify your stock.

The point of this all is to make you think further than a single use of something. If you stop to think, you could not only make something delicious and inspiring. If these sound scary, they’re not. Think about it this way, if you liked the original ingredient then chances are that you’ll like the bit headed for the trash. If you like carrots, you’ll like their tops. If you like Parmesan, you’ll like the way it boosts your pasta sauce. If you’re serious about minimising you waste, think too about your plastic consumption. Shopping bags are one of the biggest environmental scourges of the earth, so think about buying one or two reusable bags. They’re studier and better for the environment. Online delivery companies, such as Harvest of Hope, drop their organic veggies off in recyclable and earth-friendly packaging. See more on our list . If you don’t have to throw it away, then it won’t end up in a landfill polluting our planet.

For more ways you can live a little greener, and save money, read here. 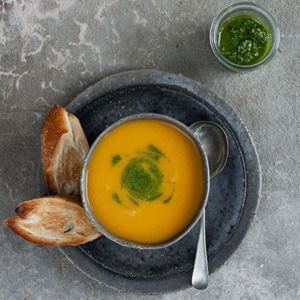