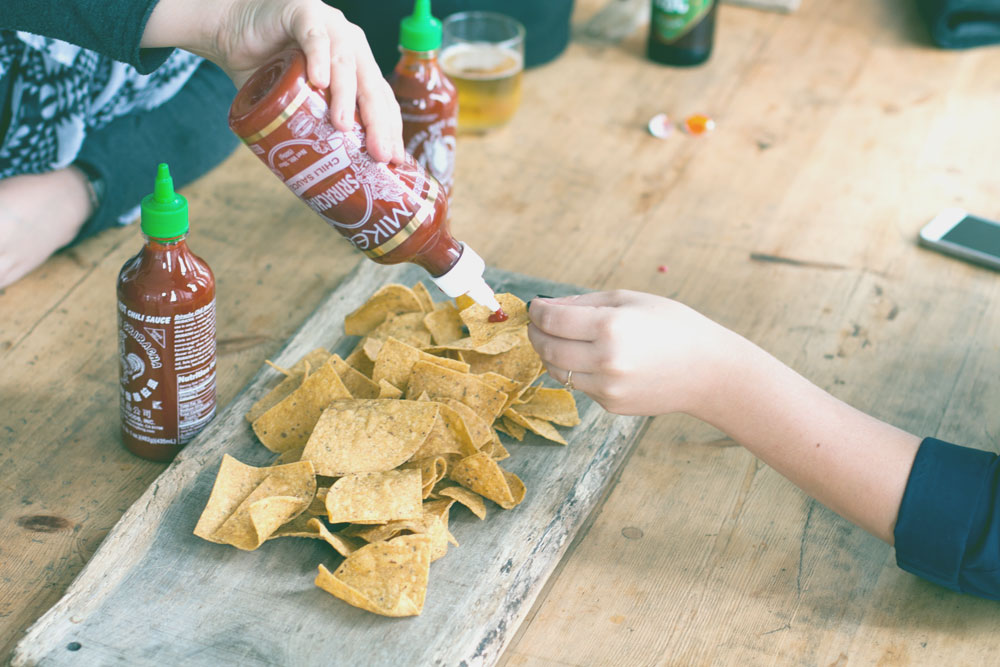 I’ve never been one for cults but when it comes to sriracha sauce I’m in for life. Nowadays there are many sriracha brands but the one that started it all was America’s Huy Fong. It’s affectionately known as the rooster or cock sauce due to it’s iconic rooster bottle design. It’s won multiple international awards and has overtaken Tabasco as the world’s most popular hot sauce. Believe it or not, Tabasco even secretly launched their own version of sriracha just to be able to compete. But things were not always like this for the mighty rooster. To understand just how staggering the success of sriracha is, we have to go back to the beginning…

In 1980 a Vietnamese refugee named David Tran arrived in Los Angeles aboard a ship called, Huey Fong – David later named his company Huy Fong in honour of the refugee ship. He didn’t have a cent to his name but he knew how to make a mean sriracha – a hot garlic chilli sauce that originated in town of Si Racha in Thailand. Shortly after David was selling his fresh chilli version of sriracha out the back of his van to Asian restaurants around Los Angeles. Fast forward some 35 odd years later and sriracha is a hot sauce juggernaut.

It has entire cookbooks dedicated to it. There are food festivals centred around it. It has spawned a cult of paraphernalia ranging from phone covers, shopping bags and clothing to shoes, artworks and a host of food products, and even a beer. It’s been immortalised by The Oatmeal (a famous web cartoonist), and it even has an award-winning documentary that tells David’s story and the story of sriracha’s cult following. The most crazy thing about all of this is that David has never spent a cent on advertising. They even don’t have a Facebook page, Twitter or Instagram account. Their entire company has been built on word of mouth. 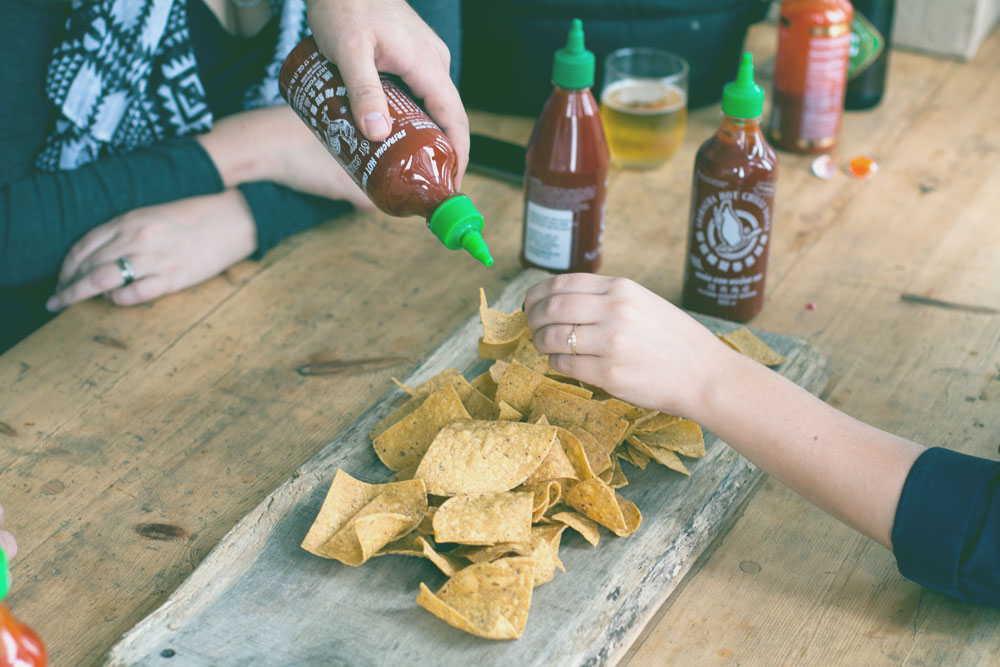 Rooster sauce has made it’s way into the kitchens of high profile chefs and it’s now available around the world. Alas for poor old South Africa, rooster sauce has yet to hit our shores but all is not lost. As the saying goes, “imitation is the sincerest form of flattery” and sriracha has droves of imitators. In the Crush Team’s first ever chilli sauce chilli off, we’re putting the locally available sauces against each other in a head-to-head taste-off. As a surprise twist we’ve managed to wrangle a bottle of the original rooster sauce to see how the competition stack up to the king cockerel.

Mikee: this brand hails from Arizona and it’s available at selected Spars.

Suree: this brand hails from the Thailand and it was the first sriracha to land on our shores. It’s available at most supermarkets

Flying Goose: this brand also hails from Thailand and is sold exclusively at Woolworths.

Flaming Tiger: this brand hails from Cape Town and it is 100% proudly South African. It will be available soon.

Our panel was asked to score the sauces out of 5 and give their overall thoughts and impressions. Each sauce was tried on a Santa Anna’s nacho chip and two rounds of testing were conducted,   the first round was for comments and the second round for scoring.

The team really liked this one. It had a delicious roasted flavour and it was quite tart, zingy and fresh with a vinegar quality. It also had a tomatoey vibe to it with a hint of smoke. Some said it was a little too spicy but others said it had good balance. It had layers of flavour which is always good.

The team really didn’t like this one. It smells and tastes very strongly of garlic. Some say it had like a cheap synthetic chilli burn. It also had a burnt, almost acrid taste which left an unpleasant aftertaste on the palate. It felt very one dimensional and flat.

The team mostly enjoyed this one. It starts out quite sweet which leads into a pleasant burn. It’s not overly spicy at all but it has great balance and good tomato flavour. Some said it tasted a little salty and almost had a soya sauce like quality. This is like the Toyota of sriracha.

The team mostly liked this one. Some thought it was a little too sweet but it had a tasty, lingering burn. Up front it tasted a little sharp but the flavour developed well as we ate more of it. It has a slightly bitter finish but not in a bad way. It did have an interesting texture compared to the others, almost slightly gummy.

The team were blown away by this one. The rooster is packed with fresh chilli and roasted red pepper aromas – by far the most nose on any of the sauces. It starts out slightly sweet then explodes into a fireball that sends pins and needle like prickles up and down the tongue. It has a definite lingering deep burn. Overall it is fresh, punchy and delicious with a deep rich red colour that differed from the other sauces.

THE VERDICT? The real deal rooster sauce came out tops by a country mile, with Mikee, a relative unknown, Flying Goose and our local version, Flaming Tiger following that. Since real rooster sauce is only available if you know someone coming from the States, your next best bets are the Arizonian Mikee, sidekick Goose, or you can support local and pop a Flaming Tiger in your pantry. 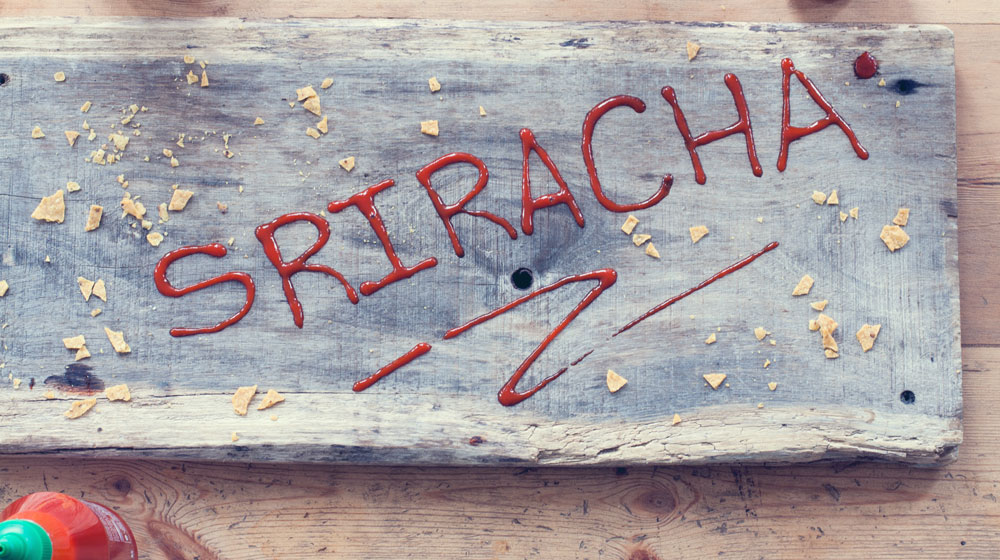 At the end of the day taste is a preference, so you need to try them all for yourself, to find the one that you like best. If you are keen to make your own, try this RECIPE for a homemade version. 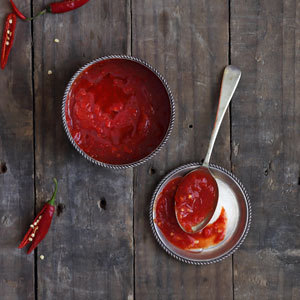