Sometimes, the supermarket just doesn’t cut it. Maybe you’re looking for a specific type of mustard, a particular brand of sauerkraut or an imported flavoured olive oil from an obscure island in Greece. On these rare (sometimes often) occasions, specialist grocers come to the rescue.

A Brief History on Grocers and Supermarkets…

Grocers and convenience stores have been around for centuries. In fact, they were the OG supermarkets. Supermarkets, as we know them, only became popular around the 1930s. Prior to that, people shopped for their groceries from smaller, often family-run, neighbourhood grocery stores. Not all grocery stores had everything on hand, therefore people had to shop around various other stores for any specifics they needed. 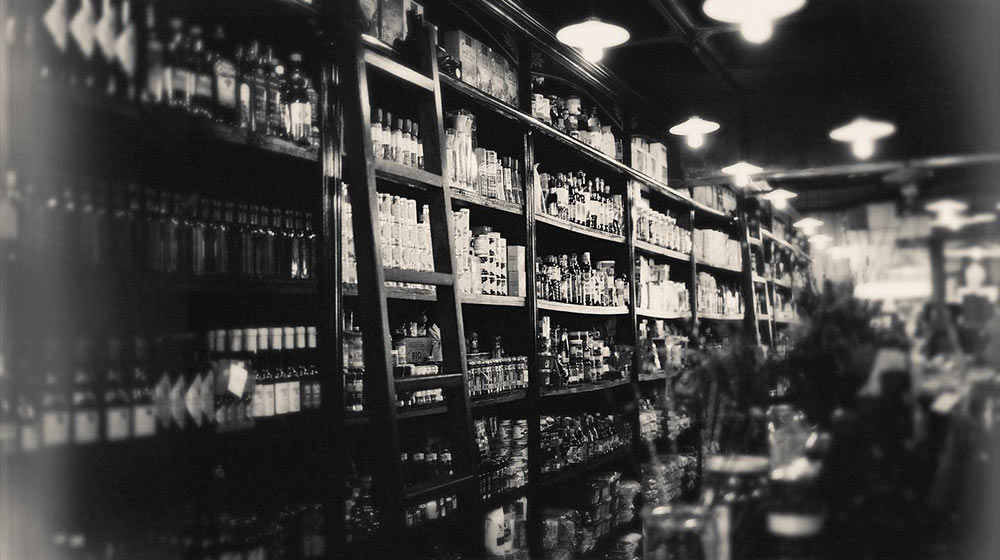 In 1927, Michael Miller and Sam Cohen started the first ‘general store’ in South Africa, called OK Bazaars, which quickly became very popular as people could now go to one shop to do all their grocery shopping. Fast forward nearly one hundred years and we’re noticing a step back towards people favouring neighbourhood, specialty grocers. Perhaps it’s the charm and personal touch, or perhaps it’s the abundance of ingredients oftentimes not found in a supermarket, either way, the growing popularity of these specialty supermarkets prove that people really love ’em. We’ve rounded up our favourite specialist grocers in Cape Town central and surrounds for you to peruse next time you’re wanting to elevate your shopping experience. 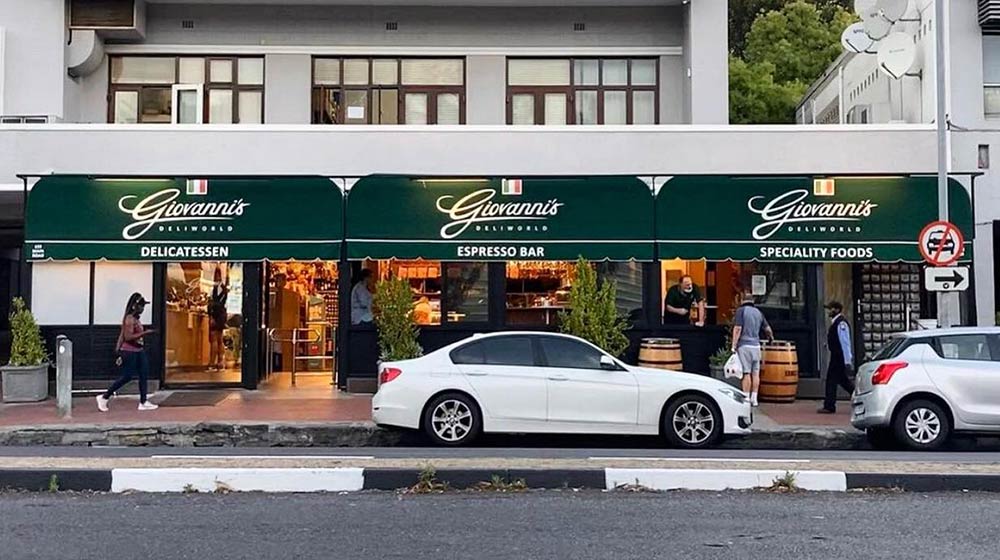 Giovanni’s Deli World was opened in 1989 by the young and ambitious Giovanni Esposito. Only 25 years old at the time, Giovanni opened up the (then small) deli with an offering of fresh meals, local cheeses and charcuterie. Within two years he had expanded the deli to include a coffee bar with a selection of pastries. His aim with the deli was to create a feeling of familiarity — a place that became part of people’s weekday rituals. That feeling is still very much alive today. As soon as you walk through the doors at Gio’s, you’re warmly greeted and feel as though you’ve stepped into a close friend’s kitchen for lunch. 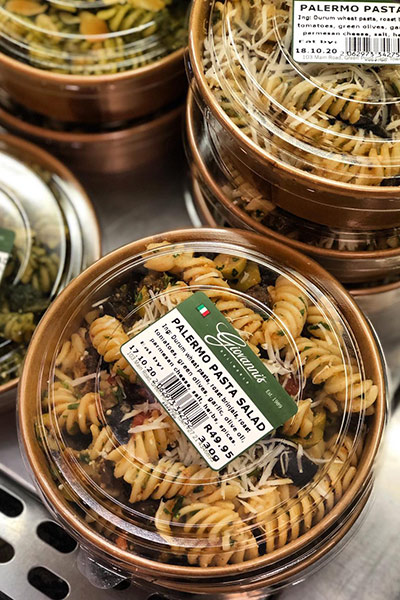 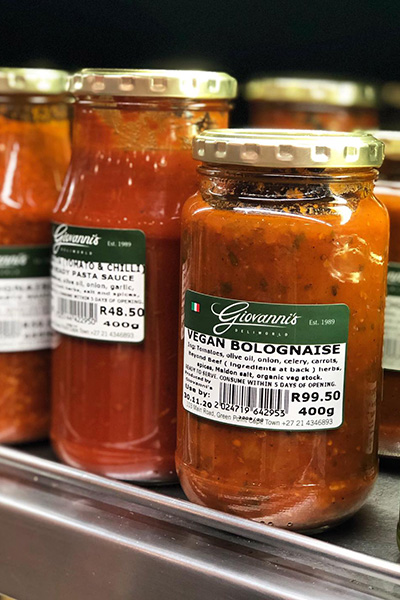 Gio’s specialises in freshly made meals and sides that you can choose yourself from the deli counter. If you have some time, you can make up a plate and eat in the window. Gio’s also has a wide selection of imported products, from pastas and condiments to different types of confectionery. They also have a wonderful wine selection, as well as a small fridge dedicated to fresh produce. You’ll walk in for a small snack and leave with a basket full of groceries for the week. 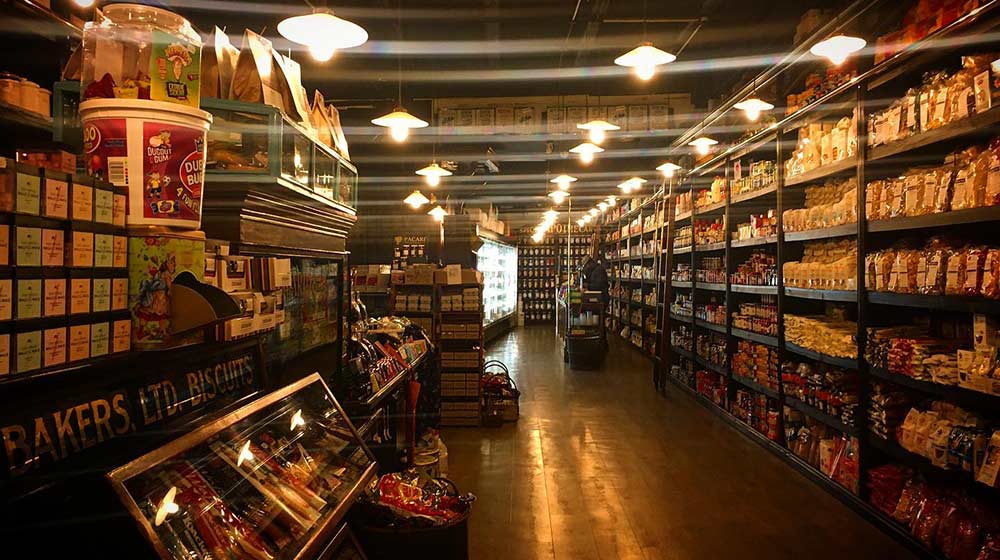 The Olive Branch Deli, a family-run neighbourhood deli specialising in local and imported products, first started as ‘the secret deli’ and was run from a small nook that offered watch-making services. Due to the decline in the watchmaking industry, a plan was made to cover some costs. The watchmaker started to sell products from his home country, Cyprus, to his customers. Soon the word got out and more customers arrived, so more products were sold. Eventually, a few tables had to be placed outside the small watchmaking store to accommodate for the growing variety on offer and due to demand, and a complaint or two from neighbours, they signed the lease for their own space in The Lifestyle Centre.

The Olive Branch quickly expanded from selling a few imported cheeses and olive oils to adopting a community grocer approach with a strong #supportlocal ethos. They aimed to provide a space for local farmers and producers to sell their products every day of the week.

These days, The Olive Branch heroes local fresh produce and products, while still offering rare imported goods for those searching. Meats, cheeses, olive oils, a range of vinegars, spices, sauces, pasta and much more can be found lining the beautiful shelves. You’ll feel as though you’ve just stepped onto Diagon Alley and will probably get lost in the magical world of everything they have to offer. 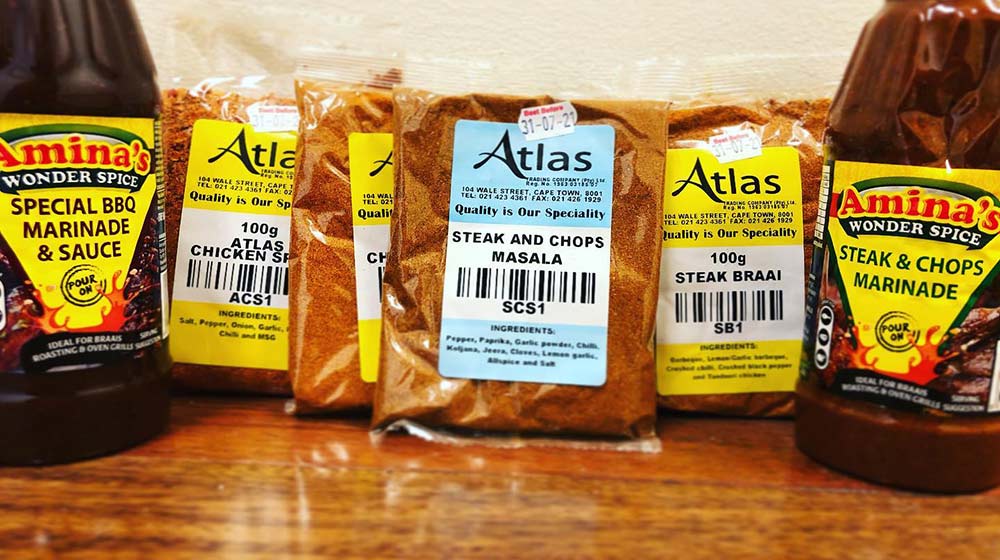 Atlas Traders is the holy grail of spice shops. Established in 1946, Atlas Traders is a family owned and run business specialising in fine spices, rice and other rare products from all over the world. Situated in the vibrant Bo Kaap, Atlas Traders reflects the heritage of their community through the spices they sell. If you’re looking for a local spice grocer, look no further, as you’ll get every type of spice you could ever want, at incredible prices.

You can also order online, but we strongly recommend a visit.

Tamboers Winkel is situated in the heart of Gardens, Cape Town and offers a quaint café and deli experience that takes you straight out of the hustle and bustle. Having undergone a recent change of hands, Tamboers Winkel is strongly focusing on their deli counter and wine shelves, aiming to offer Capetonians homemade breakfast and lunch options to fill their tummies and baskets, with plenty take home and freezer friendly meals on offer.

Their curated wine selection will make for good shopping too, as they’ve focused on boutique labels around the region.

Komati Foods is a family run business based in Observatory on Lower Main Road, specialising in the sourcing, preparing and packaging of natural and healthy snacks. Each product is sustainably sourced and hand packaged to ensure premium quality. Komati Foods isn’t only an opportunity to ‘buy bulk and save’, but it’s an opportunity to ensure you’re buying superior products while supporting a local business.

If you’re a lover of alternative, gluten-free flours and grains, you’ll have a whole wall to choose from. They’ve also added the option of buying different pre-packed boxes that include everything you’ll need to pack a nutritious and healthy pantry. You can order online via their website too.

The Vineyard Deli in Durbanville was established in 2004 with the dream of opening an established that specialised in impeccable service and food products. They specialise in providing hand-picked fresh produce from local farms in the area as well as home baked breads and pastries.  A wide variety of low carb and banting friendly options are also available, as well as homemade cooked meals and a deli counter offering German and Italian cold meats. The Vineyard Deli is a truly personal shopping experience with products thoughtfully selected with the consumer in mind. 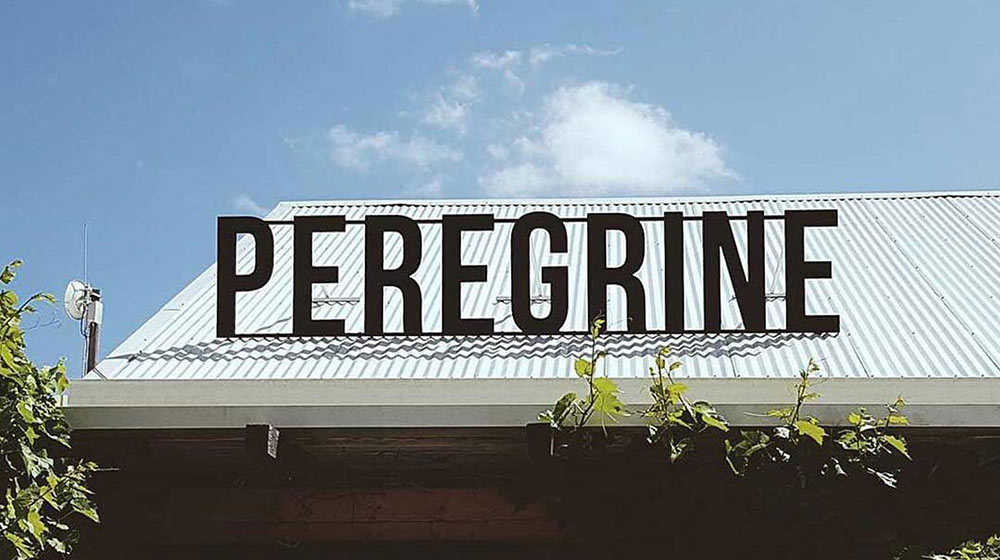 If you’ve ever gone on a road trip up the N2 and haven’t stopped at Peregrine, then you’ve actually not gone on a road trip… sorry, you’ll have to do it again! Peregrine Farm Stall is an institution and has grown from strength to strength over the years as more people became part of their loyal following.

Nestled in the Elgin Valley, Peregrine is perfectly situated approximately 45 minutes out of Cape Town, which is around the time most people tend to stop for a quick coffee break. You’ll be stopping for far more than coffee though, as they are well known for their freshly pressed apple juice, and most importantly, their pies. Peregrine pies are the stuff of legend and for good reason. Their waterblommetjie and lamb pie is exceptional and they have recently added vegan pies to their menu for non-meat eaters. Their vegan sausage roll is spoken of far and wide.

Peregrine specialises in more than road trip snacks though, you can fill your baskets with fresh produce from the area, local cheeses, meats and sweet confectionery. They also boast a very impressive wine selection and array of local craft beers, so if you forgot to stop at the bottle store, load up here.

Looking for more local, specialist artisans to support. Here is our list of favourites!