Putting the ‘mmm’ into Humus

Whether you spell it hummus, houmous – or like we do, humus – it’s still the world’s dippiest dip. Made from cooked chickpeas and blended with tahini, olive oil, lemon juice, salt and garlic, humus’s origins are debatable. Some claim it’s from Israel, others say because the Arabian word “hummus” translates as chickpeas, it’s an Arab dish. It’s been linked to 12th century Sultan Saladin, recorded in 13th century Egyptian cookbooks and mentioned in the Talmud and the Bible. Wherever it’s from, humus is at the heart of a shared food culture transcending nationality and politics. Today, it’s an industry worth millions. In Britain, 12 000 tons of humus (or as the Brits call it, houmous) is sold annually. In South Africa, it is becoming as much a part of our cuisine as a braai.

As for the missing ‘m,’ South Africans like to add original flavour. When we dropped the extra ‘m’ from the Arabic spelling, we gave you free reign to add your own lip-smacking ‘mmm’. Enjoy humus as a dip with bread, crackers and crudités, or to replace mayo in chicken salads and sandwiches. We have also now added 3 new delicious flavours -Peri Peri Humus, Smoked Humus, and Roasted Seed Humus. Give them a try the next time you’re in need a humus fix!

Recognisably Mediterranean, yet proudly South African. Mediterranean Delicacies chooses passion, quality ingredients and the finest production methods to create lifestyle food products that allow for memories to be made. 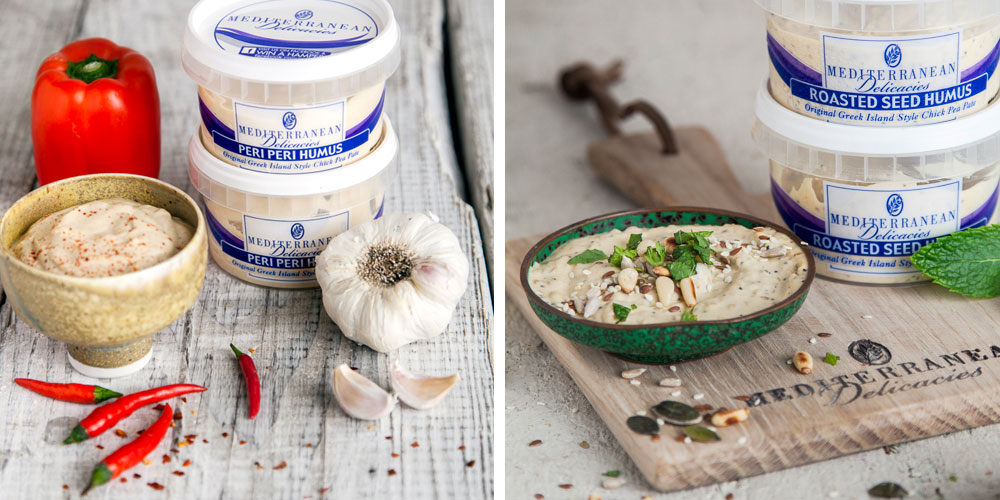