Madame Zingara ‘The Celebration’ opened in Cape Town this week and as expected, has already created a suitably glitzy buzz.

It is hard to explain if you have not yet experienced it for yourself, but to give you a small clue let us just say this – there are few places where you will be greeted at the door by a dwarf pimp complete with gold chains and an afro that has been spectacularly teased. There are even fewer places where you may escorted to your seat by a penguin, where you may bump into a walking lampshade, be chased by a Dalmatian in a tutu, have your dinner served to you by a dreadlocked cavewoman and your drinks poured by Raggedy Anne. You may have to step out the way to allow a collection of life-sized toy soldiers to march by or be approached by a confused chef who has lost his rabbit.

This is just a small snippet of what goes on inside the world of Zingara – it’s so normal in the setting that no one even bats an eyelid and instead everyone plays along. Once you step inside, you are in Zingara’s world and anything goes. The more glittering, the more extravagant and the more outlandish the better – it is a tremendous sense of escapement that is really hard to top. 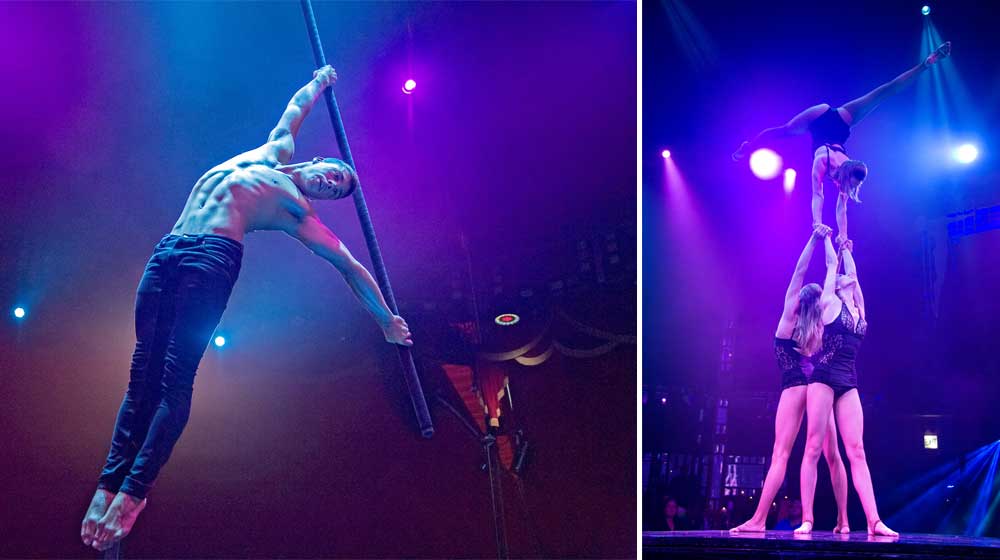 Without giving too much away, the acts will have leave you breathless – from tumbling and aerial acrobatics, to song and dance – the entertainment is high speed and non-stop. The spectacle had us clutching our seats and collectively ‘oohing and aahing’ in sheer wonderment.

The menu consists of a few Zingara favourites like the chilli chocolate steak. We highly recommend the gnocchi starter – heavenly. The beef with bone marrow and salmon with pak choy mains were also divine. Again, not wanting to give too much away as getting the run down from your penguin waiter is part of the fun (and we don’t mean tuxedoed, we mean genuine penguin). 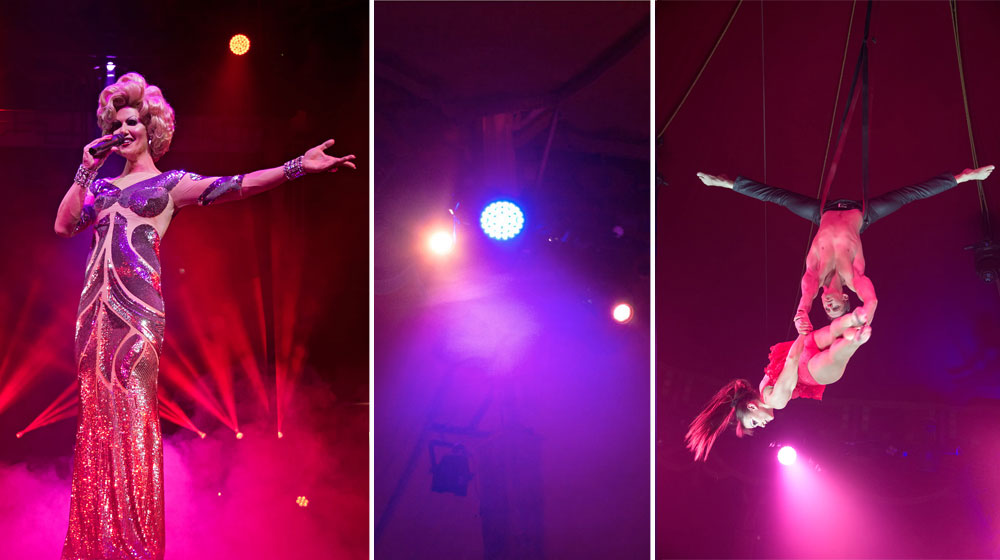 CathySpecific makes for a statuesque and glamorous MC and entertains not only with her song and quick wit, but with extraordinary wardrobe changes. Let’s just say if there is a world shortage of sequins we’ll know where to find them.

Zingara promises an evening of revelry with dazzling cirque-esque flamboyance and will not disappoint. Go with an open mind, a sense of wonder and a willingness to immerse yourself in the fantastical dreamworld that has been created.

It is so all-encompassing that leaving at the end of the show, and actually re-entering the real world outside, can feel oddly quite jarring. A glass or 2…or 3 of your favourite tipple should help you cope with this.

Madame Zingara’s The Celebration is now on in Cape Town until 26 September. The show will move to Johannesburg (Montecasino) from  22 October – 31 December.

If you haven’t already booked your tickets, whatever are you waiting for? Tickets range from R650 to R1250 per person. Booking is via 0861 623 263 or boxoffice@madamezingara.com