Thirty-year-old South African Kirsten Shaw has been offered a culinary job of a lifetime – to be an executive sous chef for all of Michelin starred Dominique Crenn’s four US restaurants, including the three-star Michelin restaurant Atelier Crenn, in San Francisco.
The Kwa-Zulu born Shaw has worked around the world including a number of Michelin restaurants in France. She answered some questions from Paris where she has recently been holding a series of pop-up restaurant experiences.

Tell us about the job offer in the US and what you will be doing?

I have spent the last year at Atelier Crenn in San Francisco, working on a trainee visa, but had to leave when my time was up. Dominique Crenn invited me to come back as an Executive Sous Chef for all three, soon to be four restaurants under her name. The opportunity for growth in this position is unprecedented for me, as I will be working as a mercenary chef, coming in to replace, work with or head any of the kitchens in need of assistance. 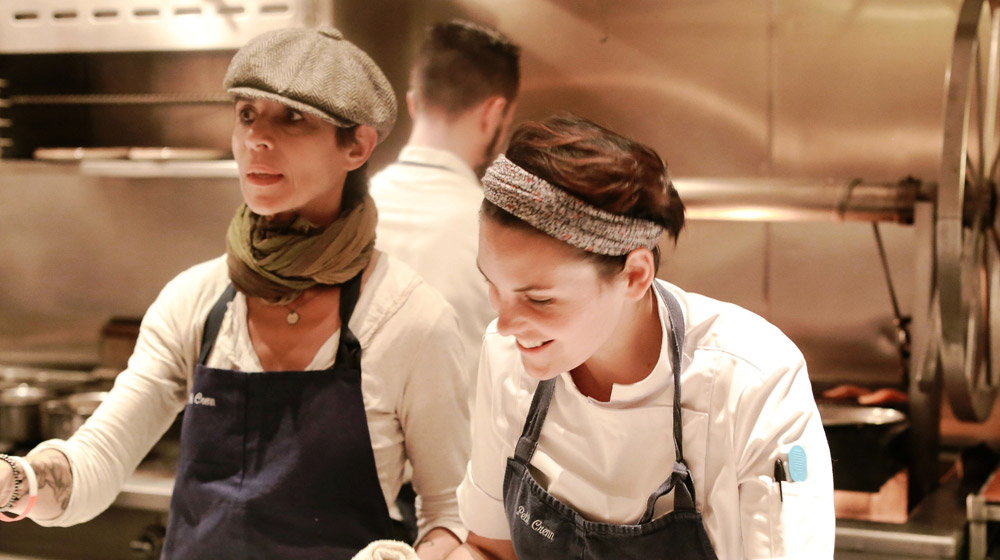 When did your passion for food start?

I never knew I wanted to cook. Growing up I was very happy eating Bovril on toast every day! It was only after university, when at the age of 23, I packed my bag in search of a teaching job in Vietnam that I truly discovered the magic of flavour associations and feeling almost out of breath after a meal. It was transcendent.

From there, I realised I could make other people feel as good as I did, and a new creative world, with infinite possibilities opened up to me.

From there, I spend all my weekends (and money) in Vietnamese and Thai cooking classes until I realised it was time to take it to the next level and invest in a culinary education at the age of 25.

I grew up in Durban North until the age of 12, terrorising the neighbourhood with the local boys, swimming and surfing. From there, we were uprooted and moved to a small town in the French countryside, where we had to adapt to a very different way of life.

Where and what did you study?

After French high school, I moved to England to study English and history in Bristol. It was only six years later that I moved back to Durban to study culinary arts at the 1000 Hills Chef School.

Where are some of the places you have worked?

I started my career in a 2 Michelin Star restaurant in the Loire Valley in France. The hotel and restaurant were gorgeous, the chef a self-taught culinary master in French technique, but an absolute tyrant in the kitchen. It was a true eye-opener to what a traditional French kitchen really was. I must have cried every Sunday for 18 months without fail. I learnt the hard way.

They like to break you down, rid you of your childish aspirations, and build you into a machine.

I hated it but I stuck it out, I knew I had to do the time. It was really when plates hit the pass, that I realised how fortunate I was to work in such a stellar environment.

From there, I needed a breather and a mentor. I was hired by Eric Guerin, a Michelin star awarded chef I wanted to work with him, not because of his Michelin status, but because he was a spokesperson for condoning violence in the kitchen. He spoke out against famous chefs who had reputations for physical and emotional abuse. I looked to him for personal inspiration, I knew I never wanted to be one of those chefs who ruled with an iron fist, yet I had been shown no other way.

The restaurant – Le Jardin des Plumes (the Garden of Feathers) was hidden away in Giverny, in Normandy, home to Monet and Renoir, impressionist painters who sought inspiration through natural sources. We looked to do the same. Our plates were Eric’s canvases, and we wove a deep interpretation of the local area.

After two years, I headed for Paris, working at a funky up and coming bistro, as their grill chef. The ‘Grill’ at this point was an understatement, it was a three-meter-long open fire pit, with French rotisserie and smoker. We sent out over 200 covers a day, grilling anything from arms length long John Dory to perfectly manicured pigeons. It was the most physically demanding chef job I have had to date.

After four years of high-pressure French restaurants, I escaped and took to the seas on a large sailboat, enjoying the carefree environment, the fresh air, fishing and cooking enormous tuna and Mahi Mahi off the back of the boat, swimming in the middle of the Atlantic Ocean on a calm day, exploring Caribbean produce and the island way of cooking. 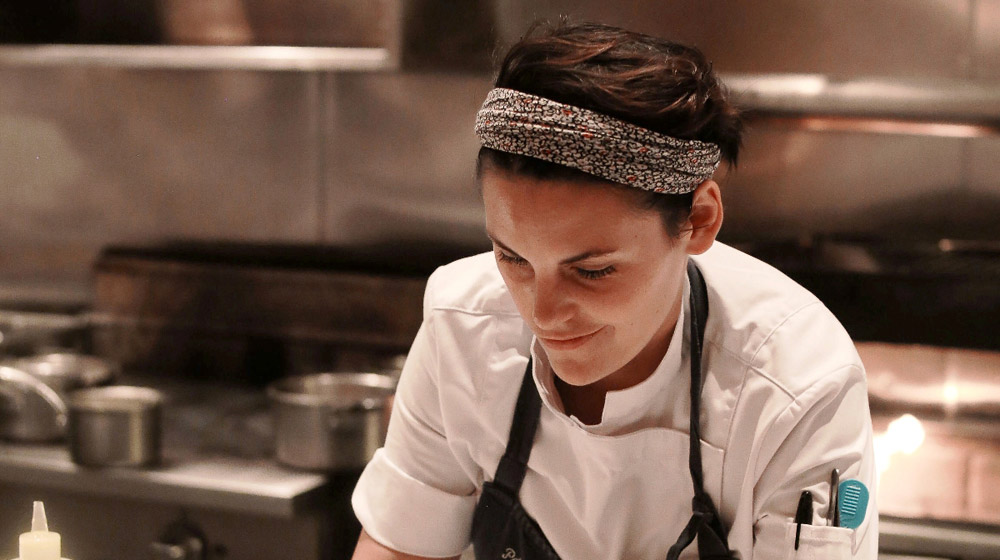 Did you have anyone special who mentored you in your career?

I’ve been lucky enough to have met and worked with many inspirational chefs, all of which have in their own way looked out for me, shared their knowledge and passion, but my hot kitchen lecturer, Jade, at The 1000 Hills Chef School was a true motivation and was/still is a force of nature, compassionate and committed to each student.

What is your food philosophy?

I believe that in order to move forward and innovate, we need to remember where we come from. Steve Jobs said we need to connect the dots in reverse.

I feel like food nowadays is a journey, or a reflection on our life experiences, and to truly create something beautiful and delicious, you need to reflect what is in you, and the path you have created to get to where you are. It is what makes sense to me.

What kinds of foods do you think are underrated?

Mac and cheese, it’s a crazy carb overload, but so worth it! Especially with truffle and bacon!

What are your favourite three dishes you like to prepare?

I love Middle Eastern food – and it’s great for vegetarians/vegans, my favourite is tabbouleh, hummus, falafels and roasted aubergines in sesame.

What do you believe are the latest food trends?

Minimising food transformation and food waste. We are becoming more aware of our environmental footprint, and as part of a consumer industry, it is our responsibility to lead in the right direction.

Do you do the cooking at home and what is on the menu?

What is your favourite dessert?

My favourite tool is undoubtedly my stainless steel and wooden chopsticks from Japan. They sit tucked into my apron at all times. At Atelier, it was a tool I couldn’t do without. Whether you are working the grill, checking the temp of your proteins/water bath, or spinning around to plate, they are the most efficient and precise tool to work with. And they look pretty cool, too.

Is there anything food you don’t eat?

What other chefs have inspired you?

Dominique Crenn is a real inspiration. Professionally she drives and motivates her team, she is undoubtedly talented, and a real artist. She visualises what she would like, and brings the right people and components together to create a magical dish.

Who is your foodie icon(s)?

I loved the late Anthony Bourdain – his casual yet incredibly knowledgeable approach to food, his capacity to enjoy a dirty burger, as well as a 3 Michelin star meal. He was a traveller and a rock and roll star.

The one dish you still want to master?

Soufflés – just the idea of a making a soufflé gets me breaking out in cold sweats!

What advice would you give to a young, ambitious chef who is just starting out in the industry?

Stay humble. Be open and kind. Chef school is obviously a vital part of your education, but go into each new kitchen with an open mind, like a clean slate, and be prepared to soak up very small detail you see, whether it’s a hand gesture that saves time, or the way the fridge is organised. Every chef appreciates a keen eye, even if it’s not always verbalised.