In 2016, with modern technology, fast paced lifestyles and our world changing more quickly than we can grasp, it’s quite rare to find someone taking a stand against that ideology to return to their roots. Shannon Draper has done just that – as an experienced seed saver who specialises in heirloom seeds, she celebrates all that is old-world.

Heirloom seeds are determined by their heritage – they’ve been handed down from generation to generation and can be as old as 50 years, at least. These seeds would have been favoured for a number of reasons – they either taste good, look particularly beautiful or are hardy growers in certain climates. Vegetables grown from heirloom seeds are not readily available in commercial supermarkets owing to the fact that they are naturally grown and end up looking like real produce, with lumps and bumps in all the right places. These veggies also don’t have a long shelf life. Which for the average consumer, is a no-go. 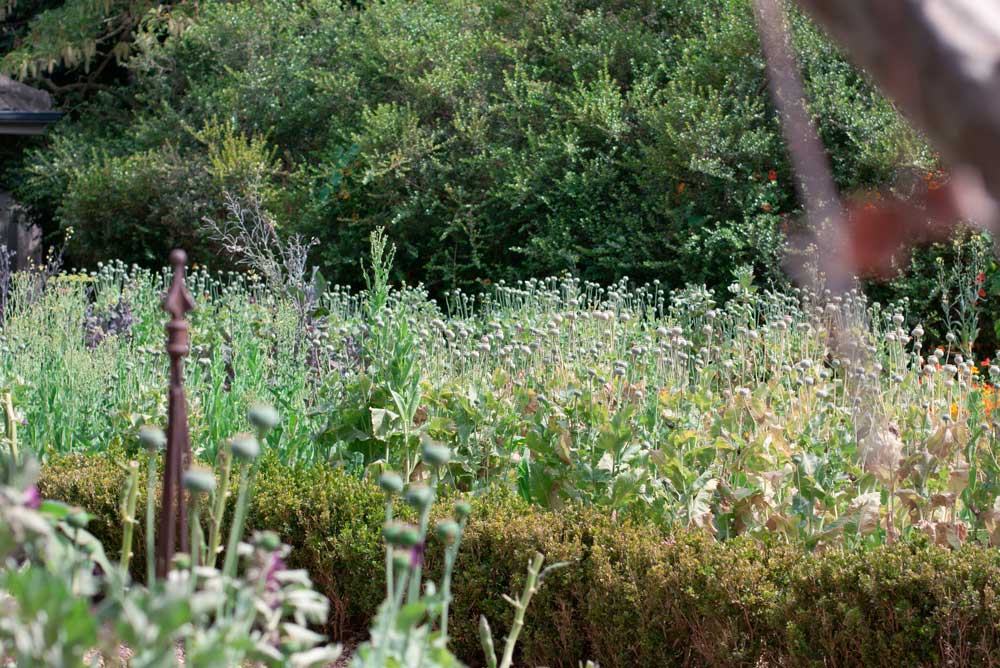 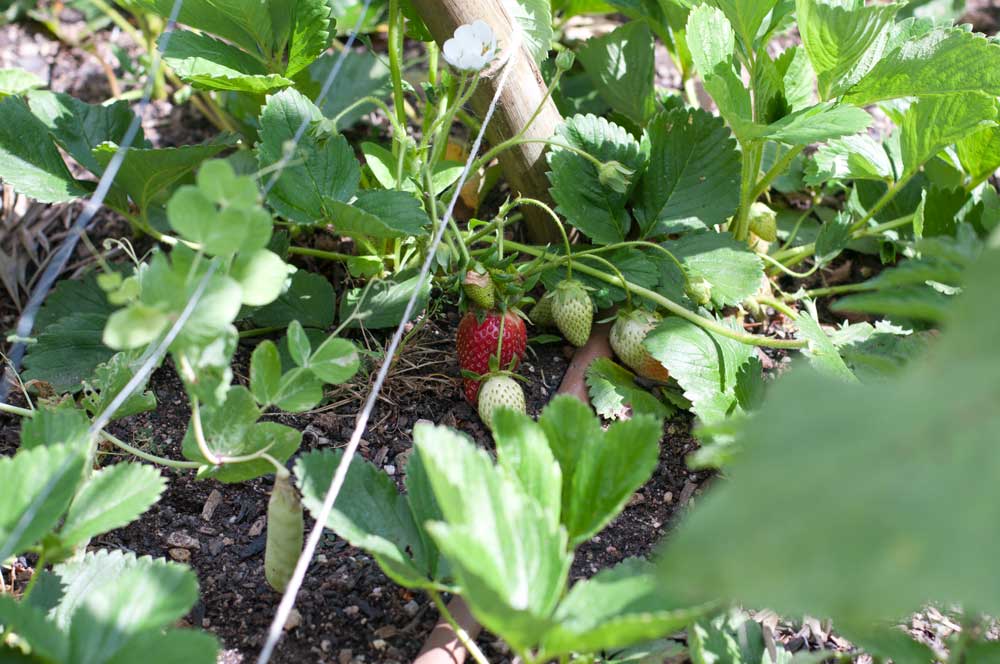 Shannon reminds us that old school is cool. After having been in the earth moving business for many years, she found herself in Somerset West with a large garden that needed some caring for. Using a packet of seeds she obtained from a magazine, she grew her first batch of vegetables. From there, she began to grow all manner of veggies and herbs. Eventually, she began to sell her produce from a small shed on her property, which was the birthplace of Gravel Garden. Before long she was selling seeds that she had saved.

Realising the importance of heirloom seeds, she branched out and made them her area of expertise.

She has since devoted her home garden to saving all the seeds she can. Her garden and shed are an edible dreamland of everything from red corn, cucamelons, sorrel, shiso and so, so much more. 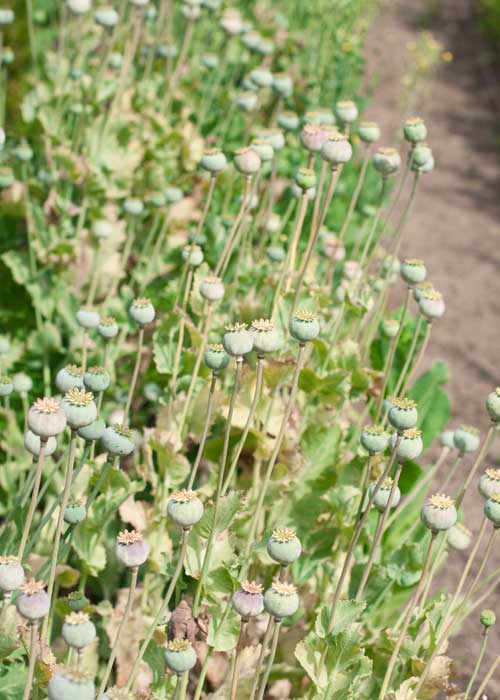 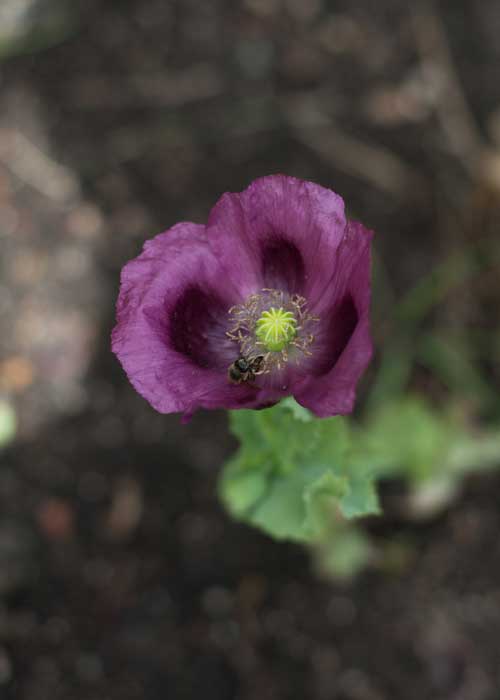 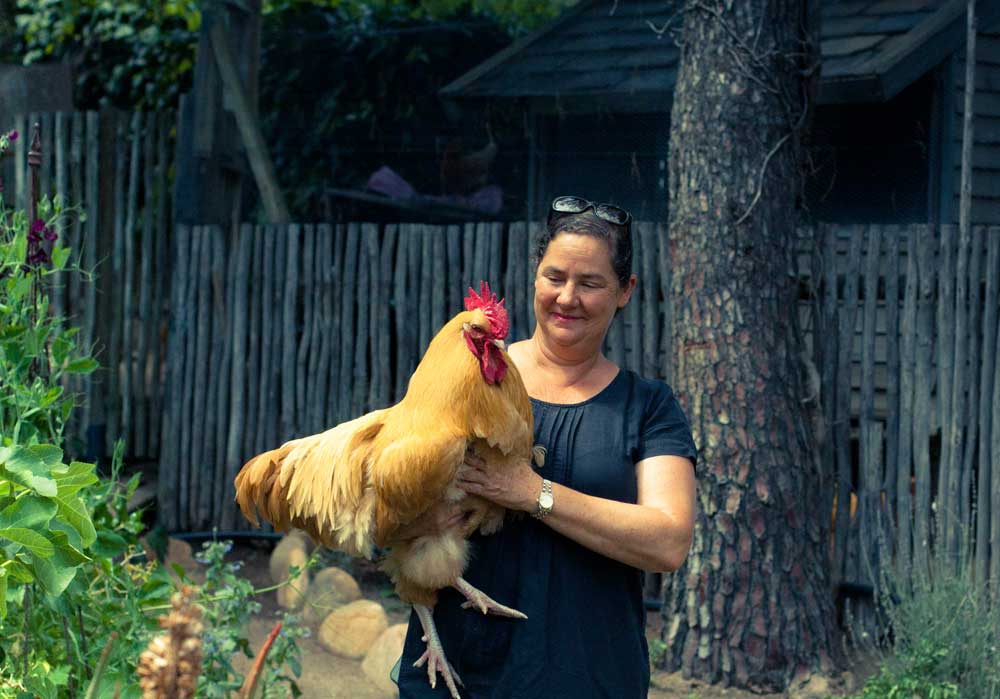 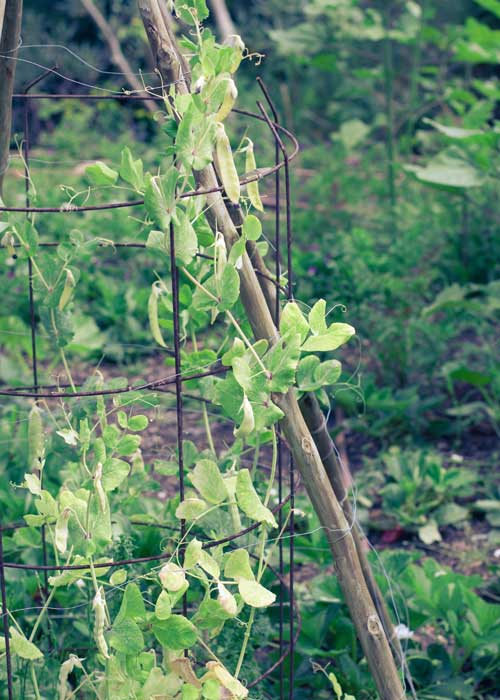 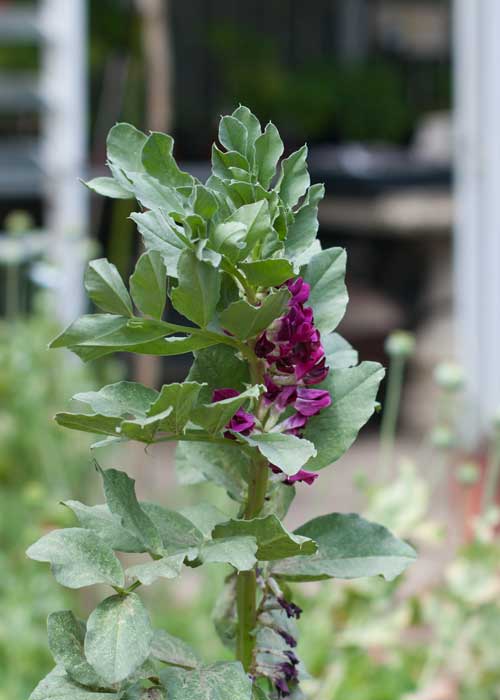 Getting vegetables to you in the commercial chain of supply is a sad situation. Somehow, consumers seem to care more about a vegetable looking ‘normal’ than it being fresh, and the producers do some rather questionable things to ensure that. Bags of lettuce are gassed so that they stay ‘fresher’ for longer, although admittedly, they’re not very fresh. Tomatoes are picked green, then sprayed with ethylene so that they ripen while in refrigeration. And while ethylene is not necessarily dangerous, it does result in those mealy, watery tomatoes that really taste of nothing.

Shannon’s tomatoes, like the rest of her produce, are sun-ripened and full of flavour and her seed saving practices ensure that these traits will live on forever.

She also encourages everyone to try planting their own, explaining that she learned lots through researching online and still doesn’t consider herself an expert. According to Shannon, the flavour of eating vegetables you’ve grown yourself will motivate you even more. For her, it’s her tomatoes. Nothing gets her more excited than her real, sun-ripened tomatoes. 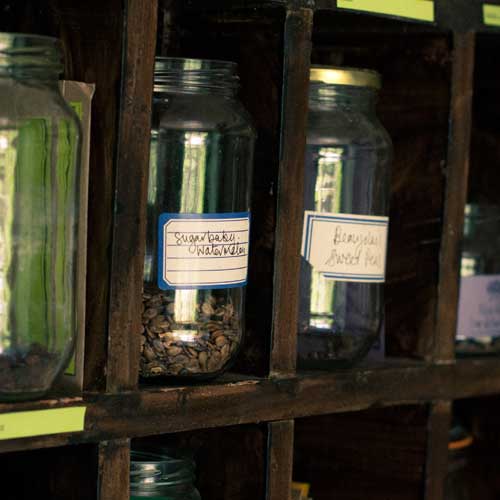 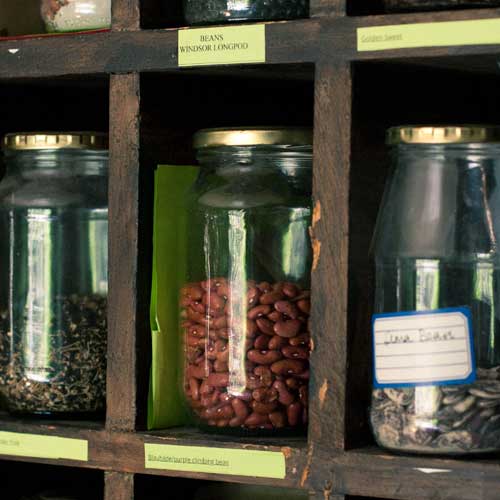 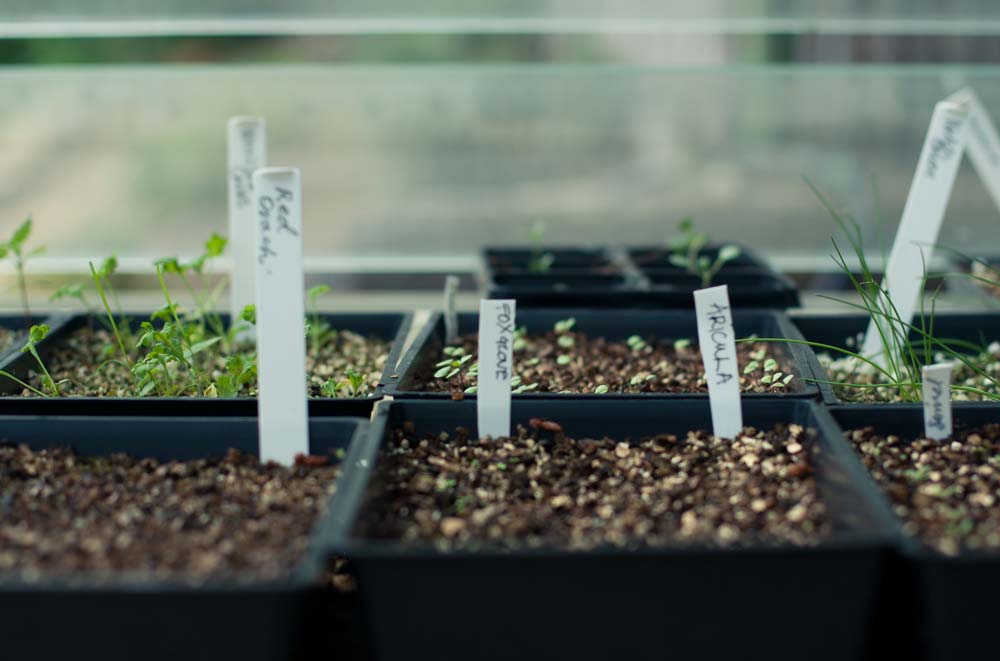 Having outgrown her veggie garden at home, which was mostly used for seeds, The Gravel Garden has moved to a newer, bigger piece of land about 5 km away from her house. This space, called Hathaway Farm, will allow Shannon and her cracking team to grow more vegetables and seeds to sell to local markets, such as the Oranjezicht City Farm Market. Shannon is also looking to provide special heirloom plants to chefs and kitchens around Cape Town. Through this, she’ll meet with them and grow those difficult to source herbs and veggies for them. Recently, she began to supply Bertus Basson with some exciting produce for the launch of his new wine bar, Spek en Bone. 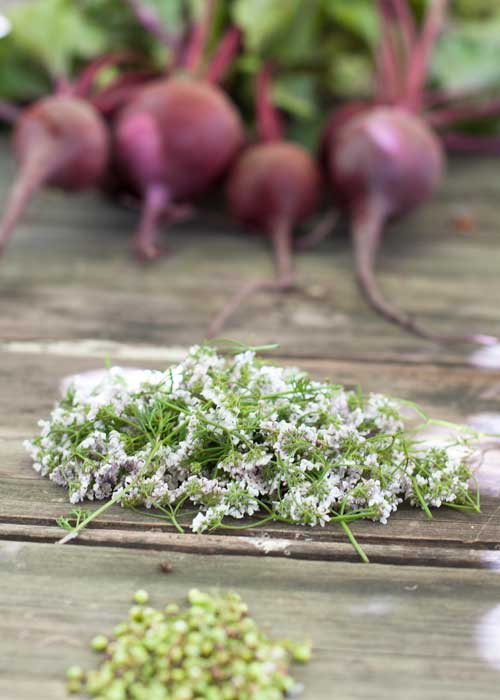 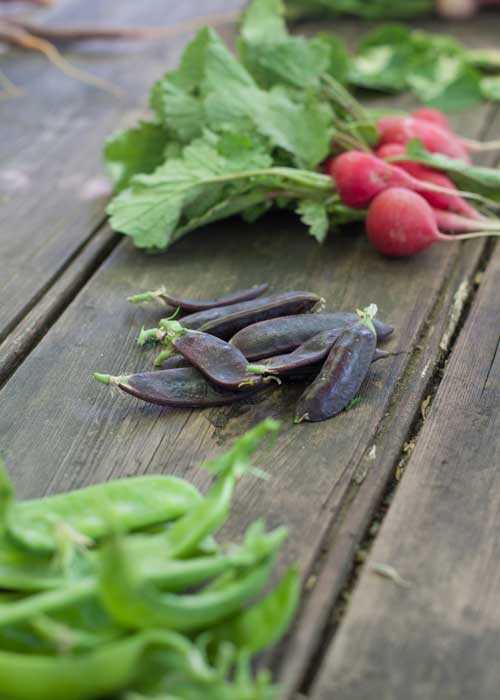 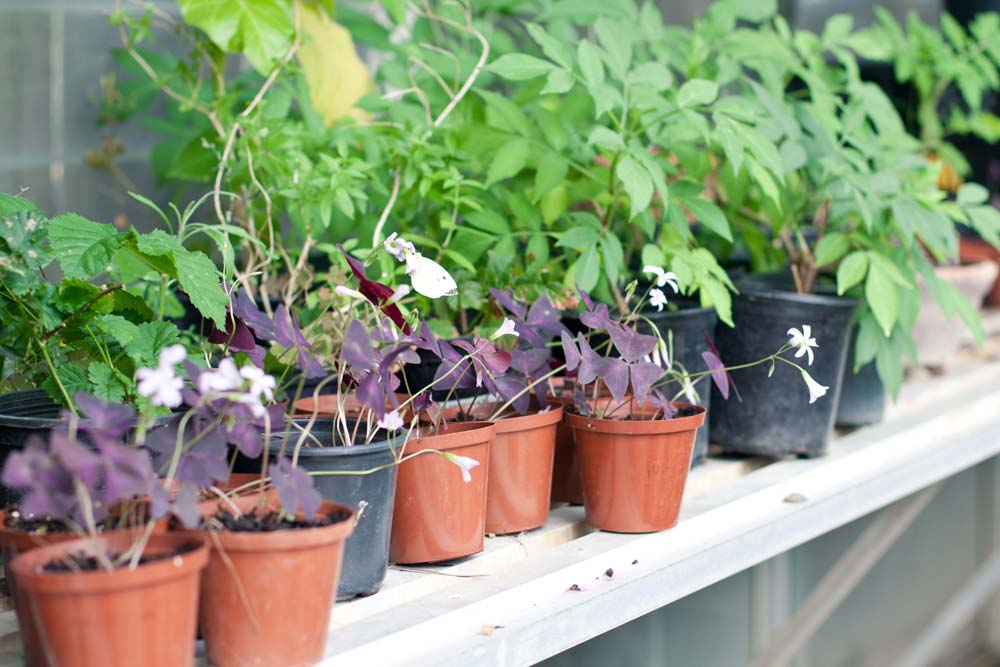 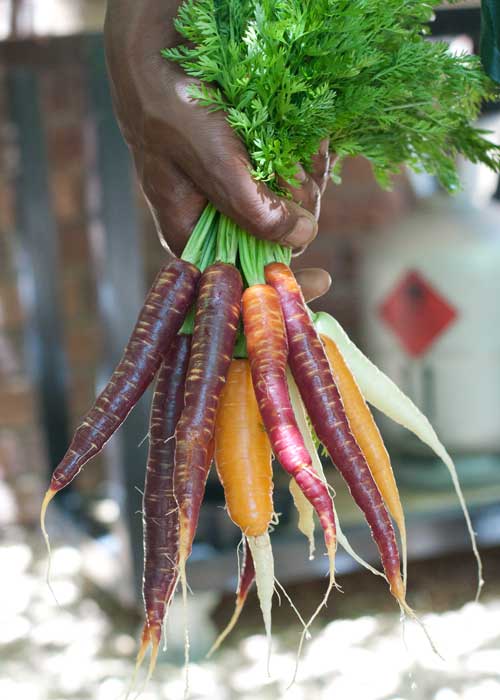 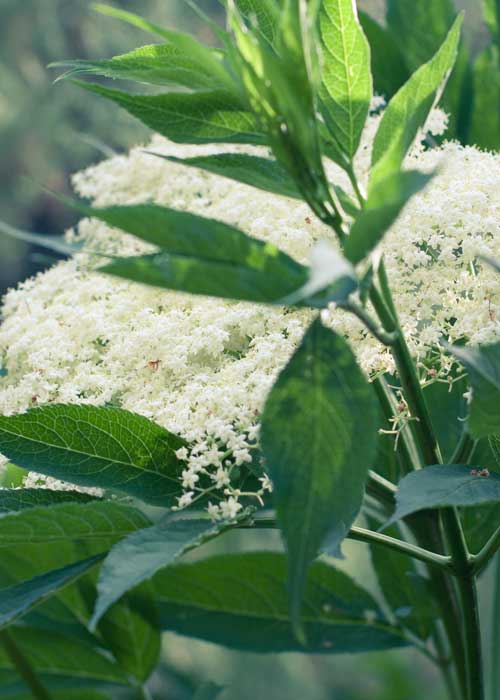 If you’re feeling inspired to grow your own, let Shannon be your first port of call. Not only does her website have the most wonderful varieties of fruit, vegetables, herbs and flowers, but Shannon herself is a wealth of knowledge – even if she doesn’t think she is. You can easily order seeds from the site, or go visit Shannon and the Gravel Garden family. Her seeds are also available at the Oranjezicht City Farm Market. Let Shannon and her amazing team show you just how wonderful the world of heirloom vegetables is.