Get To Know Arbikie Premium Spirits

Arbikie Estate is a family-owned working farm perched on the east coast of Angus, Scotland. Where crop is king and all involved are the craftsmen of the soil. This is an estate profoundly shaped by its environment: the red sandstone-tinted soil, the powerful sea and the turbulent weather give Arbike a character found nowhere else. 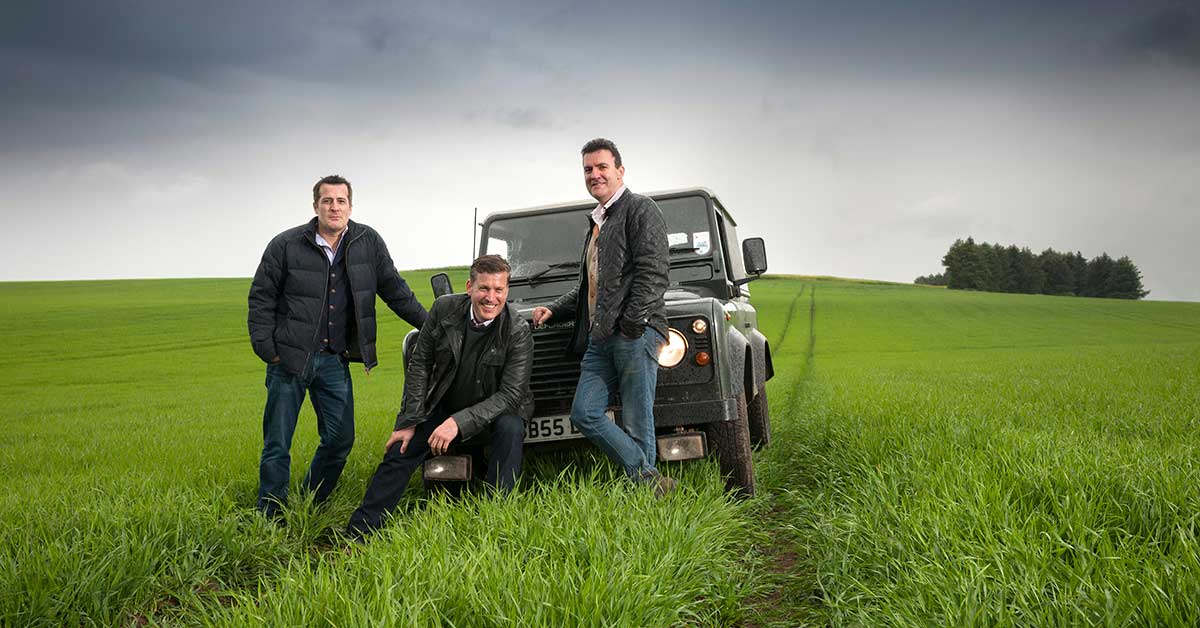 The Stirling family has been farming at Arbikie for four generations and from father to son, have gained an intuitive understanding of the land, sowing and harvesting the crops that now create Arbikie’s range of field to bottle premium spirits. With records showing a distillery situated on the original farmland, dating back from as far back as 1794, the essence of Arbikie runs as true now as it did then in it’s ‘field to bottle’ distilling. This approach has inspired the founding family to create spirits in this same way, every ingredient possible grown on-site; a rarity with other big companies producing spirits as a global commodity.

“It is the creation of our own spirit that sets us apart. As a field to bottle operation, we grow, distill and bottle on our farm.”

All Arbikie products are available in SA with thanks to Covert Africa, specialising in premium spirits and boutique liquor distributions. At the end of the article, make sure to head on over to Covert Africa to find out where you can purchase and which bars and premium venues stock each product. 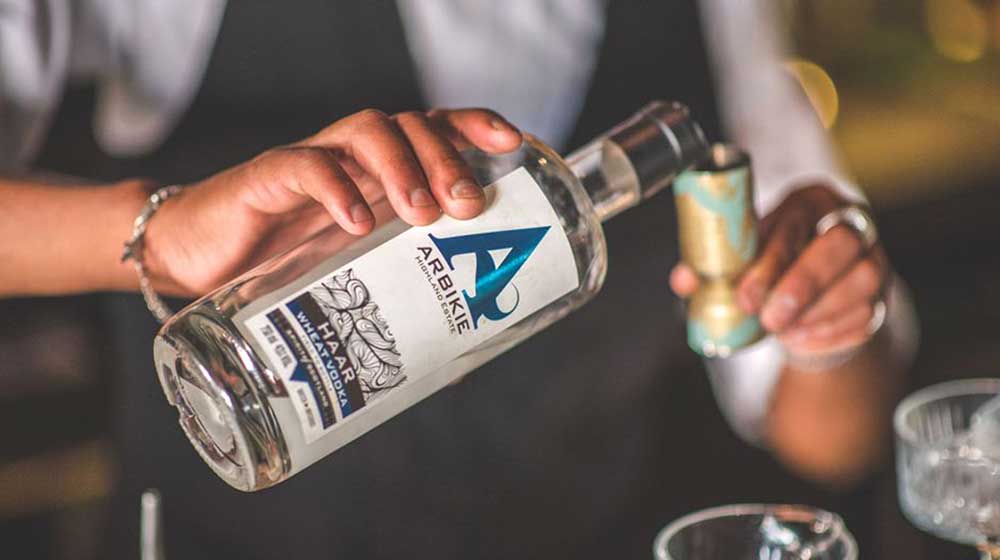 Arbikie Haar Vodka is named after the rolling and chilly coastal fog that frequently envelops the distillery. This evocative Vodka is creamy with hints of vanilla, spice and caramel. 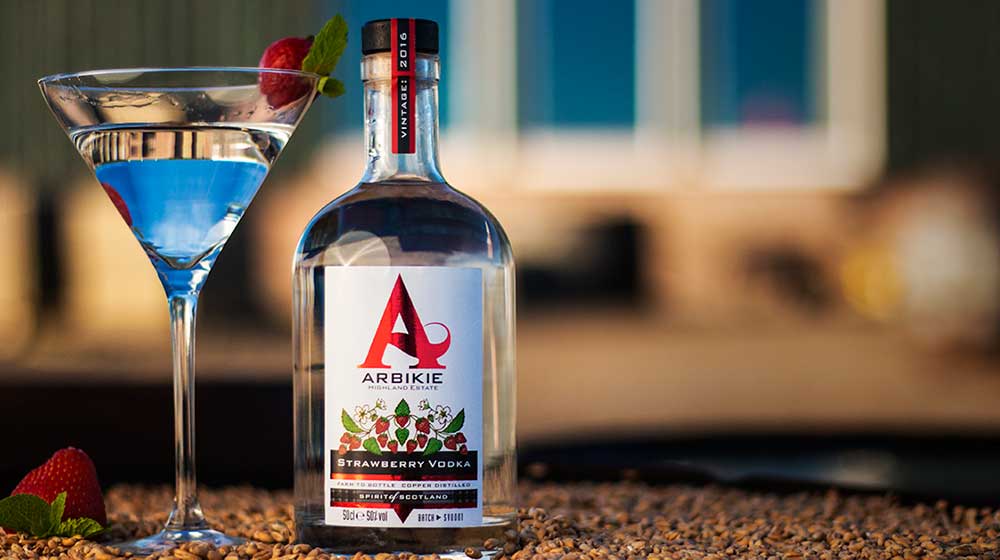 Arbikie Strawberry Vodka is the product of nature and nurture: full of authentic flavour, pure and proudly chemical-free. Also boasting its own unique vodka vintage, because no two crops are ever the same and the fresh strawberries change subtly in flavour each year depending on

Tattie Bogle Vodka is Scotland’s first potato vodka, and named after the “Tattie Bogles” (the ancient Scots name for potato scarecrows) that once stood sentry on the Arbikie fields. Using Maris Piper, King Edward and Cultra potatoes, all grown on the family farm, these potatoes are picked at a time to ensure their creamy character stays alive all the way to the bottle, producing an ultra-smooth vodka of unrivalled character with a silky, creamy finish. 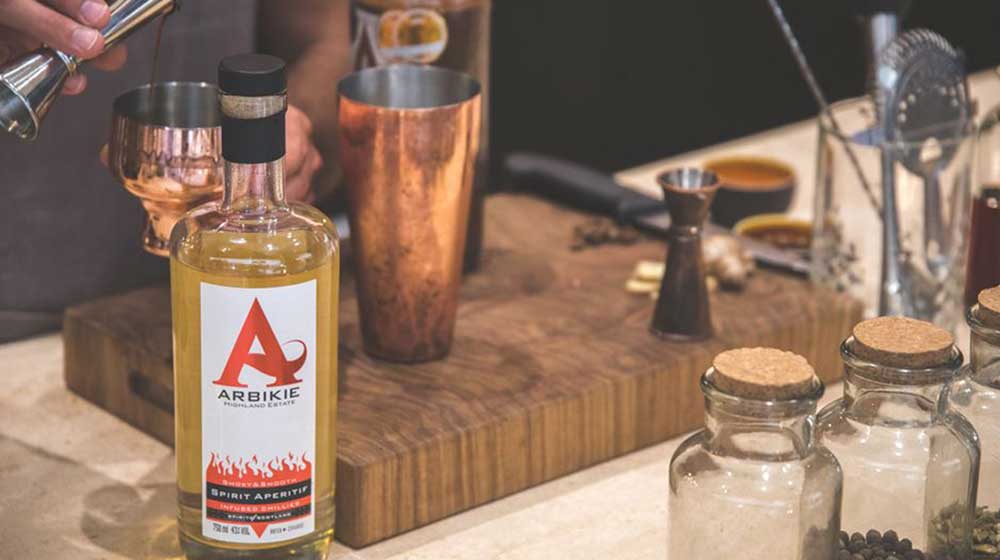 Arbikie Chilli Vodka captures the smokiness of the chipotle (also grown at the farm) and the earthiness of our potato vodka to create a perfect blend of spice and flavour. The chipotle chillies are soaked in the vodka to create a natural product with no extracts, colourings or concentrates, a unique drinking experience that is as much about heat as it is about enjoying the smokiness of the chipotle.

AK’S Gin is distilled using wheat farmed at Arbikie. It’s flavoured with fresh honey, black pepper and cardamom chosen by our Master Distiller, Kirsty Black. The honey originates from our bees that forage the local area. The Zulu wheat is grown in their own fields, a stones-throw from our distillery. 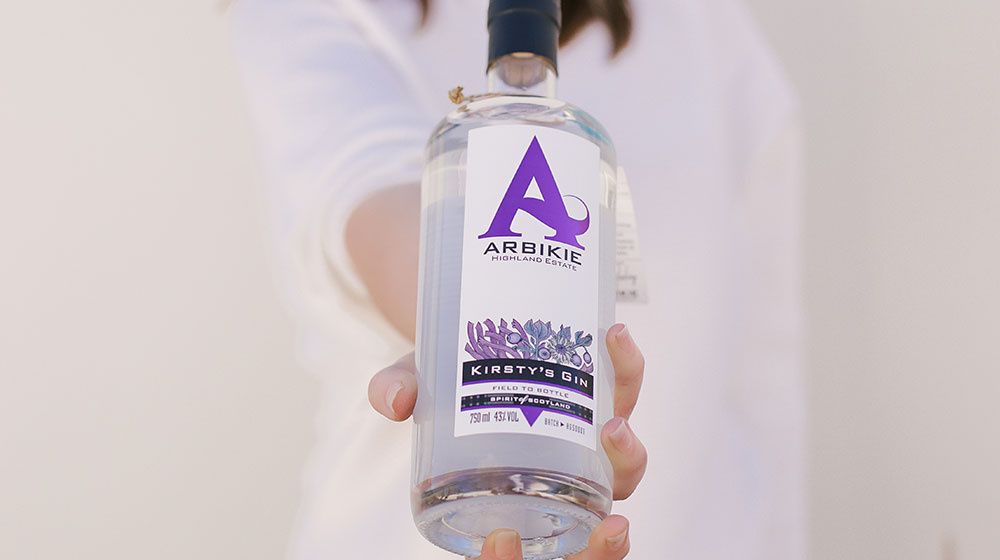 With only 1220 bottles available globally this is a wholly unique luxury whisky release.