Everything you Need to Know about Coffee

You most likely drink a cuppa Joe every day but perhaps don’t know how it came to being the lauded hot beverage that it is. We’ll teach you everything you need to know about coffee right here… 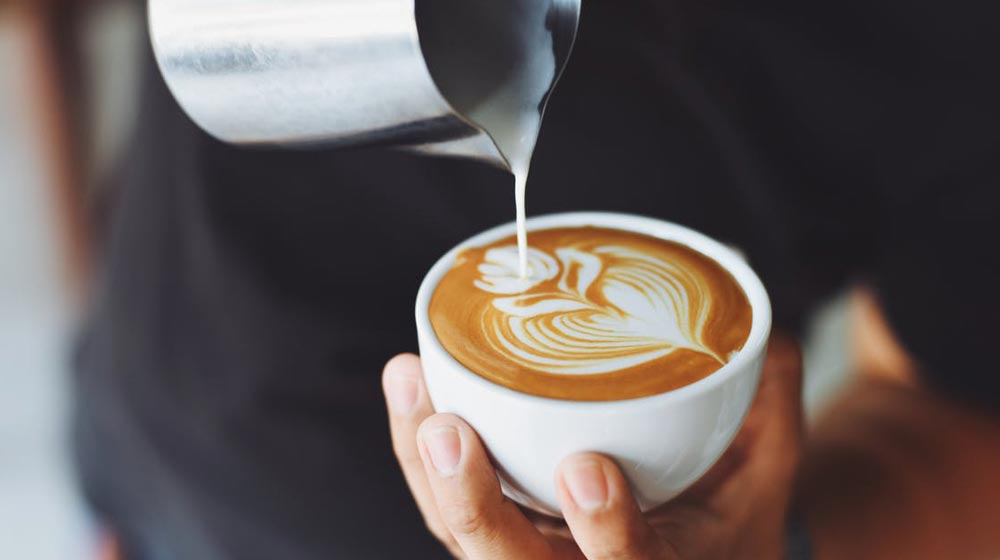 Let us introduce you to the legend of Kaldi the goat herder, who unwittingly discovered the effects of the coffee cherry. Deep in the Ethiopian highlands, while Kaldi was caring for his goats, he noticed that they became more energetic and lively after eating berries from a particular tree. Kaldi picked these cherries and took them to his local monastery, where the local abbot experimented with the fruit.

The abbot made the cherries into a hot drink and discovered it had revitalising effects, with the capability of keeping him awake for long hours of prayer. This is the legend of how the caffeinated drink we know today was discovered, and slowly the knowledge of the drink spread to the Arabian Peninsula.

Coffee seeds have found their way to new lands and coffee trees have been planted worldwide.

In only 100 years, coffee has established itself as a sought-after commodity throughout the world. Plantations have been established and many economies now rely on coffee as an export crop.

Everything You Need To Know About Coffee Beans

The Arabica bean differs from its counterpart the Robusta, in that it is flatter and slightly longer in shape. It produces a milder coffee that has a softer aromatic flavour.

Did you know? Coffee is a most complex beverage, boasting over 800 flavour and aroma influencing components. Wine, by comparison has only 150.

Facts You Should Know About Coffee

The coffee bean does not just fall off the coffee tree and get shipped to your local supermarket. It takes three-to-four years for a coffee seed to grow into a tree that produces coffee beans. The process starts with the coffee cherries, which take nearly a year to mature after the flowering of the fragrant, white blossoms.

Coffee trees can live for as long as 20-30 years and are capable of growing in a wide variety of climates. During harvest, coffee cherries are hand-picked. It takes roughly 2,000 cherries (4,000 beans) to produce 450 g of roasted coffee! Roasting is a temperature controlled process that transforms the raw coffee beans into the fragrant, dark brown beans with which we are most familiar.

PRO TIP! Once roasted, the beans should be used as quickly as possible before the flavour and aroma can weaken.

Possibly the single most important consideration in the pursuit of the perfect cup of coffee is to buy your coffee whole (as in non-ground) and to grind it yourself just before brewing.

Everything You Need To Know About Coffee Roasts 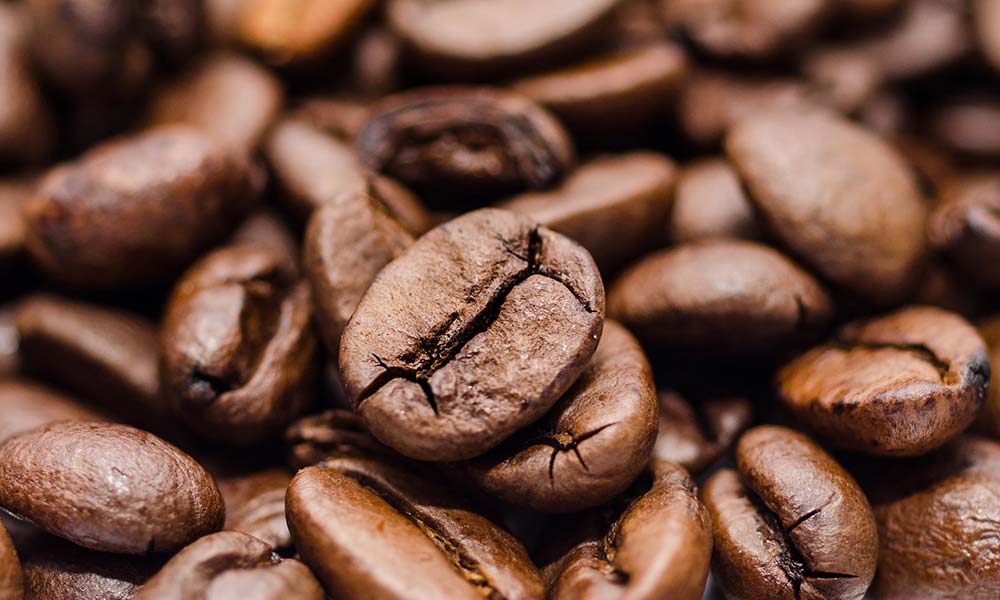 There are four distinct colour categories, but never be afraid to ask what roast you are getting before you buy.  There can be a world of difference between roasts!

Light brown colour. The bean is not roasted for long enough for the oil to surface on the bean and so it creates a milder coffee.

Medium brown colour. It too has a non-oily surface, however, it does have a stronger flavour, which is preferred in the US (often referred to as the ‘American Roast’).

Rich, brown colour. Some oil on the surface of the bean, which gives a strong flavour with a slight bittersweet aftertaste.

Dark, rich colour. These oily-surfaced, shiny black beans are roasted for a long time in order to achieve their pronounced bitterness. (SIDE NOTE: the darker the bean, the less acidity you will taste in your coffee).

But what about blends?

A blend is where two or more different roasts from different regions are blended together to create a unique coffee flavour profile. In ancient times, when coffee was shipped from the famous Yemeni port of Mocha to destinations all over the world, the word ‘Mocha’ became synonymous with Arabian coffee.

A note on flavour: Trying to pinpoint the different tastes and flavour notes of individual roasts is as personal as putting the taste of wine into words. In both these instances, there is nothing better than your own individual palate, so taste test to your heart’s content, and explore your favourite way to drink coffee as well.

What are the Four Villains of Coffee?

So, the best way to preserve your coffee is to store it in an airtight canister in a cool spot, because no one has time for bad coffee. Don’t know what bad coffee is? We got you covered on how to spot bad coffee.

Everything You Need To Know About Coffee Around The World

The best environments for the growth of coffee trees are at high altitudes in a tropical climate. These conditions are generally found around the Equatorial zone, between latitudes 25 degrees North and 30 degrees South. Coffee trees need rich soil and enough moisture to thrive.

Nature provides a perfectly balanced environment for coffee trees to grow on the slopes of the active Mauna Loa volcano. Young coffee trees are planted in black, volcanic soil. Kona coffee is carefully processed and produces a delicious, rich and aromatic cup of medium-bodied coffee.

Ranked as the second biggest coffee producer worldwide. The rocky landscape and terrain make it incredibly difficult to harvest and transport the beans. Such care and attention to every element of the coffee production has produced a consistently good coffee bean, with a mild flavour and well-balanced acidity.

The biggest coffee producing country in the world. The coffee plantations in Brazil often cover huge areas of land, need hundreds of people to manage them, and produce enormous quantities of both Arabica and Robusta beans. Brazilian coffee is medium-bodied and sweet, with a low acidity.

You remember the legend of Kaldi? Well, coffee Arabica is a descendant of the original coffee trees discovered in Ethiopia. In the cup, Ethiopian coffee is bold and assertive; it is earthy and full-bodied.

The Arabian Peninsula was first to commercially grow and cultivate coffee and it is an age-old technique which results in Yemeni coffee having a distinctive taste that is deep, rich and like no other.

Although the Arabs tried to control the monopoly on the coffee trade, eventually the Dutch succeeded in obtaining some seedlings. Thus coffee production was introduced to Indonesia. Several of the larger islands – Sumatra, Java and Sulawesi are known throughout the world for their fine quality coffees. Indonesian coffees are renowned for being rich, full-bodied and having a mild acidity.

The Devil in the Darkness

By the 17th century, coffee had made its way to Europe and was becoming popular across the continent. There was strong opposition to the roasted brew, with many calling the beverage the ‘bitter invention of Satan.’ In 1615, the local clergy in Venice condemned the drink.

The controversy was so great that Pope Clement VIII was asked to intervene. Before making a decision, however, he decided to taste the beverage for himself. He found the drink so satisfying that he gave it Papal approval.

Everything you need to know about coffee and more…

Everything you need to know about coffee doesn’t actually stop here, coffee actually has a multitude of functions that you may or may not know of. Coffee and cooking go hand-in-hand for example, and we have some killer savoury and sweet coffee recipes to prove it.