Different Types of Bread From All Over The World

Bread has been around for the last 30,000 years. In that time, it has taken on many different forms and flavours across the world. However, one thing has remained consistent, bread is a staple in many cultures. From simple white bread to naan bread, it’s undeniable that this humble food of the people is incredibly delicious. 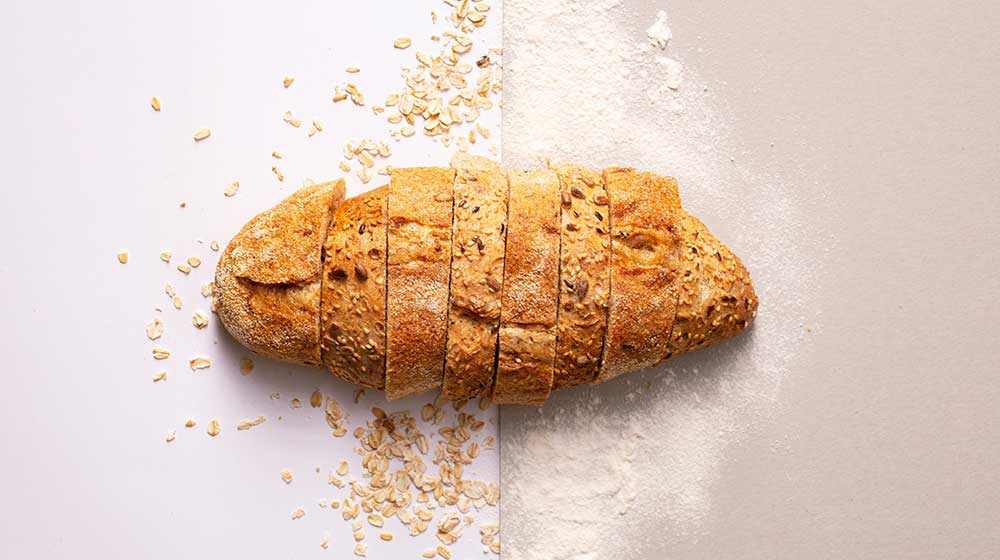 Sliced bread first came onto the scene in the late 1920, this new modern way of making bread catapulted white bread into popularity, so it became seen as a symbol of industrialisation. This specific type has been a contentious point of debate over the years, with nutritionists claiming that white bread is unhealthy seeing as the pre-sliced stuff can be highly processed. It is quick and easy to digest but has little nutritional value unlike whole wheat bread.

Depending on which way you look at it, this is the oldest form of bread of the bunch. On top of that, whole wheat  is also probably one of the best breads health wise (the homemade version). Whole wheat is made from flour that uses the entire grain. It offers more protein, fibre, and vitamins than its white bread counterpart.

Rye bread has a distinctive taste that almost everyone notices. It should have almost an earthy taste, full of character and flavour that fills the whole mouth. This comes from the rye flour and the caraway that is used. Rye bread can come light, medium or dark, depending on which part of the rye berry is used to make the flour. Although in the US, it is typically made from whole wheat flour. This bread’s textural composition makes it perfect for deli sandwiches, or for eating solo with a butter or cream cheese.

If there was a popularity contest among bread types during lockdown, sourdough would win it by a landslide. It seems like almost everyone has tried their hand at making sourdough during the Covid-19 pandemic. It is made through a relatively long fermenting process using a sourdough starter (yeast, flour, and water that has been fermenting for over several days) to make this slightly sour bread. Sourdough’s flavour is what makes this type of bread stand out, ranging from mild to strong. A chewy texture with a crispy crust is the true sign of a great sourdough. Sourdough is also on the healthier spectrum. It’s better for blood sugar control and is more nutritious than other types of bread. Check out our twist on sourdough, hint: pumpkin is involved.

This originally German bread has made it way across the world and for good reason. Pumpernickel is a type of rye that is made from coarsely ground rye flour and can take up to 24 hours to bake. Pumpernickel is also filled with resistant starch, which benefits blood sugar because it doesn’t digest easily. It also has a low glycemic load, much lower than that of white or even whole wheat bread. 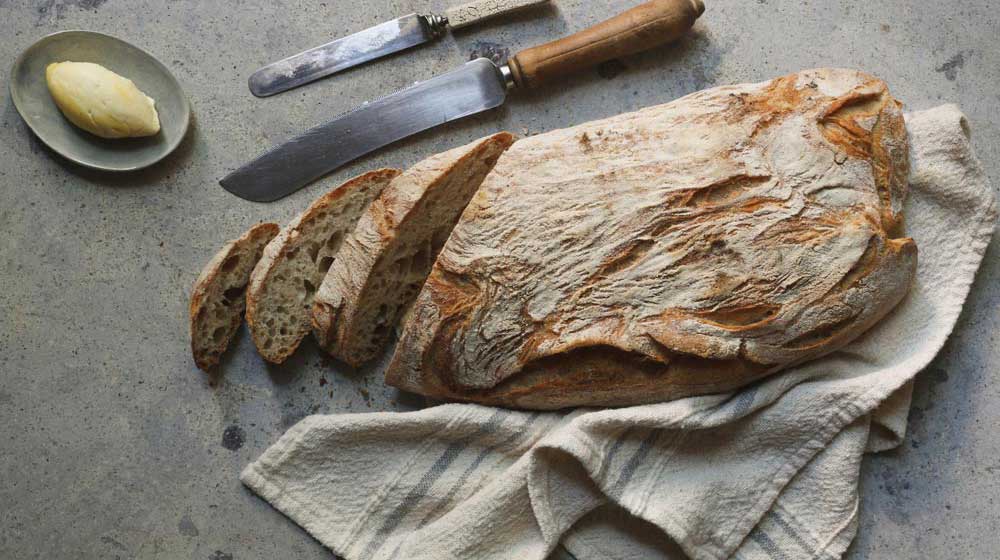 Another popular lockdown bread! This Italian bread typically does not contain any fat which creates a very chewy texture. It’s usually made from white flour and was created in response to the French baguette. Ciabatta is perfect for sandwiches and panini’s. Fun fact: Ciabatta means slipper in Italian. No need to search the internet for a recipe, we’ve got the perfect ciabatta one already.

Multigrain is a variation of whole grain bread. Multi grain means that more than one grain was used in making the bread. These grains can include cornmeal, buckwheat, barley, wheat, oats, flax and millet. Because multigrain uses various grains, it leaves room for it to be processed or refined. From a health point of view, whole grain might be the better option health wise.

Whole grain bread means that the whole grain must be used and include the endosperm, bran, and germ. It also can’t be processed or refined. This means that nutrients like copper, magnesium, zinc, iron and B Vitamins remain intact. Taste wise, they both are moist breads with an earthy flavour.

This Irish bread doesn’t require a lot of effort to make, which makes it a favourite among ‘lazier’ bakers. Soda bread uses baking soda (it’s in the name!) as a leavening agent instead of yeast. It also uses buttermilk, soft wheat flour and salt. The crust is quite thick and has a relatively mild flavour. A plus of this bread is that it’s sugar-free and quite low in saturated fat and cholesterol. Tip: some bakers like to add raisins to give it more of a slight sweet flavour. The texture is almost like a really big scone – delish with melted butter straight outta the oven! 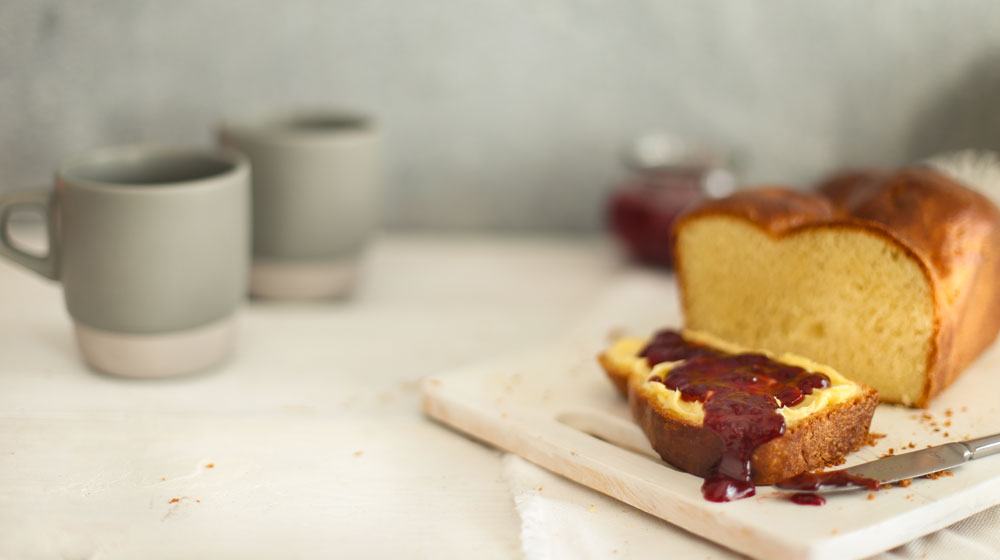 Hailing all the way from France, this soft, fluffy bread is almost like a pastry. Brioche has a slightly sweet flavour and cakey texture that people gravitate towards. Brioche is made from an enriched dough, using butter and eggs making it less healthy but very delicious. Because it’s not like most breads that are made from yeast, flour and water – the yeast in this bread doesn’t get along with the eggs and the butter, placing it on the more difficult side to bake. If you want to try your hand at making brioche, we’ve got a recipe that will make you feel like an all-star baker.

Another bread originating from Italy. This flat, yet moist dimpled bread makes it perfect for dipping and to eat along pasta. Focaccia is baked at a high temperature in sheet pans and is topped with olive oil, salt and rosemary. Some bakers like to brine their dough with water and olive oil for twenty minutes up to a couple of hours before baking to give it more moisture. We’ve got a focaccia recipe that is not only easy to make but incredibly delicious. Try this homemade BLT Sandwich with Avo, hugged between two layers of homemade focaccia. 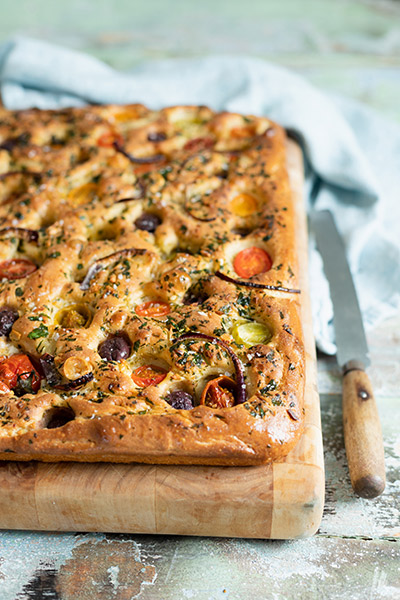 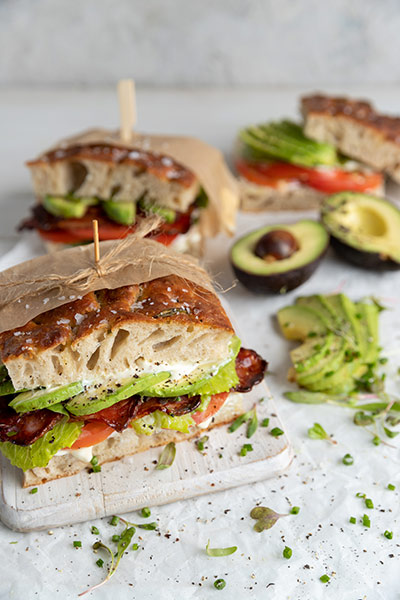 This thin French loaf is made from flour, water, salt, and yeast. The ingredients are quite simple but it’s the baker’s technique that elevates an average baguette into an amazing one. In France, there are several types of baguette; each with its own specificities. The only thing that changes is the crust and shape, the recipe stays the same. Baguettes are perfect with wine and cheese, but we have a feeling you already know that. Check out our no-fail baguette recipe.

Pita has been around for over 4,000 years and is originally from the Middle East. These pocket-type breads keep all the fillings inside contained and are also perfect for dipping into hummus, tzatziki or what have you. The reason why pita have pockets is because of how it’s made. It is cooked at a high temperature which causes the dough to puff up.The end result, a handy interior pocket when it has cooled down. If you’re thinking of what to make dinner tonight, this delicious mediterranean lamb meatball recipe goes amazingly well with freshly made pita. 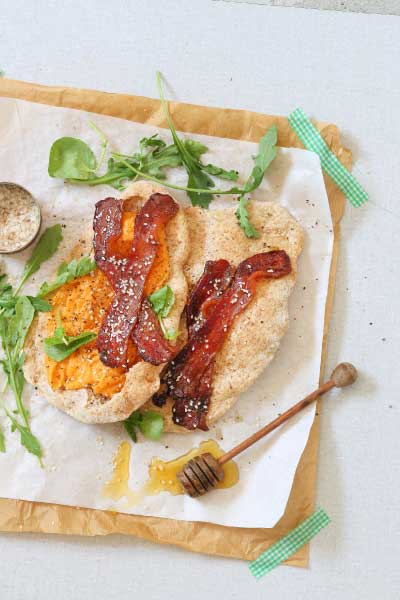 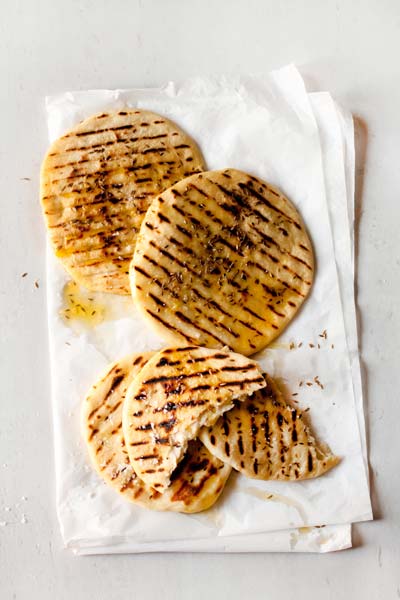 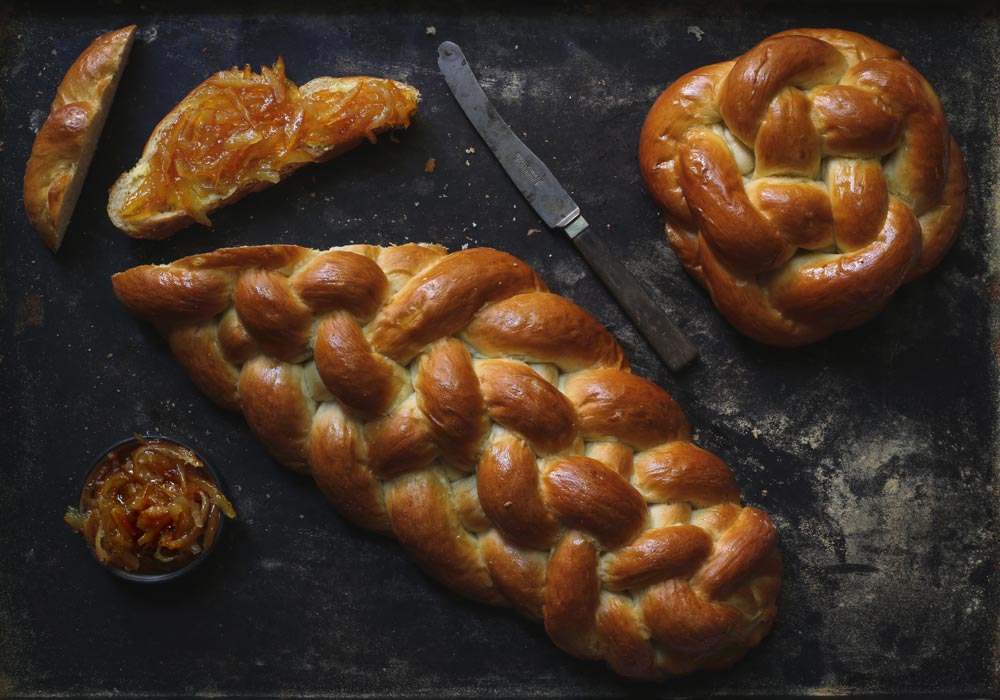 Challah/Kitka is a kosher braided bread from Jewish cuisine and is often eaten during ceremonial occasions such as Friday night Shabbat and major Jewish holidays, like Rosh Hashanah and Purim. It’s quite easy to make, it’s simple dough is made with eggs, water, flour, yeast and salt, it’s the braiding that makes this bread kind of tricky. This bread is very rich in flavour, so much so that we now see the popularisation of it, including using it for French toast. We’re sure you’re curious on how to make your own, so don’t miss out on our Challah recipe.

This oven-baked flatbread is a staple in Indian cuisine but also in other Western Asian cuisines. There are many variations to this bread, garlic naan, cheese naan and so forth. Similar to pita, naan is more moist and tender than pita but unlike pita, it is cooked on a griddle with less heat which causes less bubbles to form than pita. The ingredients to make naan are also quite simple, water, yeast, flour, salt and eggs. Next time you decide to make a curry, why not try making your own homemade naan as well. You can check out our naan recipe here. 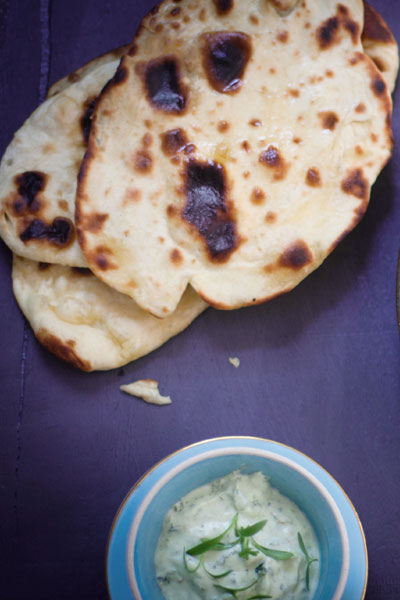 Share35
Tweet
Pin7
WhatsApp
42 Shares
It’s Time To Stop Being Afraid Of Potatoes
If You’re Making Bread, You Should Know the Different Types of Yeasts