Get to Know Different Types of Cured Meats

Is there a better snack with a glass of wine than a charcuterie platter? We think not. But do you know the difference between the cured meats you’re eating? A lot of these meats go through a similar process of curing, where they are mixed with a salt-brine or cure, and then left for a certain period of time. Many of these products are similar, they’re just called different names depending on the country they come from. We run through some of the most recognisable cured meats you’re likely to find on your platter. 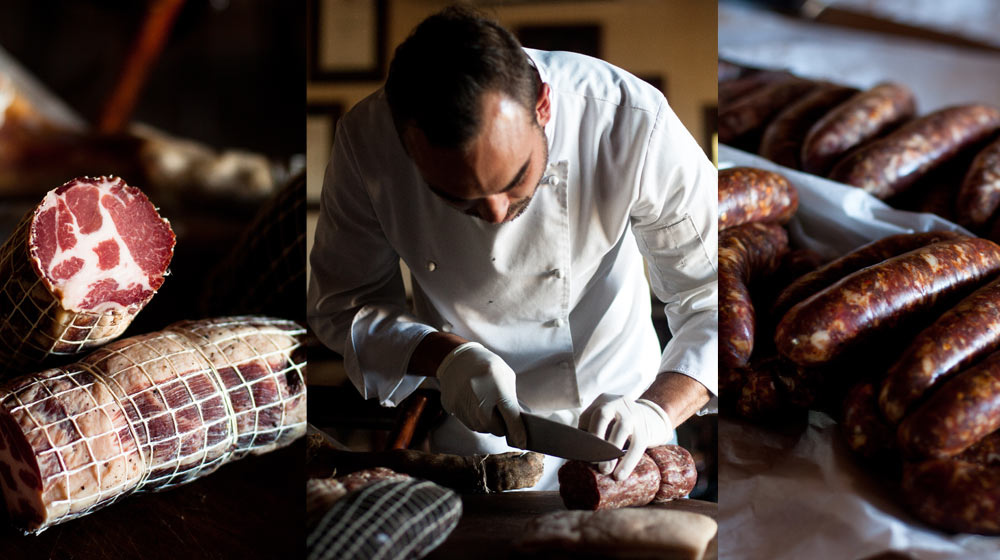 This is one of the most classic cured meats you’ll find on a charcuterie board –saucisson sec is a thick, dry-cured sausage, similar to a salami. It’s usually made of pork and is flavoured with garlic and black pepper. You can also find variations on a saucisson sec depending on which region of France, such as saucisson d’Arles, saucisson d’Alsace and so on.

‘Jambon’ in French is defined as ham, so you may find any number of styles of jambon in French charcuterie but jambon de Bayonne is one of the most famous. Named for the region of Bayonne (an ancient port city in the South West of France), jambon de Bayonne is known as the Champagne of ham. Not only because of its incredibly delicate flavour but also because it can only come from the Bayonne region.

Prosciutto, the dry-cured Italian ham, is made from the whole hind legs of pigs and can often be served by slicing the meat straight off the dried leg. The process of making Prosciutto di Parma is a treasured one that is nearly 500 years old. The name ‘Prosciutto di Parma’ is also protected, meaning that the pigs, the process and the products themselves, are governed by strict quality controlled guidelines.

A classic Italian cold cut that is flecked with pistachios, black peppercorns and chunks of pork back fat, generally flavoured with nutmeg and coriander. Mortadella is a product of Bologna, so sometimes when Americans refer to Bologna sandwiches (i.e Joey in ‘Friends’), they are talking about Mortadella.

Speck comes from the northern Italian region of Alto Adige, where the cool, dry climate is ideal for curing meats. As with prosciutto, speck is made from the hind leg of the pig. Speck goes through a two-part curing process. Initially, it is rubbed with a blend of spices and salt-cured and then it’s cold-smoked. Though the specific recipe of spices is a well-kept secret, it’s usually a blend of juniper, pepper, bay leaves and garlic.

Pancetta is basically bacon, but where bacon is cured and then smoked, pancetta is simply cured with aromatics. Pancetta comes from the pork belly and, like bacon, needs to be cooked before being eaten.

Guanciale is made from the pig’s cheek or jowl and is exceptionally fatty. It’s cured with salt and then usually has loads of pepper, bay leaves and juniper berries added to it. It can be eaten raw but is actually best when cooked and is believed to be the secret ingredient in carbonara and amatriciana sauces.

Lardo, as the name suggests, is cured fat. Cured pork back fat to be exact. While this may sound like one of the cured ingredients you would want to cook with, it’s actually at its most delicious atop a warmed piece of crusty bread, where the gentle heat melts the fat into the bread. 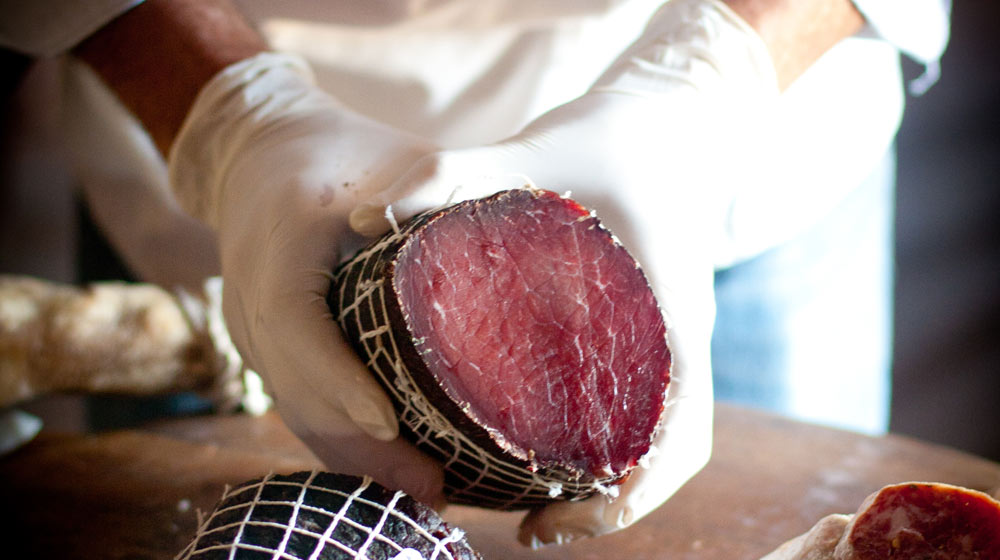 Bresaola is made using beef leg and is one of the few cured meats that doesn’t contain pork. The meat is cured in a mixture of salt and pepper and then hung to dry for several months; sometimes it’s also lightly smoked to complete the maturation process. 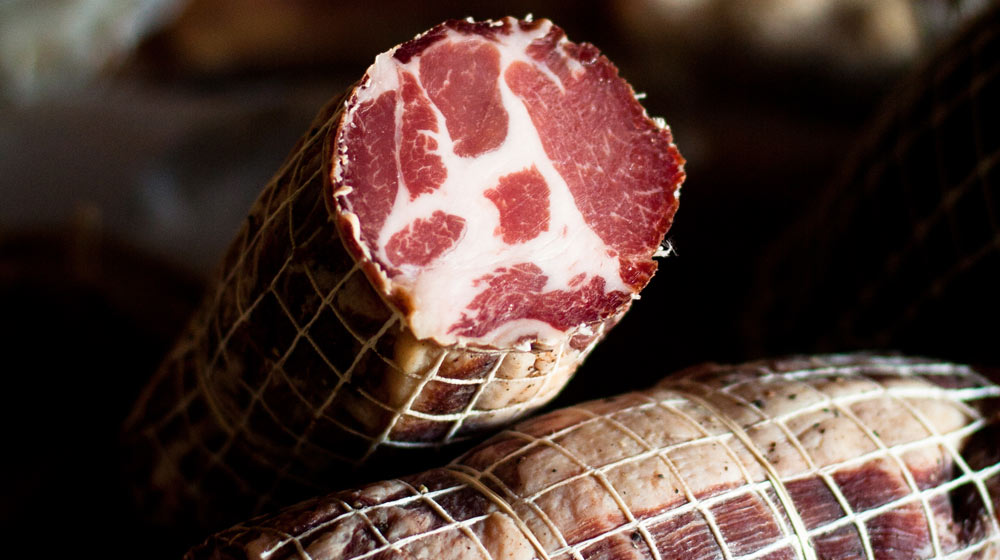 Coppa is recognised by its ruby red colour and glossy marbling and is made from a cut that comes from back of the neck and top shoulder of the pig. It’s cured using a traditional method but many recipes incorporate wine, garlic, herbs and spices in varying quantities before the meat is sealed in a natural casing for roughly six months.

Depending on which region of Italy your soppressata comes from, the term can mean two very different things. Sopressata can either be made from the leg of the pig or if it’s labelled as Sopressata Toscana, then it’s made with leftover cuts of meat. It’s similar to a salami, with spices such as origanum, garlic, cloves and chilli.

Jamon Serrano is special because it’s made using the leg of a specific pig. The protected cured meat come from white pigs of the Duroc or Landrace breeds, who were raised on farms and fed cereals and then cured in Spain for 8 months to two years.

This cured, air-dried Spanish ham, is considered to be one of the finest in the world. It comes from native Spanish Iberian pigs, colloquially known as pata negra (black feet) and is only produced in the south and south-western regions of Spain. It’s similar in style to Parma ham, although the flavours of the two are distinctly different. Jamon Iberico is classified according to how long it has been aged and what the pigs are fed on, amongst other things. Some of the finest Jamon Iberico comes from pigs who have been fed on acorns, are aged for up to 4 years. 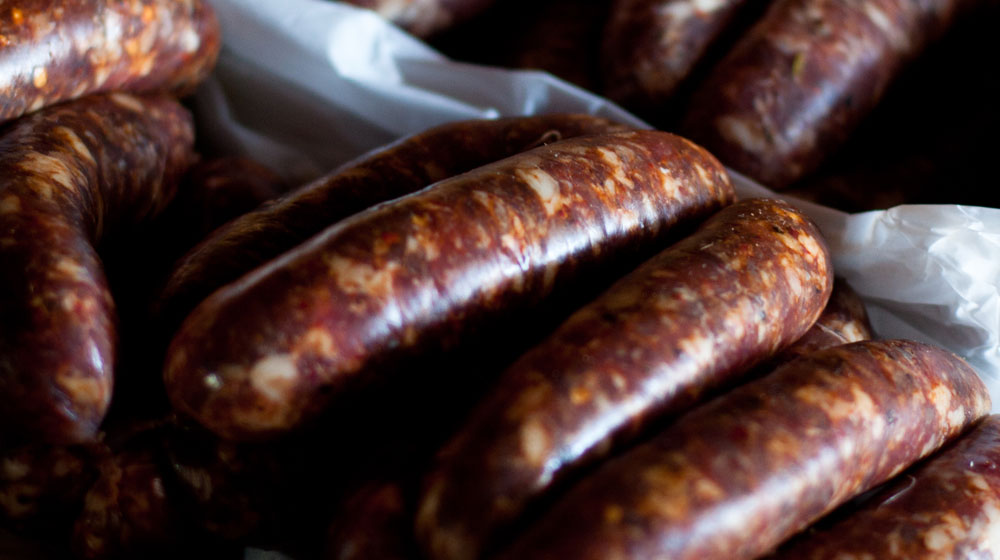 This spicy, Spanish sausage is made all over Spain and is popular all over the world. There are plenty of regional Spanish varieties but all are made with pork and flavoured with pimentón or smoked paprika. There are two types of chorizo available – an air-dried sausage that can be sliced and eaten like salami and smaller, fresh sausages, called cooking chorizo, that must be cooked before eating. Chorizo is available smoked or unsmoked, mild or spicy and can be flavoured with garlic or wine.

Morcilla is a Spanish, cured, blood sausage which is made from pork blood and fat. Morcilla is commonly made with onions or rice, though sometimes can it be made with luxurious ingredients such as pine nuts and almonds, too. Morcilla is best eaten sliced and fried in olive oil until crispy.

The word ‘lomo’ refers to the loin in Spanish, which is where this cured meat comes from. The loin is stripped of all of the fat and combined with a number of seasonings before being wrapped in beef skin and lightly smoked. It is then left to air dry for 4 months. 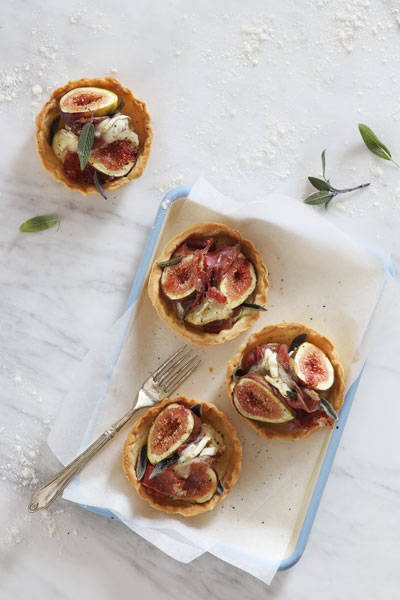 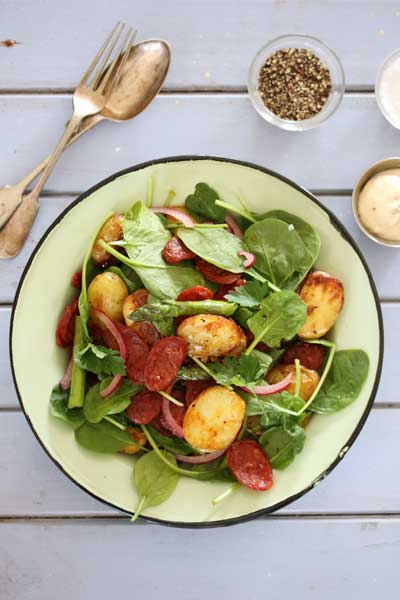 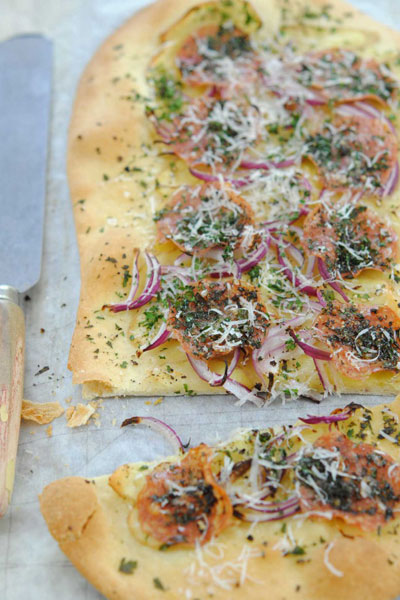