Michael Cooke at Camphors at Vergelegen

The gardens of Vergelegen Wine Estate are legendary. A staggering 3000 ha of ground extends out from the foot of the Hottentots Holland mountain range and is an ancient eco system that thrives with the biodiversity of the Cape. Magnificent Chinese camphor and oak trees dotted around the property have been there for over 300 years and their knotted trunks and massive green canopies create a secluded oasis quite unlike any other.

Nestled amongst the greenery is the estate’s fine dining restaurant, Camphors, named in honour of these mighty guardians of the property. Executive Chef Michael Cooke uses the surrounding nature as a constant source of creative inspiration and it’s easy to see why. The property is incredibly diverse and is a veritable chef’s playground, with each corner revealing a new secret. On one side of the property is a shaded, musty forest where wild mushrooms pop up overnight, right next door is a pretty ombré rose garden, where fragrant petals can be picked. Further over, in the heat of the scrubby veld, a gnarly bramble bush produces juicy blackberries and in another, fresh pears grow on ornamental trees. 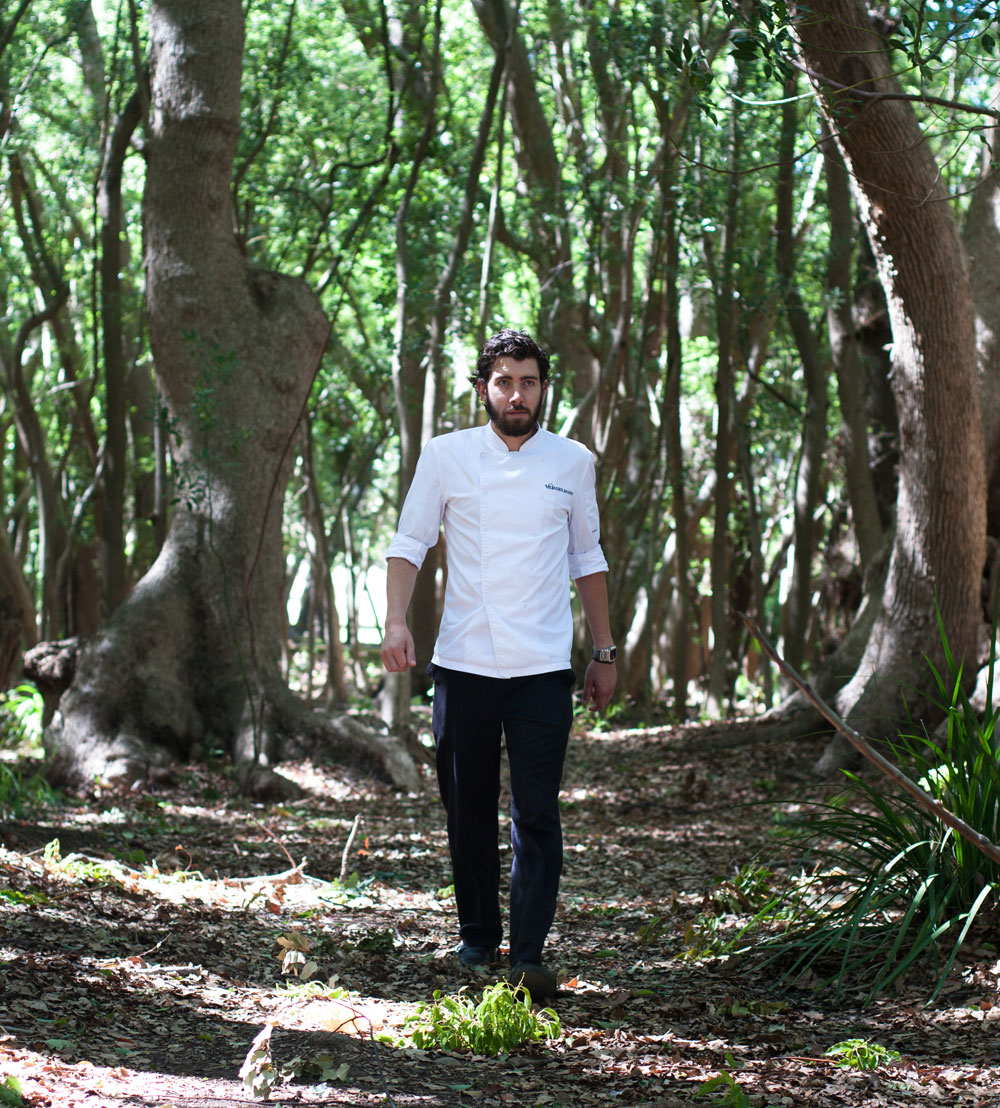 We spent the morning with chef Michael traversing the estate and gathering produce to prepare a signature dish. As we walk with him, his love of his craft becomes obvious; he speaks ardently about the wealth of the gardens and how he is inspired to uncover all that they have to offer. He sees both the kitchen and the garden as equally important learning environments and is passionate about grooming his kitchen team to become savvy foragers, who understand intimately where the produce they are using comes from. They head out at various times of the day to gather ingredients from around the property – some are found in the dedicated vegetable and herb garden, but many are from spots around the grounds that the team have identified – some of which are well kept secrets! Foraged ingredients include mulberries, wild mushrooms, wood sorrel, wild herbs, nasturtiums, rose petals, and other edible flowers, plants and berries. 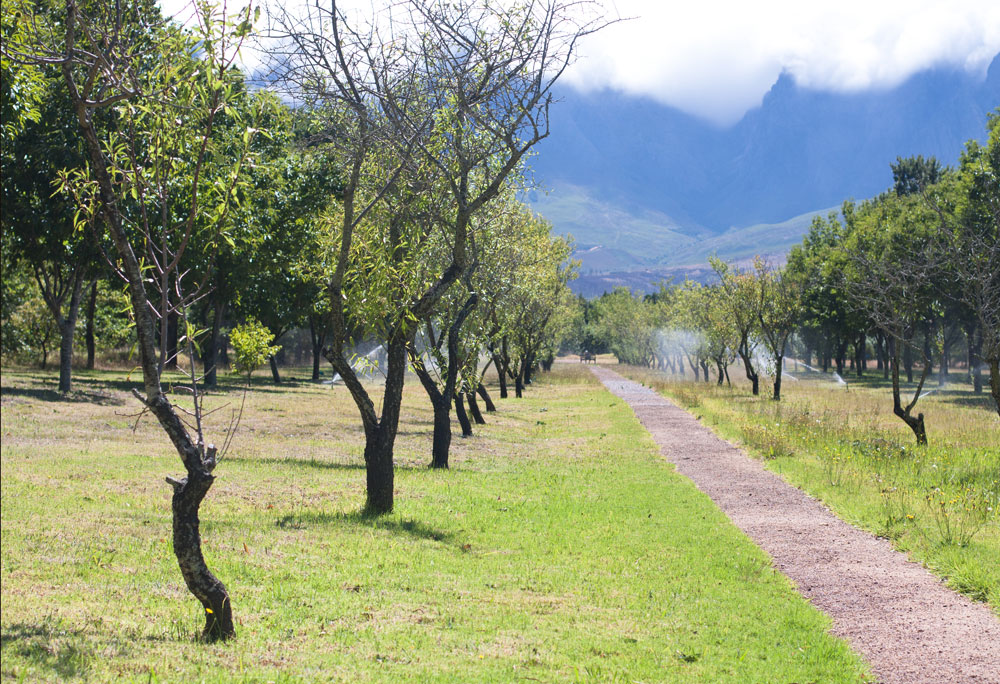 The almond orchards at Vergelegen 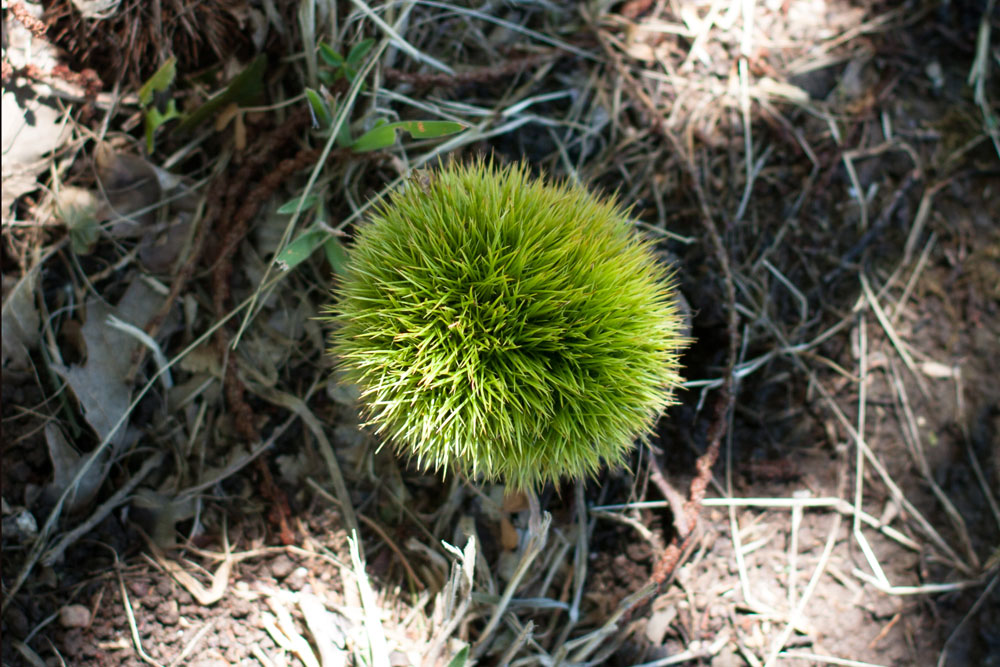 The almond orchard is flanked by rows of chestnut trees with the fruit of the trees encased in a rather menacing looking outer shell.

The beauty of a long-established and sizeable property such as Vergelegen is that it can offer so much in terms of produce – the trick is to work with nature in order to yield the very best. From his first day at the restaurant, chef Michael has documented what he has found in the gardens, noting the time of seeding, growth patterns and even optimal times of day to harvest. As we stand in the almond orchard, Michael tells us that being aware of nature’s cycles can literally be down to the minute – in the case of almond harvesting, the team has to be up at a certain time in the morning in order to be able to beat the squirrels. Leave it just a little too long and the wily forest creatures would have had their fill, leaving nothing left for the team to gather. 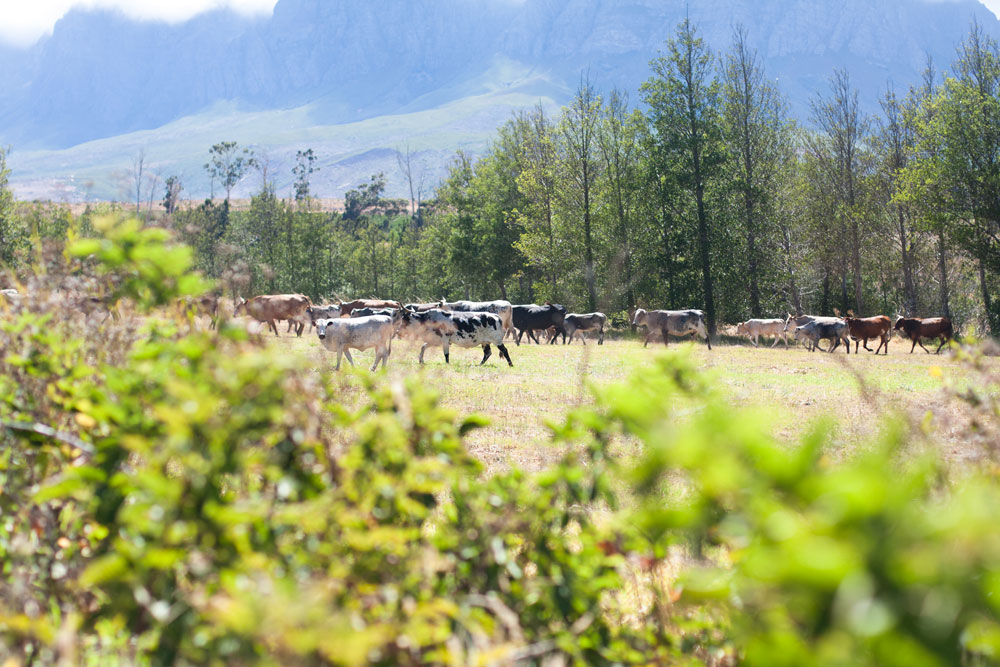 From the nut trees we move over to the blackberry bramble where experimentation is at work. Berries have been left on the bush for longer, using the same methodology as one would for a noble late harvest grape, allowing the sugars to intensify and the berries to sweeten. What look like late-season, dry, inedible berries can be rehydrated with liquid, or crushed to make a powder to add intense blackberry flavour. Nothing goes to waste. 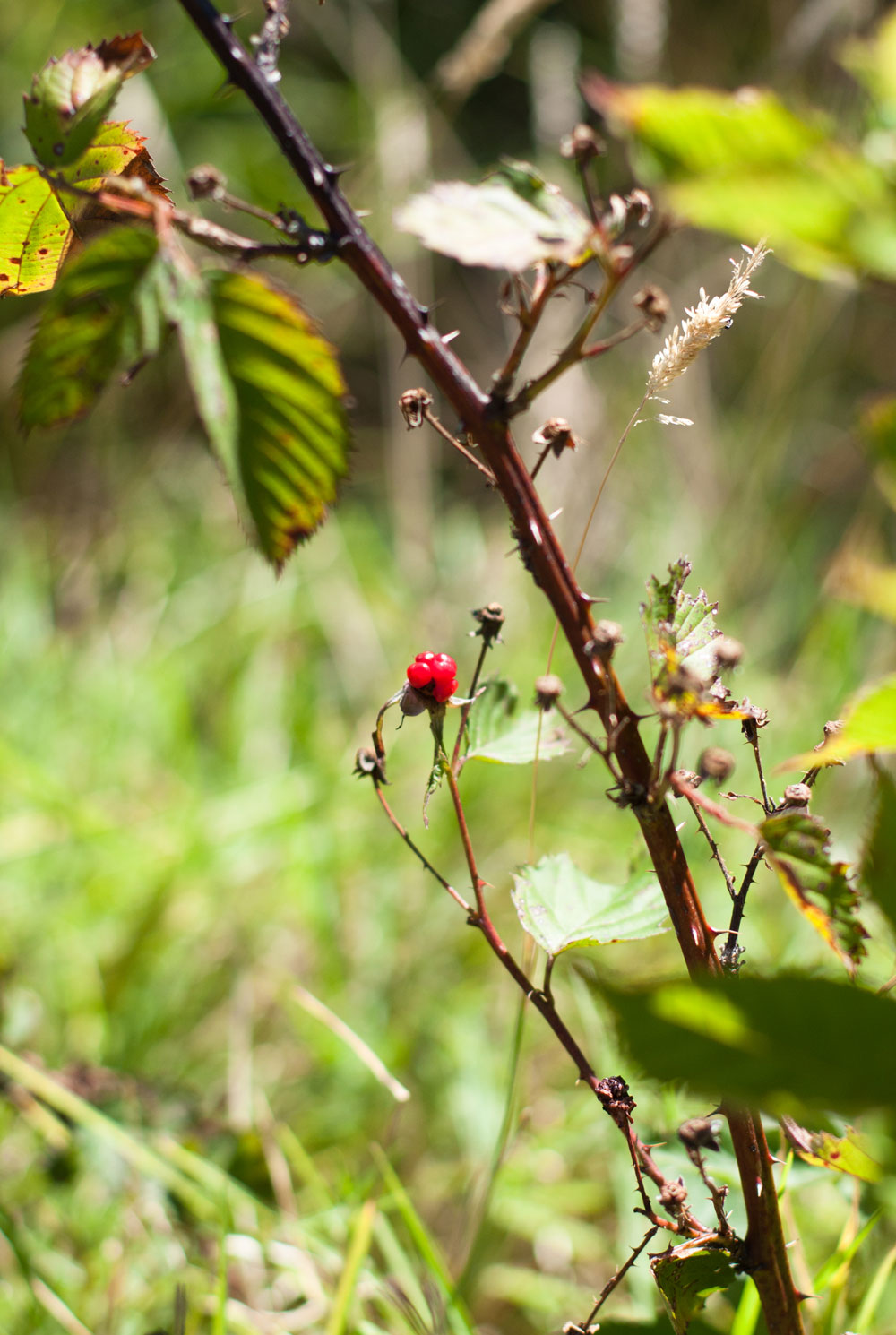 The beginning stages of a new harvest of blackberries.

Further on, past a field of varying shades of purple Agapanthus, is the beautifully hedged vegetable and herb garden. Michael works closely with the dedicated gardening team to ensure that they have a steady supply of healthy and nutritious produce available. As any gardener will know, Mother Nature is a tempestuous mistress, and keeping the garden ticking over is a delicate balancing act. This in turn means dishes on the menu need to be flexible in order to cater for what the garden produces. 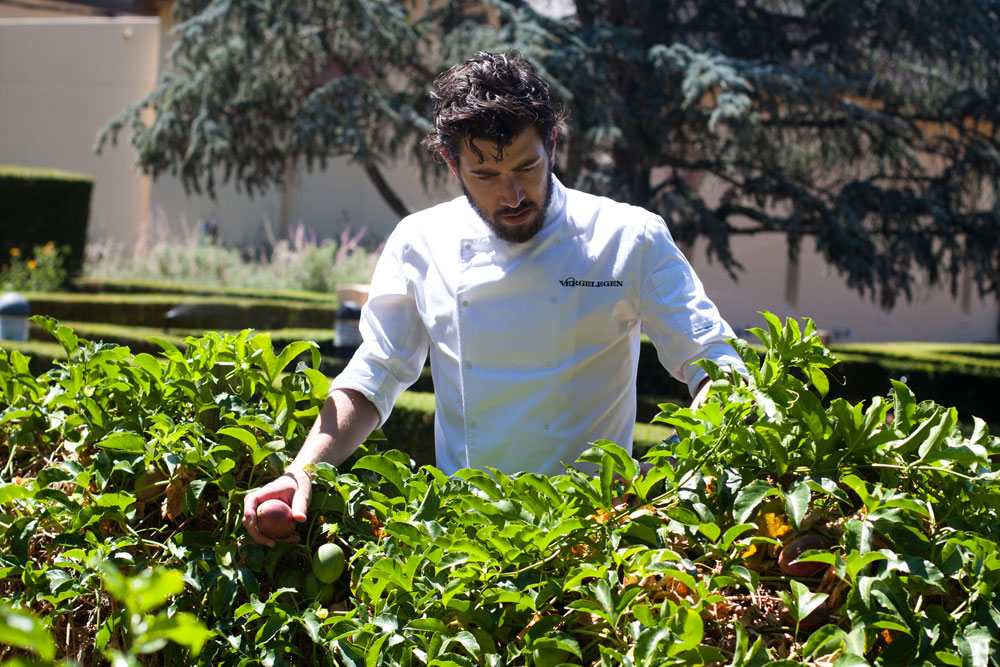 It is Michael’s belief that the menu of the restaurant should give diners a ‘sense of place’, so the menu and the style of plating is reflective of the estate itself. Guests should feel immersed in Vergelegen when visiting and the dining experience carries this idea through. The story of visiting the blackberry bramble will be told in the plating of the dish Michael is preparing. We gather beetroots, rhubarb and delicate elderberries and elder flowers for the dish, and then head back to the kitchen to see chef Michael in action. 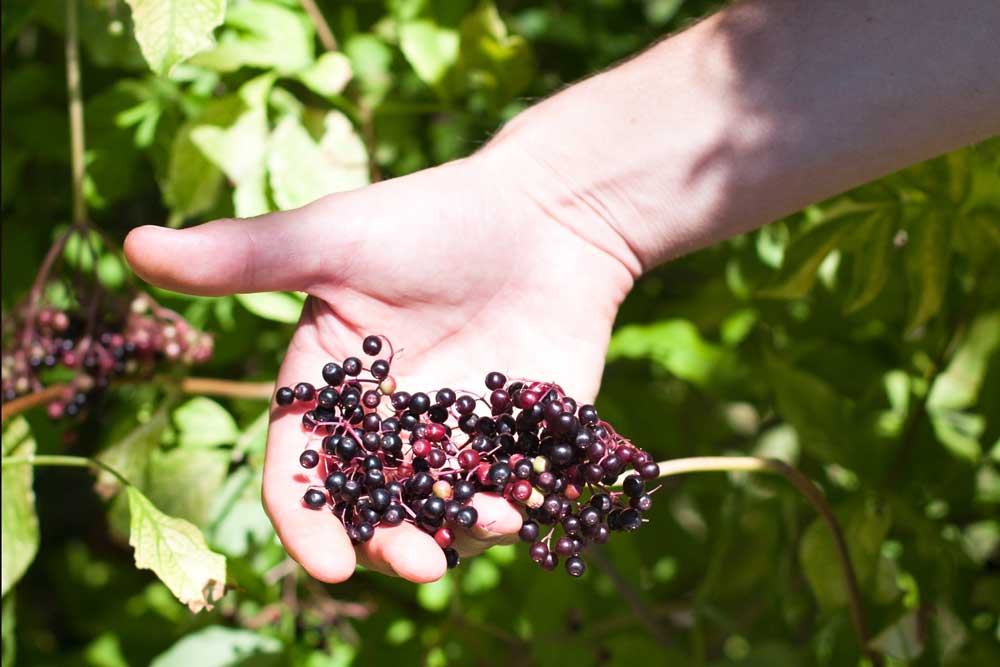 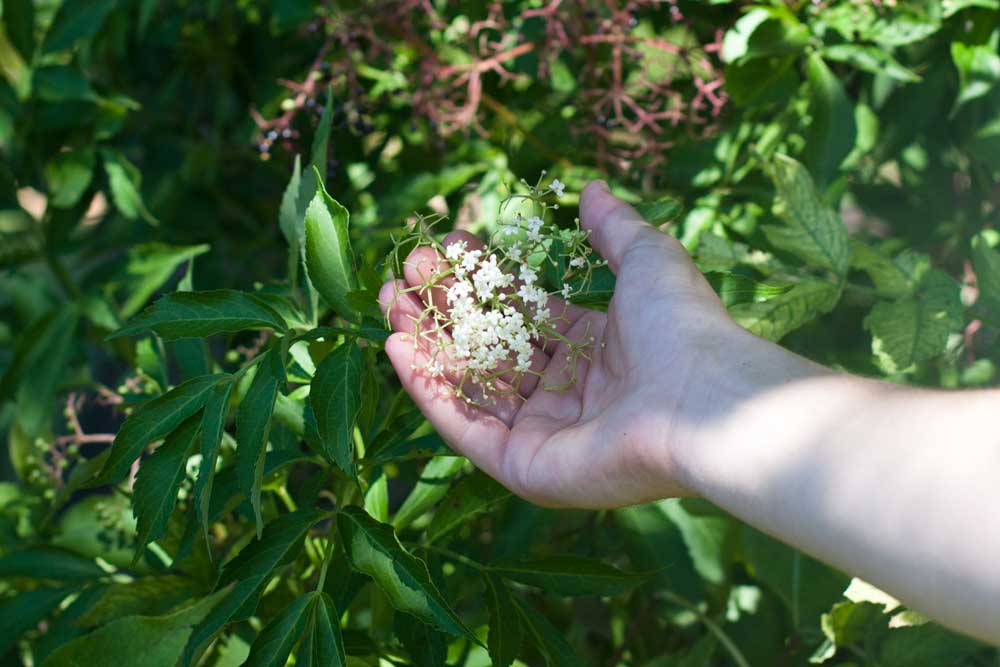 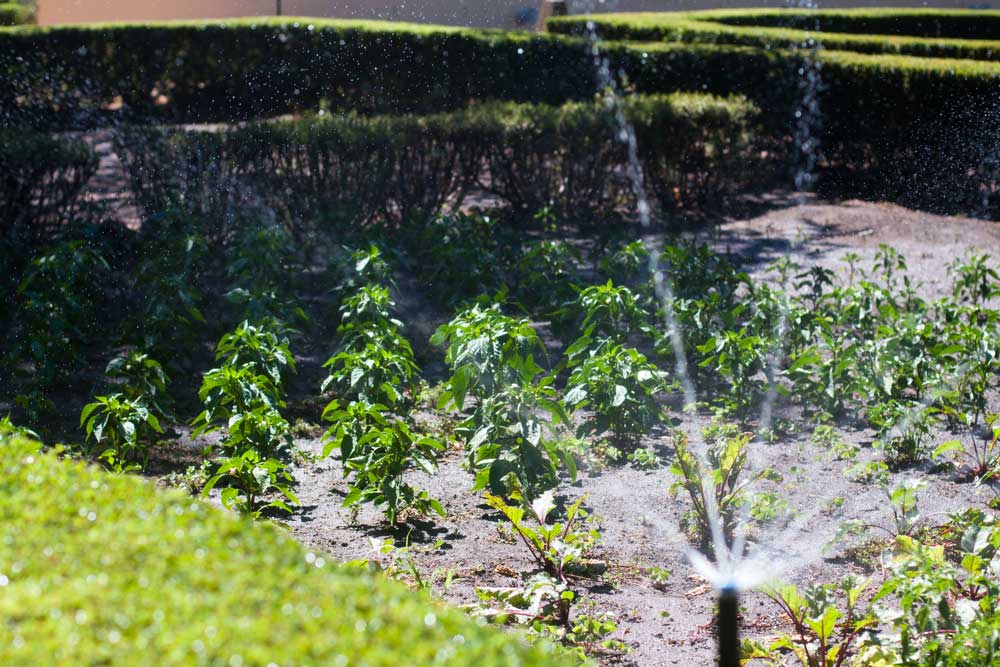 Back in the kitchen it is obvious that Michael’s attitude has raised a far more conscientious attitude to the approach of using fruits and vegetables. There is an understanding of the lifecycle of fresh produce and his team will tell you that produce that has been picked within the last few hours tastes very different to produce that has been refrigerated for days. The team’s aim is to gather ingredients that can be combined and highlighted in a dish, without competing for attention. Plating of the dishes will often be quite organic and they will use the environment where the product was grown as inspiration to tell the story.

Watching Michael plate the dish is like watching an artist at work and the resulting dish is picture perfect. The dish of berry and chocolate mousses, jellies, meringues, fresh berry sorbet, beetroot ‘flowers’ and frosted dill is reminiscent of a dewy bramble in the early morning and the flavour is just heavenly. Having walked through the gardens, picked the produce and watched the dish come to life, brings the story full circle. 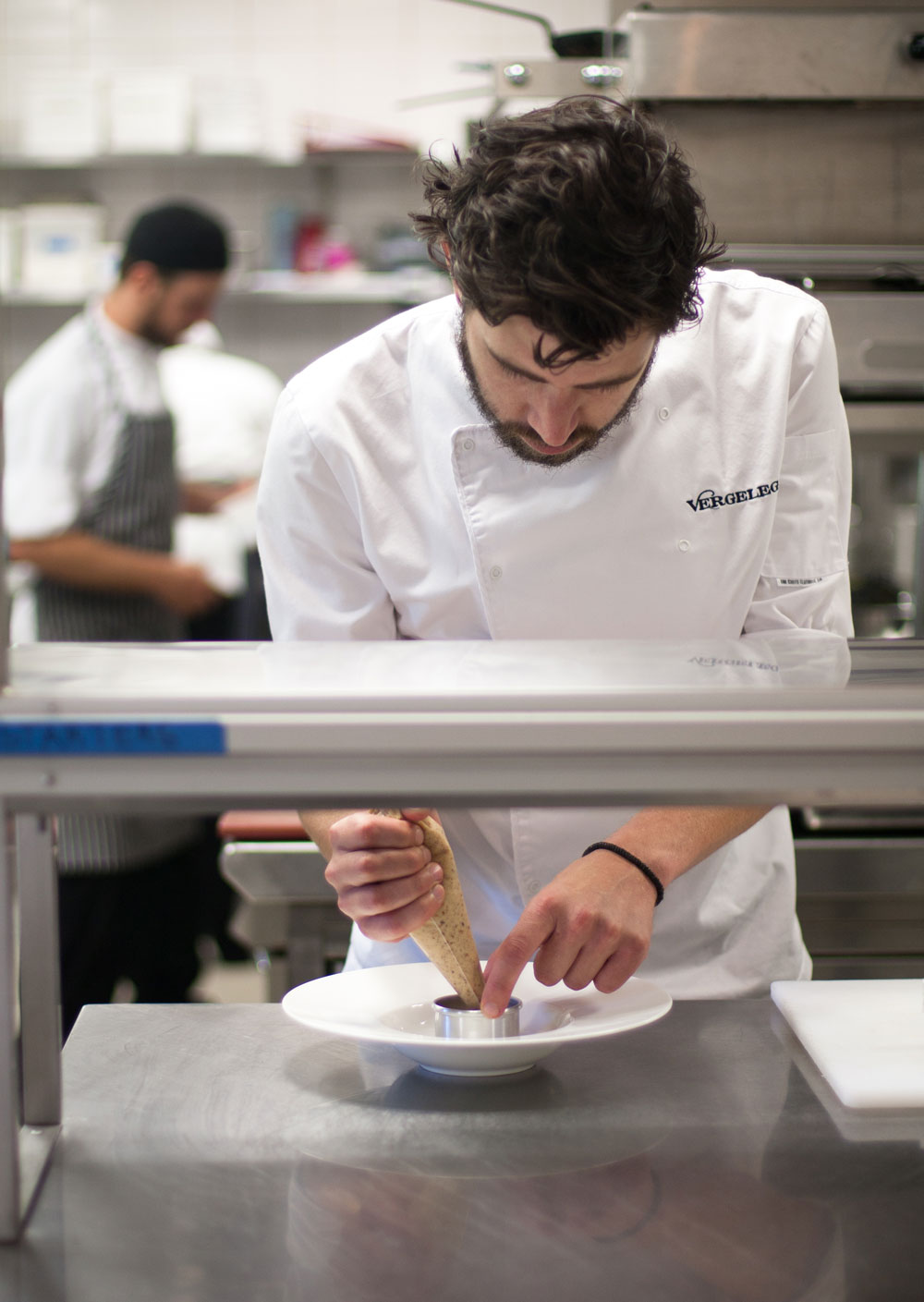 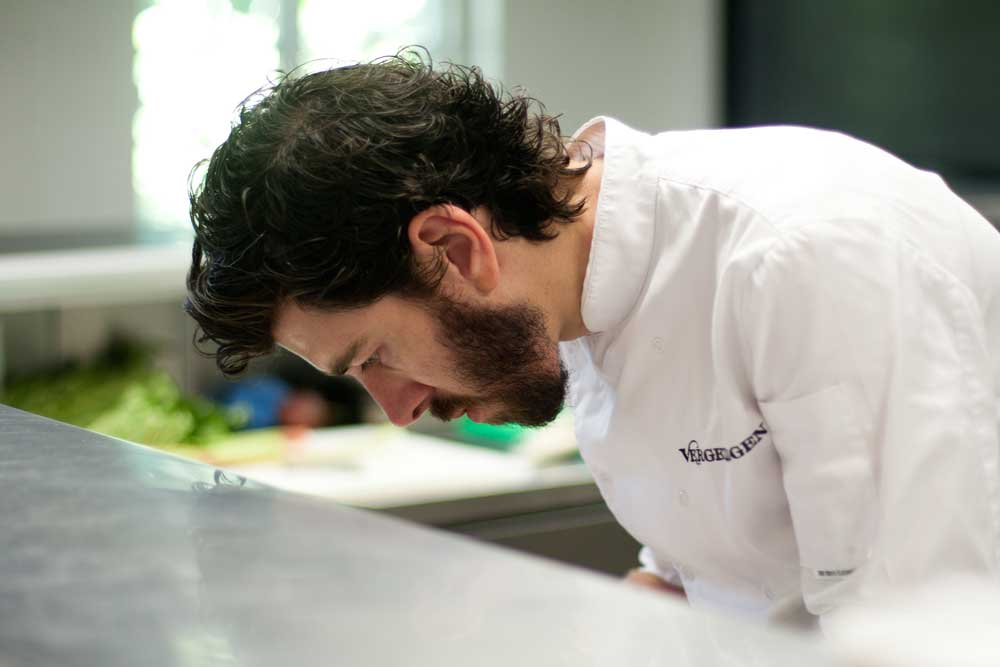 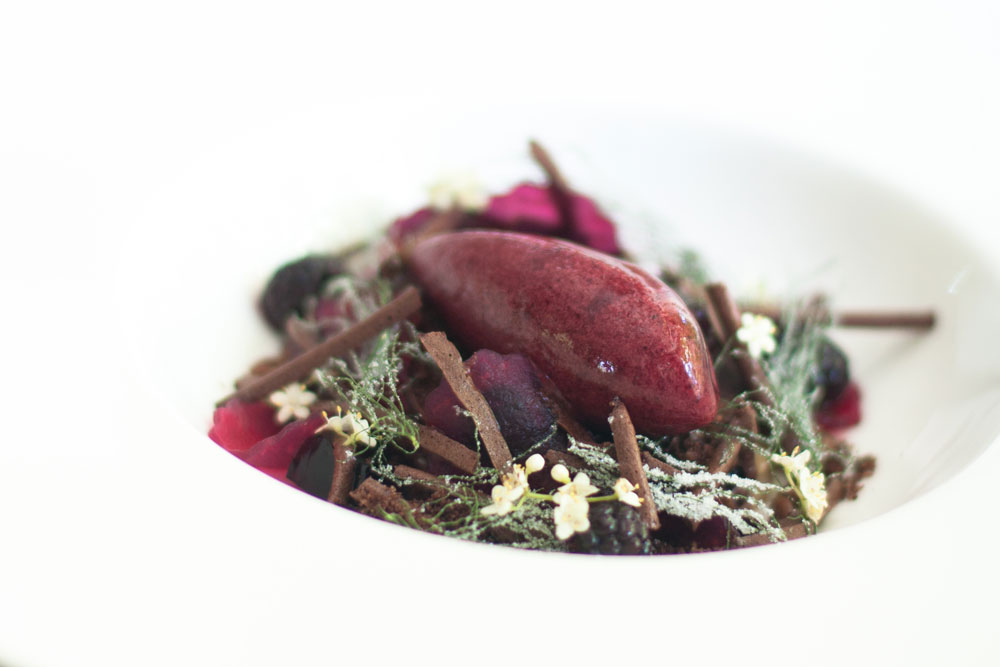 There is a huge emphasis on responsibly sourced, sustainable proteins these days, but less so for other elements of a dish. This journey through the gardens of Vergelegen highlights the increasing importance of knowing where all produce is sourced. Growing and picking your own, cuts out the need for packaging and transport, it raises awareness about minimising wastage and also results in far tastier, and more nutrient-dense food. When next you prepare or enjoy a dish, give a thought not only to whether the protein has been responsibly sourced, but whether the fruits, veggies and other elements have been afforded the same thought.

Feel up to the challenge of recreating chef Michaels dish? Check out the recipe HERE.