And that’s the  Cape Town Festival of Beer 2016, wrapped! Yes, I realise that I am a little late to the party here with a post fest round up, but it’s taken that long to get over the hangover. So how was the fest? In short, epic. The country’s finest craft brewers made their way to Hamilton’s Rugby Club in Cape Town for three days of beer, beer and more beer. There were over 200 brews from 50 different breweries, including our very own collab brew with Fraser’s Folly, Moerkoffie Condensed Milk Stout. 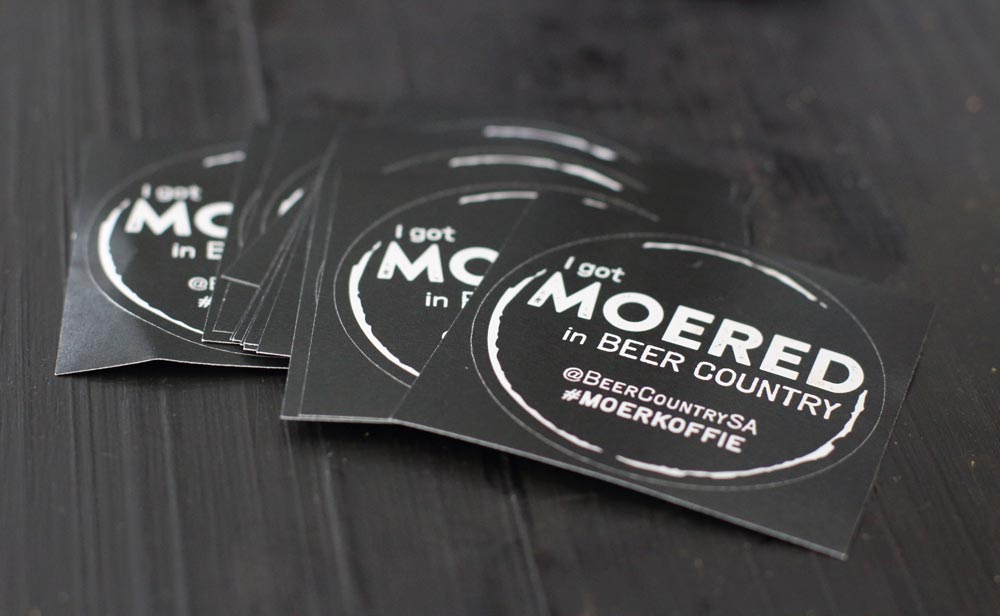 As it was our first time exhibiting, we figured we better build ourselves a simple bar to call home. After a quick trip to the local scrap yard, we put together a stand that we felt best represented Beer Country and Fraser’s Folly – a tin shanty complete with skulls and a stuffed seagull named Steven Seagull. With the stand built and the beers cold, the doors to the festival opened. What followed was a three day blur of great beer, awesome conversations and the Beer Country Chilli Challenge. 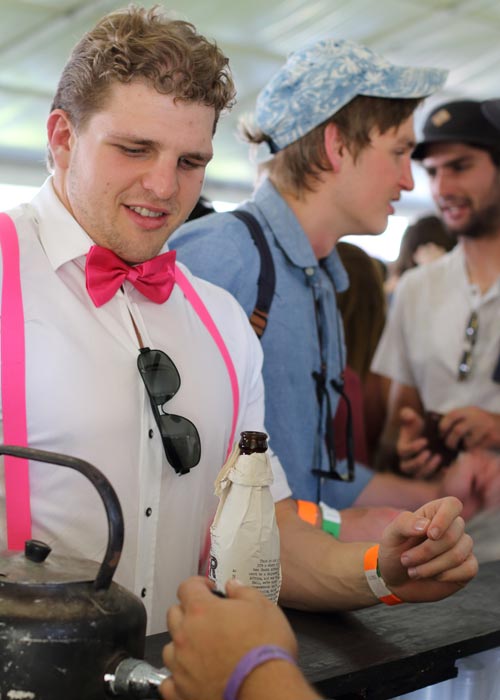 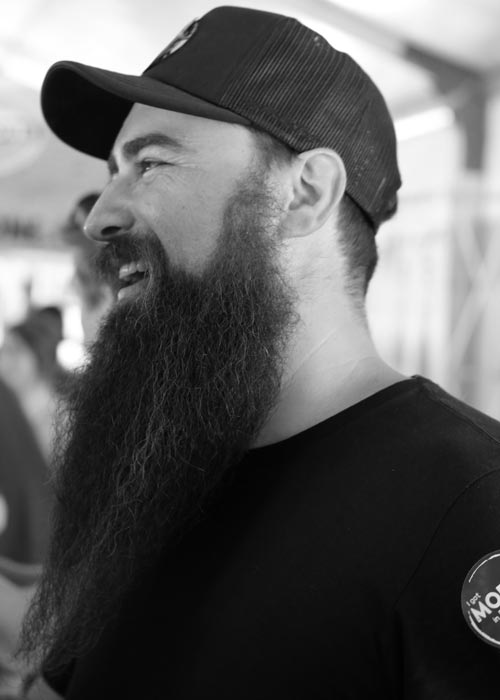 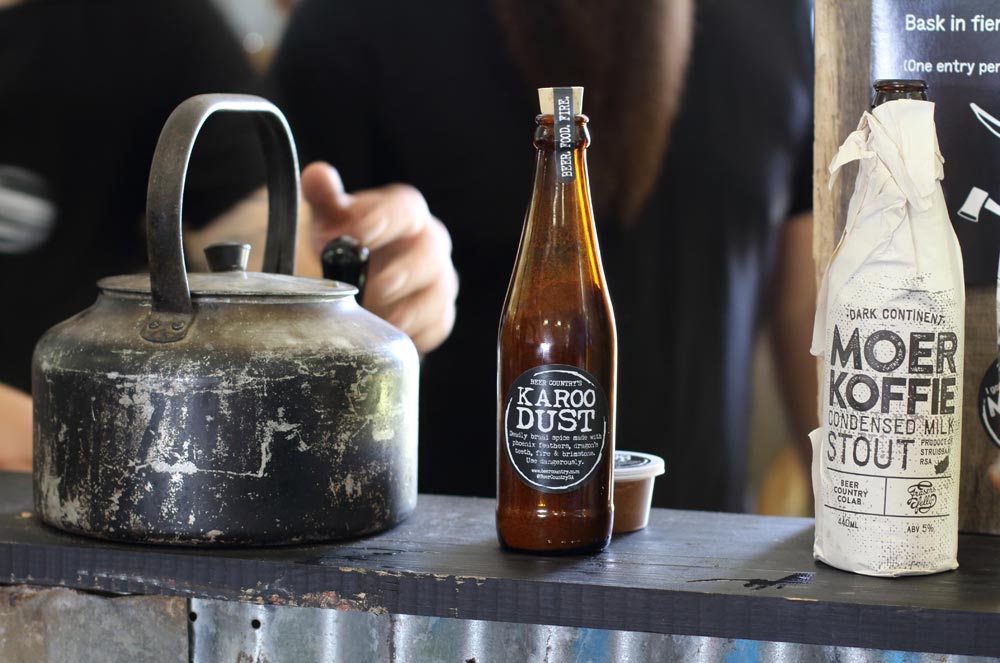 The selection of beers on offer at the fest was incredible. The brewers really stepped it up and it seemed like everyone had something new to try. A couple of breweries stood out in particular and we have to give a shout out to Devil’s Peak. They pretty much launched an entirely new range of beers and each one was interesting and unique. The eventually took Best Beer on Show and Best Hoppy Beer for their Grapefruit Express IPA.

Another shout out goes to Little Wolf Brewery, who was the pick of many a seasoned beer drinker for their hoppy American wheat beer. We would loved to have gotten to more stands to taste all the beers but unfortunately running a stand is a full time gig.

Back at tin shanty HQ we were slinging beers left, right and centre. The crowd was loving Fraser’s English style pilsner and pale ale, which is hoppy, delicious and super sessionable at 3.4% ABV. The thing I loved most about working the CTFOB was the amazed reaction on people’s faces every time we gave out a taster of Moerkoffie. The reaction was priceless and even when we got the, ‘I don’t like dark beer’ comment, the reaction was there. It’s taken us a long time to get Moerkoffie to when it is and we’re super stoked that it was so well received. 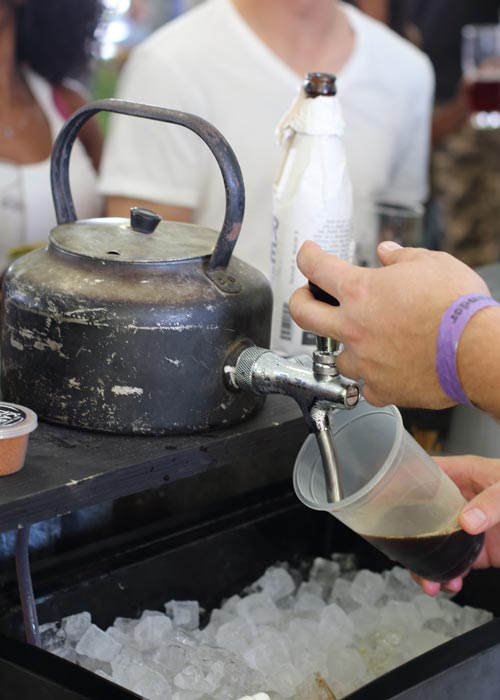 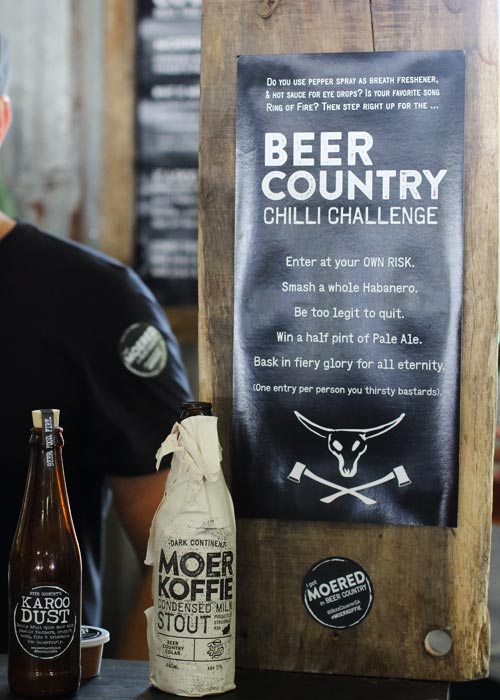 To add a little fire to the occasion, we decided to bring the Beer Country Chilli Challenge from our CTFOB brewers video to the fest. The premise was simple: eat a whole habanero, don’t die, and get a free half pint.

At best we figured we’d get one or two brave souls and a few laughs… oh how wrong we were. The Chilli Challenge took on a sadistic life of it’s own and we actually had to call it towards the end of each day to ensure we had enough chillies for the next day. What started out as a sack with over 60 habaneros was empty by the end of the third day. It’s amazing how far a little Dutch courage goes. Keep an eye out on our social media for the super-cut-habanero-fiery-pain-video which is coming soon!

And so we came to the end of another successful CTFOB. It really was a whirlwind of great beer, delicious food, awesome music, and a rugby game that we’ll not talk about. We had an incredible time and we even managed to scoop the award for Best Stand, which means we get free entry into next year’s fest. We’ll see you in 2017 for a Moerkoffie, a chat, and if you’re feeling brave why not try the Beer Country Chilli Challenge? 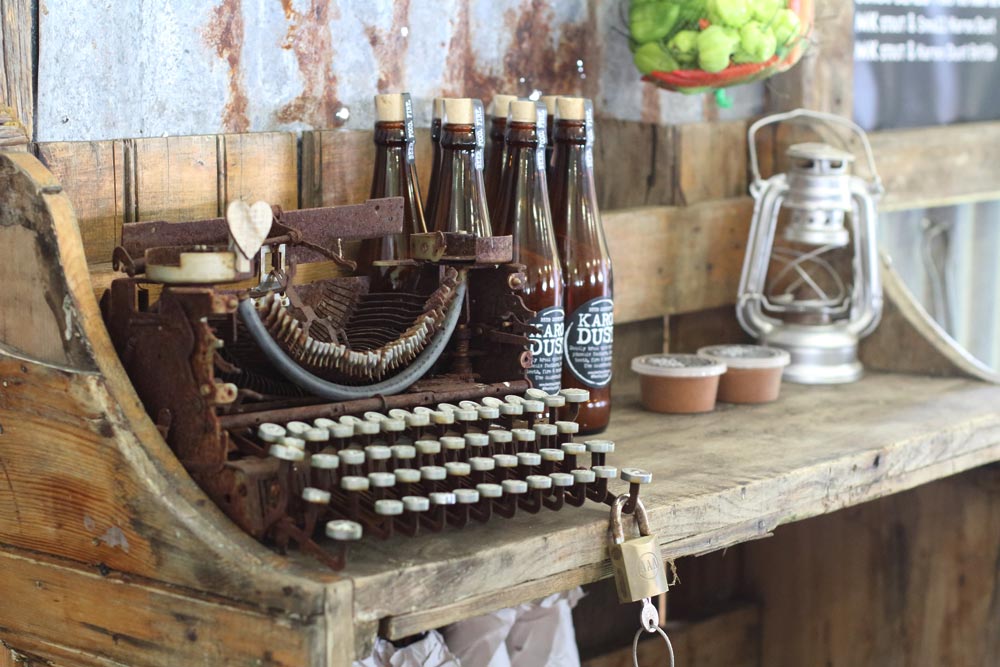